Cats do everything with a big chest, even stealing.

There is no doubt in the fact that cats will always stand out from other animals and that is because they have a very independent personality, sometimes referred to as fierce, which has sort of given them a free pass to do whatever they want to do. And by now, every cat owner has adjusted to this trait of the cats, and every time they do something rebellious, they are forgiven. And even if they aren’t forgiven, they just don’t care so it’s a win-win for cats.

Cats will do everything with a single drop of regret in their sweat. Be it breaking everything in the house to stealing stuff, their assess do not feel guilt. Today we are going to look at some pictures of cats stealing beds of the dolls. Yes, you read that right. These cats took over doll beds and claimed them like the beds were destined to be theirs.

Scroll down below to enjoy the takeovers.

1. Sorry but not sorry doll, this is my bed now. 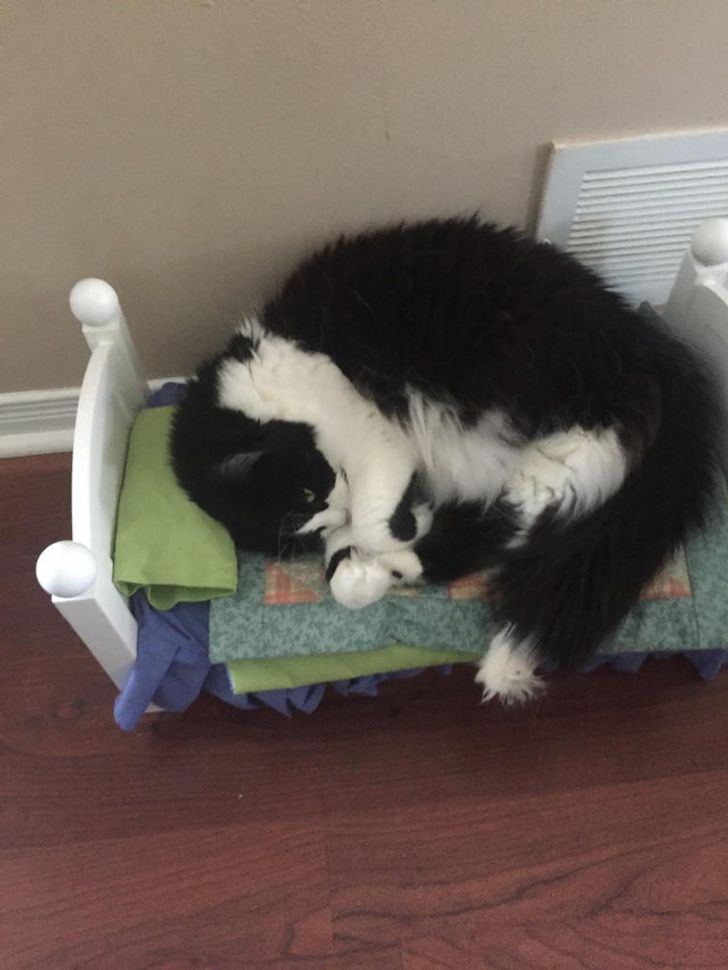 2. Tess, Daphne, and Archie own the doll beds like bosses. 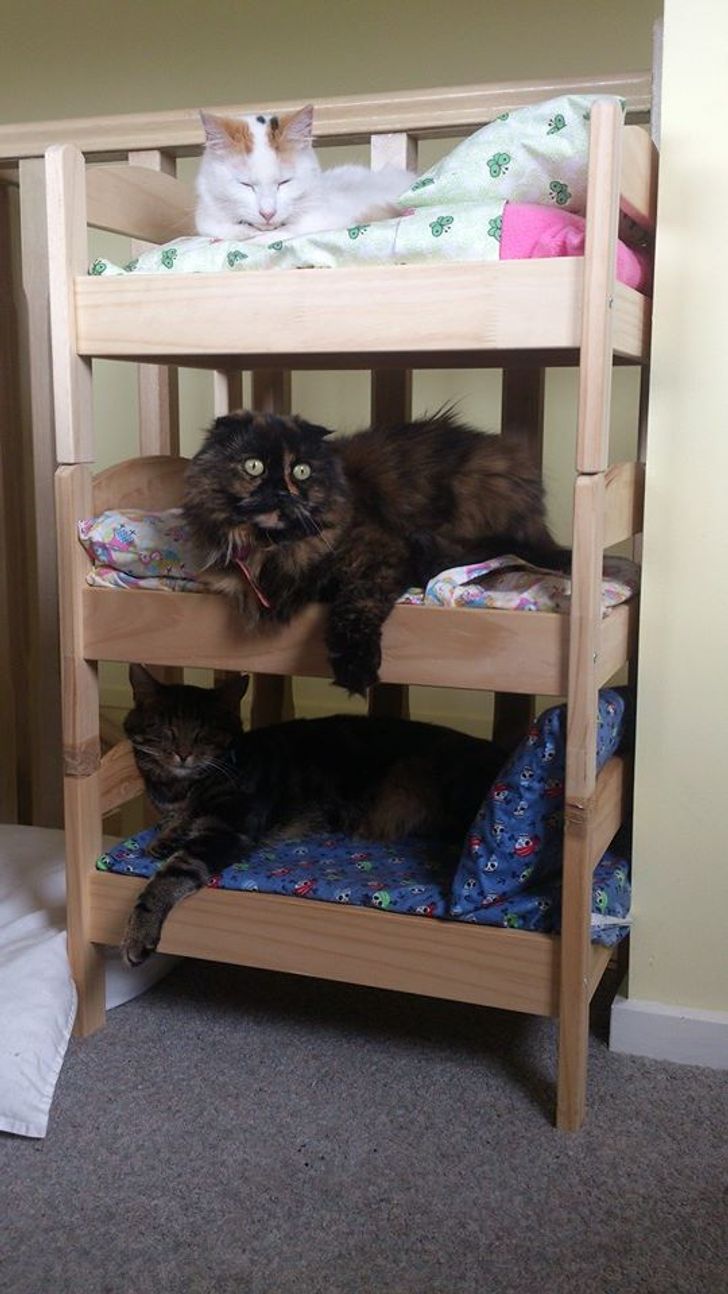 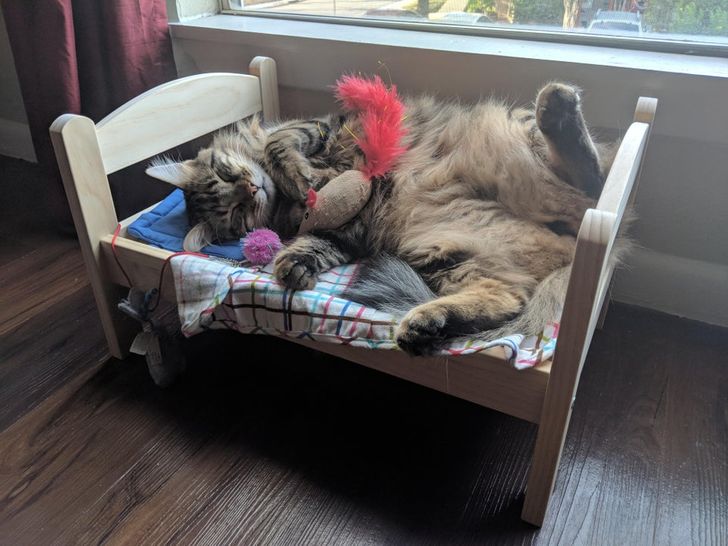 4. Biggest floof in the tinniest bed. 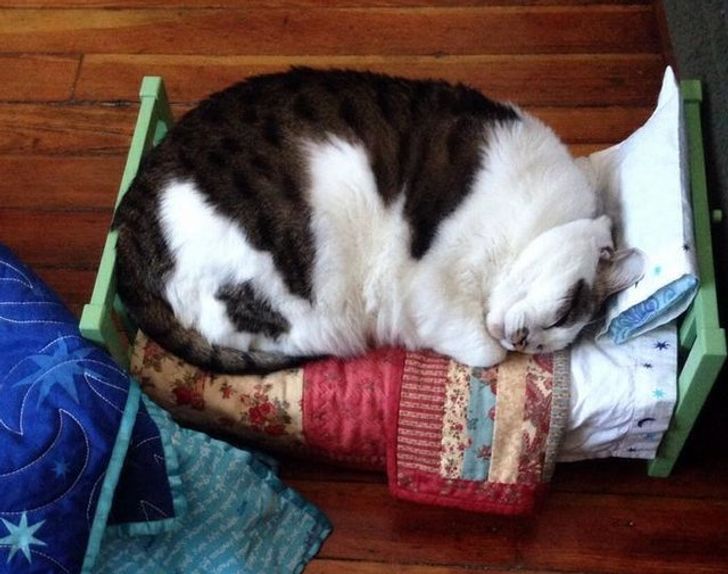 5. The views are perfect, the bed looks comfy, the blanket is on. This cat is having the best time of its life. 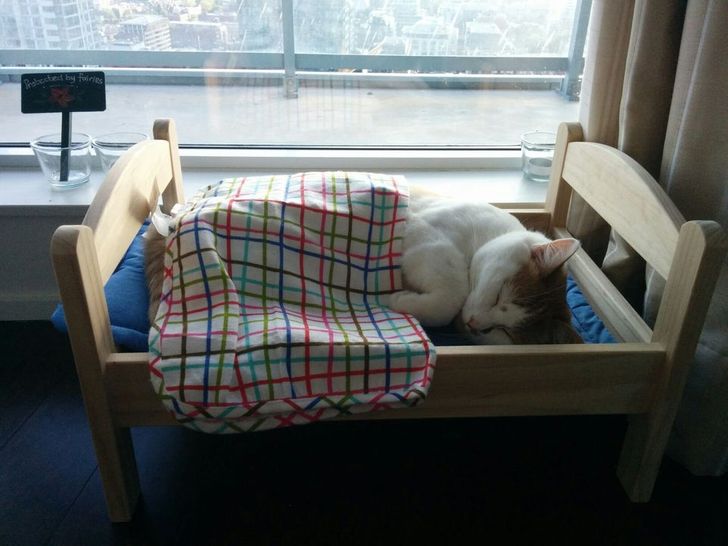 6. A hostile takeover took place that day and now the doll has no bed, the cat owns it. 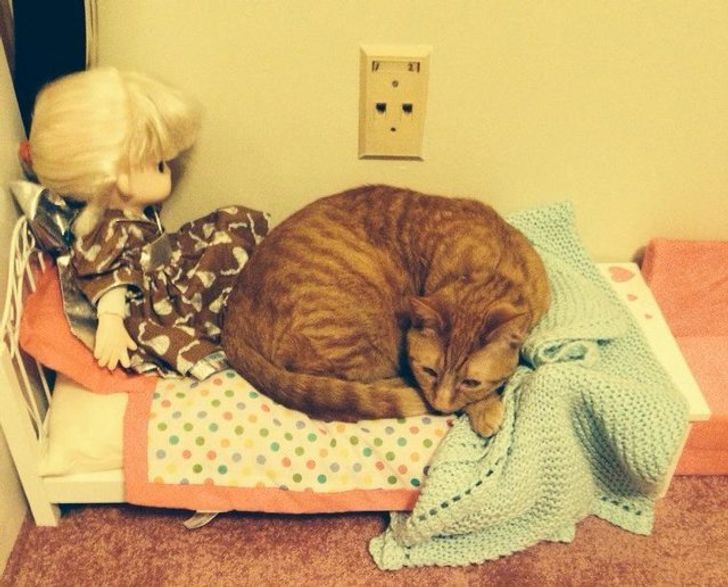 7. They got a doll bed for Christmas. No, it was not for the cat but who are they to decide. 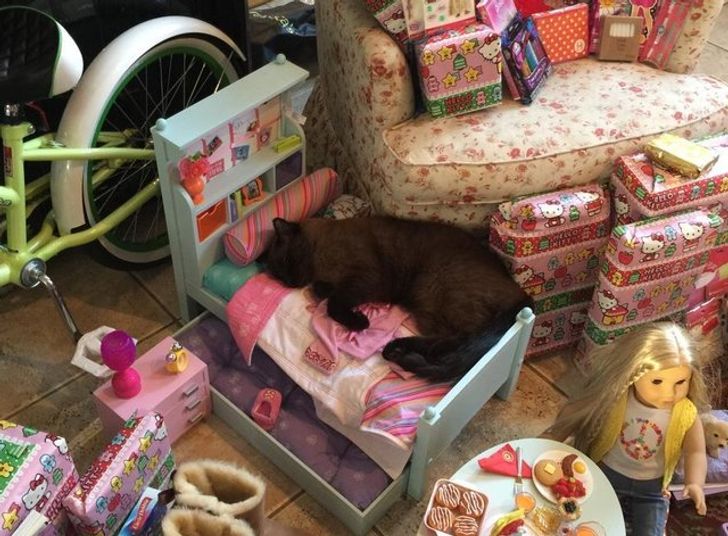 8. They had to extend the bed to 3 feet in order for their big boy to fit in it. 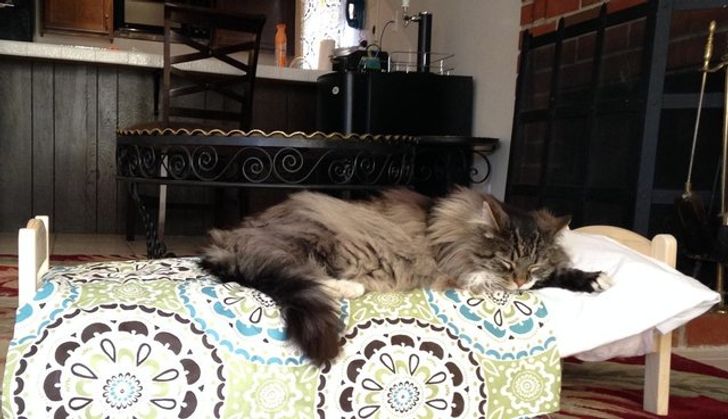 9. Oh my god, these cats have their own bunk beds. So cool. 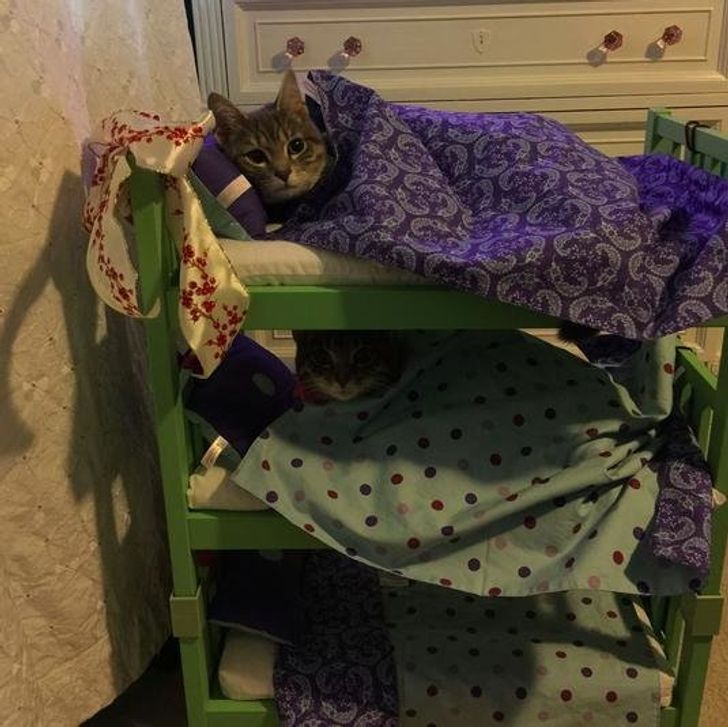 10. Ollie’s sister has a doll and that doll has a bed. Ollie liked that bed so he decided to take it. 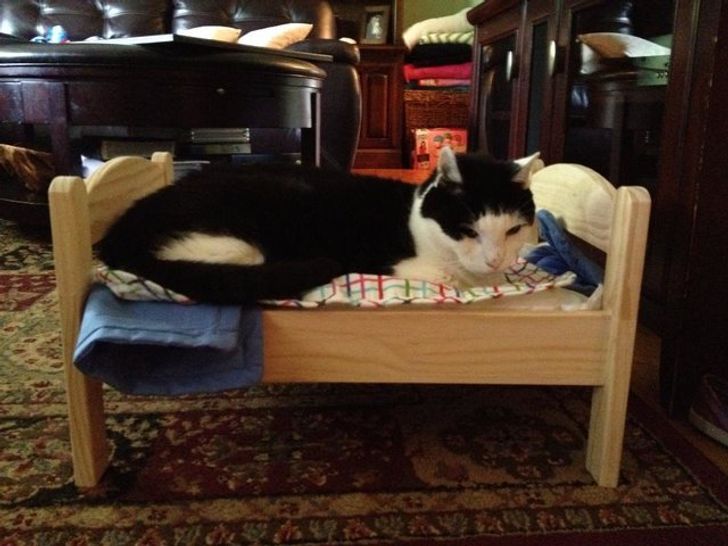 I swear this is so random, cats taking over doll beds and this is still going to go viral. That’s what cat content is all about. No one can hate it and cats just can’t stop delivering. An infinite cycle of entertainment, that’s what I like to call it.

Let’s enjoy some more pictures of cats stealing doll beds without any regrets.

11. Looks like the cat is enjoying its sleep on the doll bed. 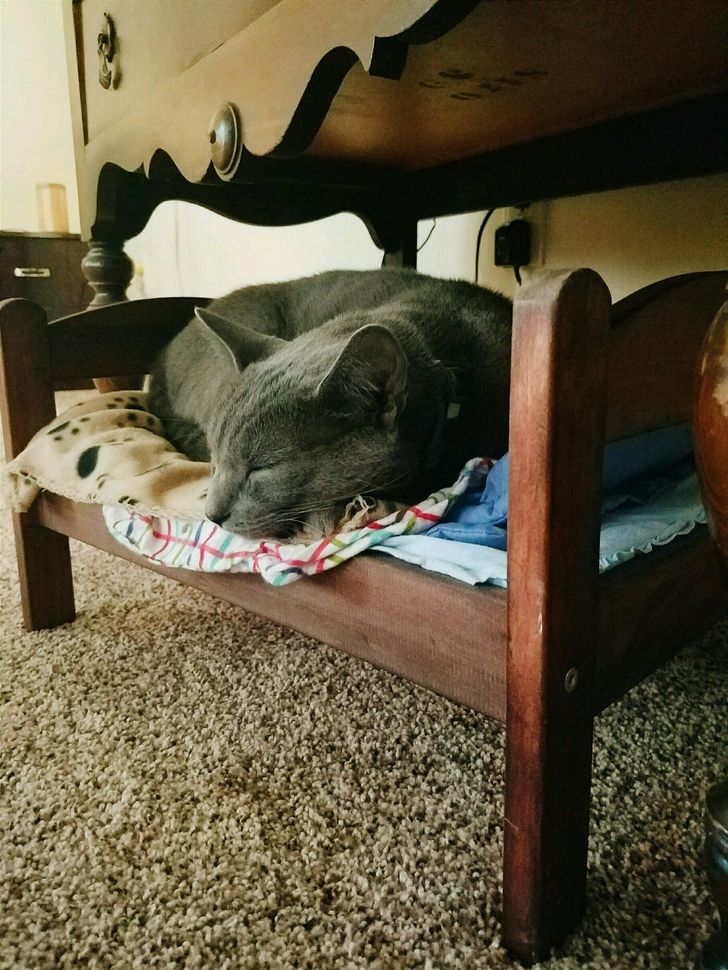 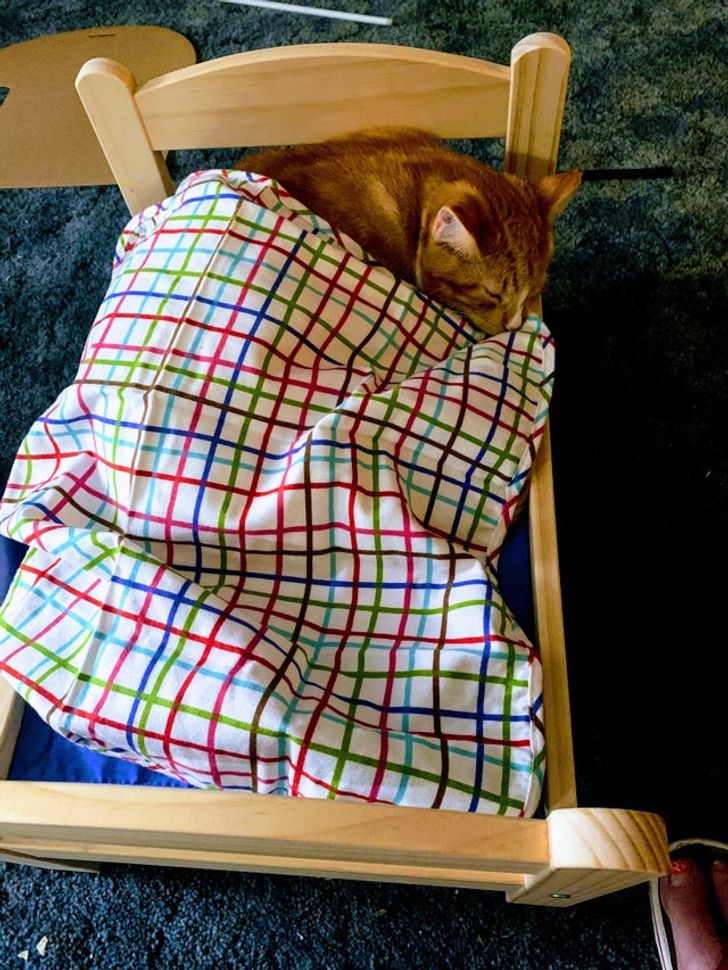 13. He extends his paws to cover the empty part of the bed so no one takes the spot. 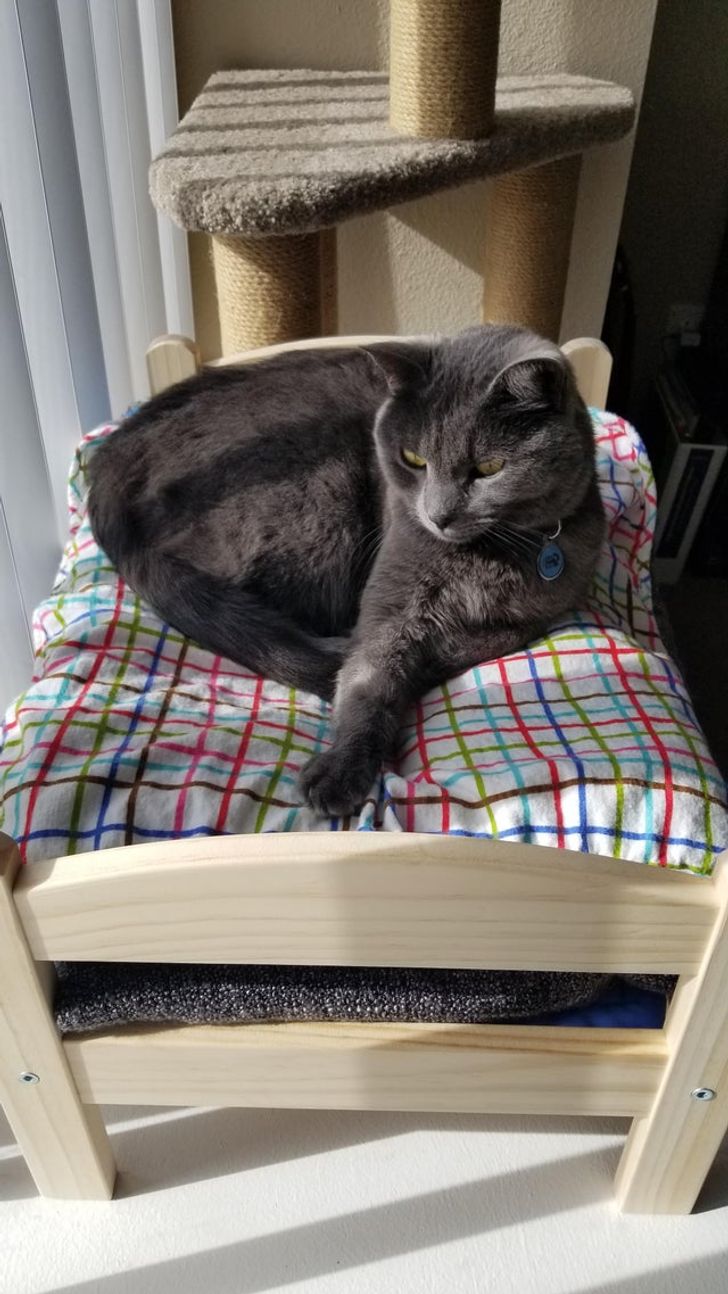 14. Look at Peddy, he is sleeping like a baby on that IKEA doll bed. 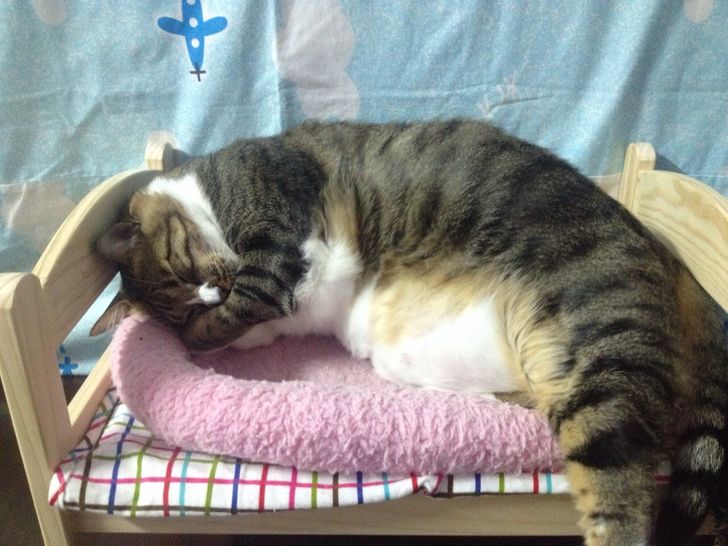 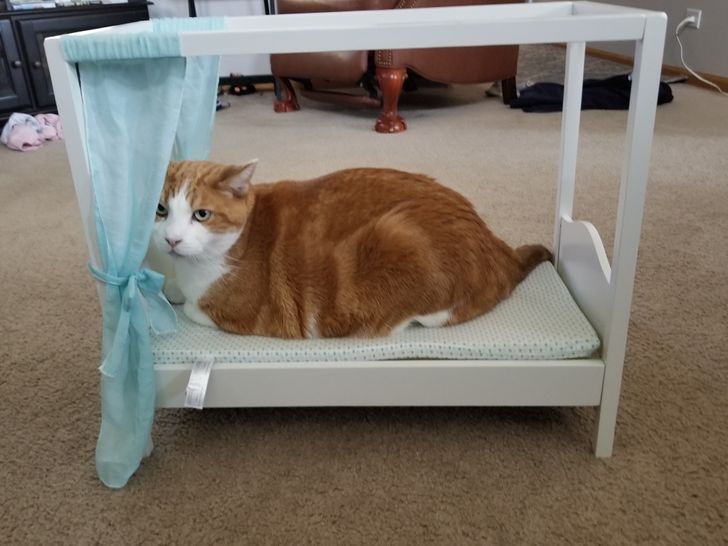 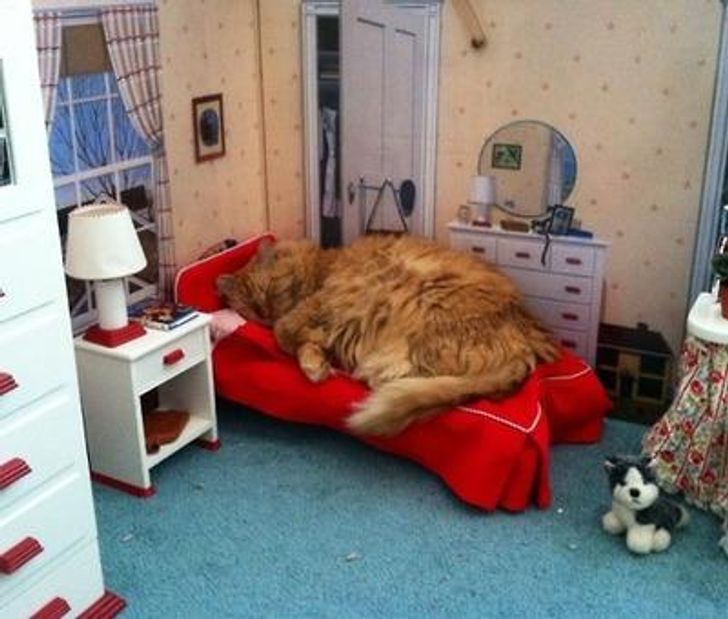 17. Owners want to get a bed for their cat so they found this doll bed and looks like the cat approves it. 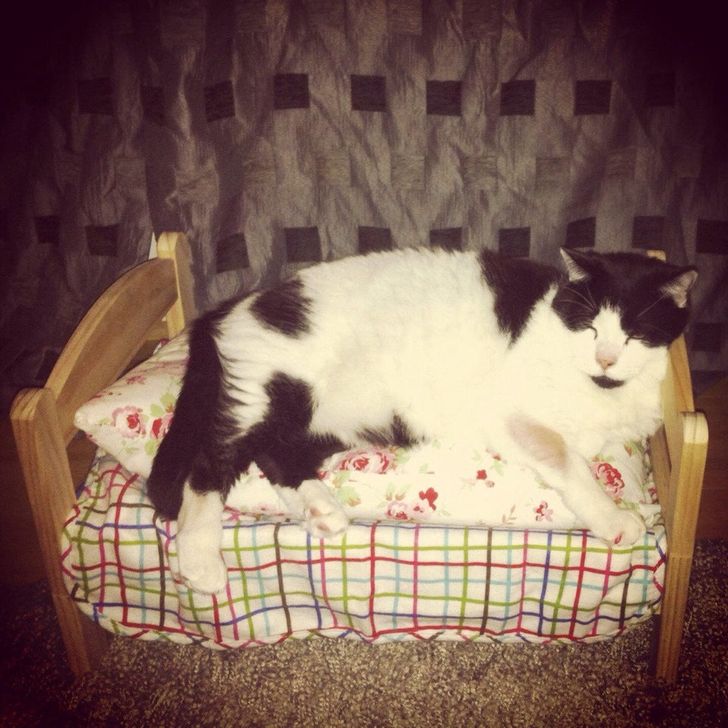 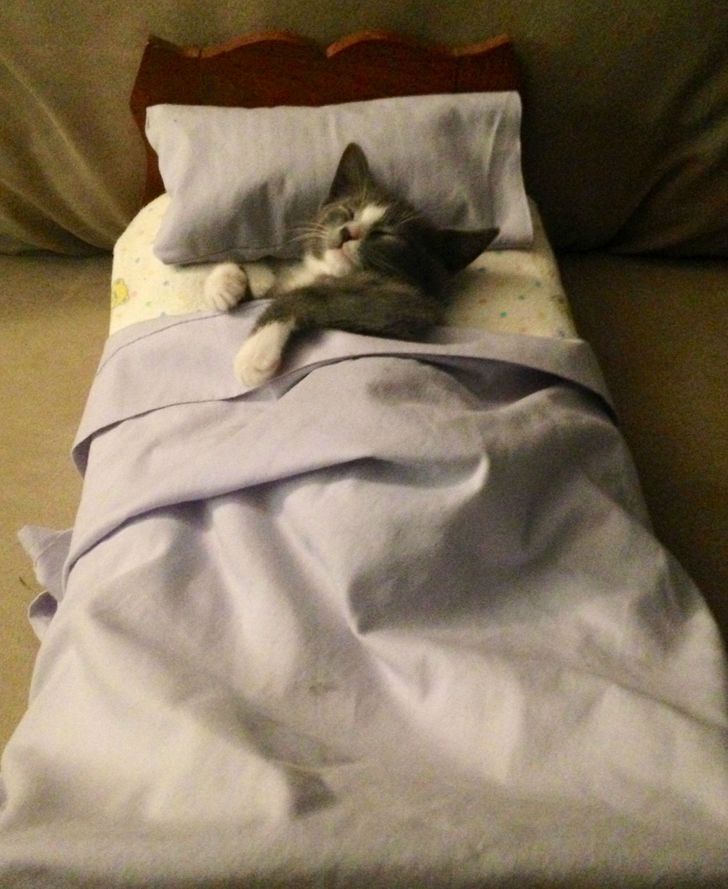 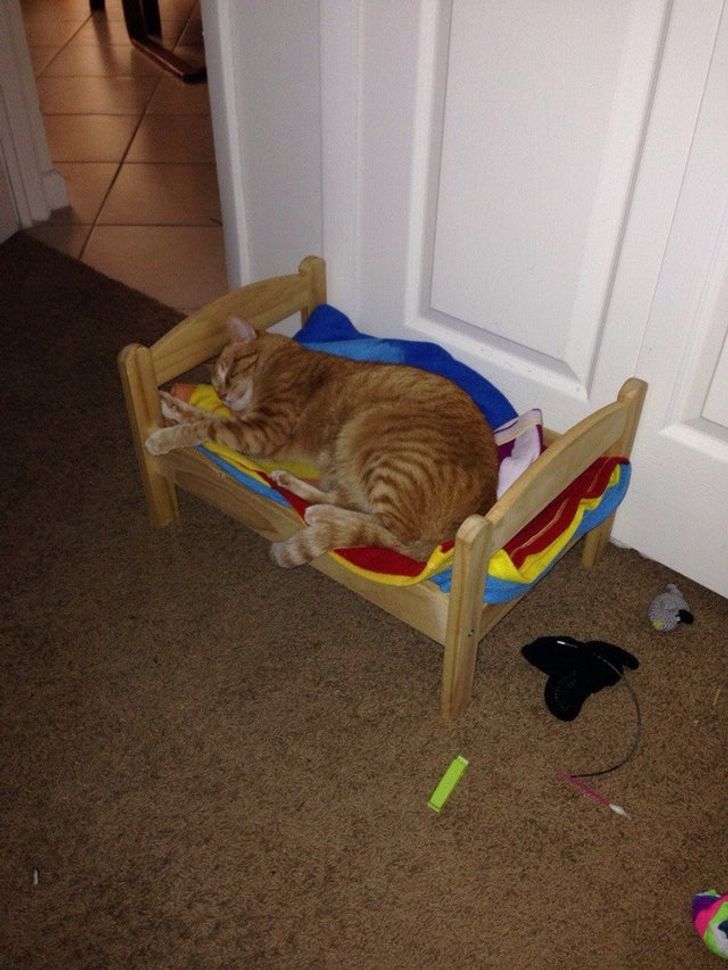 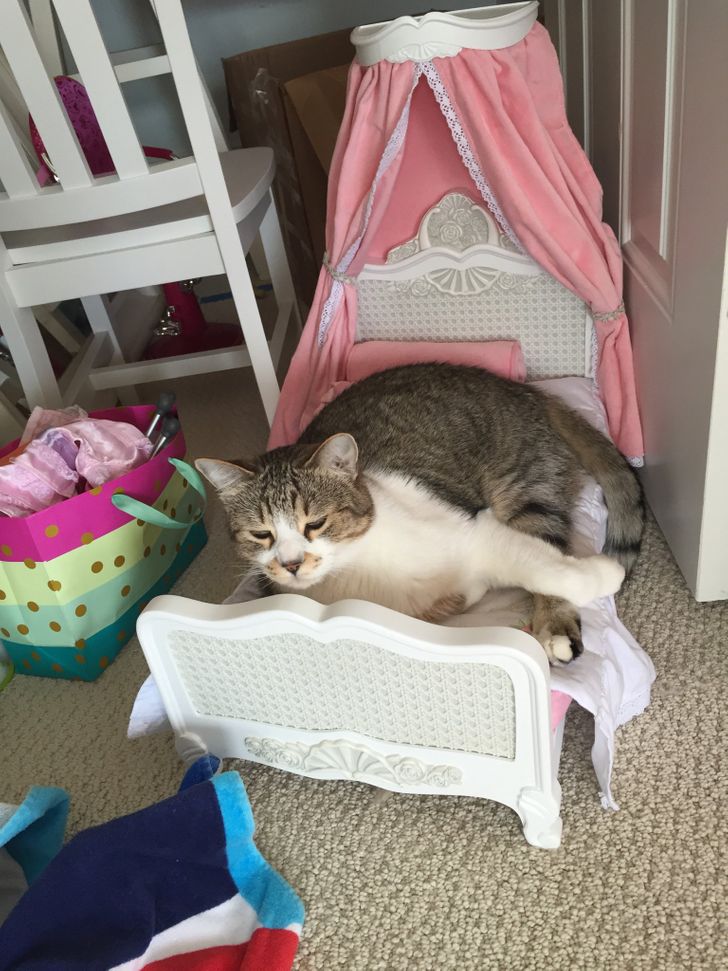 I really hope you guys enjoyed this one. Don’t forget to share your thoughts in the comments section down below. Told you, you just cannot hate on them.