Do you believe in second chances in life?

I don’t know about you, but I sure do. You see, second chances are no less than a miracle. Not everyone gets them. And surely not everyone is in support of the person who gets them. It’s a rare thing indeed, and lucky are those who are blessed with it!

And we have a story to share with you today that pretty much revolves around this concept. But first, tell me, are you into tattoos? If you are, then you know exactly how important it is to give everything a good thought before you get one. Everything matters here. The sort of tattoo you want, where you want it, and by whom you want to get it.

And after you have gone through every detail and have selected everything you will hope for the best and get your desired design. However, not everyone thinks this way. There are always some people who take things too far. In this case, it was this one crazy customer who did a little extra investigation into the life of his tattoo artist and discovered something he didn’t like.

However, the best part is the way he reacted after making the discovery. But, the management didn’t sit quietly when the client crossed the limit and responded in the best way possible. Following is a screenshot of the conversation. So, scroll down and take a look!

Here is the Tattoo artist.

And this is the conversation. 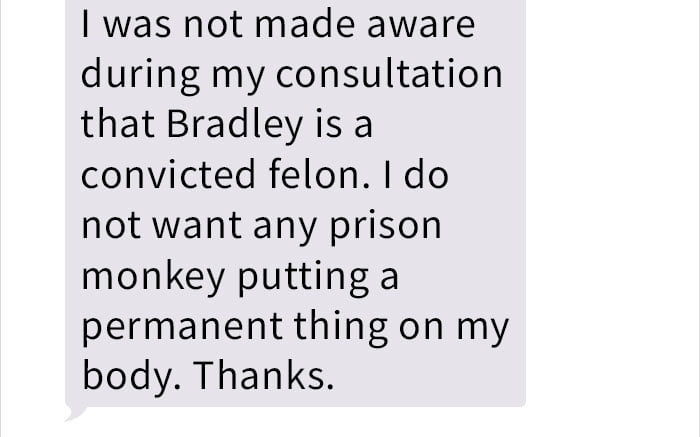 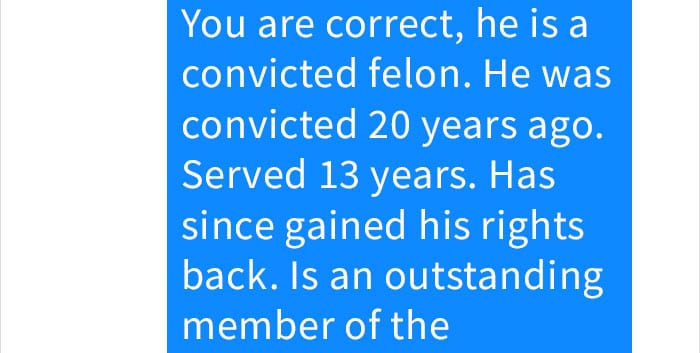 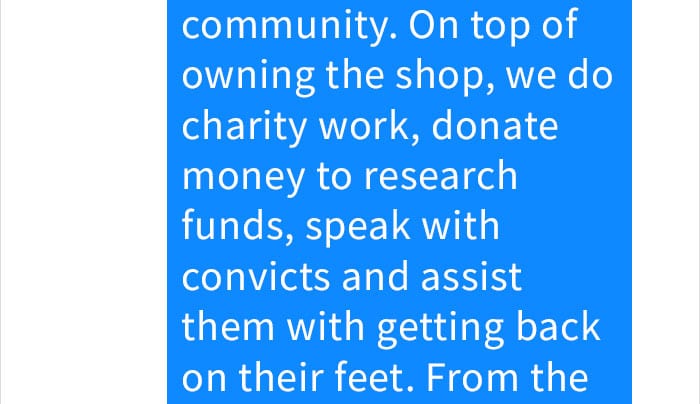 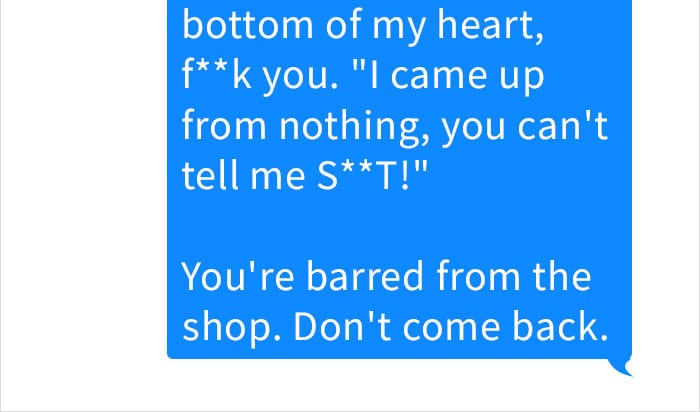 Here is how people reacted to all of this by giving their opinions and also by sharing their personal experiences! 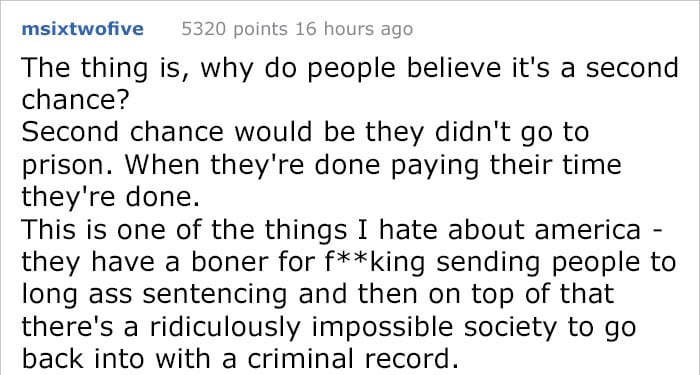 Exactly! If people are still holding him accountable for the crimes he committed, then what was the time that he did in prison for?

Each one of them is right. 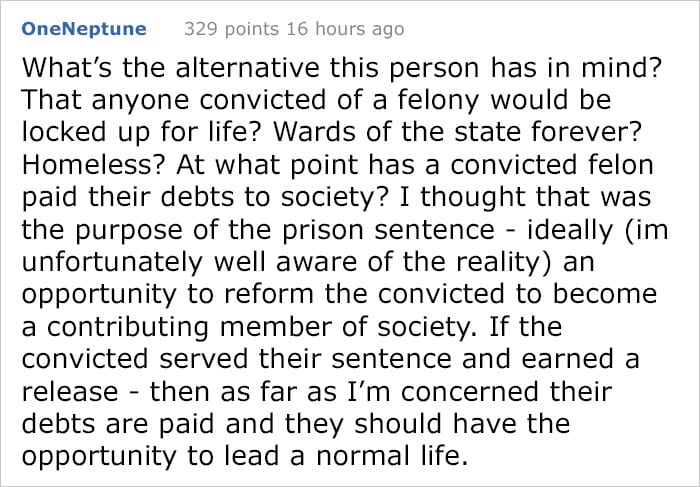 And that’s not all. When the screenshot of the conversation was posted on Instagram people started ranting and went crazy over how pathetic the customer was. Here are some of the best responses from the comment section, and they make complete sense!

Well deserved response, everyone should get educated about the prison state the US had become and it’s because of that count right there that makes it difficult for a reformed citizen to get back on their feet after coming out of hell. – nathan_sway (via Instagram)


If Karen’s bitch ass asked for a refund and convenience fee after the tattoo because it hurts I would slap her silly and the tattoo make that shit sting. – tylermredtattoos (via Instagram)

I don’t get it! What about their hairstylist, the maid that cleans their hotel room, the guy who made their sandwich for lunch, the cashier at Walmart, the gas station attendant at 7/11, the contractor who built their house, the mechanic working on their car…do they ask every working, contributing member of society about their individual background and criminal history?! I can’t even.– laurathran (via Instagram)

There is much more to a person than what they appear to be!

My dad went to prison when he was 18 and served 5 years. Since then he’s gotten his shit together had 3 kids and worked his ass off to support us. He is the most hardworking man I know. Not all ex-convicts are bad people. Humans make mistakes, and sometimes really big ones. What matters is that they try to make it right and become a better person. – _blood_pact_babe (via Instagram)


i LOVE when they’re entitled and ballsy enough to feel they deserve their non-refundable deposit back. but this one takes ballsy to another level to ask for more on top of it. – bwbeautyyxe (via Instagram)

I hate people who think that way about people who go to jail, jail should be a place where people can learn and then come back into society, yeah people do fucked up stuff and that sucks but if someone can become a better person, in most cases I’m willing to give them a chance. – sea_squib (via Instagram)

Honestly, I couldn’t agree more with this person! This is so true.

Basically that dumbass is saying that she prefers an ugly tattoo from someone without a record than an awesome tattoo from an excon. It makes no sense because having no record doesn’t automatically make you a good person. You can be a very bad person and never get caught. You can be trying weed for the first time and get jail time in some states so the argument is just bullshit. – vtgcamera (via Instagram)

So that’s all folks. The client surely deserved the treatment he received. And not only did that person get an epic reply but also he/she has made it clear to the world that such judgemental people still exist in our society. (Whoever you are, I hope you are reading this tho).

Anyway so, that is what most people including me think about all this. Now, what is your take on the whole situation? Do you believe someone who has already paid the price for his/her crimes, and is trying to be a better person be treated like this? Or do you think otherwise? Let us know in the comments below! Peace.