Never judge a person by how they look.

We have known this since we were children and yet we still tend to judge people by their appearance. Especially when it comes to one’s ethnicity. Even if a person is 100% Asian, they might still know Spanish or any other language. As people from different countries come together many are fluent in more than one language.

So it is always recommended to not be rude to someone just because you think they can’t understand you. The following fast food employees got the brunt of this as they thought it was a good idea to insult a customer in Spanish. Unsurprisingly the guy knew Spanish.

It is never a good idea to do this.

But these employees are gonna learn that soon enough.

I love the name of the place if I am being honest.

I could never have been this calm if I heard someone insulting me. 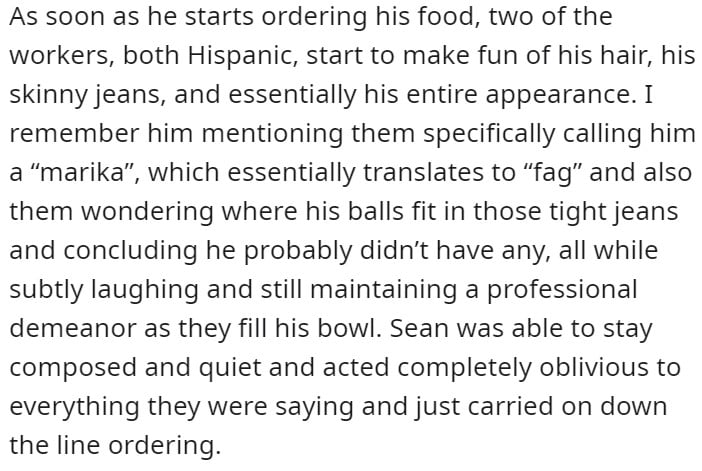 And this is when things get much more exciting. 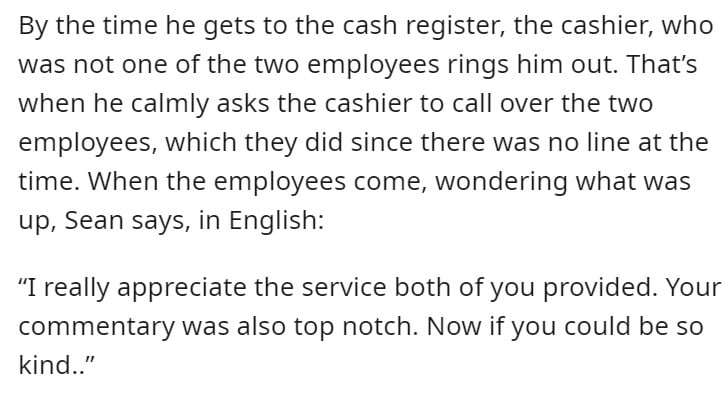 The employees got what they deserved and he got free food so win-win. 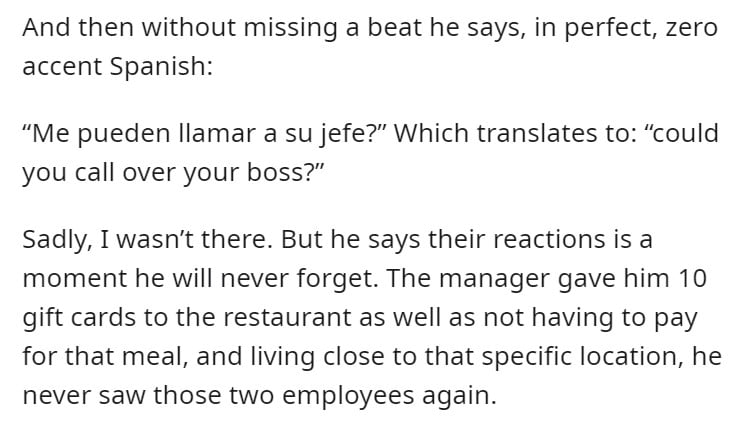 For those of you who don’t like to read even though this story is worth it.

I am sad to say that this has happened to even me once or twice in my life even though I only know two languages. I have no idea what people are thinking when they decide to talk about you in another language. Either be upfront about it or just don’t talk sh*t about someone if you can’t say it to their face.

As you can imagine, people had their own similar experiences to share. 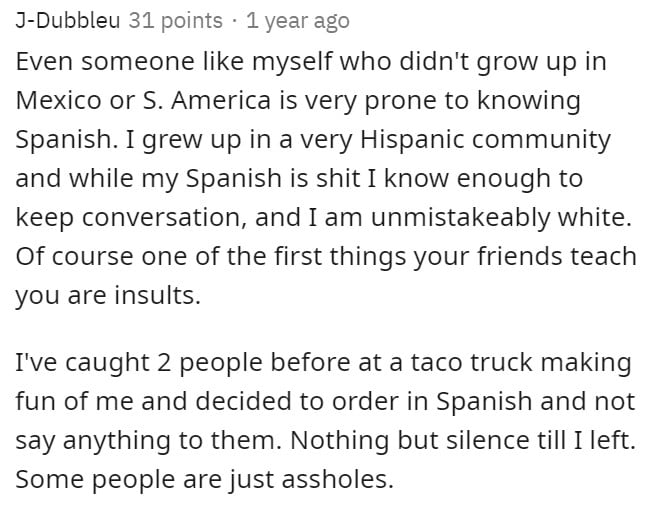 From those of you who don’t know, it means dumba**. 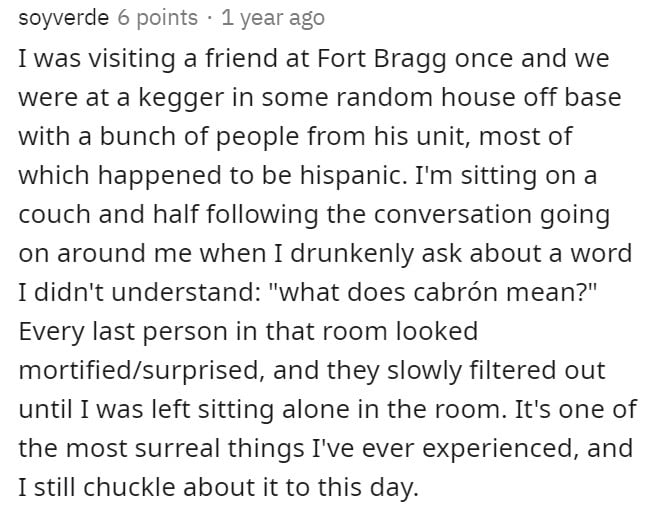 So are you able to fus roh duh people then?

He didn’t insult her though? It’s more so a compliment than anything else. 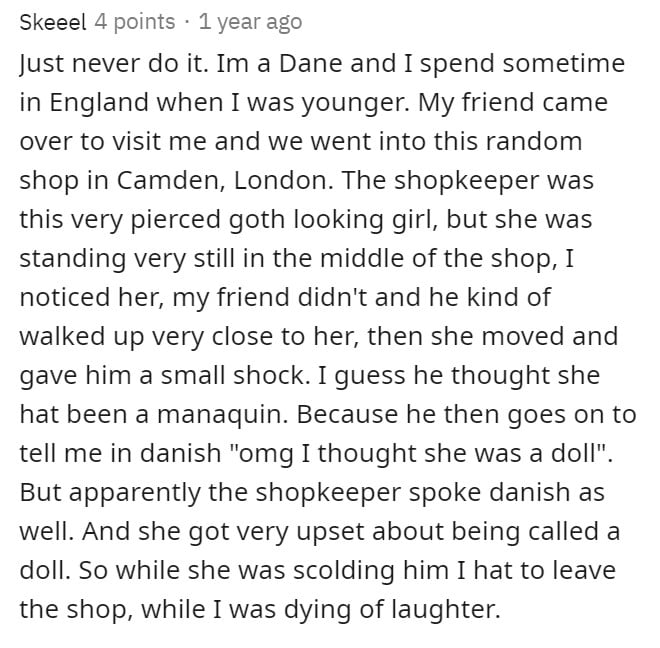 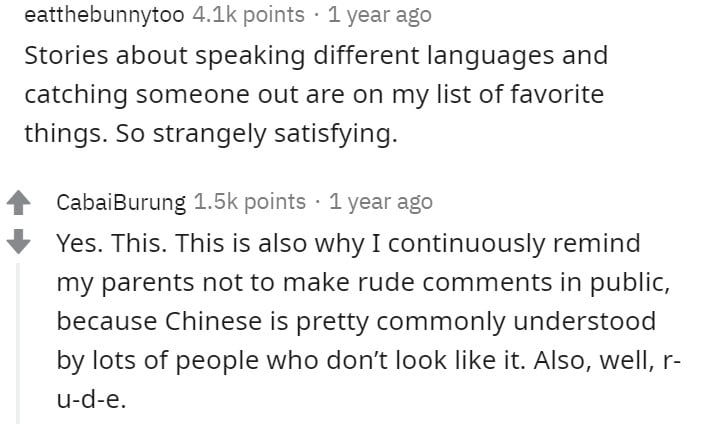 These guys deserved much worse. 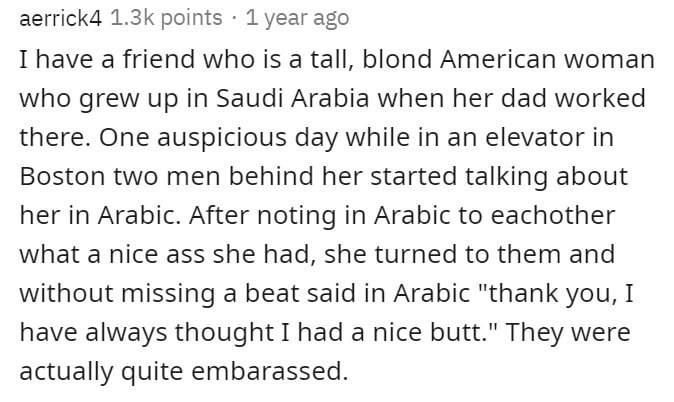 Pro tip: If you’re doing something wrong, don’t talk about it in any language whatsoever. 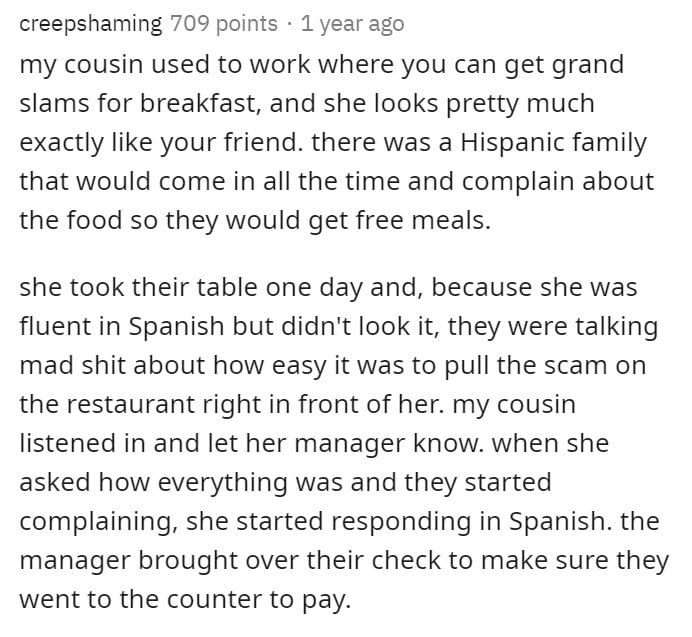 Have you ever experienced something like this? How many languages can you speak? Let us know in the comments below.