There seem to be endless stories of people being entitled on the internet. Everyone saying that they deserve what someone else has, and this is no exception. A while ago, there was an image that went viral of a mother saying that all moms should be allowed to skip lines in coffee places because them being mothers is enough to give them the priority for coffee. As expected, it did not go well.

This mother wanted to purchase someone’s dog from them, because she liked how he looked, and offered to pay $300 for him. To put that into perspective, a trained service dog can go anywhere from $15,000 to $50,000 according to a quick internet search. In fact, it costs more than $300 to own a dog in the first place at all, all medical costs included. So this woman was really demanding and quite entitled. 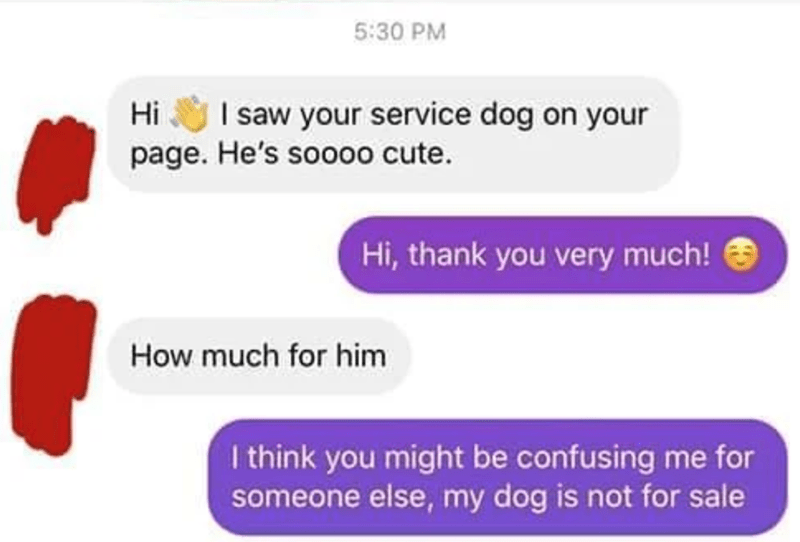 #2 Of course her son was diagnosed. 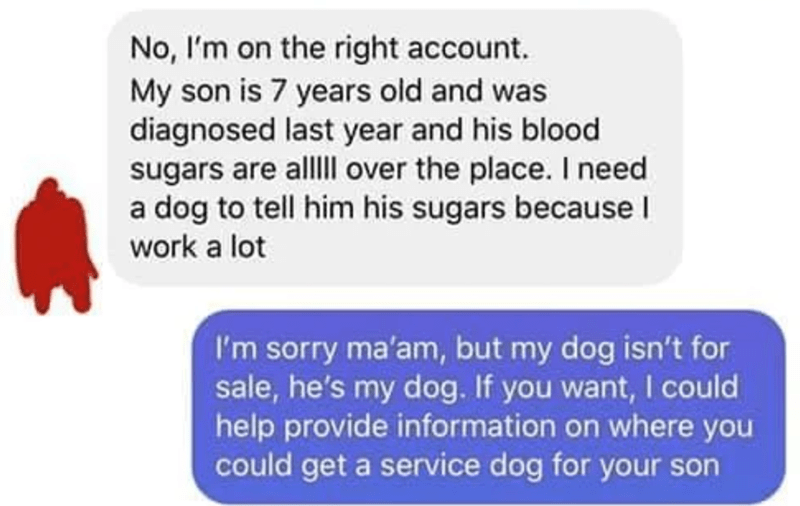 Obviously the parent dosent even understand her kids condition/is making it up. People with diabetes dont NEED a service dog to survive. Can it be helpful? Yeah. Are you gonna die simply cuz you dont have one? No.

#3 He has gorgeous blue eyes. 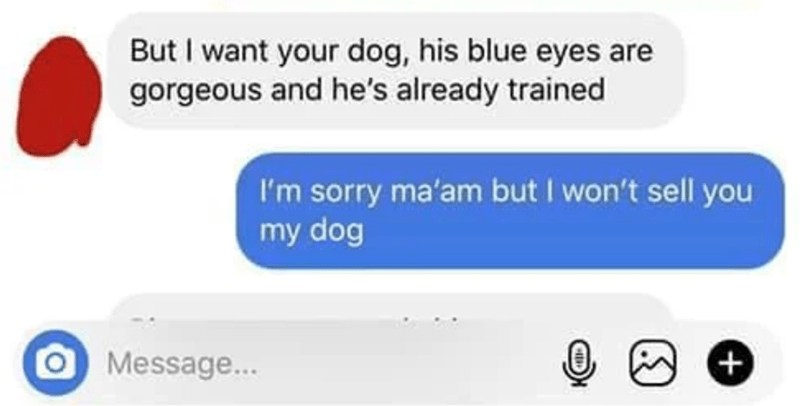 There are service dogs trained to detect changes in blood sugar (your smell changes). Of course she assumes all service dogs are trained for all things, that he/she isn’t attached to the dog (s)he’s spends 24/7 with abd I’m sure considers family. Oh and service dogs fully trained are 10k+ in the US.

#4 Wants her to drive over one thousand miles. 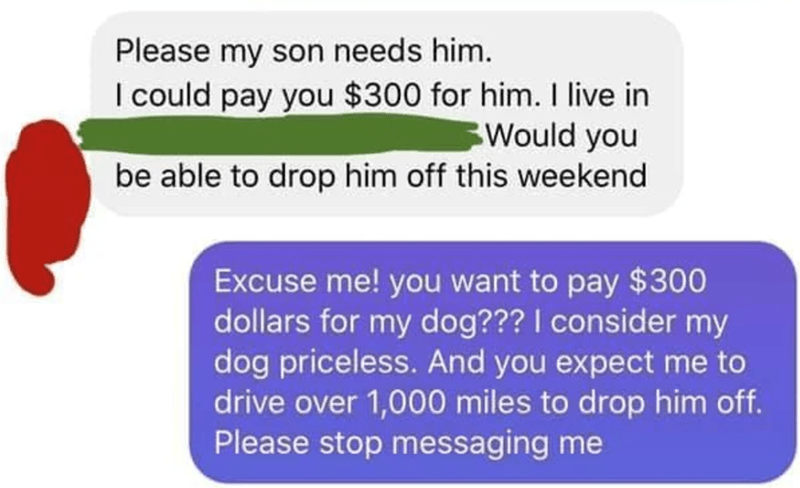 People gave their own stories too:

I had a friend of a friends mother go batshit on me, as she saw a lovely thing I had knitted for a my friend’s mother for her birthday and didn’t want to pay me for one of her own.. but you made it for her why not me. Because I know her. She babysits my daughter, she helps me out if needed.

I used imported alpaca wool, spent over 60hrs working the pattern etc and like fuck I was going to spend that money and time on a total stranger who’s up in my inbox making demands of me.

I wish I kept the inboxes. She didn’t even say hello. It was straight ‘thah scarf thing you made for friend’s mother, I’d like one by Tuesday in green thanks’. I was reached out to by the daughter who was mortified when our friend was like wtf is wrong with your mother

#5 Her true colors are revealed. 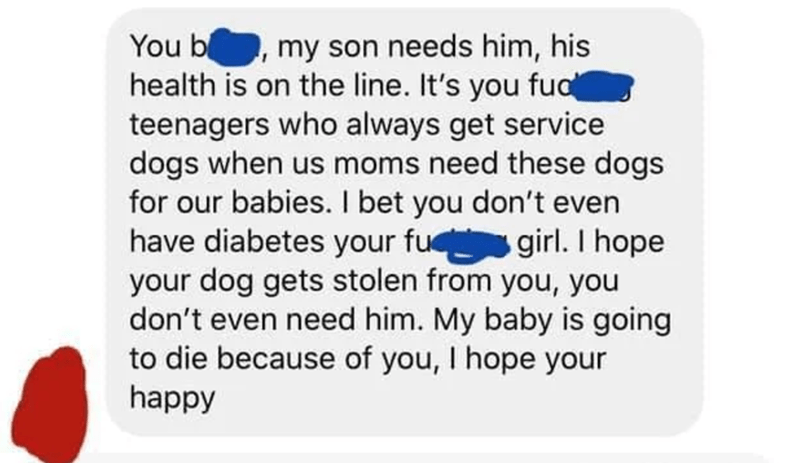 What do you think about this? Do you think she should have said something more vicious back, or was it better to be the bigger person? Tell us down in the comments.