Your name usually defines half of your personality.

We don’t get to pick our own names. It’s all in the hands of our parents. So, if you have a unique and cute name, thank your parents. I’m glad my parents named me Sara. It’s nothing difficult and no one has ever made fun of it either. I feel sorry for kids with ridiculous names. They get bullied over something they can’t control. Parents really need to choose their child’s name carefully.

When you’re in a relationship, you have to work as a team. Staying together requires a lot of sacrifice and compromise. You need to take care of your partners wants and comfort level. Do not do things that your significant other doesn’t consent to. Apparently, one man didn’t get the memo. A guy on Reddit shared the story of his sister and her boyfriend. I’m not going to spoil the rest of the story for you, so read it down below:

To understand the story, you need to get to know the cast. 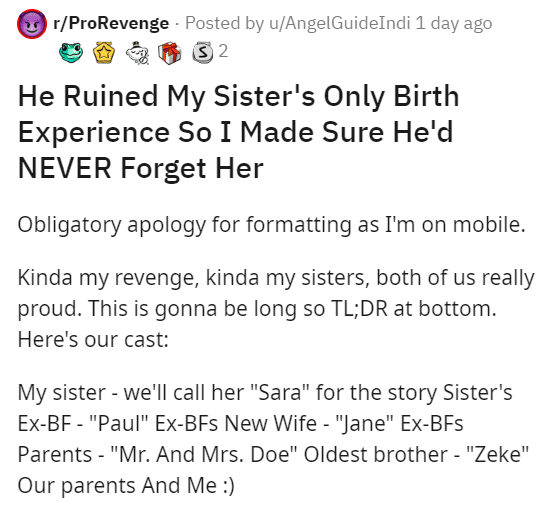 Sara’s pregnancy experience was horrible, to say the least. Her boyfriend wasn’t very supportive as well. 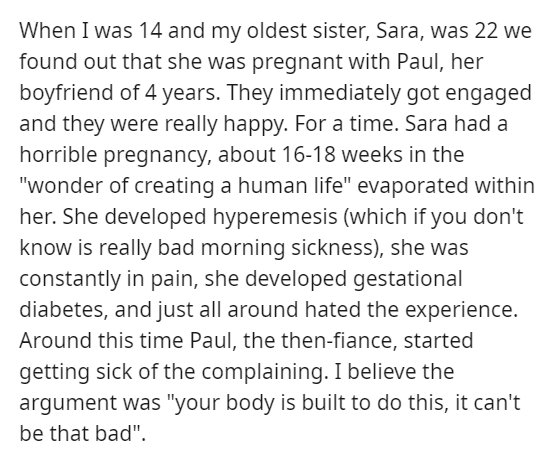 The boyfriend’s parents wanted to name him “Valentino” because of Valentine’s Day. I can already imagine his school mates making fun of that. 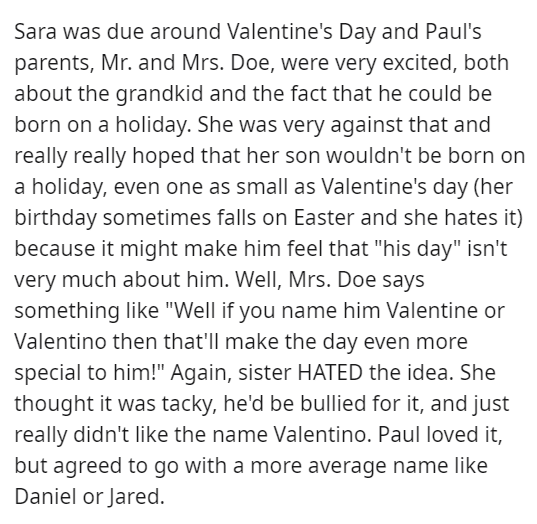 Not to make fun of people named “Valentino.” It is just a very uncommon name and the fact that the baby was supposed to be born on Valentine’s Day makes it worse for the poor thing. Some people mind find this idea fun, but most just think it is extra.

She tried her best not to give birth to him on the 14th, but births happen when they happen. 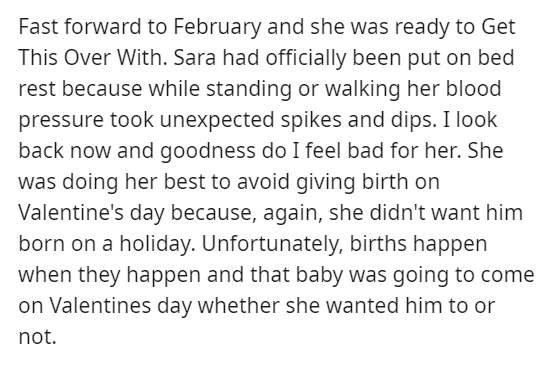 The boyfriend didn’t even go to the delivery room because he thought it was “gross.” What is he, 12? 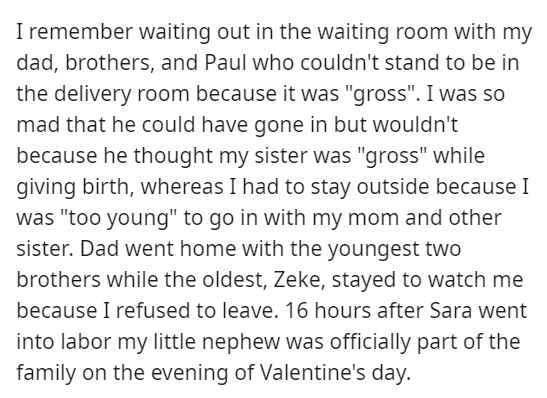 It turned out, Sara had a tumour and had to get it removed during her C-section. 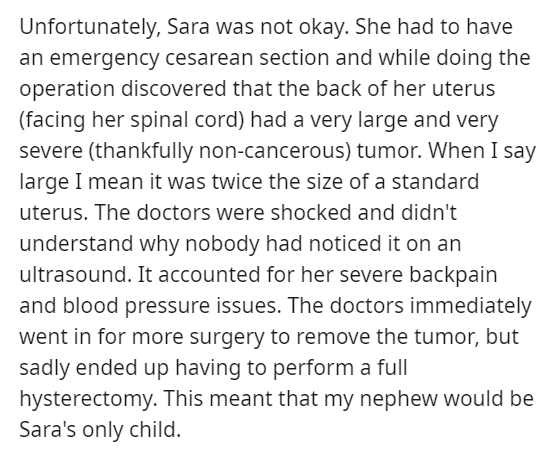 Meanwhile, Paul was outside filling in the baby’s paperwork. He didn’t wait for Sara. 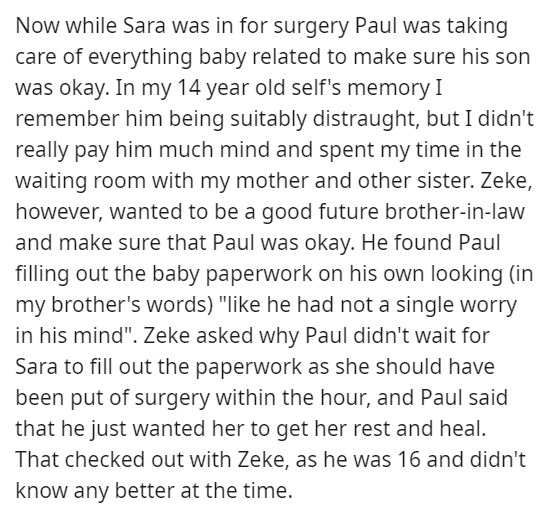 Yes, he named the child “Valentino” without the consent of his girlfriend. 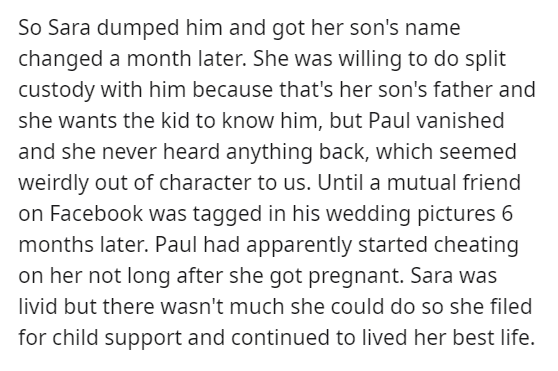 6 years later, they find out Paul was with another woman named Jane, who had no idea of Sara. 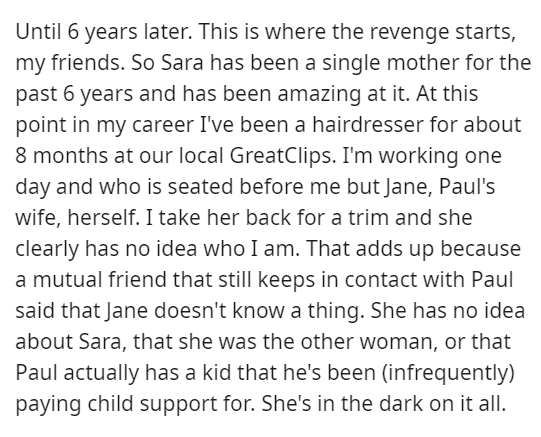 She was pregnant and he suggested to name the baby “Sara.” 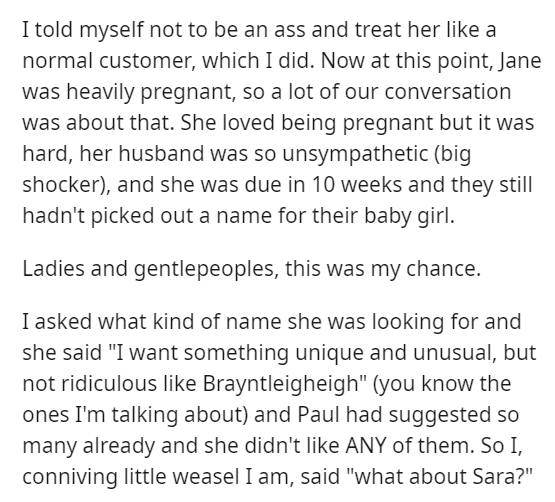 Jane loved the name, and she stuck by it. 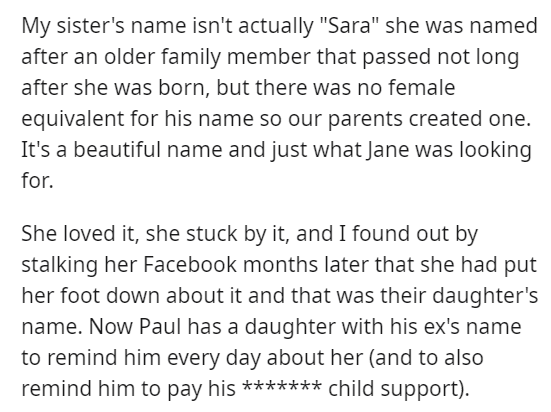 This way, he will never forget his ex or his child support. 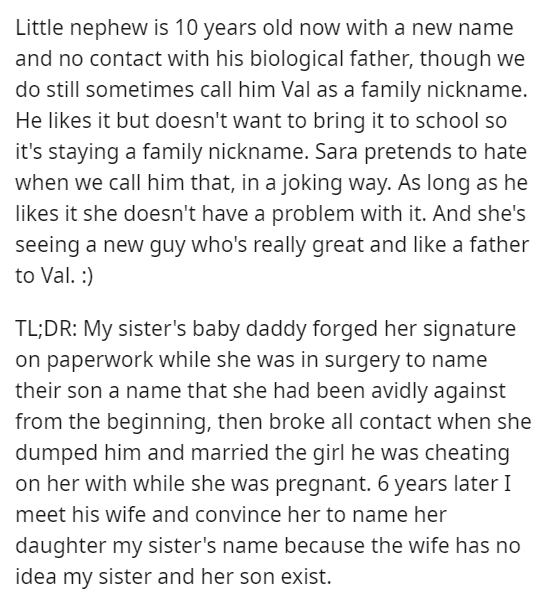 What did you think of this story? Do you think this makes up for what Paul did to Sara? Let us know in the comments below!