Trust is the basis of any relationship.

I know we have all heard stories of people finding out the kids they love and have been caring for all their lives are not actually related by blood to them. I am well aware that blood relation doesn’t actually make a family but that doesn’t make it any easier when you find out your partner has been lying to you.

I can’t even imagine what must go through that person’s mind. However, just because you have seen a person you know go through that doesn’t give you an excuse to start mistrusting your own partner. But that is exactly what this guy is doing. Apparently seeing his boss’s life crumble around him has made this man paranoid about his own children rather than actually having valid proof that his wife cheated on him.

It does sound like a very bad situation for the guy and the girl as well to find out this way. 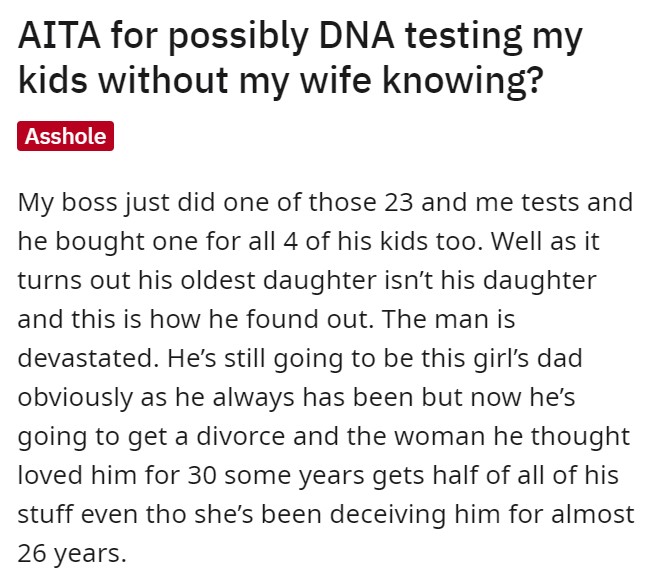 But that isn’t how things work, we can’t rewind time, we just have to live with what we get.

But I don’t understand how this guy got to this conclusion.

YTA if you do it without her knowledge I’d be open about it, but your boss’ wife’s infidelity isn’t grounds for your own mistrust of your own spouse – that’s ridiculous. –meep-morp-beep-borp

He even says he doesn’t distrust his wife but that sounds like mistrust to me.

I can understand feeling paranoid after seeing someone else’s life being destroyed but don’t destroy your happiness with your own hands.

I think I need to distance myself from this situation after reading these. I’ve been trying to be there for the guy but I can see now that his depression and unhappiness are sneaking its own paranoia into my marriage which isn’t fair to my wife at all. –paranoidmaybebut

Exactly! Just because he went through this doesn’t automatically make your wife a cheater. 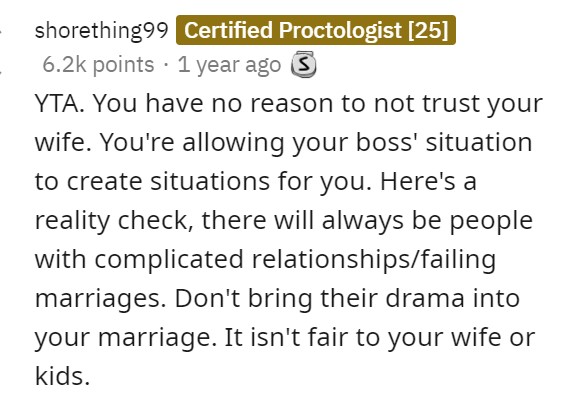 And it isn’t fair to his children or his wife. 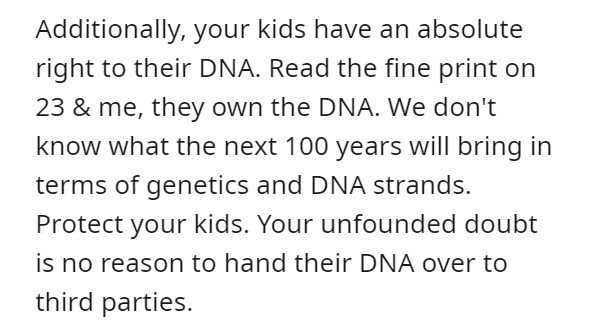 Communication is the key here. Just share your worries with your wife. 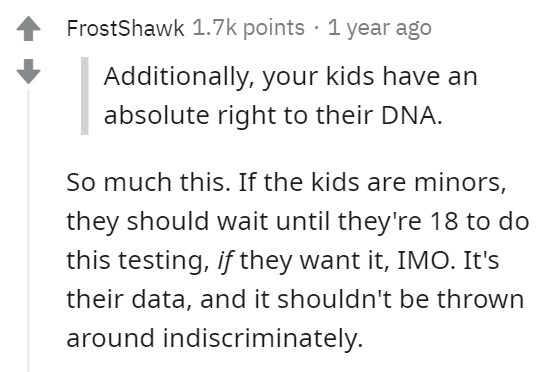 I mean every situation is different and people on the Internet don’t know everything. 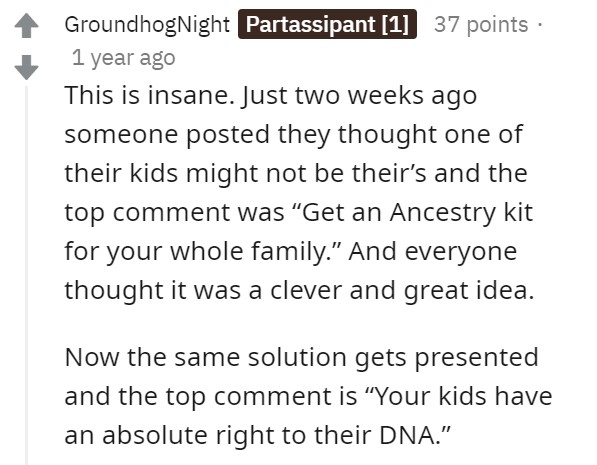 So wait….since your boss’s wife cheated and his kid ain’t his that makes you worry that you should get a DNA test cause your wife could have done the same? With absolutely no signs of it or anything to make you feel suspicious? Dude. Come on. –happysapling

Nothing will probably happen but he still will be breaking their trust without a valid excuse. 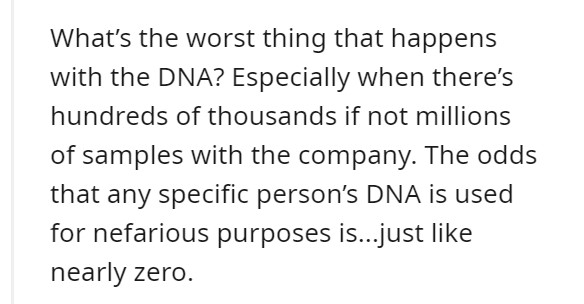 He should first talk to his wife before taking such a big step. 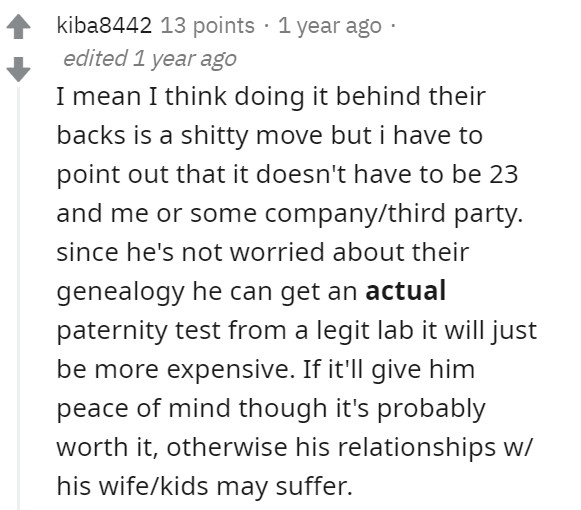 I hope his life doesn’t start crumbling because of a bad move he makes in the end. 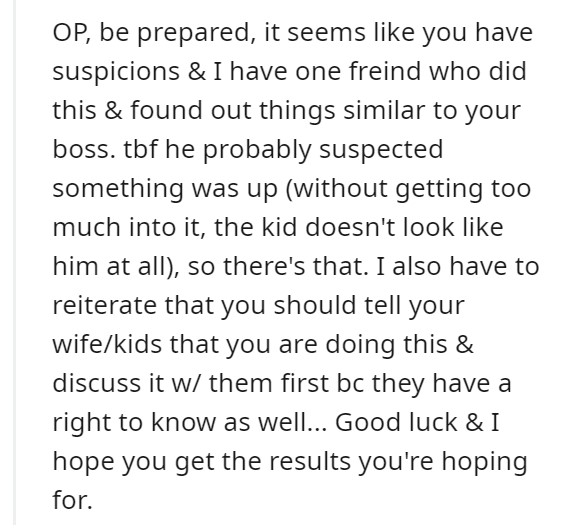 It’s beyond ridiculous, it’s f**king insane. It’s like your boss telling you his wife just had a baby, so you come home and start interrogating your wife about where she’s hiding the kid she’s clearly been keeping a secret from you. –cluckles

What are your thoughts on this? Do you think he should his kid’s DNA to know if they are really his? Or is he blowing something that doesn’t affect him out of proportion? Let us know in the comments below.