Friends are supposed to be there for you.

They are supposed to look out for you but not all friends are the same. And some people shouldn’t even have the moniker of a friend as they only use you whenever they want and then leave you behind. Everyone had had friends which they later realized weren’t their friends and that they are better off without them. It is better to realize this late than never even if it may hurt your feelings because it would ruin you in the long term.

However, this person got into a situation that forced him to realize how loyal and kind, his friends really were. While he was busy helping them with transportation and wasting gas just so they could reach a spartan race, they were quite okay with kicking him out of a trailer. Did I mention that it was his own trailer? Not only does that sound weird but it is also incredibly rude. However, you can read the whole story by scrolling below.

I am well aware that the title makes this person sound awful but we need to give him the benefit of the doubt. 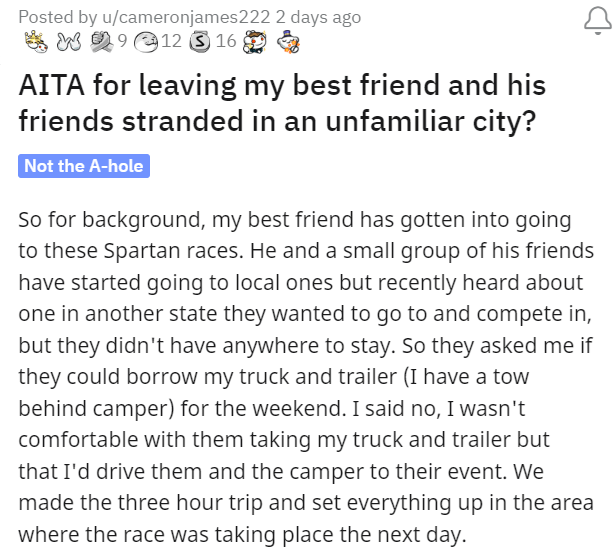 After all, he was nice enough to help out his friends when they were in a pickle and drove them three hours to their race. 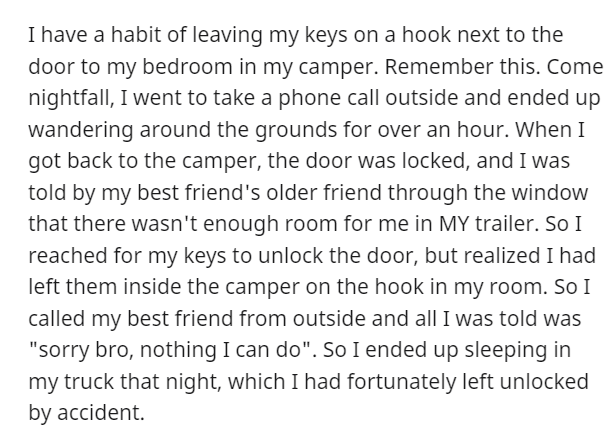 However, they clearly didn’t appreciate his help so he did the only thing he could think of, he drove away. 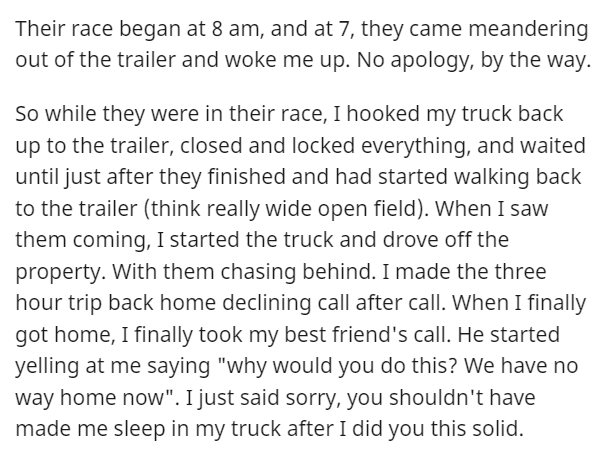 They were quite angry by the end of it and this made him question his decision.

I can’t understand how friends would think that this sort of behavior is okay. I can somewhat see them playing a prank and locking him out for an hour or two just for a joke but this was way too far. Even if it wasn’t his trailer, this would have still been quite rude but this is taken to a whole new level because they basically locked him out of his own place. Did they really think he would just forget his uncomfortable sleep and drive them back home just like that? The least they could have done was apologize.

People in the comments were 100% on his side.

And while there was a ‘better’ way to handle this, they deserved it. 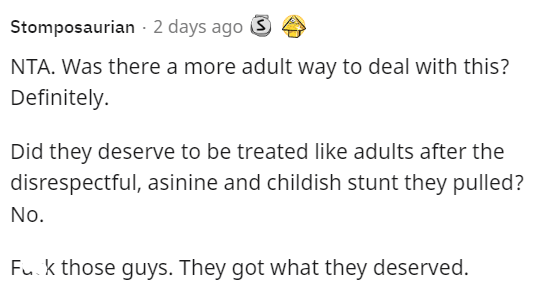 If they wanted to be treated like adults, they should have acted like one from the start.

it was a harsh punishment but what else was he supposed to do? 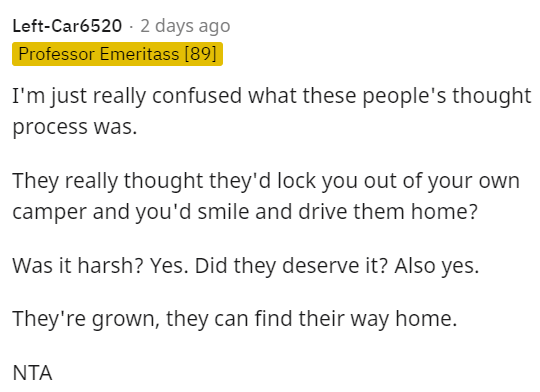 And it is quite clear that he needs new friends who treat him better than this.

This is a very vivid picture and it is quite hilarious. 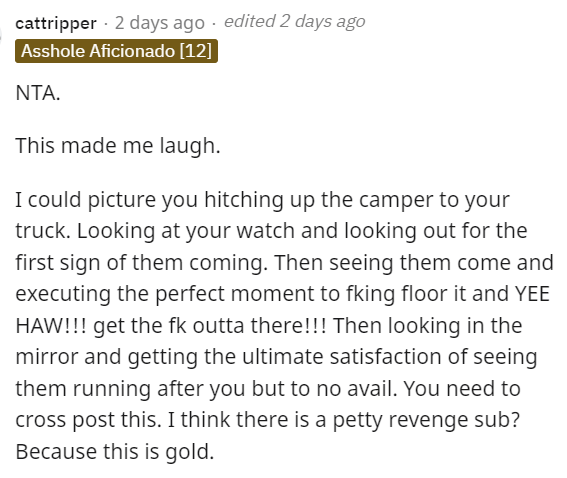 Maybe they will learn what they did wrong but I doubt it. 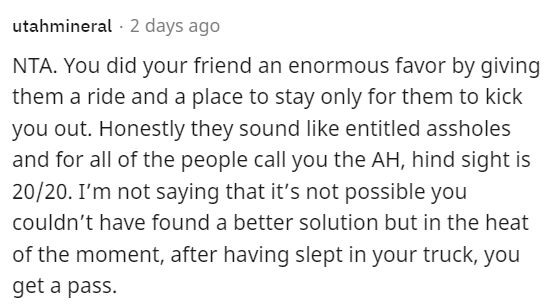 This joke is the perfect way to end this story.

What did you think about his decision? Do you think what he did was way too childish and that he should have stooped to their level? Or do you think they deserved what they got and that they should have acted like adults in the first place? What would you have done in this situation? Let us know all about it in the comments below.