Attraction shouldn’t be based on weight.

Before you come down on me, I understand that everyone has a type. And It is not wrong to like a certain type of body type. However, if you are committed to someone, looking their weight is the least you can do. Don’t we as humans fall in love with a persons’ personality rather than looks after a while? If it is only about looks than it is surely just lust and not love. This guy didn’t think like that as he body shamed his girlfriend even though she looks perfect.

I mean I am definitely overweight, so I would know when someone looks healthy and happy in their body. She tried to be as nice and possible, but he wasn’t having it. And he even said that he will feel less attracted to her if it keeps going on. Not only that, but he also said some pretty hurtful things. So when she posted all of these text messages on the Internet, unsurprisingly Twitter was behind her.

She doesn’t have a pooch, It’s just her stomach. 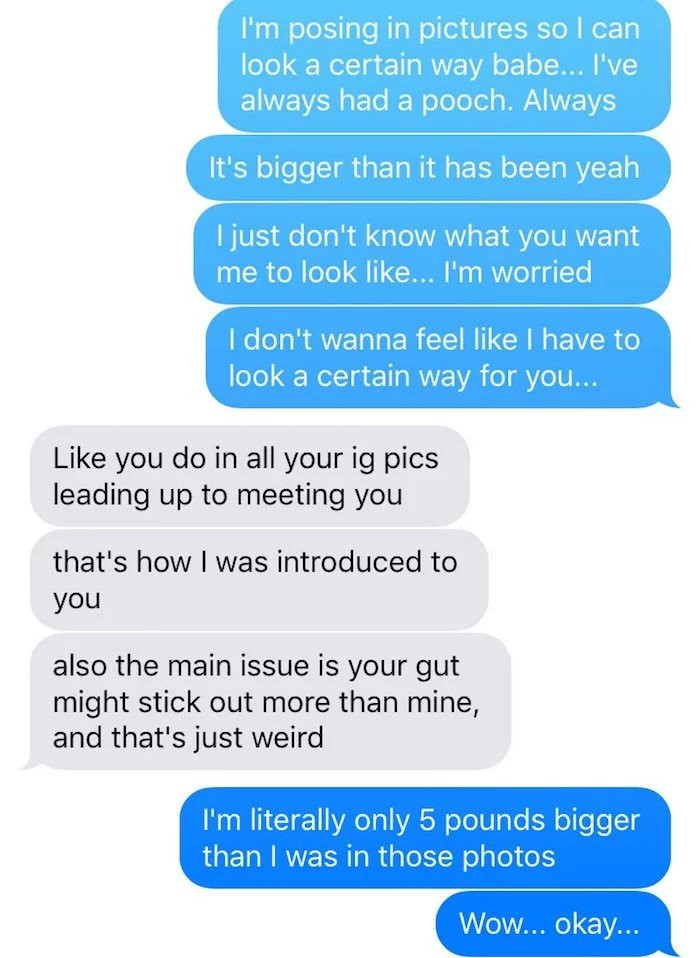 My partner said this to me. Am I overreacting for feeling hurt by this? I’m at a loss and just can’t even comprehend how someone who claims to love me can say this.

Does he know what a beer gut looks like because I don’t think he does? 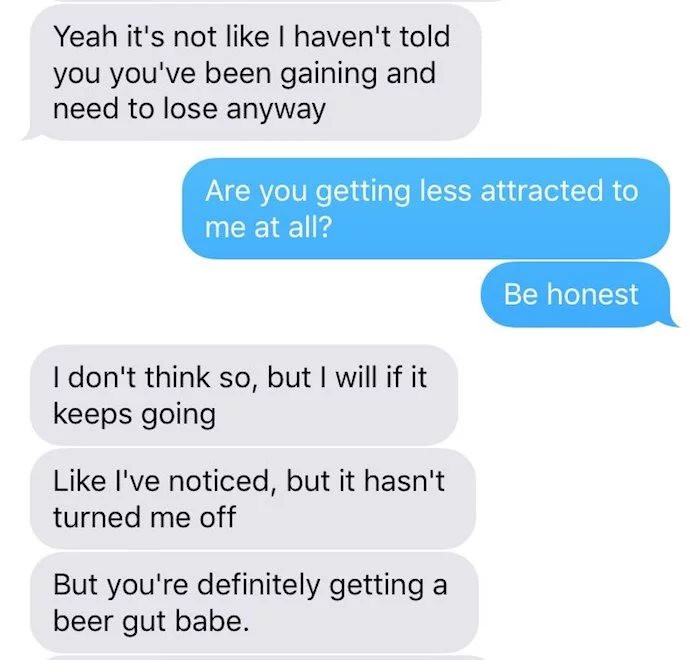 This is the picture that forced him to confront her about her ‘weight problem’. 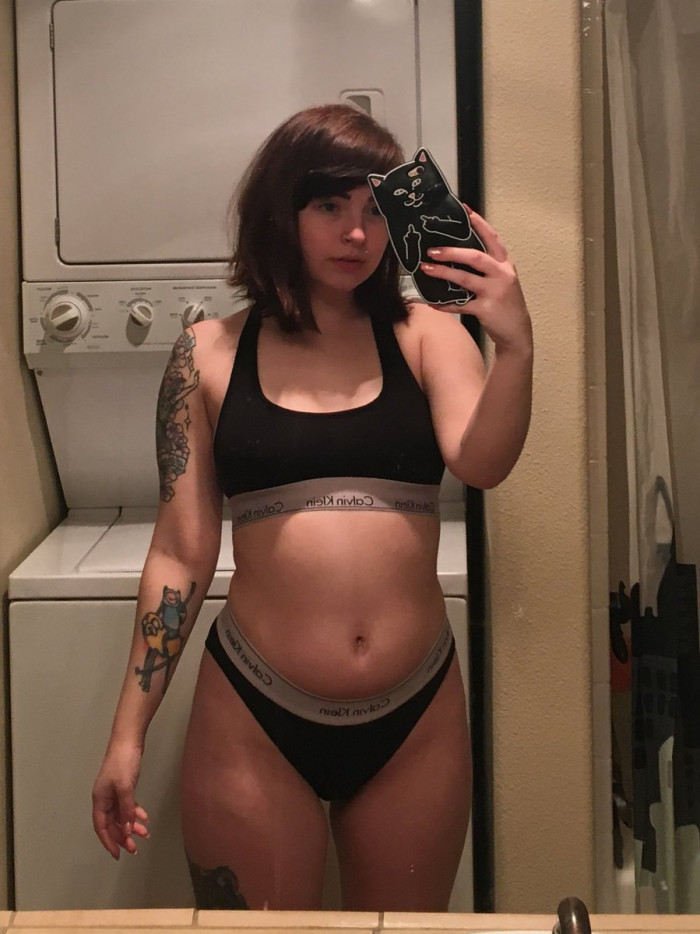 My journey of my body has been long. In high school I was 80-90 and my doctors never figured out why I couldn’t keep on weight. At 20, I started gaining. When i did, I never felt happier and more healthy. I worked hard for this body. I am 120 pounds of pure growth.

People were none too happy with how he reacted.

I can’t say I disagree with this person.

I haven’t been able to see him since I posted this. With the help of my therapist today I have a plan to end things and move on. I will be seeing him tomorrow and dropping a hefty 180 pounds. The support I got is amazing. I really thought only my few twitter friends would reply!

She does need to lose a lot of weight if you ask me.

I want to update you guys that we are broken up. He was really unhappy and felt like shit, especially after knowing my tweet went viral. He has told me he’ll use this as a learning experience to be a better person. And here I am, single and free.

This tweet going viral helped him see what a jerk off he was to me. So in actuality I’m so glad this happened. Too little too late, but hopefully losing me helped him learn.

What are your thoughts on this exchange? Do you think she should have given him another chance? Or did she do the right thing by breaking up with him? Comment down below and let us know.