Not everyone can become an influencer.

I know many people especially these days want to become a YouTuber or an influencer, but it is definitely not as easy as it seems. Sure, it does require a bit of luck, but it also needs a lot of hard work and time. So most people who venture into this culture start it as a side hobby while also working part-time. After all, likes don’t pay for the food you ea unless you have several brand deals and are thriving as an influencer.

This girl however, did not understand that. And basically did nothing all day while her boyfriend slaved away at work. I get that this is her ‘dream’ but unless she is an heiress to a lot of money, she needs to work like everyone else. Rather than understanding that her boyfriend is unhappy, she seems to be a selfish person who only cares about her own aspirations. You can take a look at the whole story by scrolling below.

I am aware that he came off as harsh, but she needed to understand the truth of the matter. 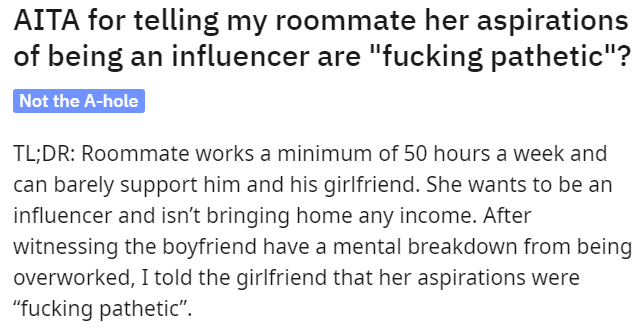 It is not that easy. Even people who have a lot of talent can’t make money off their Instagram.

Honestly, who wouldn’t feel bad for the guy? As a friend, I would want to help him. 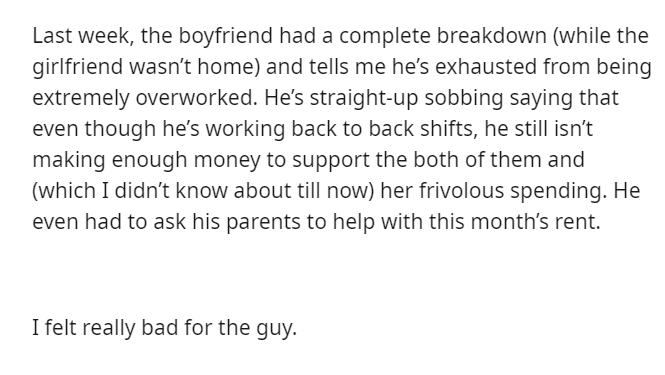 How is working to earn money putting her dreams on hold? She can still do it on the side. 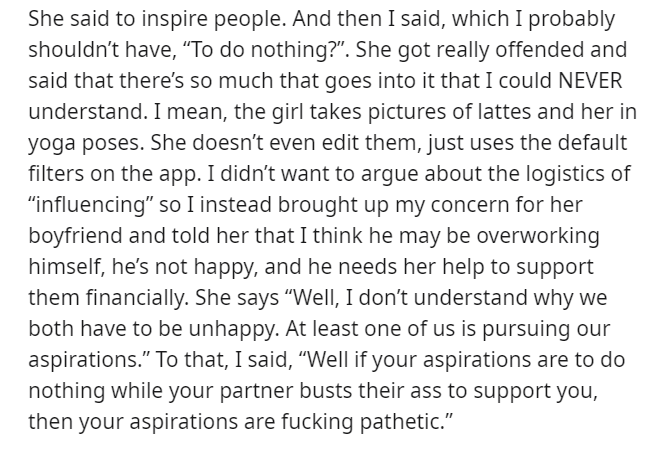 As someone whose schooling literally involves a class called “media branding” what she thinks is media influencing is completely wrong? There’s literally nothing about food pictures and yoga on Instagram that counts for anything. Nobody cares.

If she had a part-time job she could probably buy products to test for people who are into what she’s doing, go places and more! People like stuff that benefits them or offers them something of value.

You need to have a defined brand. Something that makes what she’s doing different or better from anyone doing similar things.

A lot of the times with these kinds of “dreams” you can’t expect for it to happen overnight. You normally end up putting TONS of money into advertising, buying things, and branding before you even make a cent back….

Literally she just wants her Instagram to have a lot of followers and to get free stuff and isn’t actually an aspiring “influencer”. –radio_ace

I can also see why the boyfriend would feel betrayed by his friend as he can’t see his girlfriend for what she is right now.

Honestly, He needs to break up with her as soon as possible. 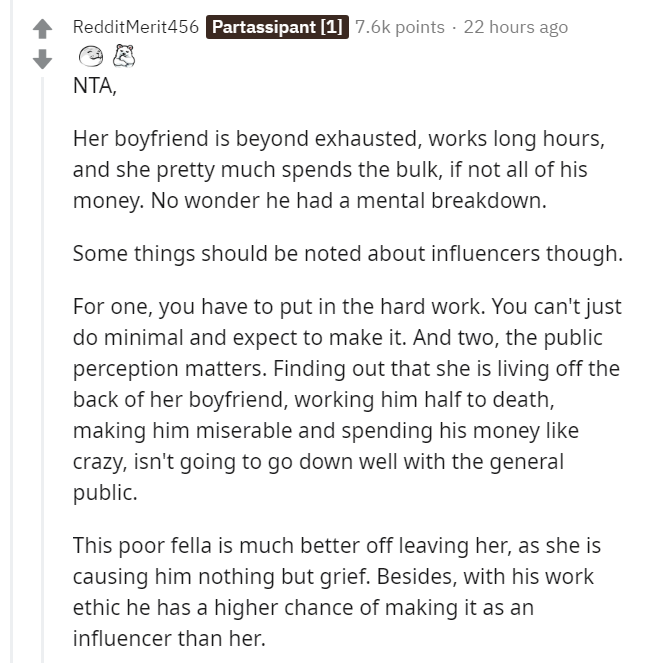 Not many people can stand by and look at their partner doing all the heavy lifting.

I don’t think wanting to become an influencer is wrong but what she is doing is straight-up pathetic. 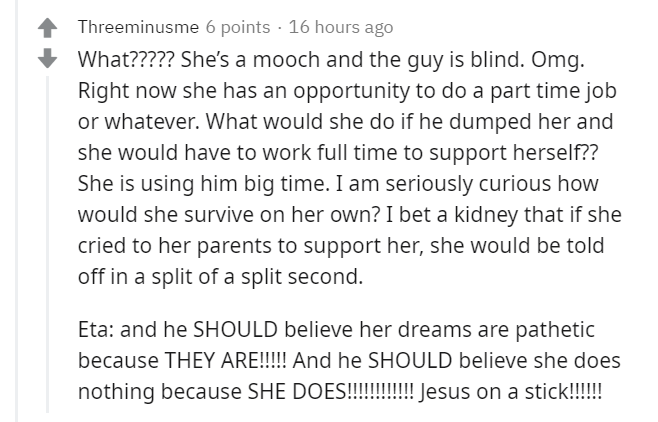 I will probably get downvoted to oblivion, but while I completely agree with OP, the verdict is a clear YTA for me. I feel for the guy, but it is his place to decide how to live his life and what to do with his own relationship. He confided in OP because he didn’t want to show his GF the hardship. Whatever his reasons, he deserves to have them and OP breached his trust. OP’s place is not in their relationship so for that to be her motivation is, while understandable, wrong.

Let’s be clear – I’d rather have OP in my life than the leech, but that isn’t the point. So then to the actual act of calling someone’s aspirations fucking pathetic, this is clear assholish behaviour. It just is. The argument up to that point, of “what exactly are you looking to influence?” is perfectly kosher. That girl is delusional, but it is what it is. So… YTA, OP. But… I probably would’ve been an eye rolling ah wayyyy before the roommate confided his troubles and would prolly have a hard time not pointing out the flaws in her “thinking” on a daily. –IGotBetter4newt

She is clearly just using him and can care less about how he has to bring the money she needs. 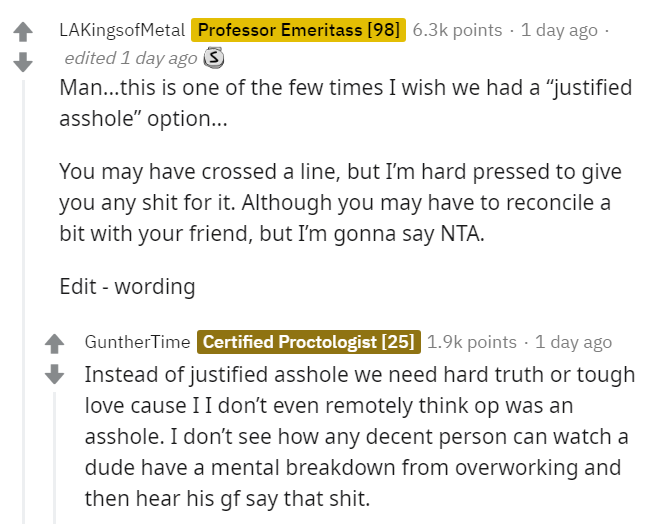 He does need help and alienating him might do more harm than good. 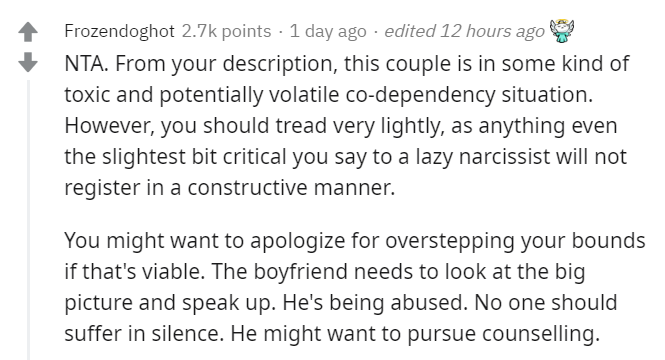 The guy will see the truth of his girlfriend one day, but it is never so easy. 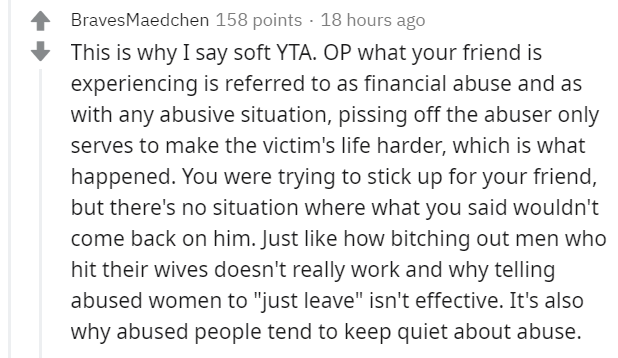 She will leave him high and dry when he can’t provide for her ‘excessive spending’. 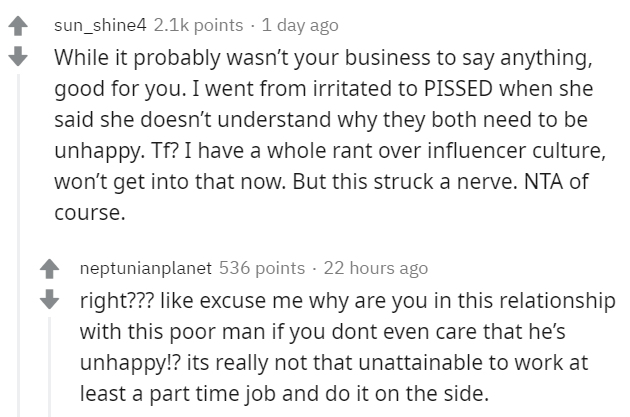 What are your thoughts on this situation? Do you think he was in the right for standing up for his friend? Or should he have approached the matter differently? Comment down below and let us know.