Harry Potter has always had some horrific imagery.

From Voldemort being ‘birthed’ from a cauldron of slime to Ginny Weasely being possessed. However, they never took it too far since, at the end of the day, the first few movies at least were supposed to be for children. But what if they weren’t? I don’t think I am the only one who would like a dark and horrific re-imagining of the Harry Potter universe.

I think it would bring out all the things that happen in the hidden alleyways and such without having to cut stuff out or being scared of making things too gory. While we know something like this would never happen, we can at least take solace in the fact that an artist decided to create a horror reimagining of Harry Potter movie posters. And you can take a look for yourself by scrolling below.

#1 Harry Potter and The Sorcerers Stone. 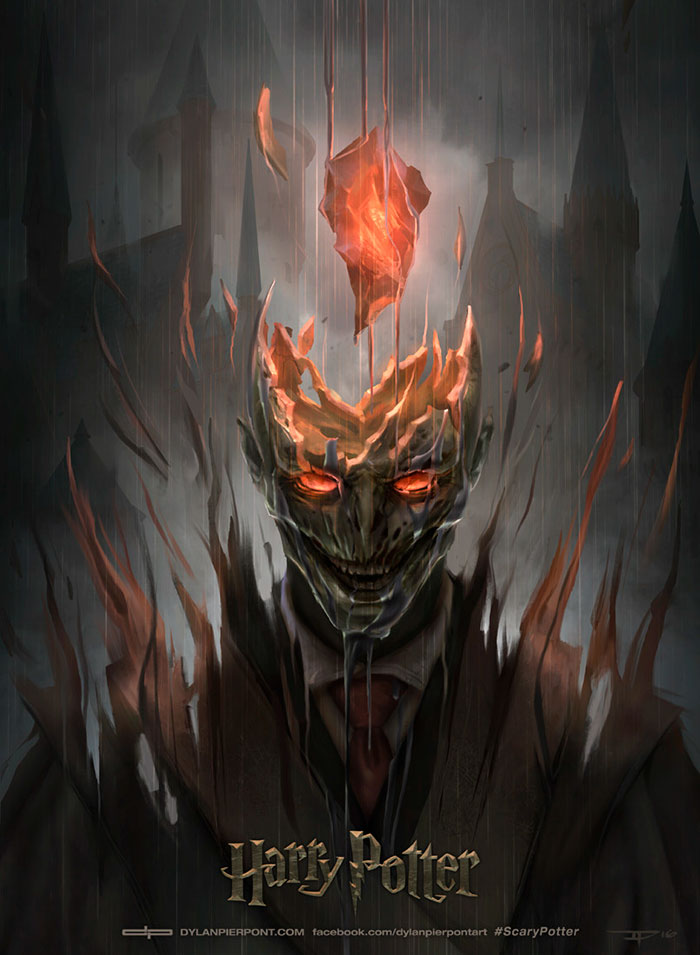 It would have been one heck of a twist if the sorceres stone was hiding in the Professors brain all along.

#2 Harry Potter and The Chamber Of Secrets. 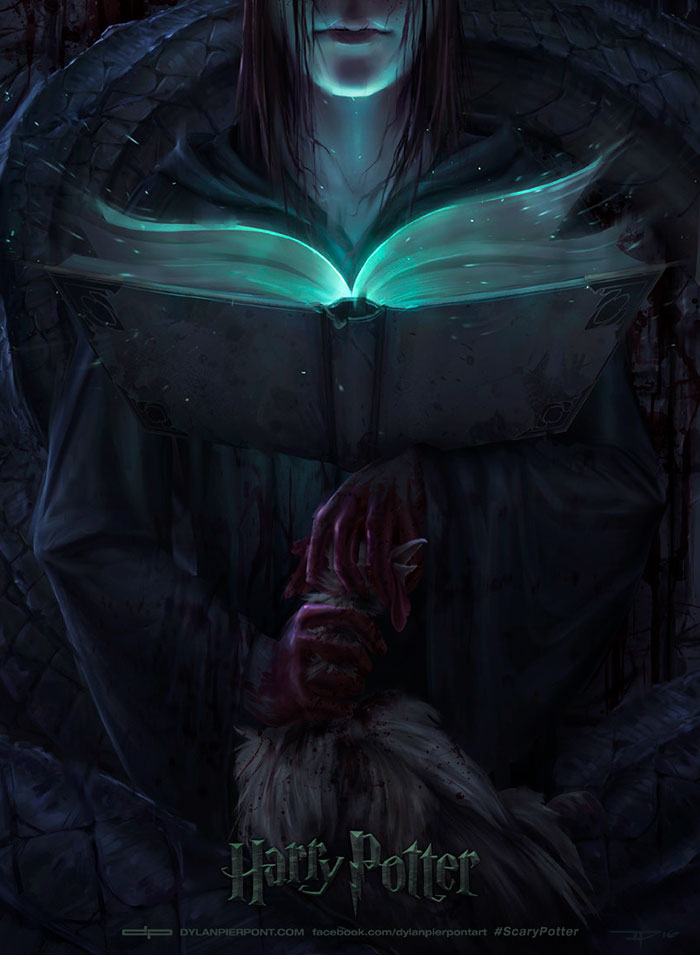 I can just imagine Ginny twisting the head of the cat.

#3 Harry Potter and The Prisoner Of Azkaban. 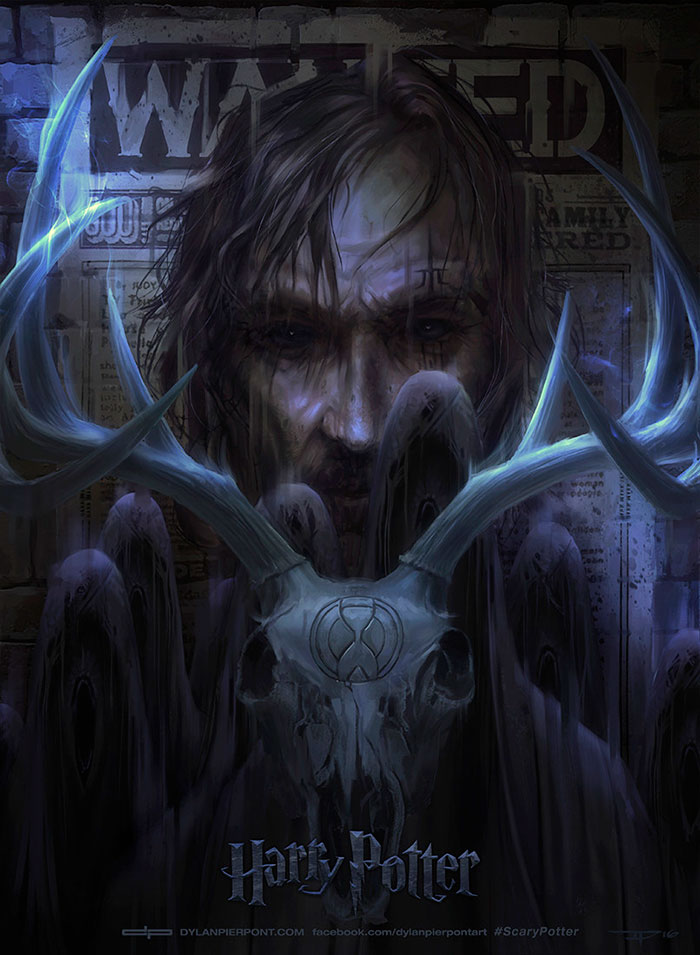 Harry Potter movies have always been pretty decisive for fans and while some are huge fans, others can be quite critical. We still have the fantastic beats franchise but according to what people have been saying, it is not nearly as well-received as the original Harry Potter movies. So it might be a good idea to recreate Harry Potter movies but for an older audience and bringing a director like James Wan.

I am well aware that this sort of thing will never happen but one can dream right?

#4 Harry Potter and The Goblet Of Fire. 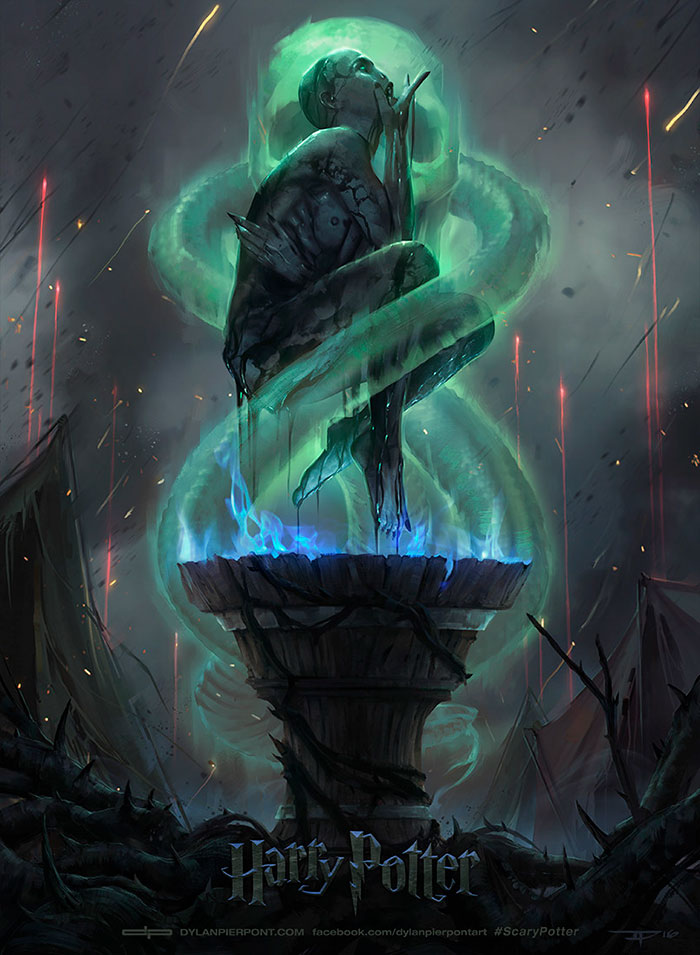 Seeing these covers would give people a realistic expectation concerning the concept and storyline. They are far from children’s books and having illustrations like this might be appropriate for the books after “The goblet of fire.” -Анжела Заленская

#5 Harry Potter and The Order Of Phoenix. 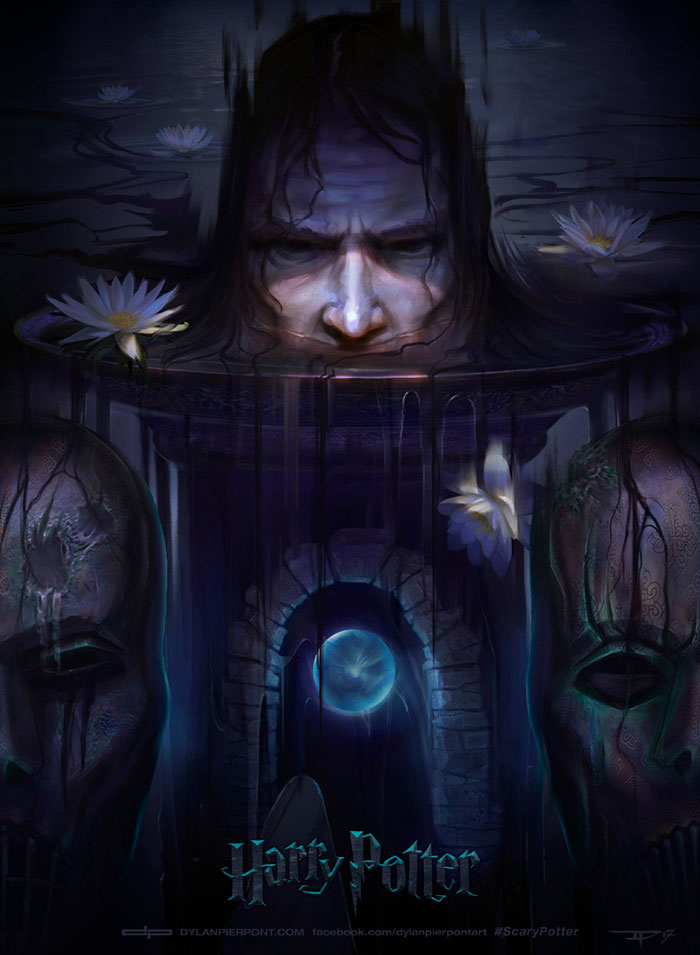 #6 Harry Potter and The Half Blood Prince. 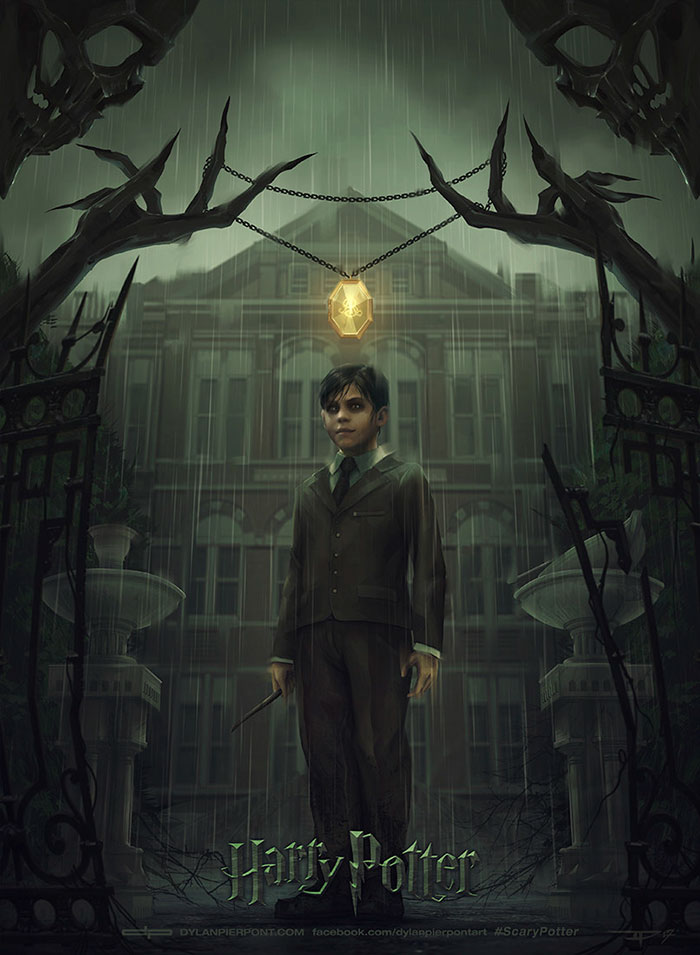 #7 Harry Potter and The Deathly Hollows.

These didn’t scare me, but they are brilliant. The attention to detail accurately captured each book/film; the portrayal of the actors, when used, was spot on. The last one, instead of making me shudder, actually made me tear up a bit at some of my favorite deceased characters on the wall. And including Harry in that was an unexpected choice. -Breanne Rushing

What are your thoughts on these movie posters? Would you like to see a horror reimagining of the Harry Potter movies? Let us know in the comments below.