Relationships are built on trust.

And rust can only remain if you are honest with your partner. Even white lies that don’t seem like they can harm someone can have dire consequences in the long run. That is what happened in this particular marriage. Because of the lockdown, everyone is having a hard time dealing with their financial situation. And this couple isn’t doing any better either. So in hope of cutting down some extra expenses, the wife asked her husband to stop splurging on fast food at work.

To get him to listen, she started making delicious sandwiches for him every day. Even though it required a lot of work as she had a full-time job as well, she continued to do so just so her husband would stay healthy while also cutting down on extra expenses. However, things weren’t going the way she had thought as he was actually selling the sandwiches at work so he could get his lunch from a restaurant.

They both talked about the change before and both were happy with it as well. 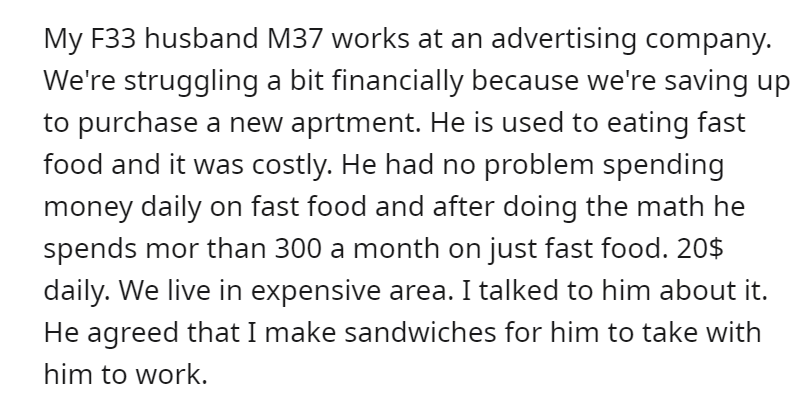 Things were already suspicious but she thought everything was going well.

That is when the truth came out when her husband’s co-worker talked about how expensive the sandwiches were. 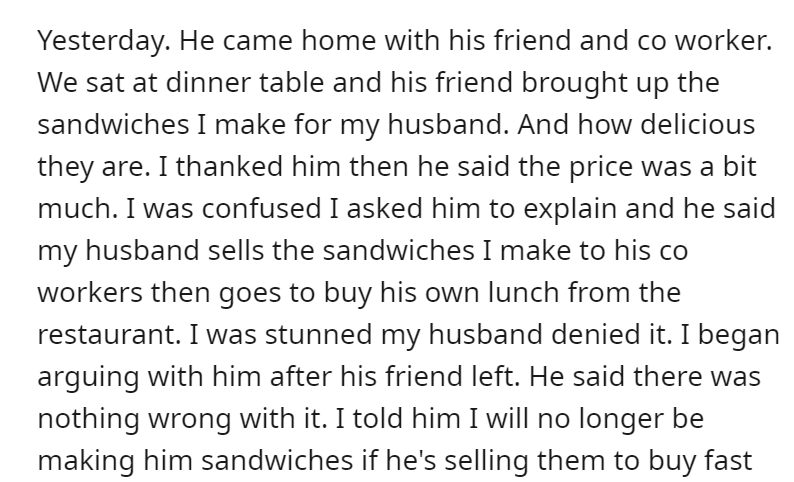 Yeah, the people impressed with this have a scary lack of understanding of how saving works.

How much is being spent on groceries for the ingredients? It may be cheap if it’s bought in bulk, sure, but it isn’t anything!!! So somewhere along the way OPs husband thinks it all evens out cause the sandwich pays for the fast-food…so does he think the sandwiches magically appear out of nowhere? That the ingredients aren’t bought somewhere else and turned into sandwiches?? –Commercial_Nature_44

Rather than apologizing, her husband put the blame on her.

He didn’t even apologize for lying to her. 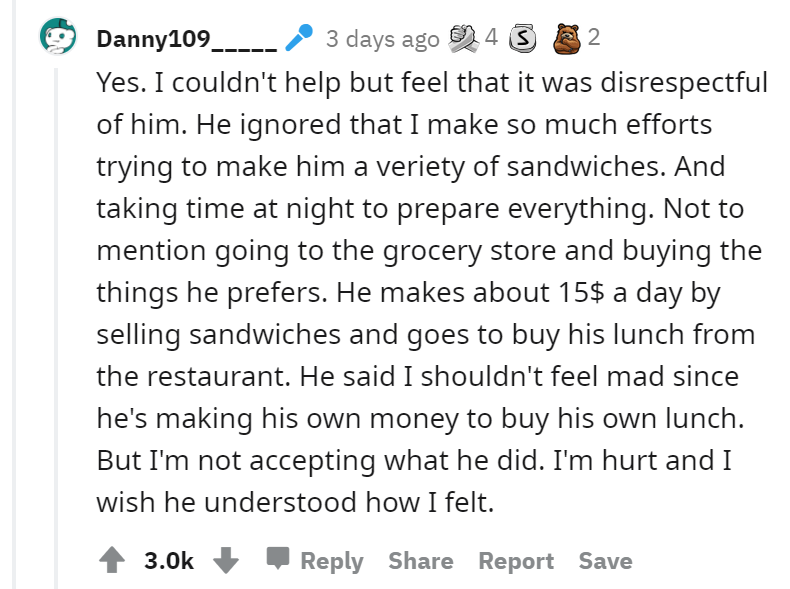 People in the comments were obviously on her side. 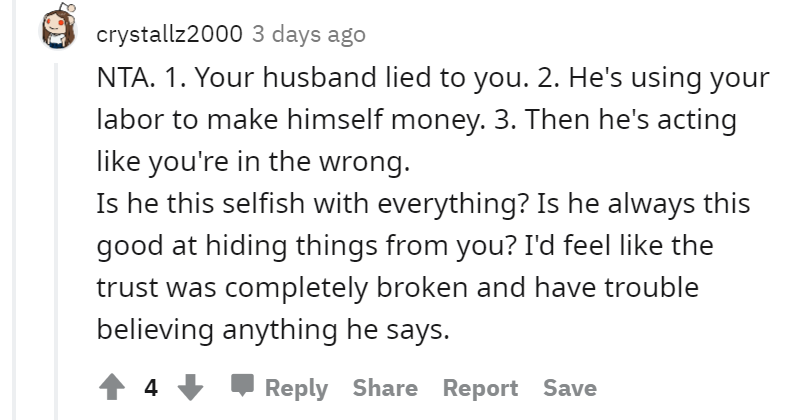 NTA, honestly this is pretty funny but I can understand why it wouldn’t be for you. He’s literally using your labor to earn money so he can get the fast food you couldn’t afford. It’s crazy that he thought it would be okay, and hilarious that when he got caught still tried to defend himself.

He can make his own sandwiches and sell them if he wants to pay for fast food, you can’t be funding him like that. He’s a grown man. –AccordingTelevision6

And called out the weird and childish behavior of her husband. 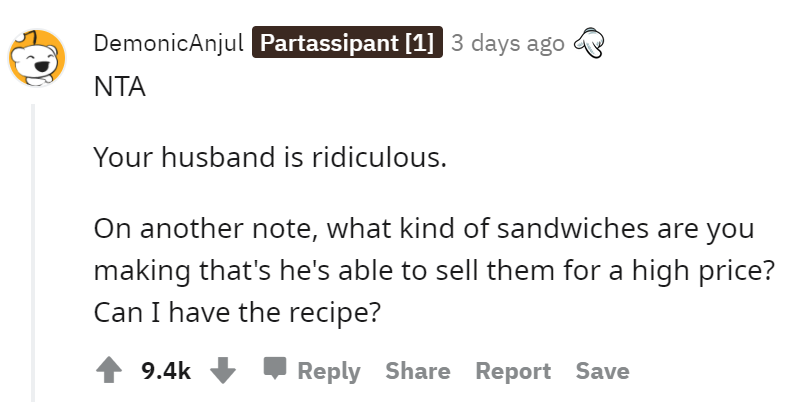 While others commented on their experience with selling lunches at work. 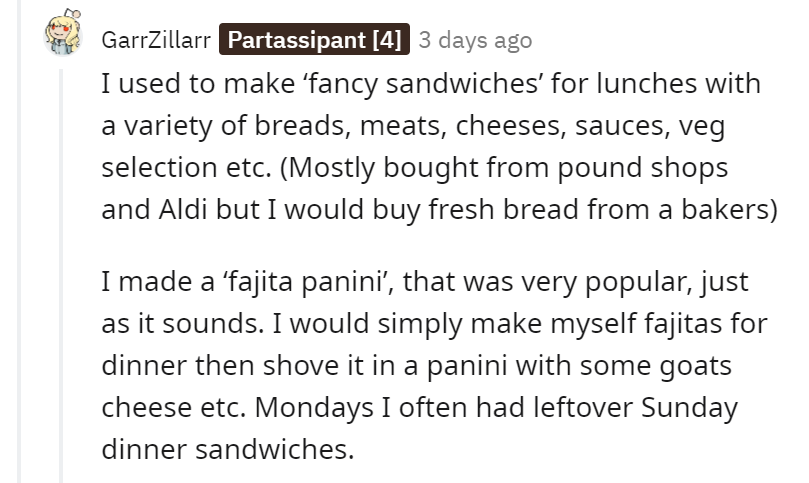 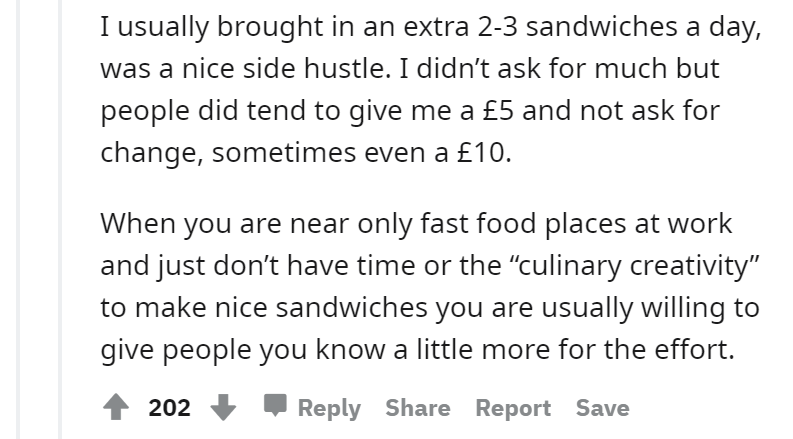 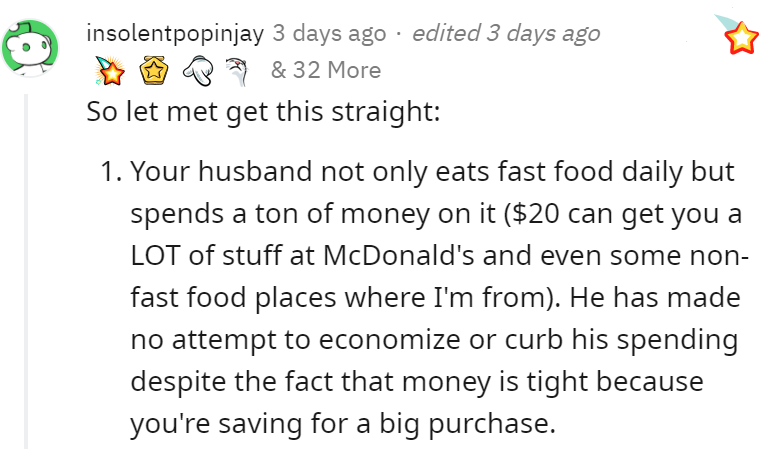 What is it with people who pretend to say yes to their spouse then lie behind their backs? Like, if you aren’t willing to eat sandwiches then say so? At least it would be honest if nothing else. OP, are you sure he wants an apartment? He seems like the type of guy to just “yes dear” you and never says what he’s actually thinking. –Icy_Obligation 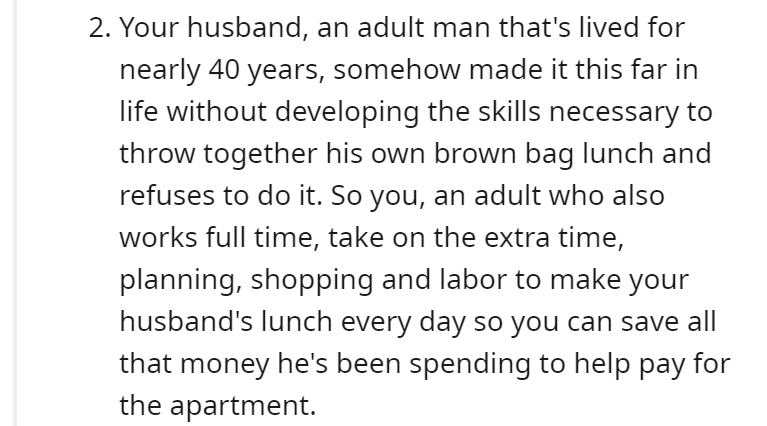 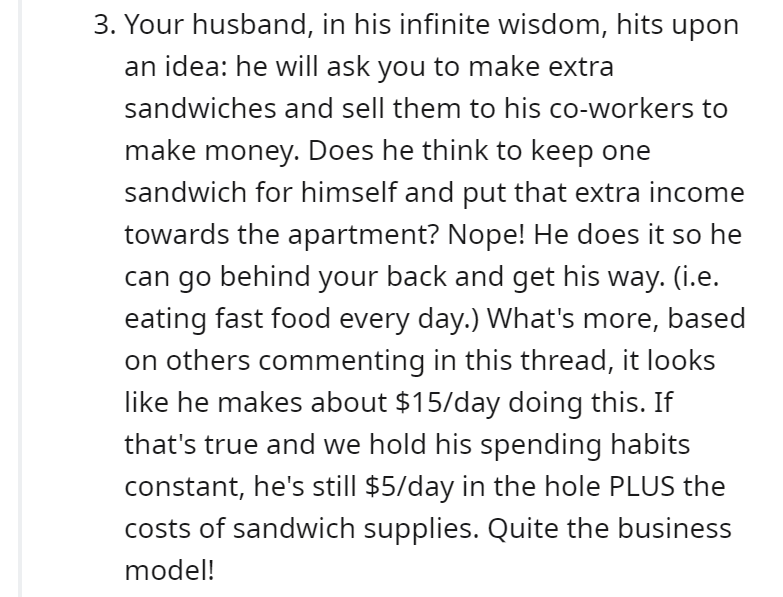 He needs to make it right somehow. 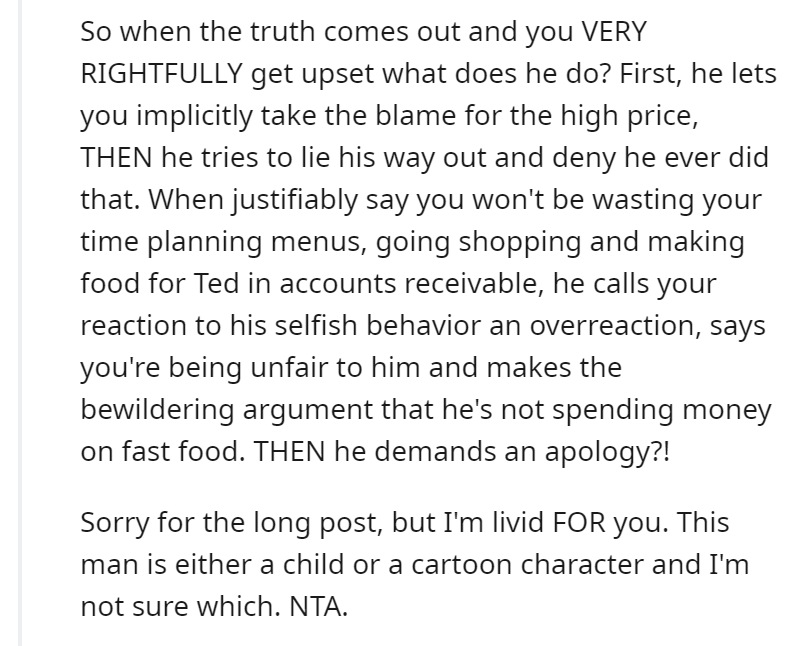 How would you react in this situation? Do you think it is a big deal or is she making it out to be bigger than it actually is? Comment down below and let us know.