Sometimes I do not understand how people land themselves such good jobs without having much knowledge about the work they are doing.

Work can be very difficult for some people if their colleagues are complete morons. Having a good work environment is really important if you want to survive in the workplace. Being surrounded by know-it-alls, who actually do not know it all, can be very frustrating. Being stuck in a job where you are overqualified for your work can also be very demotivating. People should realise their worth and not settle for anything less. If you have an amazing resume with a lot of experience, make sure you are finding a job that is fit for you. If you settle for less, you will face a lot of problems. People around you might not be as qualified as you and would drop you down to their level for a mere conversation. It can be pretty frustrating to work below someone less qualified than you. This is why you should always match your work position with your qualifications.

This person on Reddit shared a story of an interview that they gave where the interviewers were less qualified than them. The interview went terrible, and the man later complained to the VP, who fired the interviewers later. Scroll down below to read the whole story.

The man was having problems in his old job because of Covid so he went job hunting. He got an offer at a company to work as an insurance salesperson. 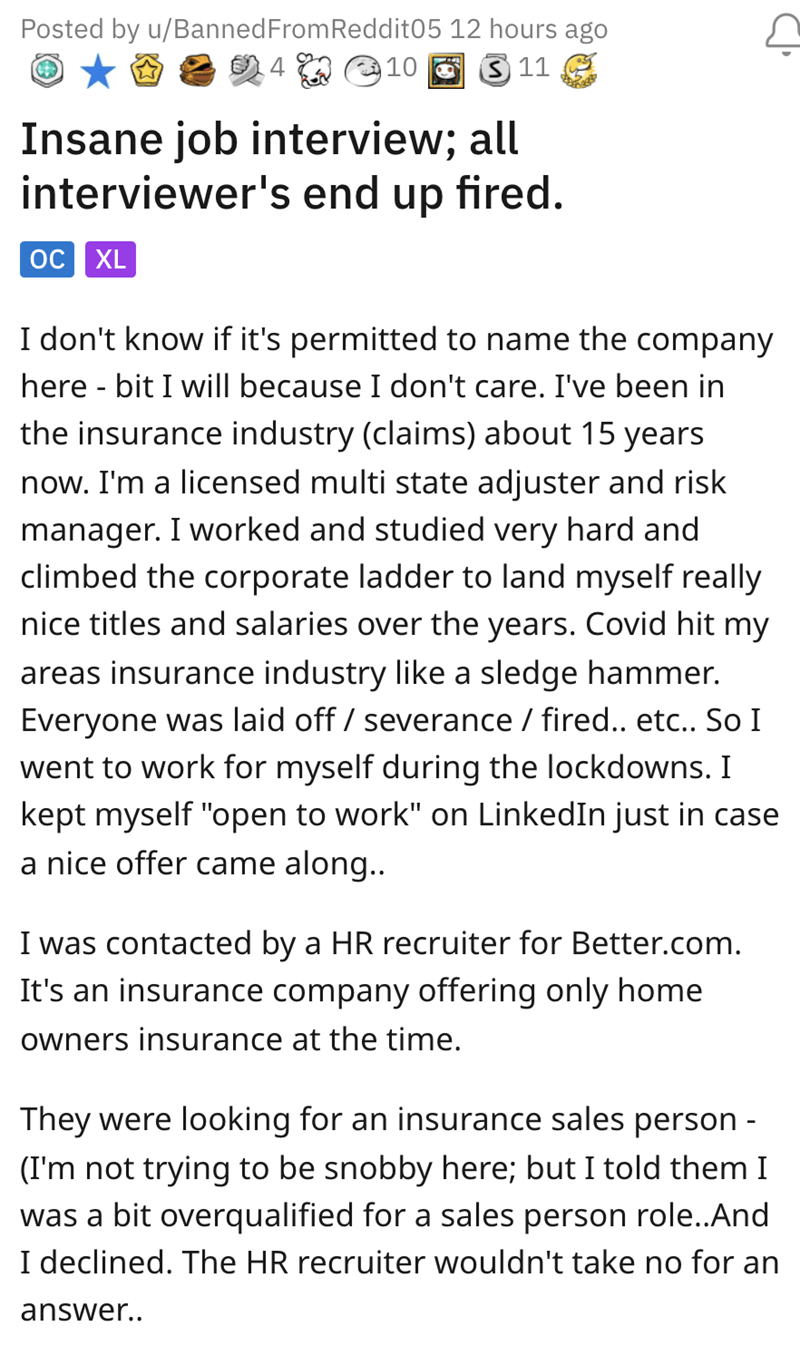 The man declined the offer but the recruiter kept insisting and said that the job was basically all his. However, he insisted that the man take an interview but only as a formality. The interview was over the phone. 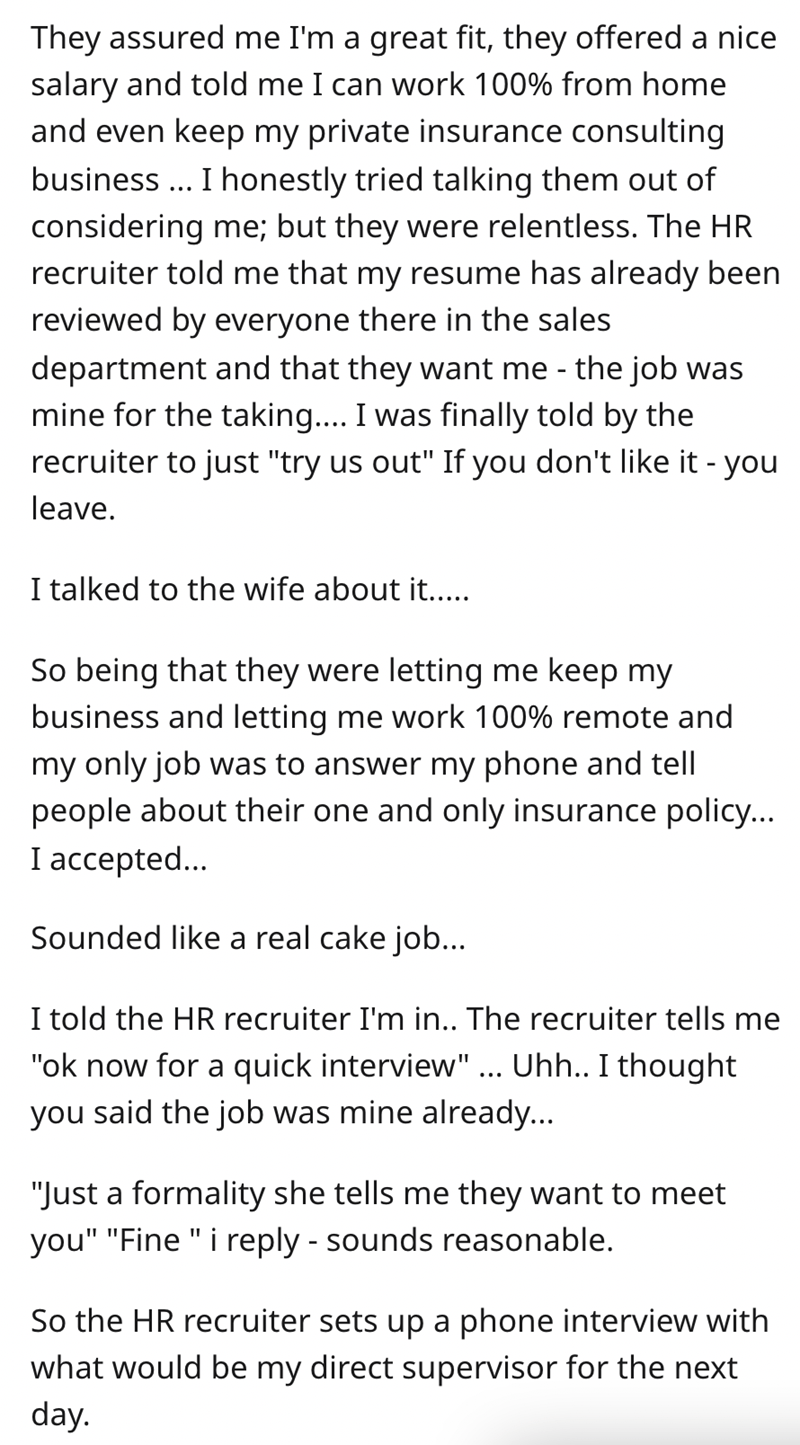 The man recorded the entire call. The interview was going well until the supervisor asked him to do a mock sales call. 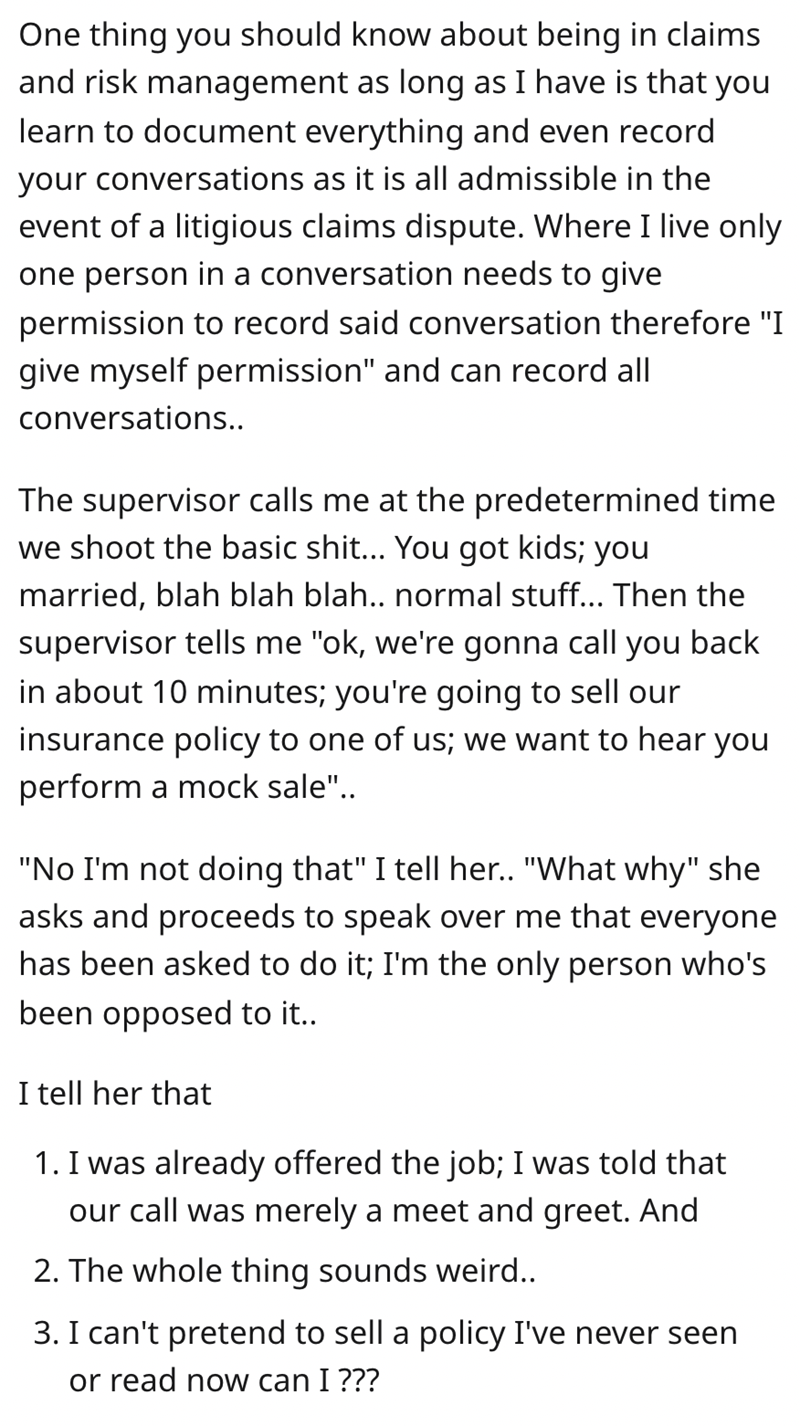 The interview turned nightmarish as it turned out that the supervisor didn’t know anything about her job. 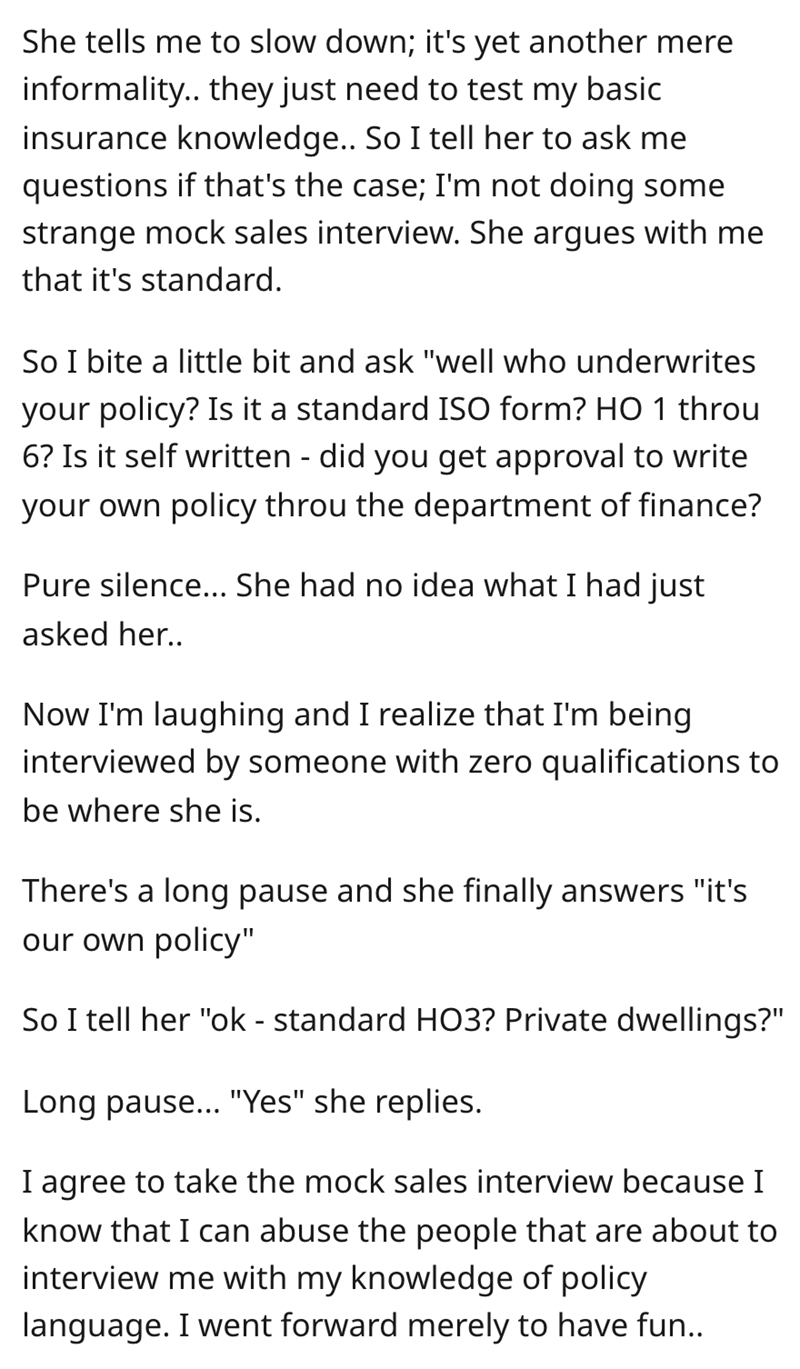 The man had enough of their crap and decided to school them. 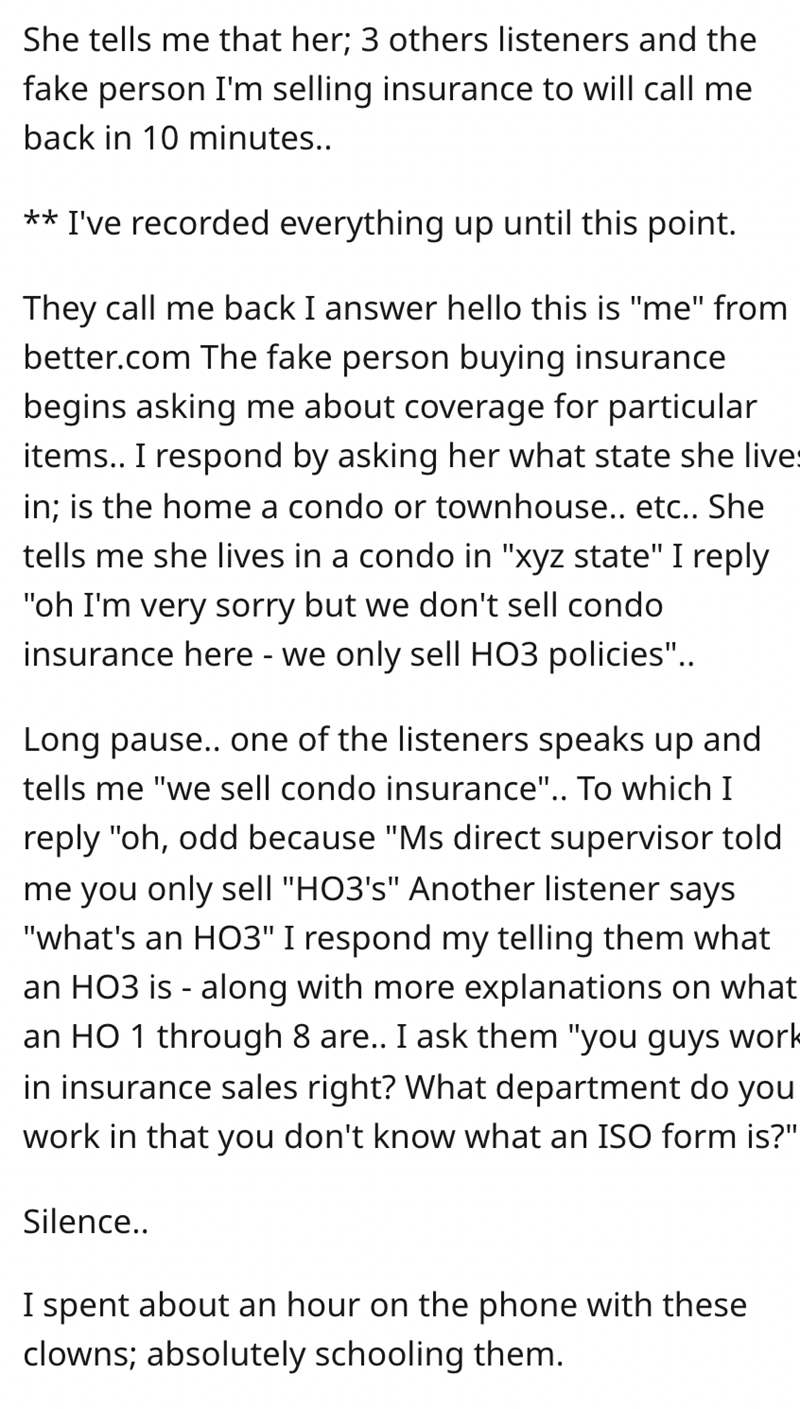 The HR recruiter called him back and asked him to talk to the VP. He agreed. 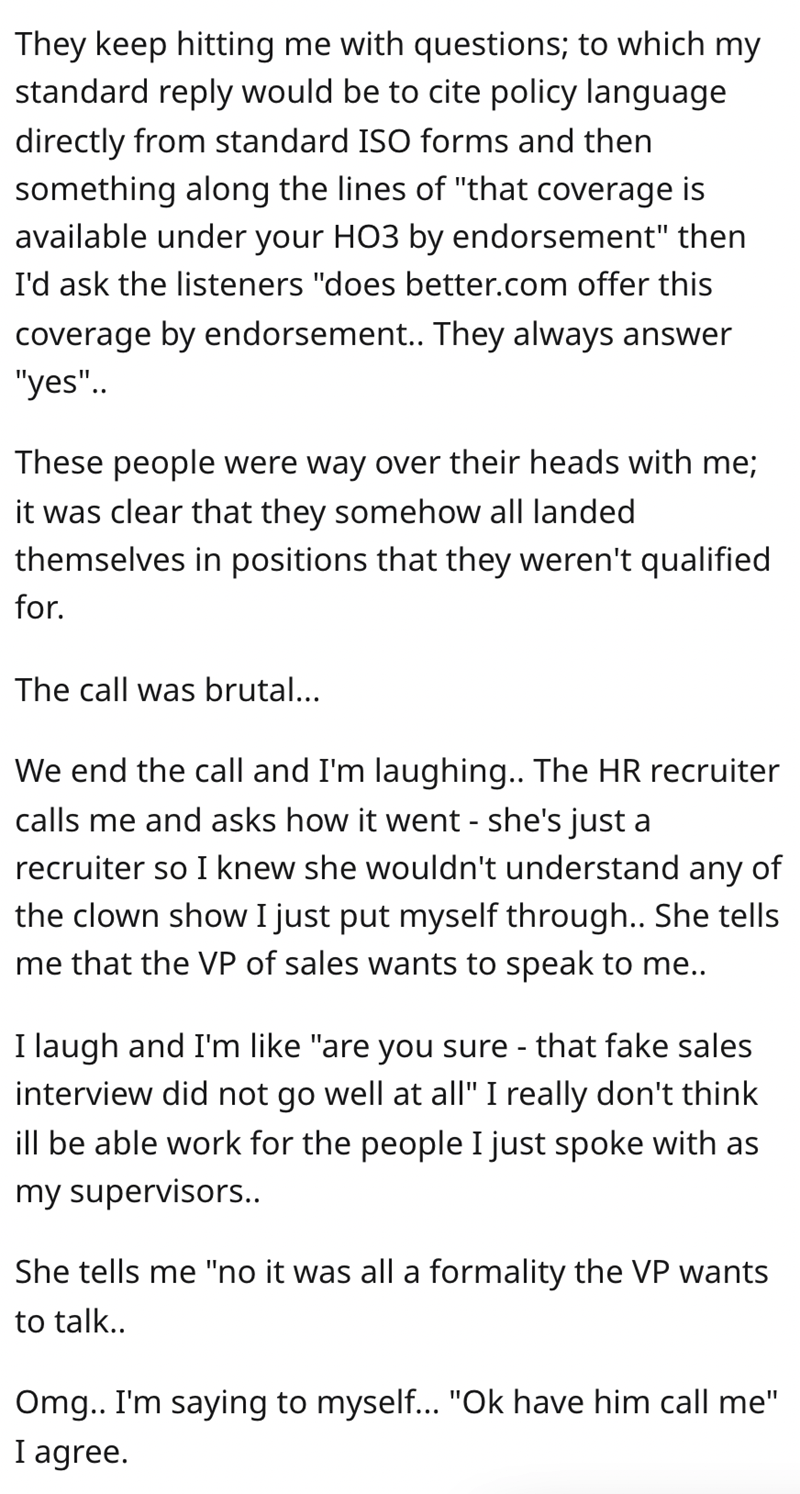 The VP reveals to the man that the interviewer said the man didn’t have much knowledge. This, obviously, pissed him off so he told the VP everything. 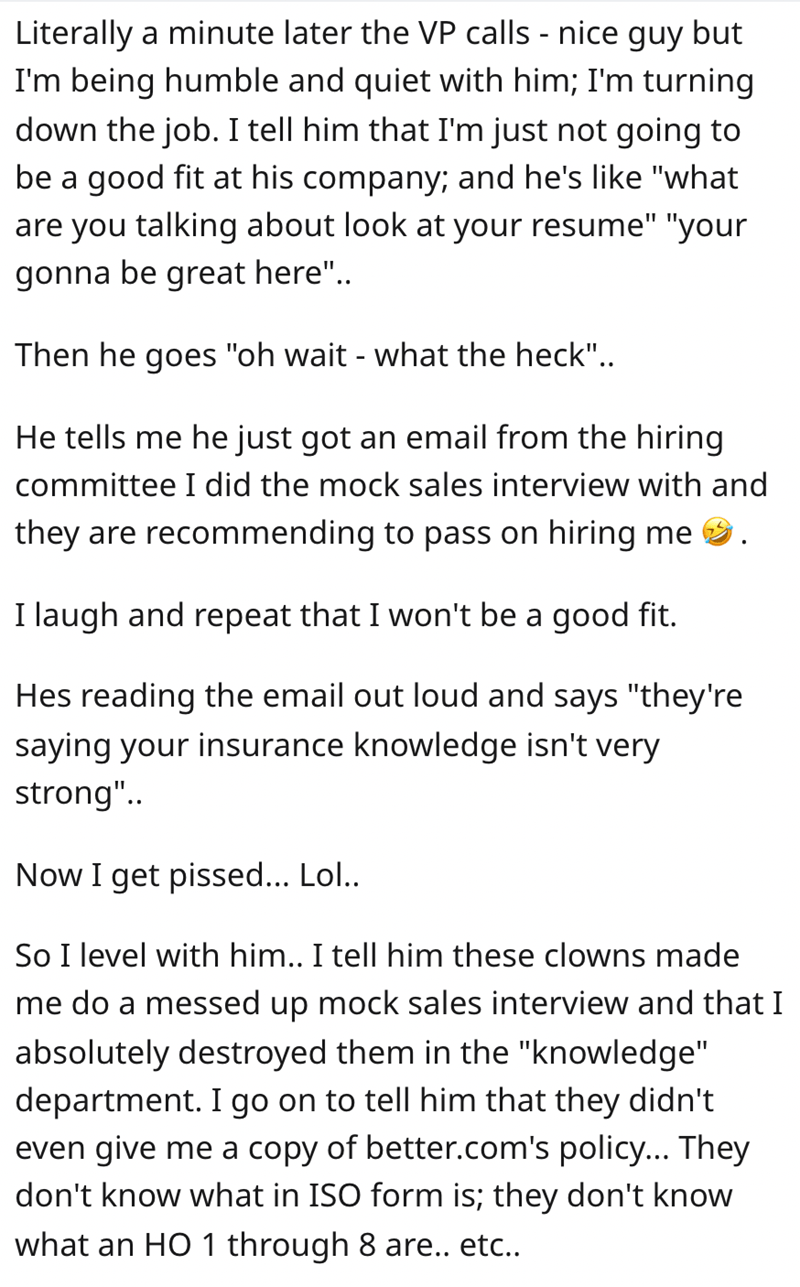 He sent the VP the recording and the VP ended up firing the people who conducted the interview. 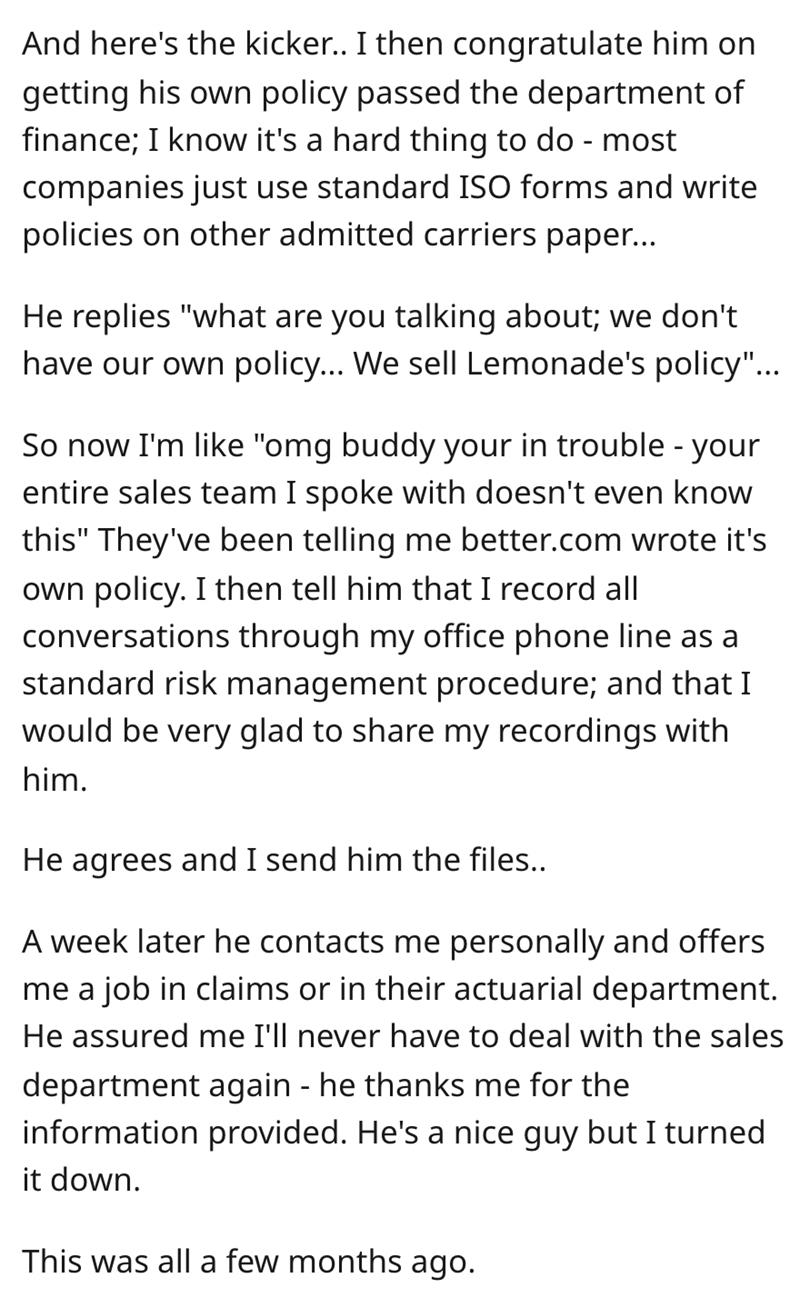 The interviewers are still looking for a job.

In my opinion, those people were not worth entertaining. Employees like that cause a lot of damage to the company. They barely even knew anything about their work. They had it coming sooner or later. 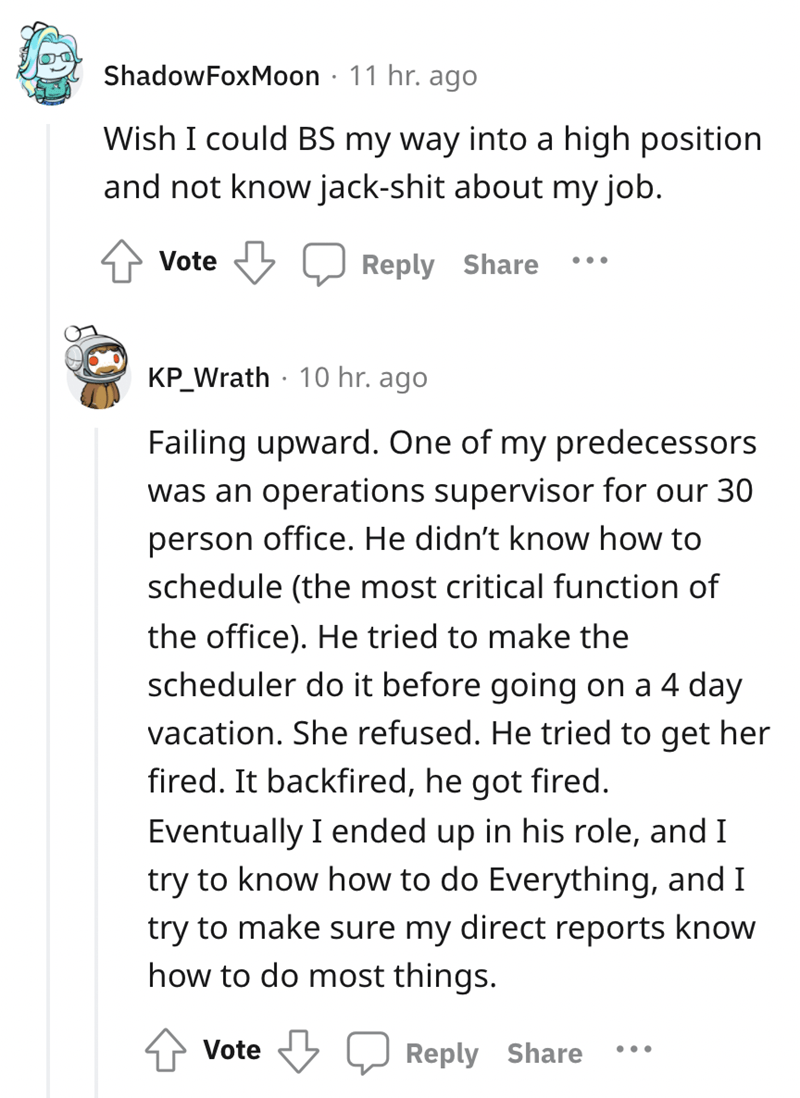 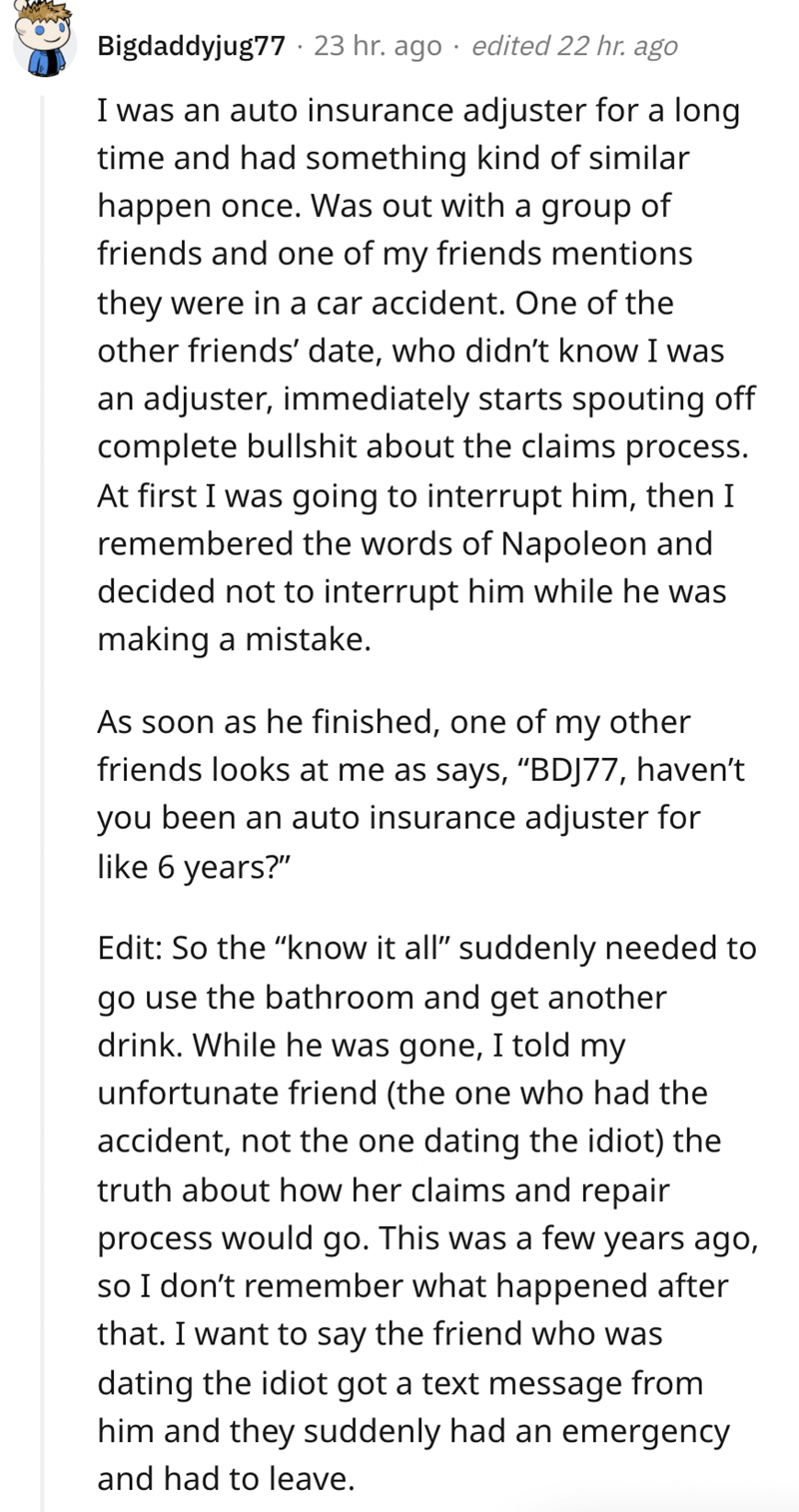 A lot of people shared their experiences with the same company. 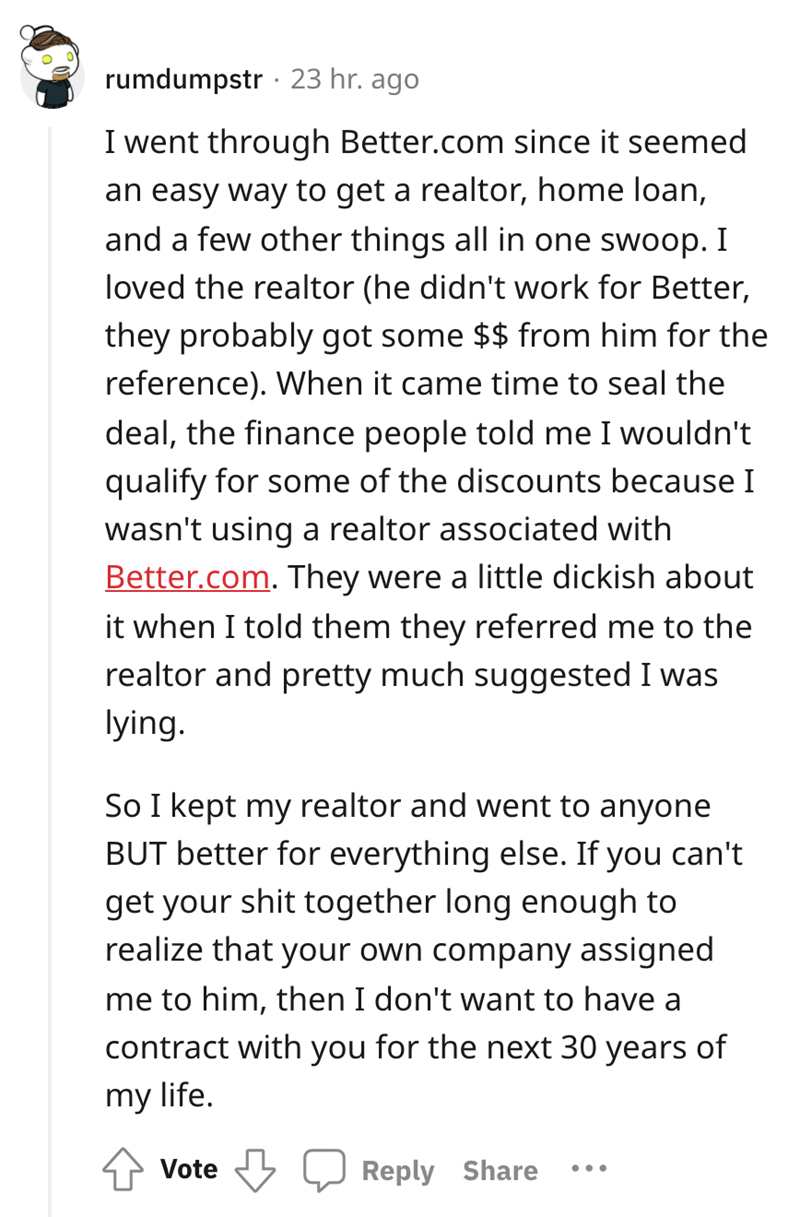 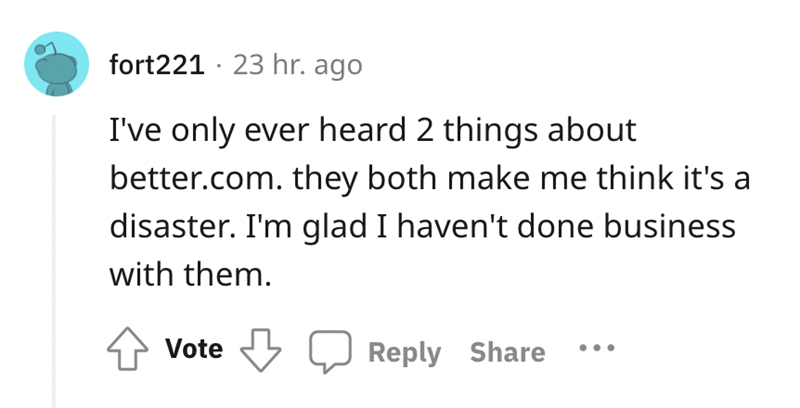 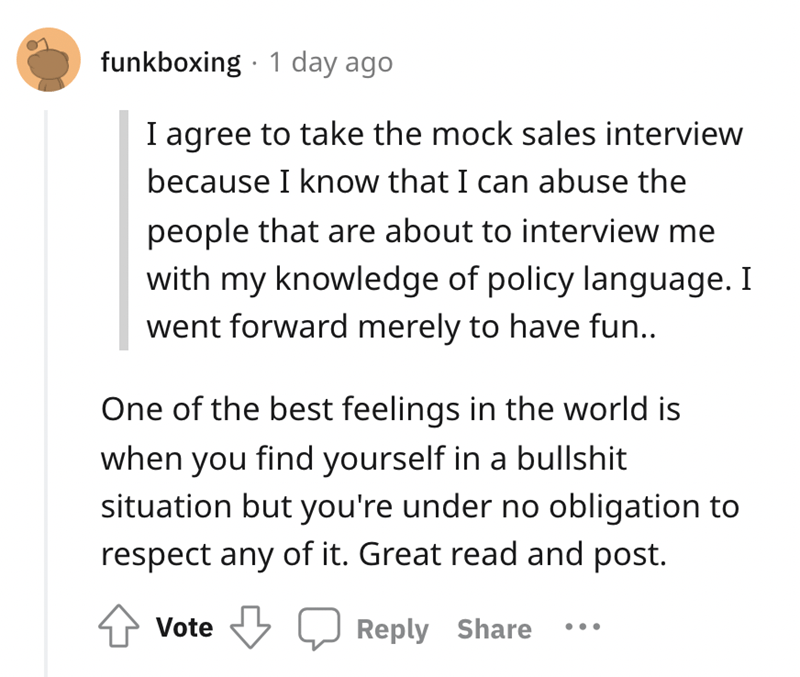 They tried to cover their incompetence by putting the blame on the man. 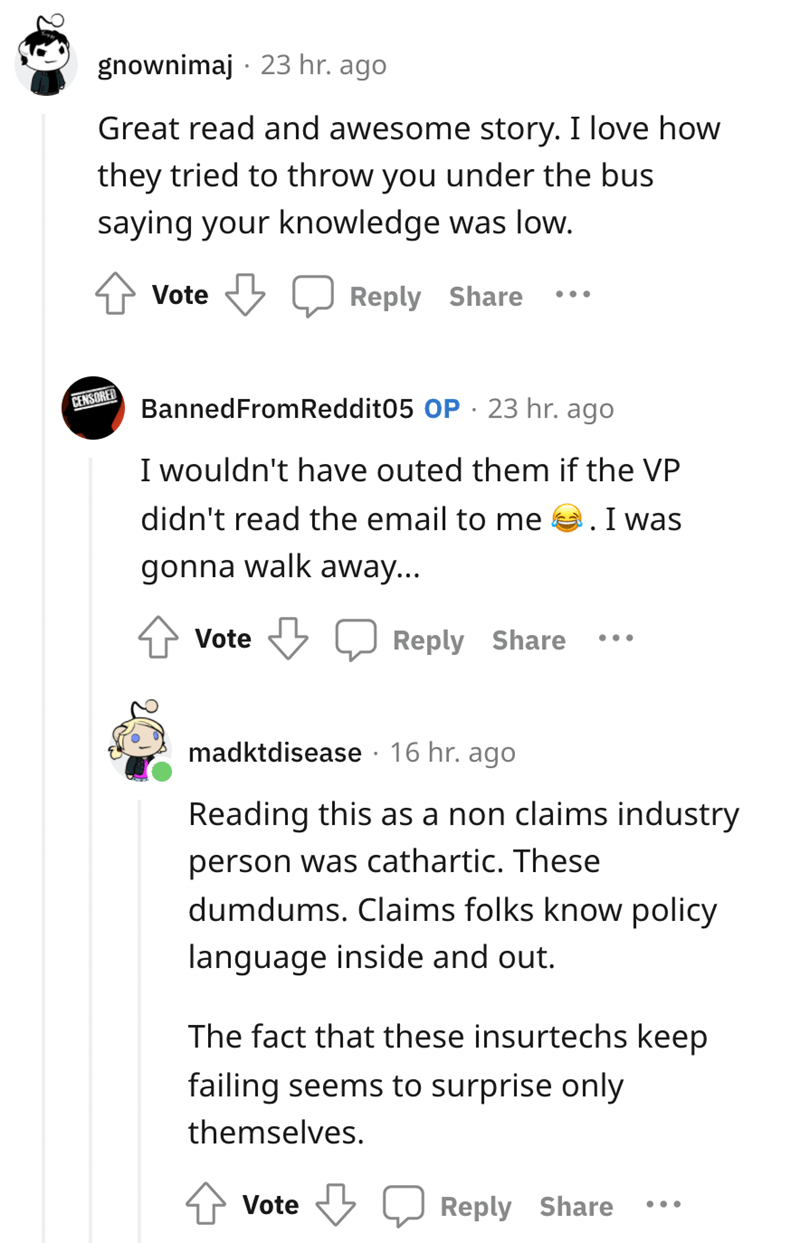 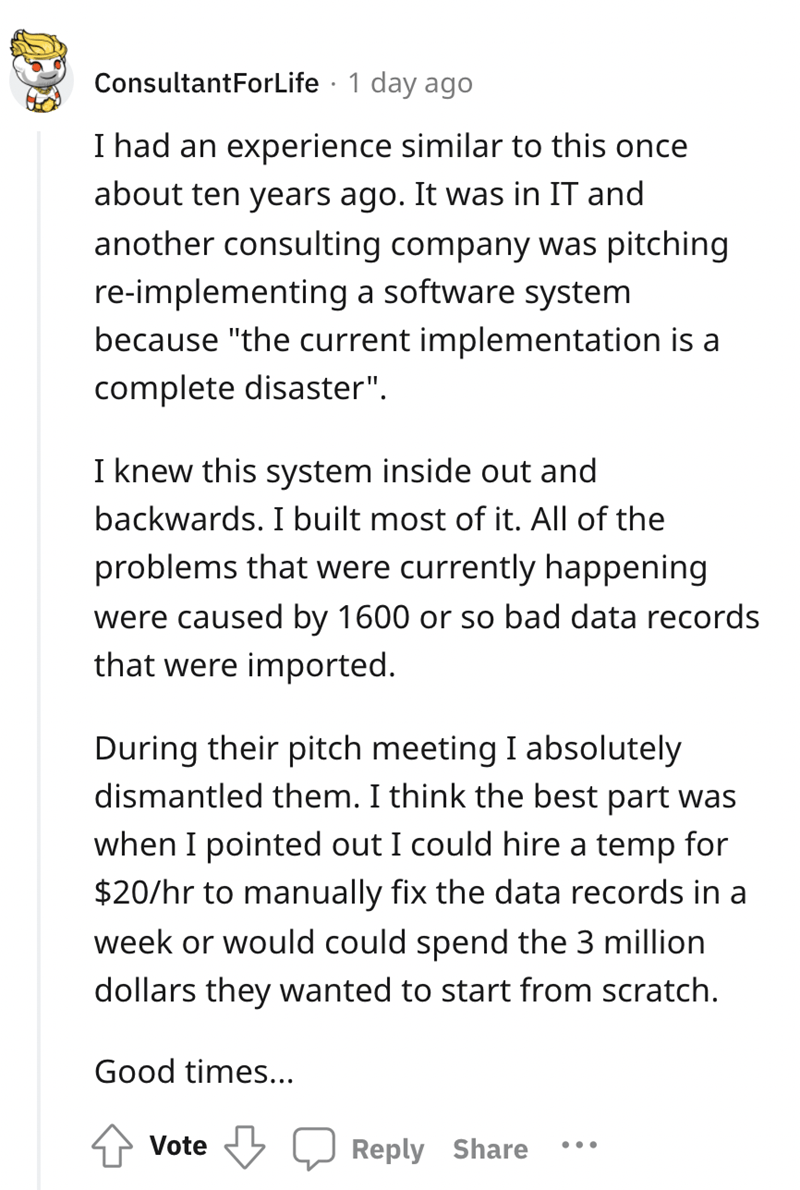 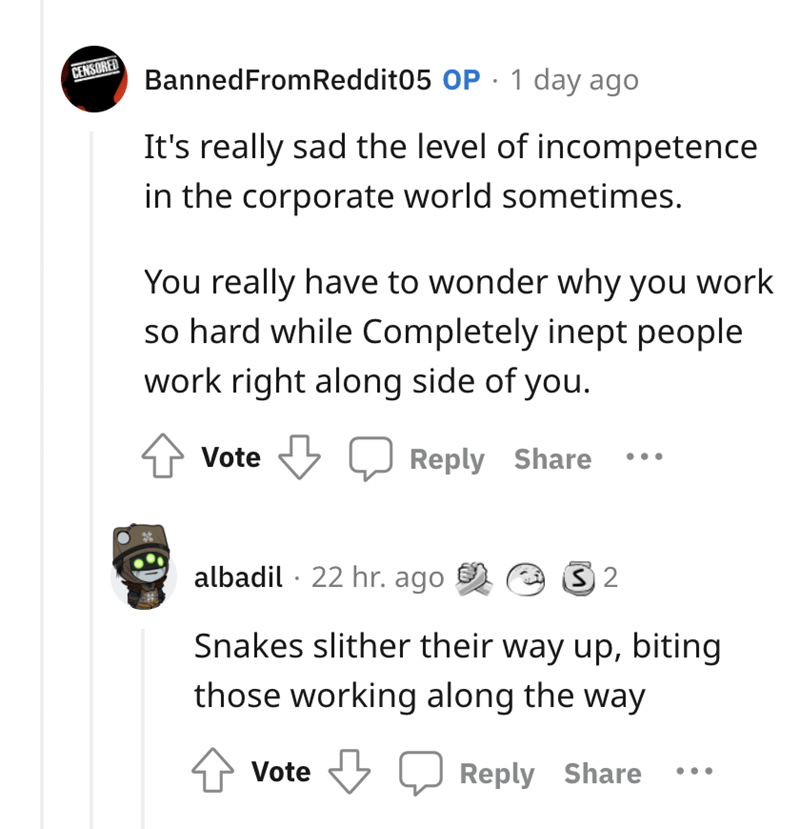 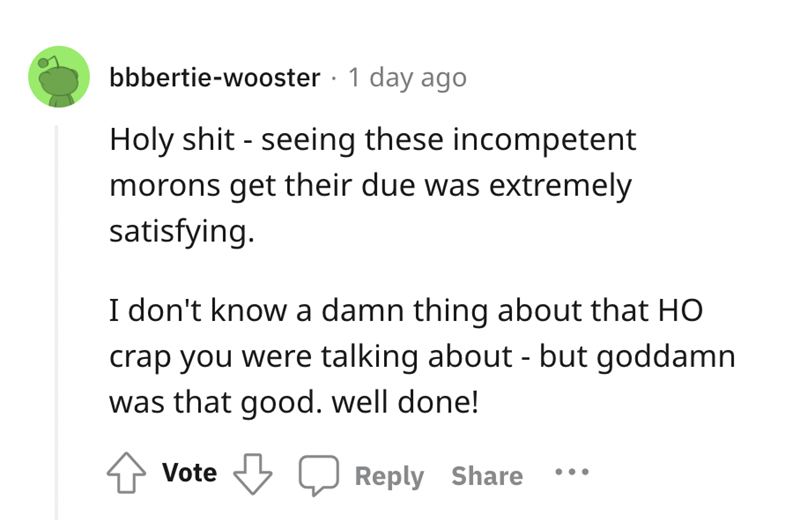 Have you ever had any nightmare interviews? Share your experiences with us in the comments below.