Not everyone has to get married.

I know our society forces the idea of marriage and kids upon everyone but marriage shouldn’t be forced upon anyone. And it is perfectly fine to have a relationship and even kids but never want to get married to your partner. After all, it is just a piece of paper and if you already know you feel about your significant other, there is no problem.

However, you both have to be on the same page for this to work. For some people, marriage is a big deal and for others, it is nothing more than a legal document. Whatever your thoughts may be on marriage, it honestly depends upon the individual. Although in this case, it is a tiny bit more complicated than that.

This guy apparently doesn’t like the idea of marriage and that is fine but what is not okay is how he dealt with the whole issue with his girlfriend. You can read the whole story by scrolling below and taking a look for yourself.

You’ll soon come to understand where this woman is coming from. 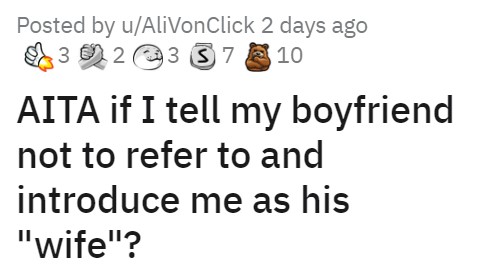 If you have been together for this long he must know you want to be married to him. 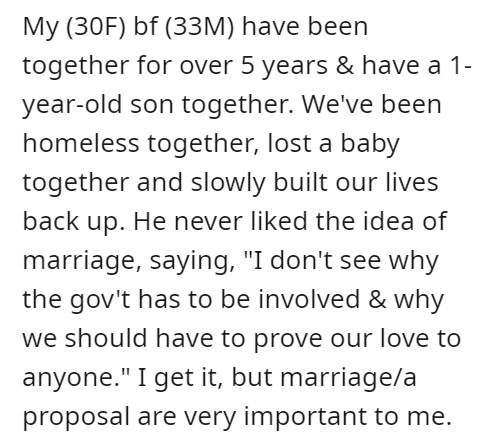 This is already raising red flags for me. 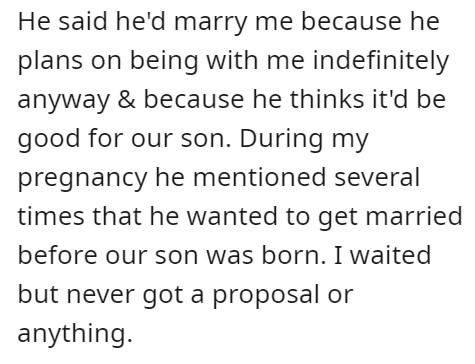 If he doesn’t think it is a big deal why is he making such a big deal about it? 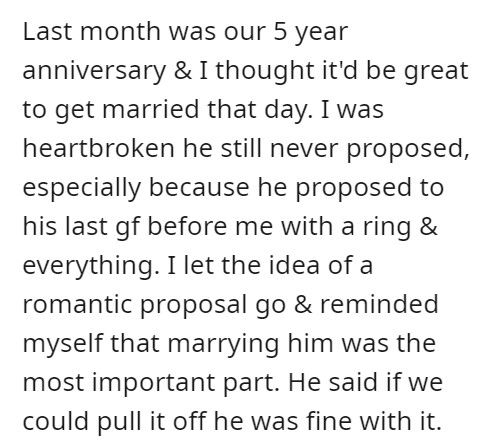 He agreed on everything and helped her with none of it which is okay if she is fine with it. 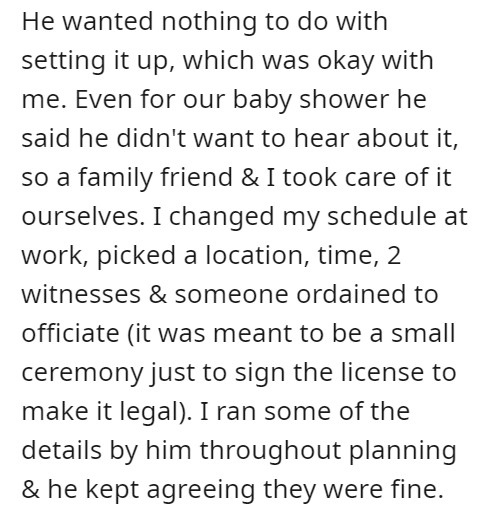 However, that is when he dropped a bomb on her. I don’t think he ever planned on marrying her in the first place. 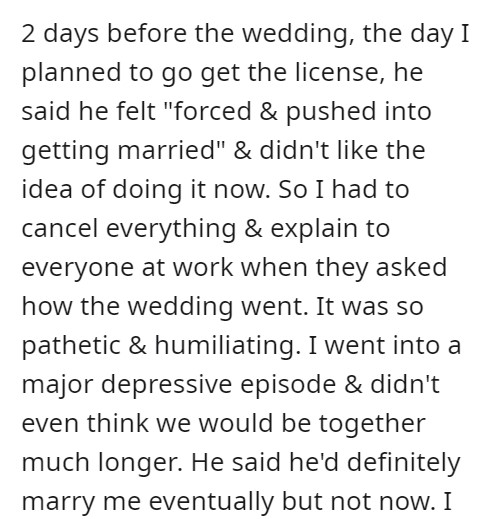 This just proves the point I made before. It isn’t that he hates marriage, he just doesn’t want to marry her. 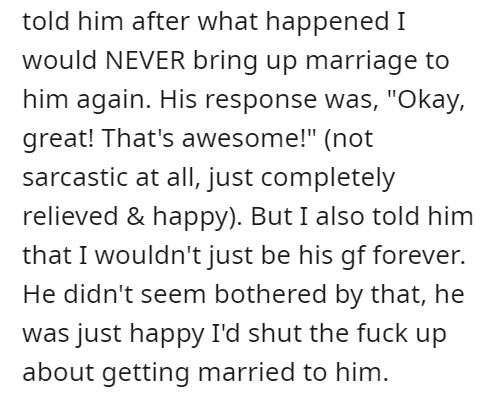 However, it seems he does want all the privileges that come with being married without all the responsibility. 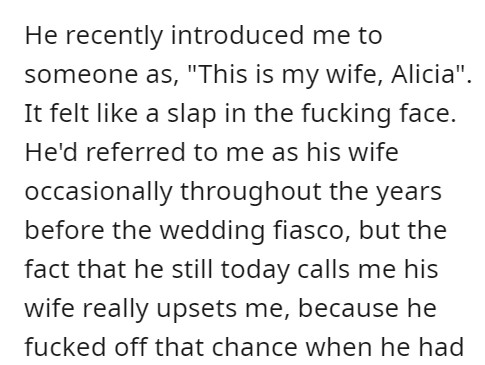 Honestly, he deserves a lot worse than just not being able to call you his wife. 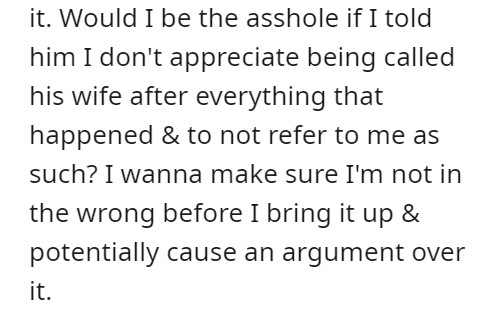 He’s actually a really good father. I still care for my son primarily on my own event when he’s home. Like when we’re both off work I’m the one waking up with him in the morning and generally tending to him more than his dad does.

He’s way better than my ex who never even woke up once in the night while my oldest was a baby. He’s not a bad father but definitely relies on me to care for our son primarily. –AliVonClick

Ask him why he does that if he hates the idea of marriage so much. 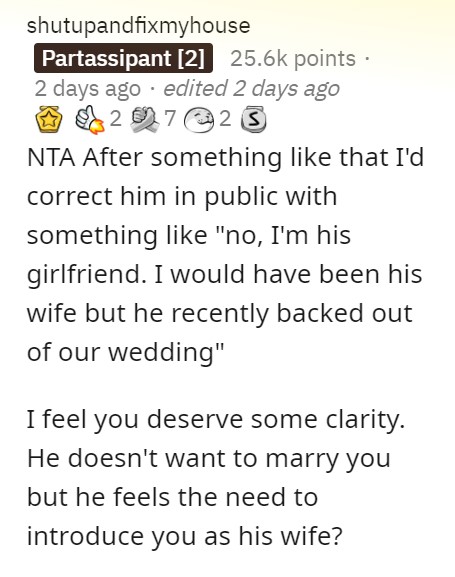 This is actually some great responses when he does this the next time. 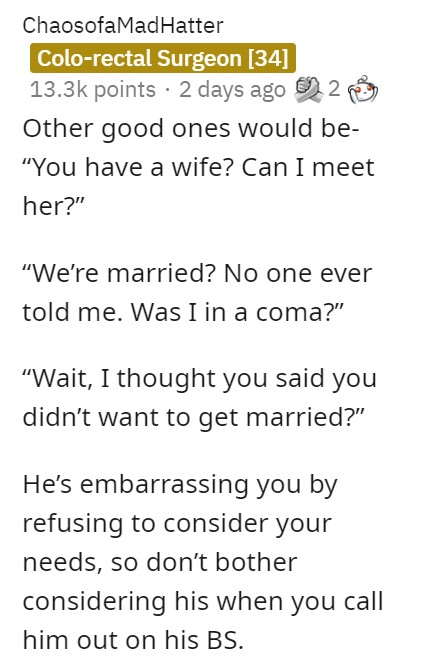 “What? When did we get married? Did I miss it?” NTA. Call him out on it. You’re not overreacting or in the wrong. He wants all the benefits of being married without actually putting in any effort.

If he’s going to call you his wife then he actually needs to make it official. If you want to be extra petty, call him out in front of whoever he’s introduced you to. “Dude, I’m not your wife until you put a ring on it!” –Dammit_Janet5

Exactly! He is just stringing her along. 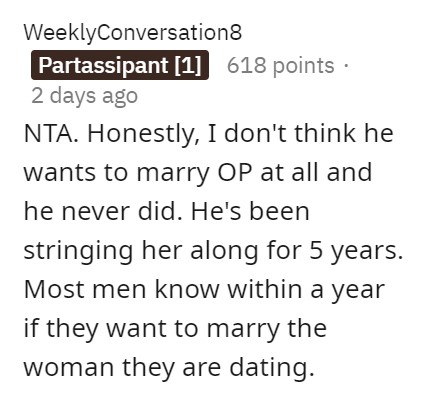 This may sound like a big step but it is going to end this way anyway sooner or later. 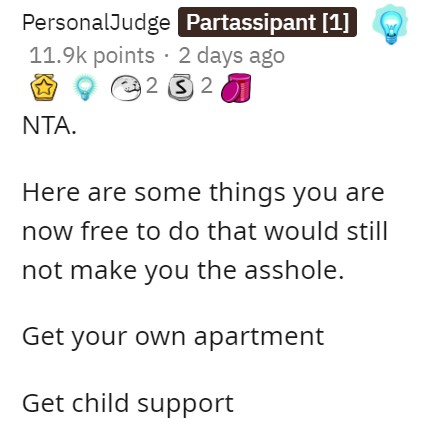 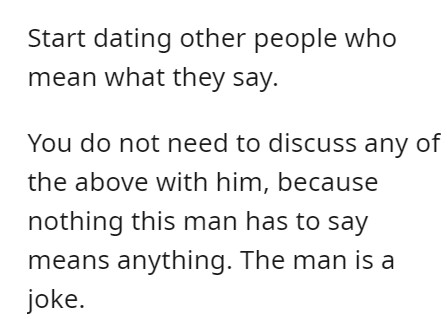 What are your thoughts about this issue? Do you believe in the idea of marriage or just think of it as a legal document? Comment down below and let us know.