There is a limit to what people can believe.

I believe nobody is going to believe if you don’t do your homework and then tell the teacher the next day that ‘your dog ate it’. I mean that sounds ridiculous, right? Well, if it was this particular Karen she just might use the oldest trick in the book. Making up huge lies that nobody will believe to get out of work and get paid anyway.

I have no idea why she was doing this in the first place. Did she not care about earning enough money to live comfortably? Well, whatever her reason, she soon got fired from her job. However, things don’t end there. She apparently thought it was a good idea to use this job as a reference for her next endeavor. I would love to know what was going through her mind when she thought of it but I suppose we will never know.

I would say this story is definitely worth the read. 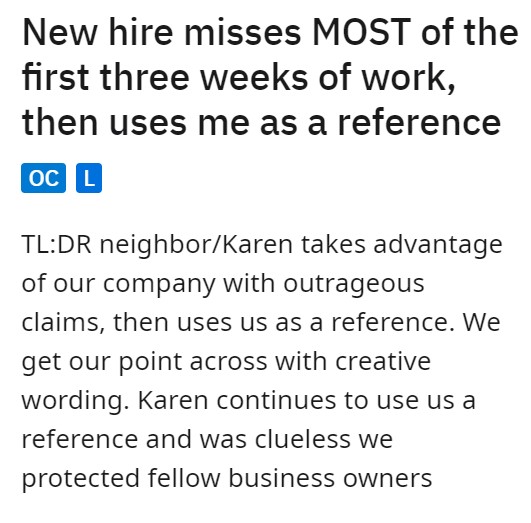 I don’t know about calling her Karen, she didn’t really show the usual behavior associated with Karens. 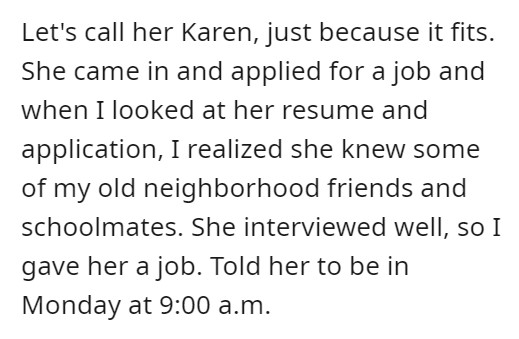 I mean it could be true, however, there would be a mark on her head if it was. 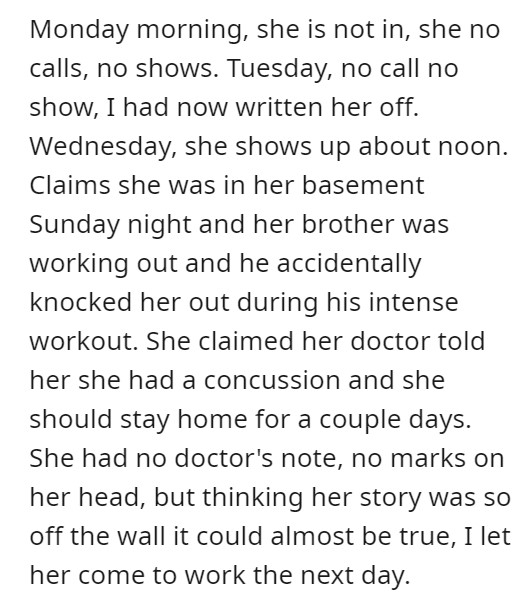 Things did take a turn for the good for a while and it seemed like everything was going to go fine. 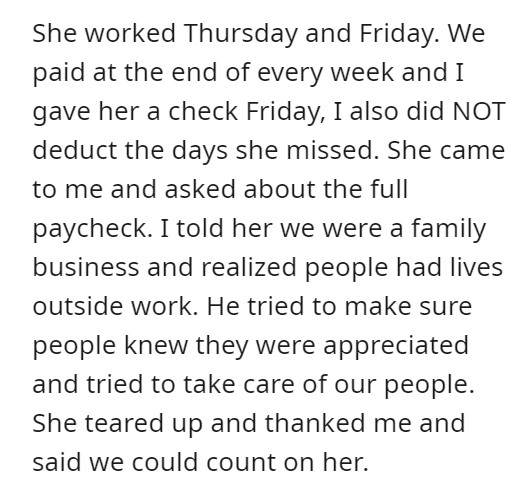 However, that was not it and she had another story at the ready. 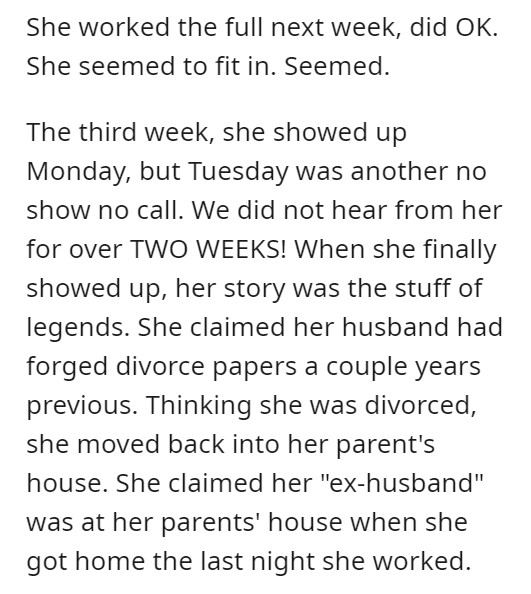 I really think she should work as a creative writer, her mind makes up the weirdest stories. 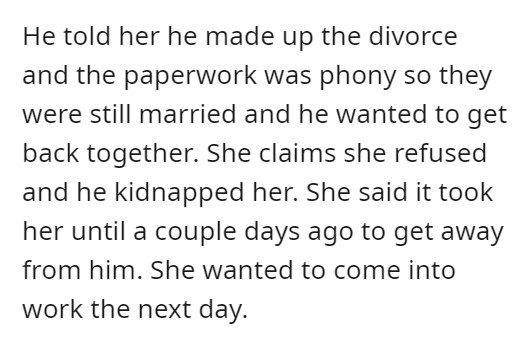 So you might think this is where the story ends but the best part isn’t even here yet. 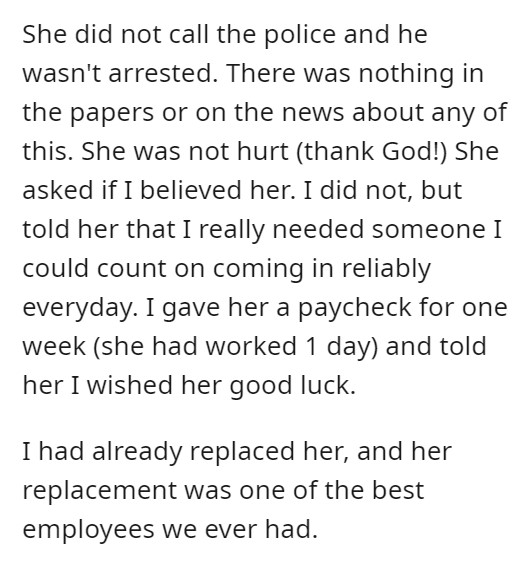 You know what I take that back. You have to be somewhat intelligent to be a writer and she clearly lacks the brains. 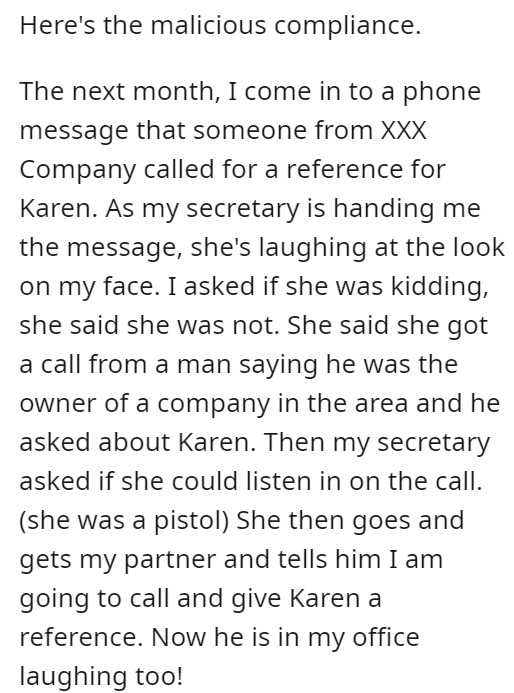 What is so bad about telling the truth though? If she was a bad employee just say so. 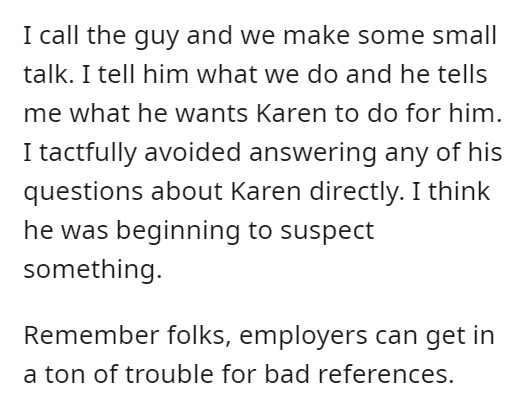 I got a call from a potential employer for a former coworker. They asked if I considered her to be reliable, etc. All I said was “if she’d actually asked to use me as a reference, I would’ve said no.” –JuniperHillInmate

I mean that is a great way to get away with telling the truth and not getting in trouble. 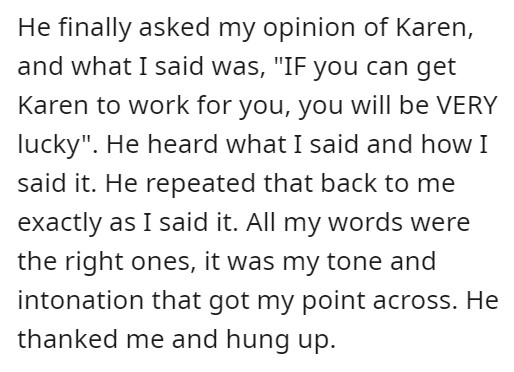 She should have known not to use them as references. 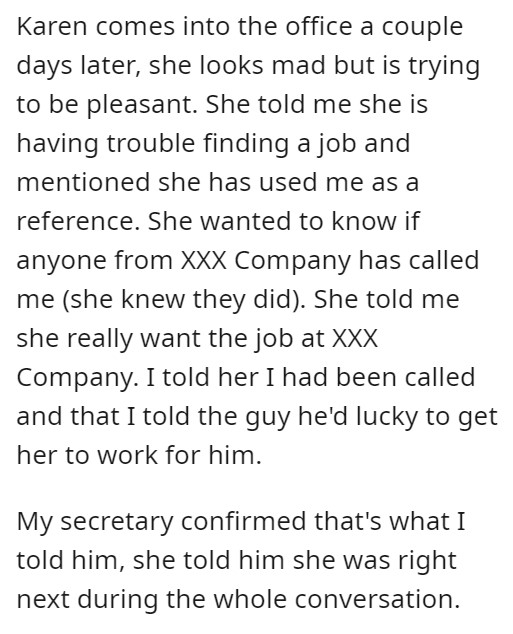 I would never believe that people could be this clueless and yet here we are. 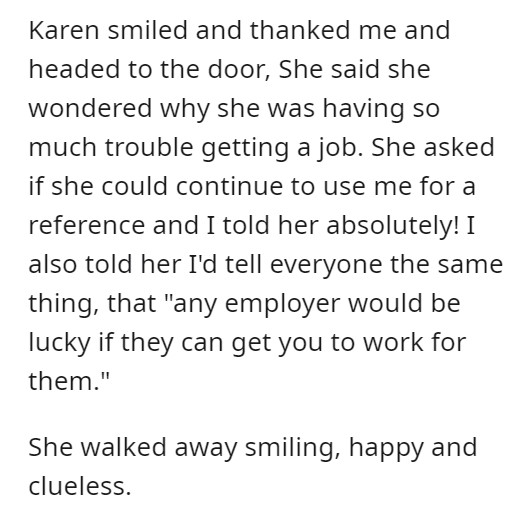 About a year ago a coworker I disliked used me as a reference. I said sure whatever. The company called and asked about him, and I gave them a raving review.

A few weeks later he called to thank me because he got the job and was being paid to move halfway across the country. Success. –tiefling_sorceress

That is one way to use the loophole in this system. 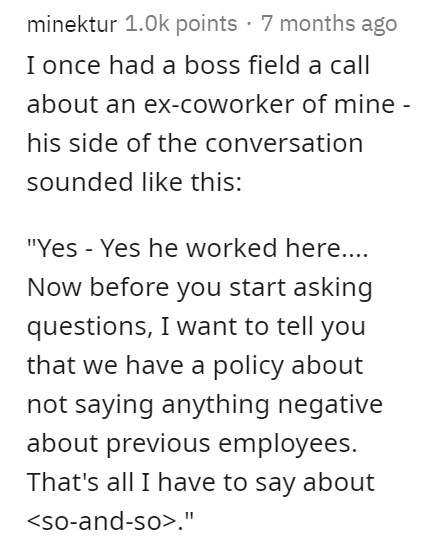 Honestly, she didn’t seem like such a bad person just had a habit of lying. 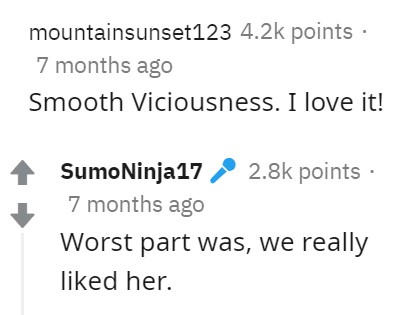 What do you think was the reason behind her lies? Was she a compulsive liar and couldn’t help it? Comment down below and let us know.