Marriage is a rollercoaster ride.

It has its ups and downs. You can’t expect things to go smoothly because that is not how it happens in real life. People say that a relationship should ideally have a 50-50 effort percentage. But in reality, there are times when your partner is having bad days and can only give you a 30. What do you do when that happens? You don’t just give up or complain. You pick up the rest of that 70 and you make things work because you love the other person. Wait for things to get better so you can return back to normal. That is the only way you can make a relationship work. It requires compromise and sacrifice.

This man on Reddit shared his story with his pregnant wife. He told her that they are BOTH pregnant since he works a lot. He asked everyone to “hear him out” first. Is it as bad as it sounds? Read the story down below:

He starts off by saying his wife is a complete nightmare when she is pregnant. 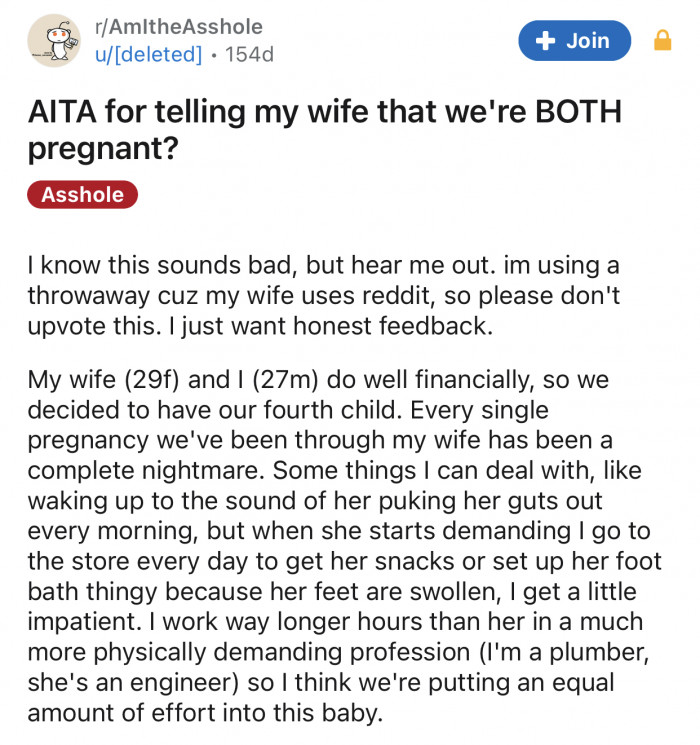 He wants an hour of video games instead of doing chores or taking care of the kids. So, he tells his wife they’re both pregnant since he has been working so much. 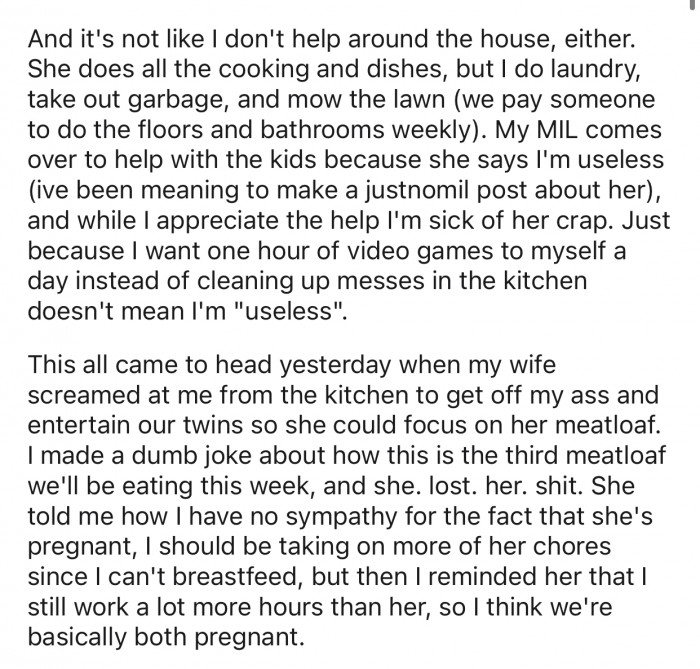 He gave some more clarifications and asked if he was wrong for saying all that. 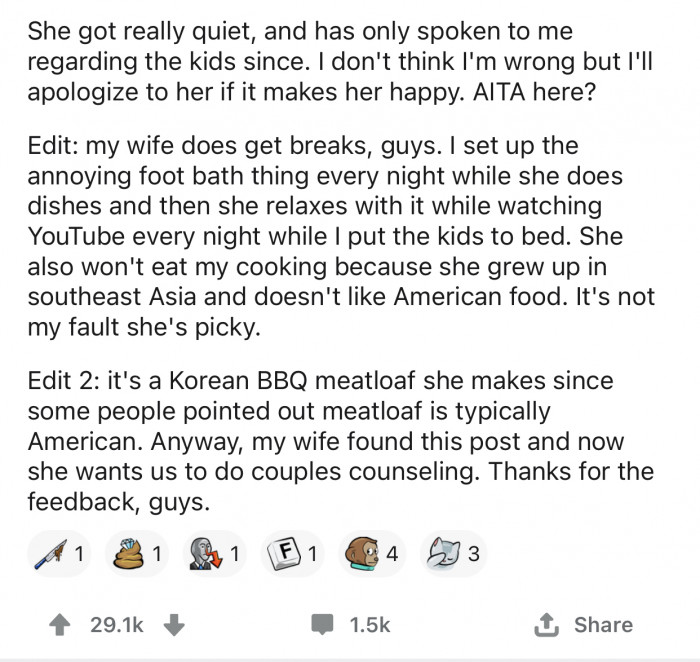 I don’t know about you, but in my opinion, this guy is completely in the wrong. He has absolutely no idea what it is like to be pregnant. His wife is not only handling the kids and chores, but she is doing a lot of emotional and physical labour as well. The husband is highly inconsiderate and selfish. After four kids, you’d think that he would’ve grown up by now. 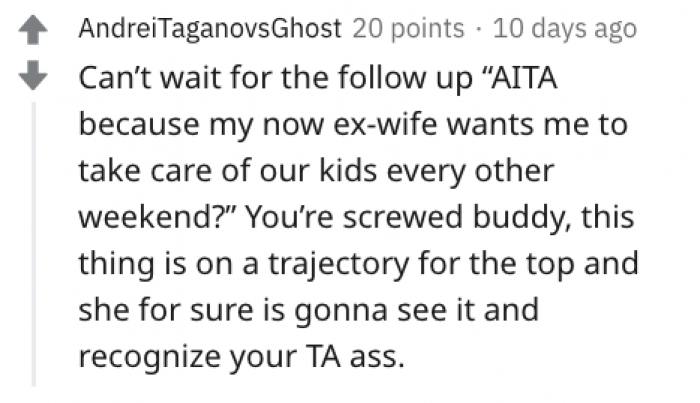 This doesn’t sound like the kind of thing a married, grown man would say. 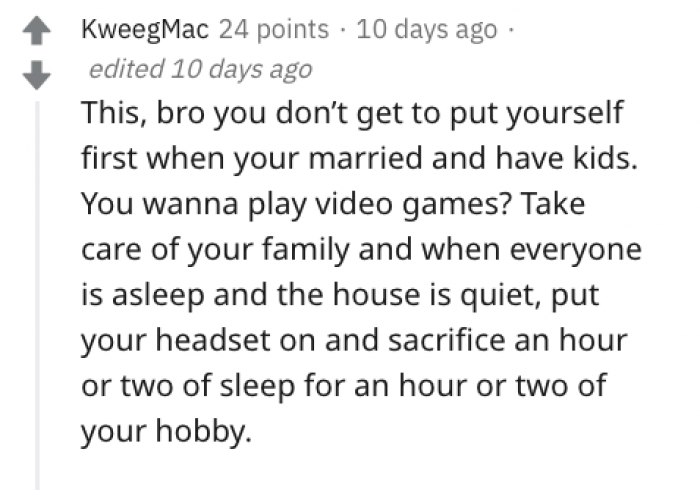 He is definitely exaggerating. 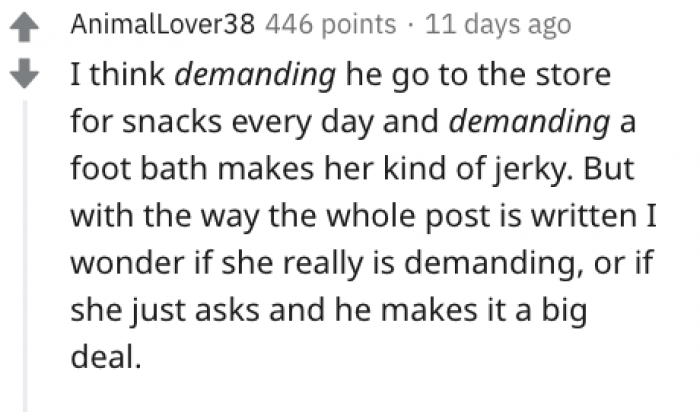 It doesn’t take much to be a decent human being. 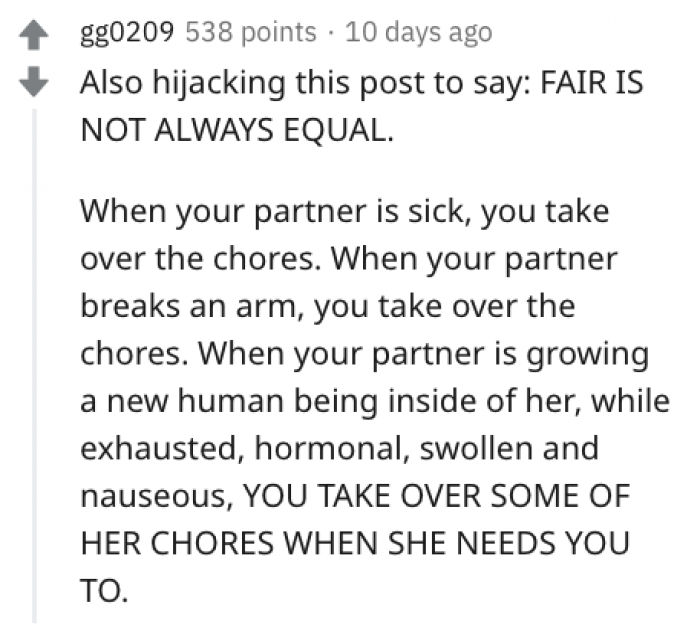 You bet he would complain even more if they switched chores. 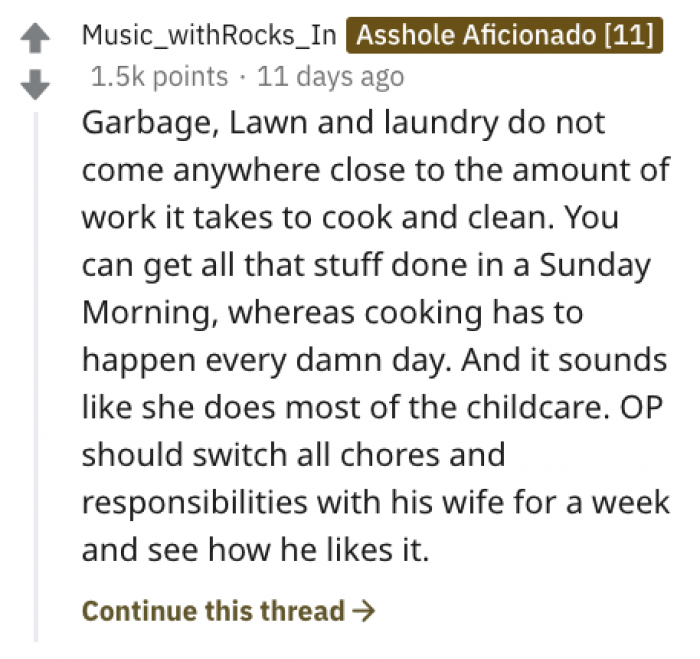 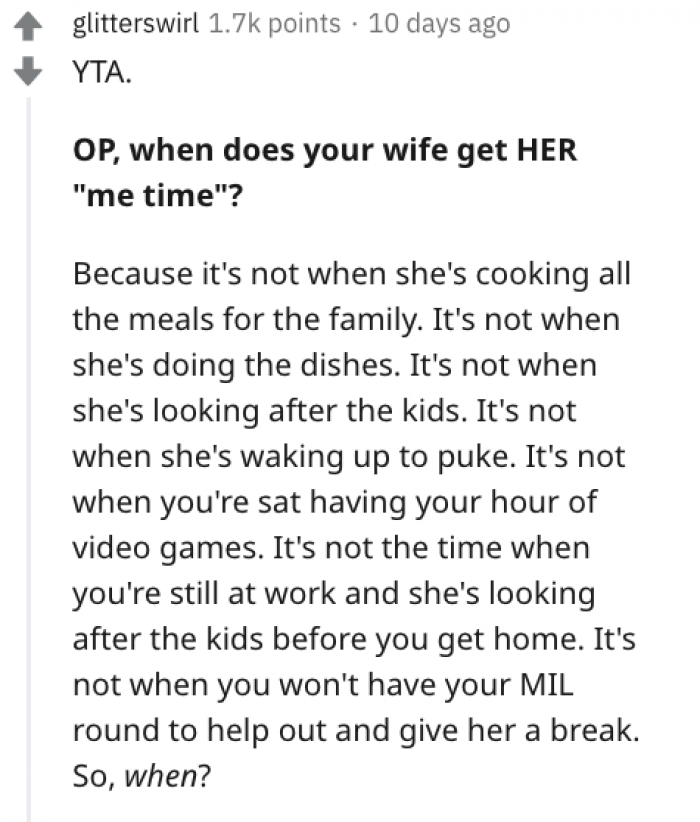 Everyone blamed him, and rightfully so. 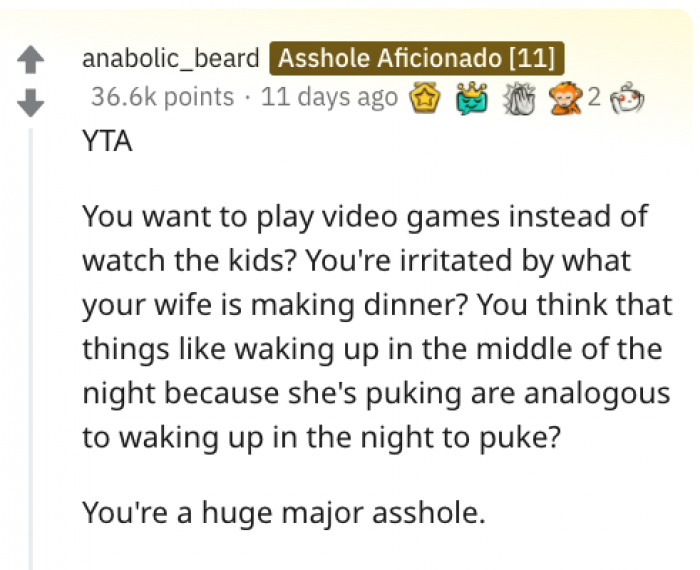 What is your opinion on this matter? Do you think the husband was wrong or are you on his side?