Coming out of the closet is not an easy process for some people.

Being accepted by your family means a lot to kids. If your parents do not support the LGBTQ community, but you are a part of it, you will always be afraid to tell them the truth. Usually, a lot of kids are disowned by their families when they come out and the whole process is very difficult and painful. So if any of you have a supportive and understanding family, consider yourself very lucky. It is always nice to have your family accept you for who you are and not have to pretend to be someone you are not in front of the ones you love. This is why many people put a lot of thought into the decision before they come out and decide what exactly the right time would be. They just want to feel comfortable and safe when they give their family the news.

This girl on Reddit shared her story of her cousin coming out on a family zoom call. The cousin wanted it to be a big reveal but she did not know that the girl was also gay. This came off as a surprise to her when the family mentioned the girl is also gay, and she later accused the girl of stealing her spotlight. Read the whole story down below:

The girl’s cousin announced on the family zoom call that she likes girls. Luckily, the whole family was very chill about it and responded positively. 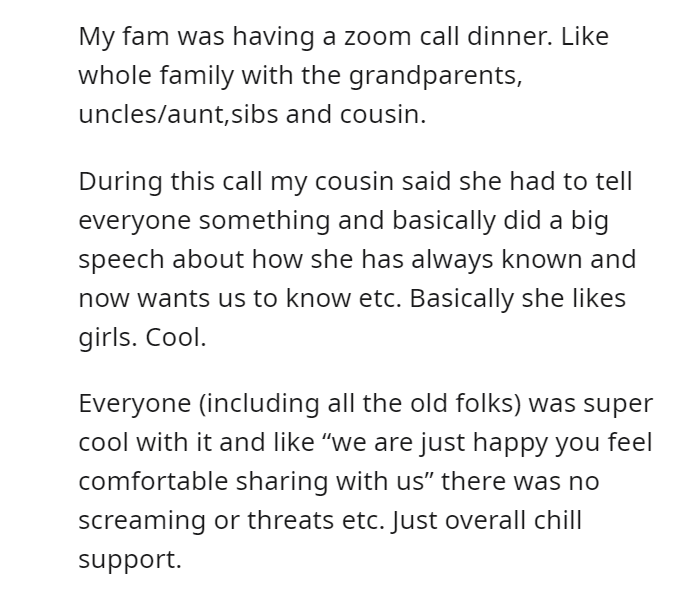 The cousin joked about how she was the only gay sheep of the family, and everyone got awkward as they knew the girl was also gay but never formally announced it or made a big deal about it. 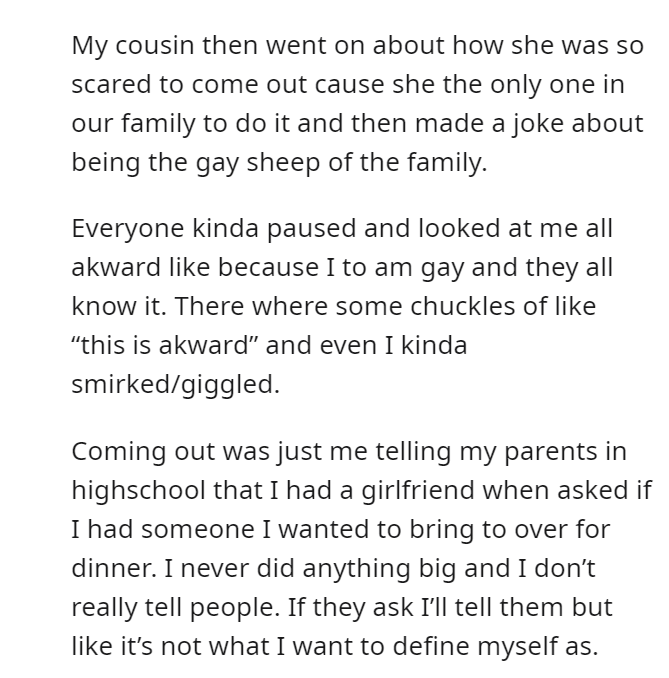 The cousin finally asked the girl if she was gay and she said yes, after which the cousin left the call and accused the girl of stealing her spotlight. 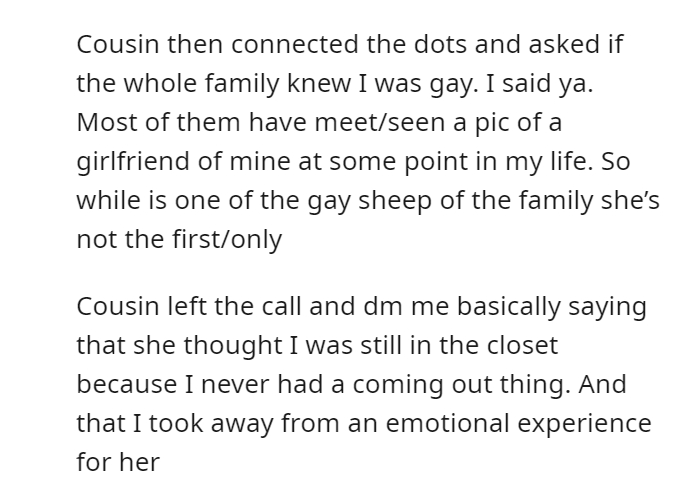 The girl was mad at her cousin for responding the way that she did, but then started second-guessing her actions and wondered if she was the one in the wrong. 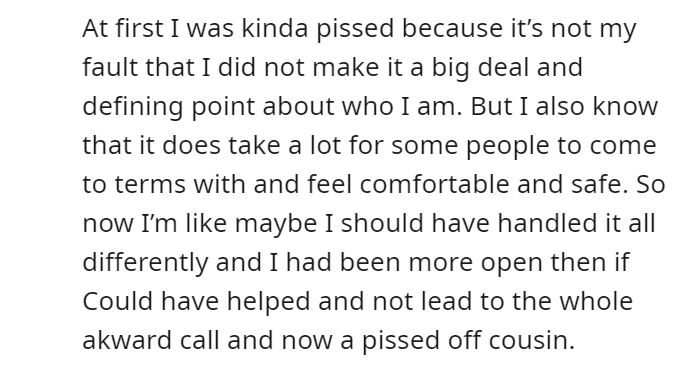 This is why the girl thought she might be wrong: 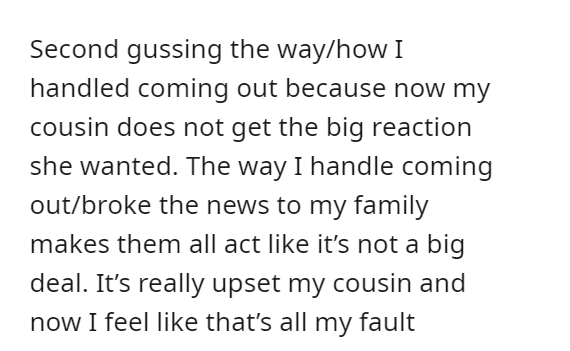 In my opinion, the girl is not at fault at all. She was just being a part of the conversation and didn’t even intentionally try to make it about herself. The cousin is probably overreacting, perhaps because it meant a lot to her but things don’t always go as planned. She should just be glad that her family accepted her for who she is.

Other Redditors gave their opinions on the matter. 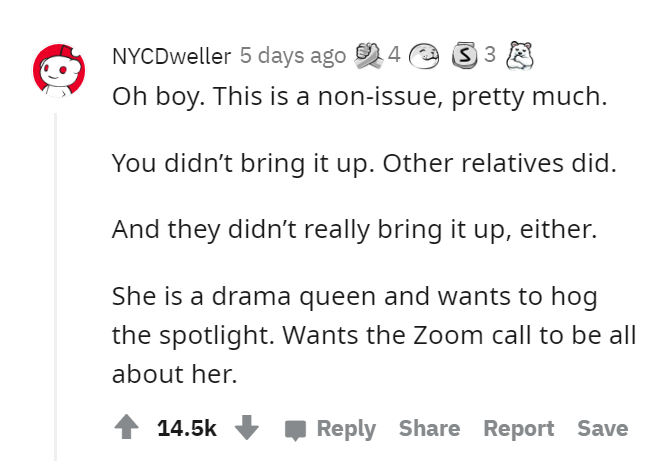 They called her cousin a drama queen for trying to stir up a scene. 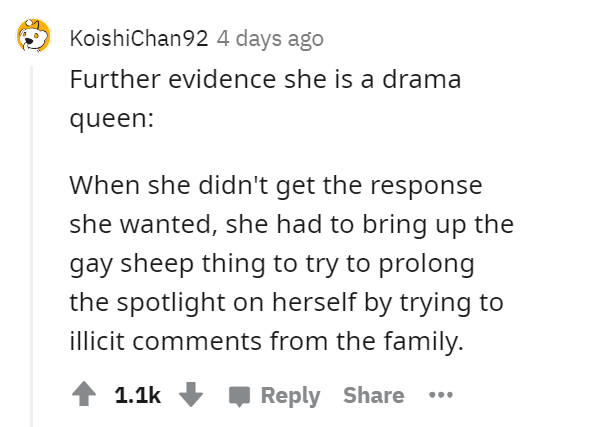 The girl further explained how her mother tries to support her. 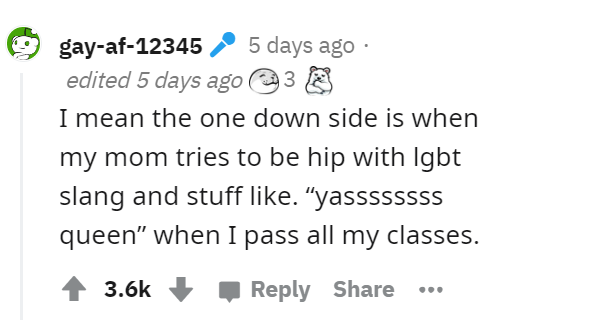 The cousin seems like the one in the wrong here. 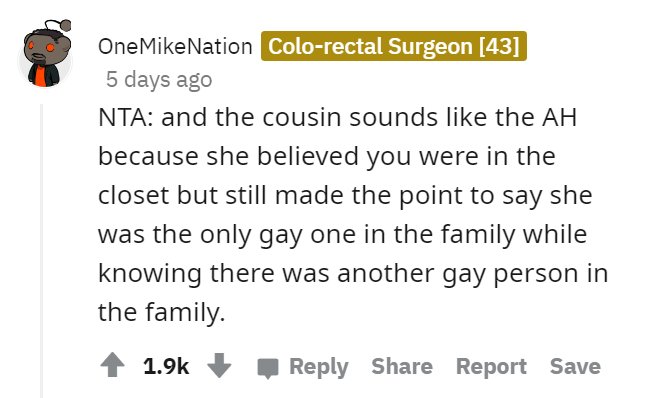 People reassured the girl that she was not at fault. 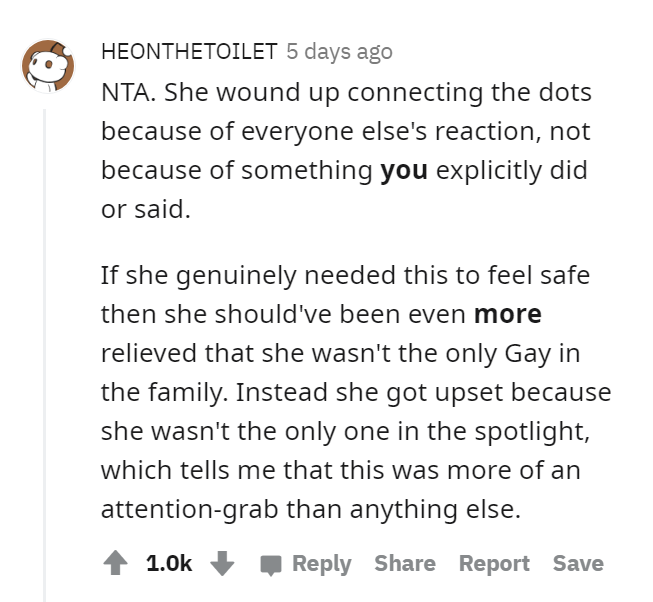 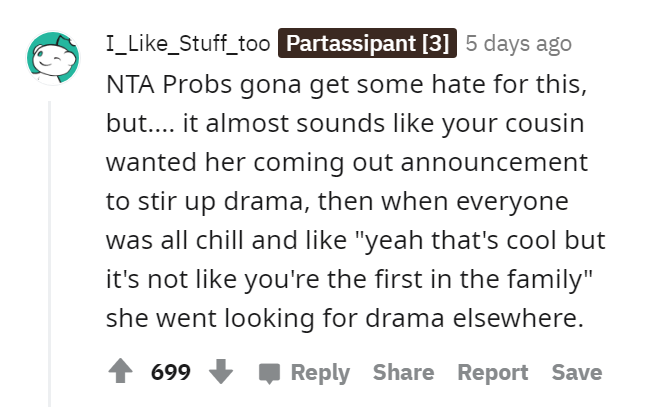 The girl gave an update later. She decided to stop blaming herself. 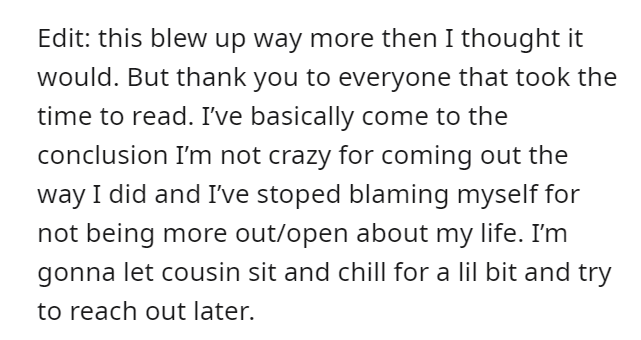 Who do you think was in the wrong here? Share your thoughts with us in the comments below.