It seems some people are stuck in the caveman century.

We all like to joke around how some people have very narrow thinking even in this century but they can’t be compared to the ‘nice guys’ with fragile masculinity. I mean I understand that getting rejected is never a nice feeling but that doesn’t give anyone the right to be extremely rude to the other person.

However, these ‘nice girls’ and guys automatically change their attitude from ‘nice people exist’ to childish insults and name calling. And instead of accepting it graciously, they tend to say that they were only pitying the other person and didn’t like them in the first place. Honestly, I believe all of these people re either crazy or bi-polar with the way they act.

The following story is an example with one such guy. You’ll only believe it once you see it with your own eyes. 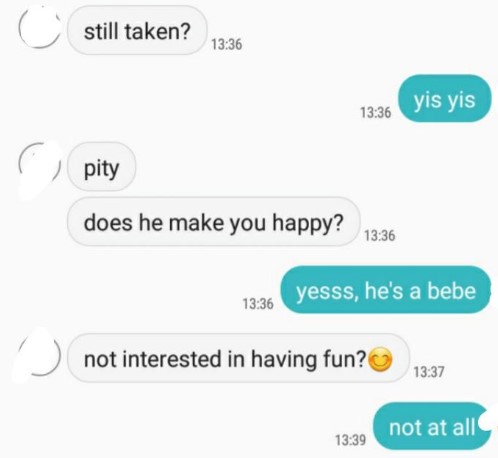 I never understand why guys tend to send you pictures of yourself. 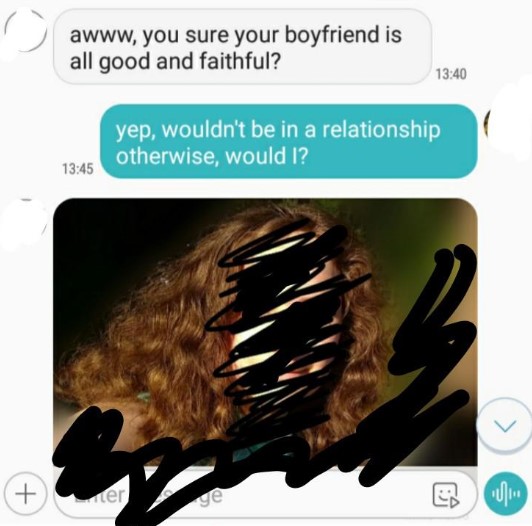 He randomly posted OPs picture right there in the middle of convo too?? What a psycho freak of nature. I’d be afraid of him. –geekchic924 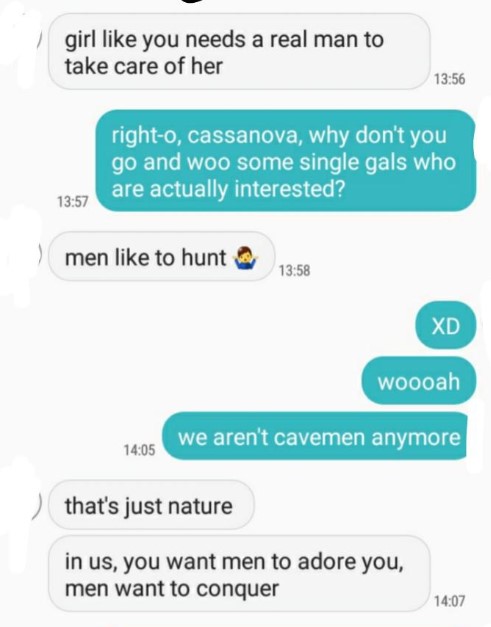 This line of thinking is making me nauseous. DIdn’t know people like this still existed. What is he a human or an animal? Because I can’t tell.

You sound like a caveman and yet she’s the boomer here? Makes sense. 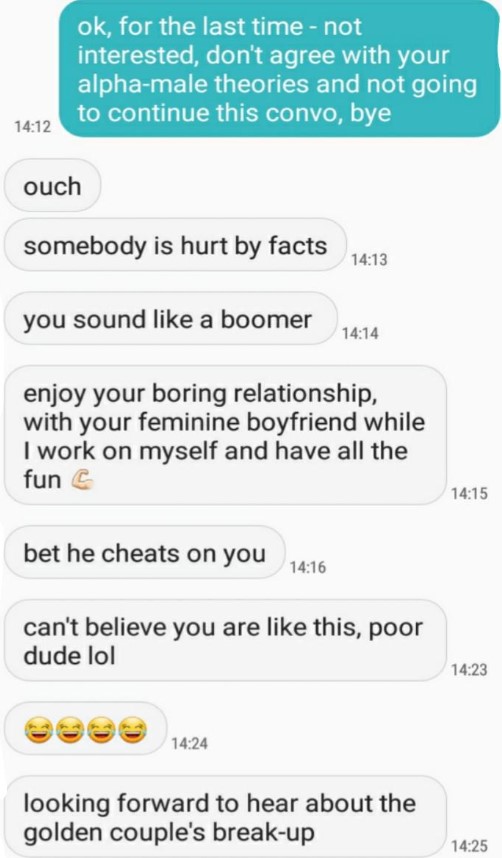 There’s a bunch of people (mainly dudes) who believe in all that Alpha and Beta crap. Basically (as far as I know) if you aren’t ripped, have a massive dick and don’t behave like a caveman pos (hence the “men like to hunt”), you’re a beta male and don’t deserve women.

There’s a kink related to this, but I’m not kink shaming the people into it, just saying what I believe this wacko thinks he is. –AlasIf*ckedup

Yup, her boyfriend is the worst off in the relationship since she is so faithful. 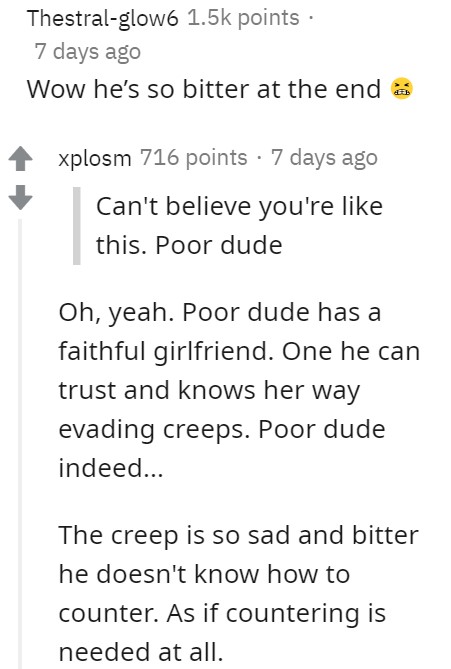 Maybe he thought she didn’t have a mirror at her house. 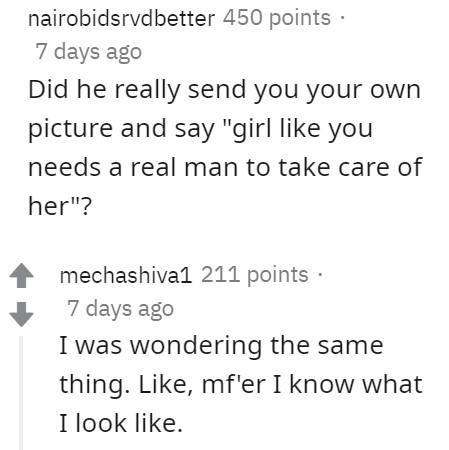 She really did miss a real masculine alpha man here. She will regret it later. 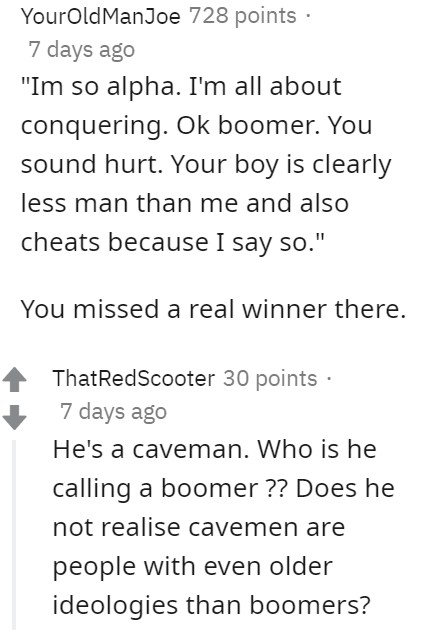 It’s not attractive no matter what men think. 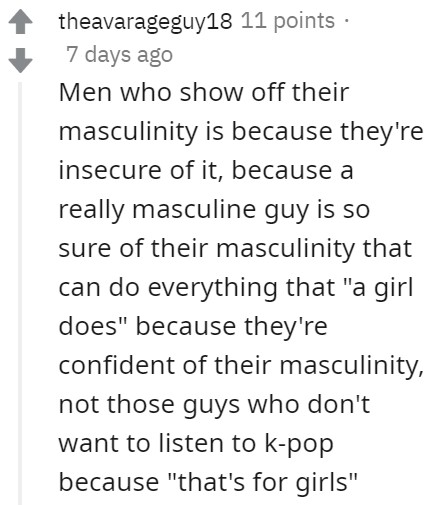 Poor guy for having such a faithful girlfriend. 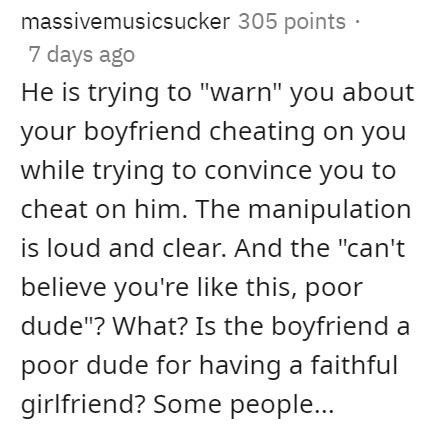 And here I thought boomers were known for lack of technological know-how. 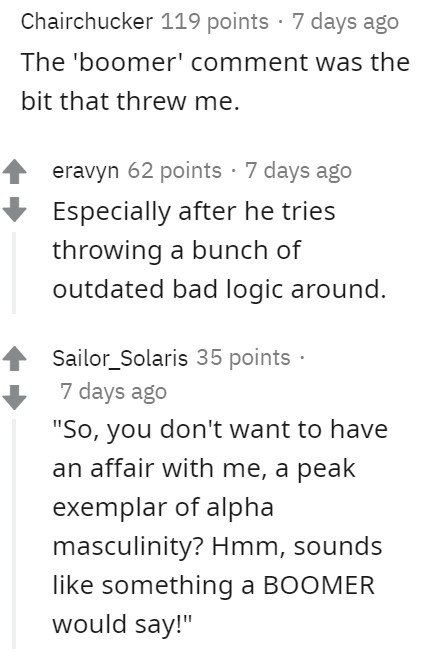 What did you think of the conversation between this girl and the alpha man? Comment down below and let us know. Don’t forget to share so others can have a laugh as well.