You should always be careful who you mess with.

It seems that managers and people with power tend to think they can do whatever they want. And without any repercussions. However, that is not how life works. These things always come back to bite you once you think you’re home free. That is exactly what happened with this manager.

You know when you need to fire someone, the best way to do that is to ghost them until they give up? Oh, that’s not how to do it? Well, this manager certainly thought ghosting someone was the way to go when he got tired of an experienced employee. he didn’t even have the decency to tell them upfront. Well, he didn’t saw what was coming next.

Scroll on below and take a look at what happened next.

As it turns out, ghosting is not only reserved for Tinder matches you wish you hadn’t swiped right on. 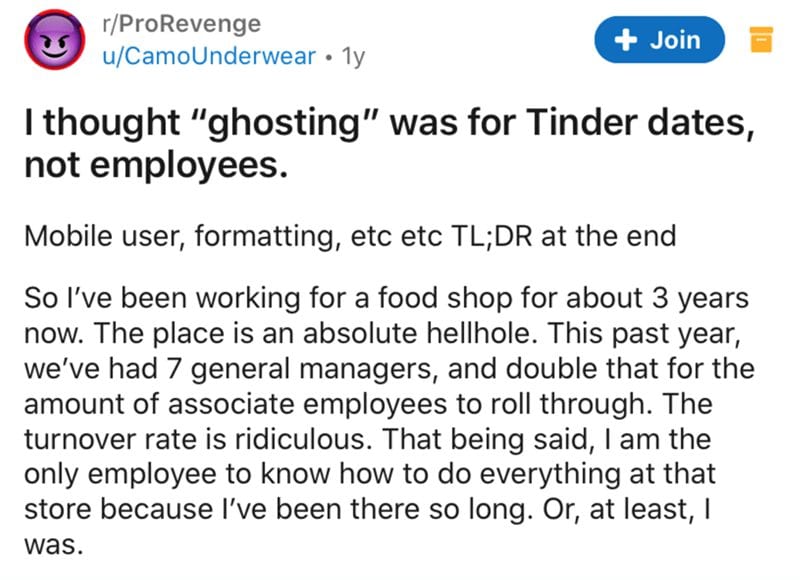 If someone did that to me, I’d be extremely angry. 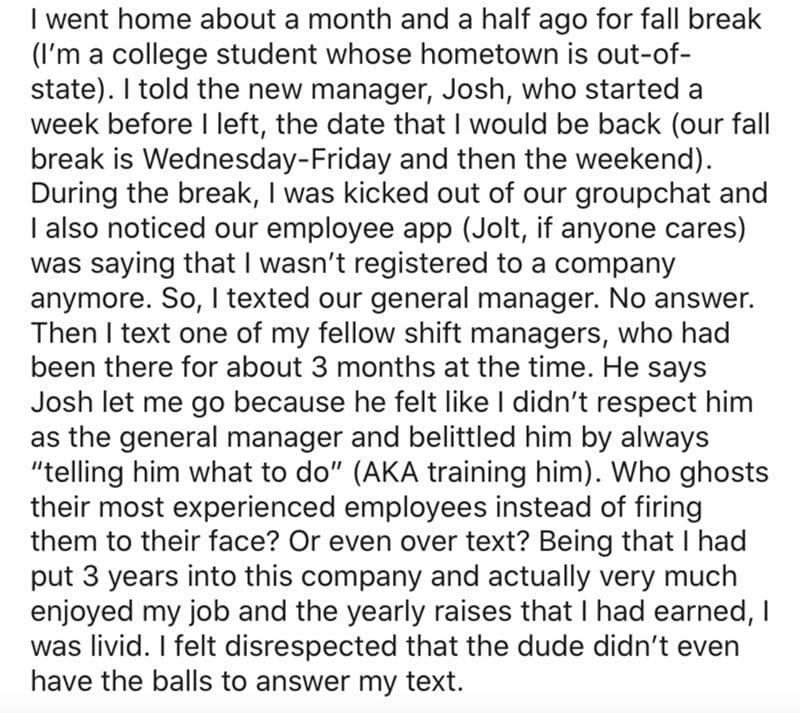 What country did this happen in? Can you not put a claim in for wrongful termination? Where I live (Ireland) there are strict hiring and firing laws and if this happened here, you would end up with a nice settlement. I’m talking 50/60k. –Nimmyzed

But he got his revenge very soon when he basically hired everyone at his old job. 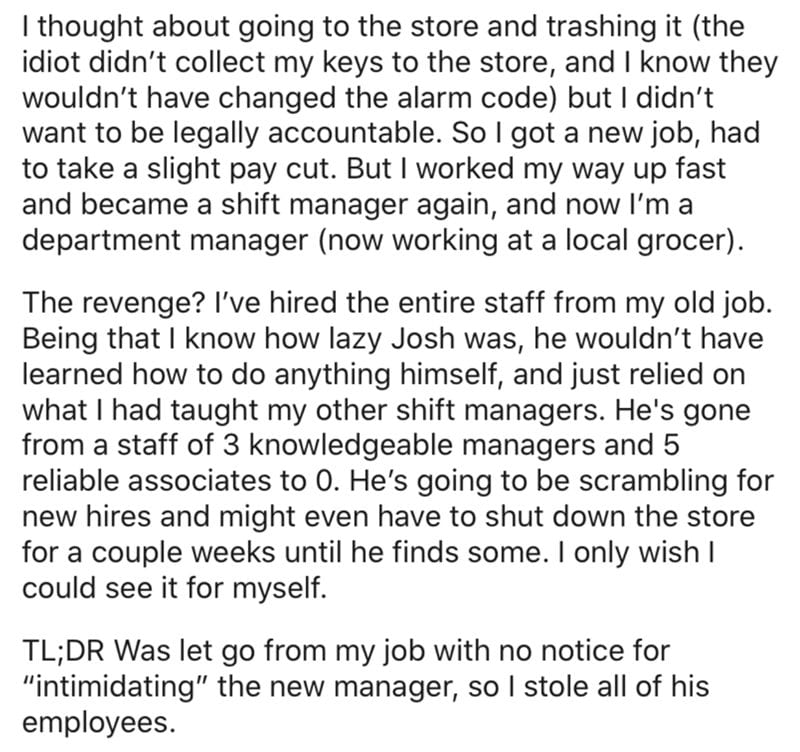 He even explained why the other employees were fine with the pay cut.

It’s a bigger store. Went from a little hole in the wall smoothie place to a grocer that has a couple locations around the city. They’re not all in my department, but all in the same store. About the pay cut, you’d be surprised by the kind of bond coworkers form when they’re subjected to shit management day in and day out.

We’re essentially family, so they left out of solidarity (also to get out of the hellhole). Plus it was only a pay cut for the shift managers. –CamoUnderwear

As you can imagine, other credit users were quite surprised at this turn of events. 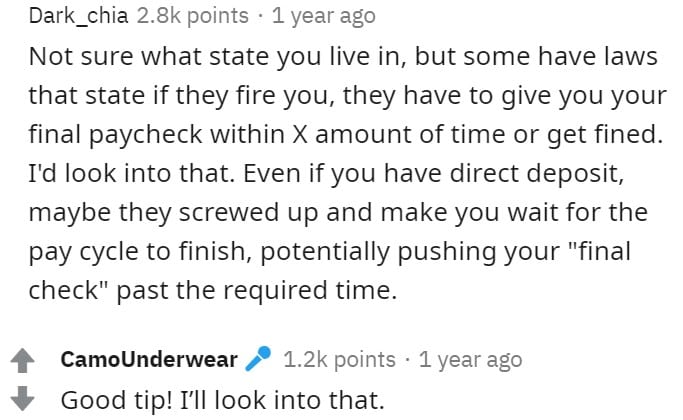 it was surprising to see his e-manager could do that legally.

And others were shocked when they learned how quickly he got promoted. 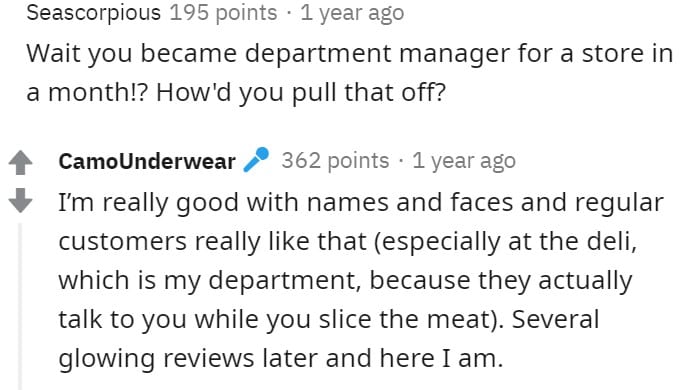 However, as it turns out, it is not uncommon to get promoted or get a raise when you’re experienced.

What are your thoughts on this short story? Do you think the revenge was fair? Or was his response a bit out of proportion? Comment down below and let us know.