When you are married, you have to behave like you are a part of a team.

A lot of parents are selfish. They put their own needs before their children’s and sometimes even sacrifice their happiness to get what they want. These kinds of parents ruin special events for their children, especially weddings. When you have parents who are control freaks, you know there will be chaos when they don’t get what they want. It is the duty of the couple to back each other up and not let their parents ruin their happily married life or their special occasions. Your wedding day will be one of the most important days of your life, and if your parents are selfish enough to ruin it for you, then you need to realise the reality of your parents.

This man shared his experience on Reddit of his wedding. His mother is somewhat a control freak and she has never taken no for an answer. His mother and mother-in-law had a dispute over who gets the first pick for the wedding dress. He later blamed his wife for the consequences. Read the whole story down below to form your own opinion:

The guy’s parents are really rich and they paid for all their children’s weddings. They also bought them all a house. 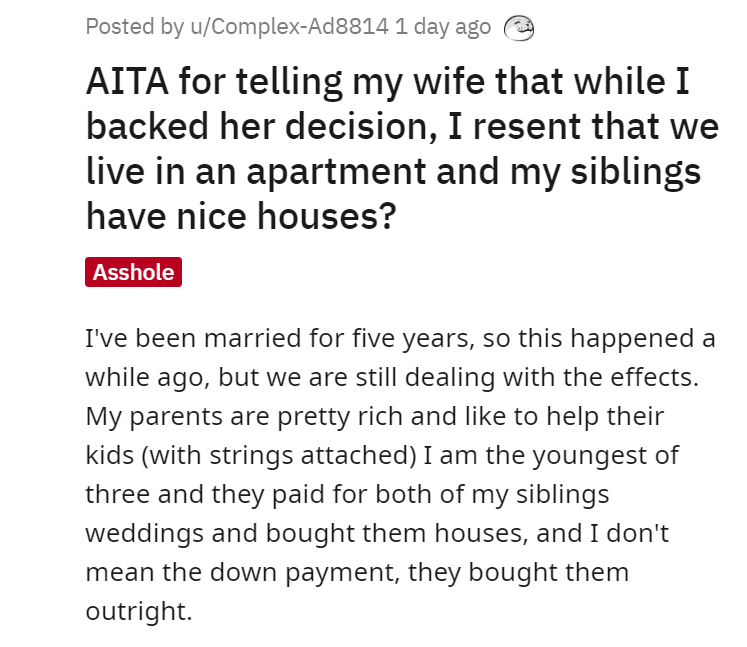 The man was offered the same by his parents but there was a conflict between both mothers over who gets the first pick of the wedding dress. 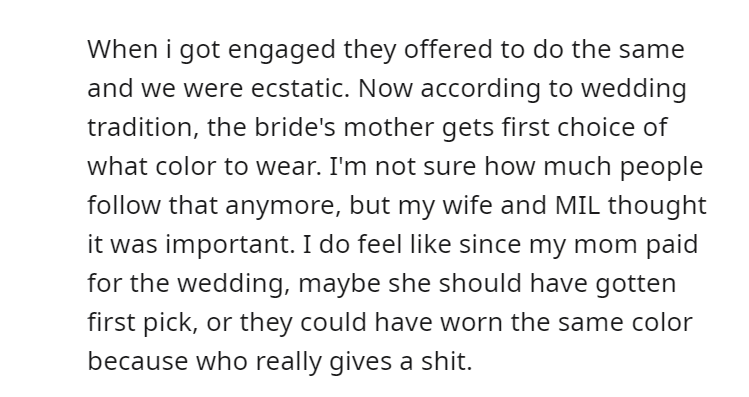 The man supported his wife by letting her mother pick it first because the tradition was important to them. However, this decision cost them the house because his parents refused to buy them one because of it. 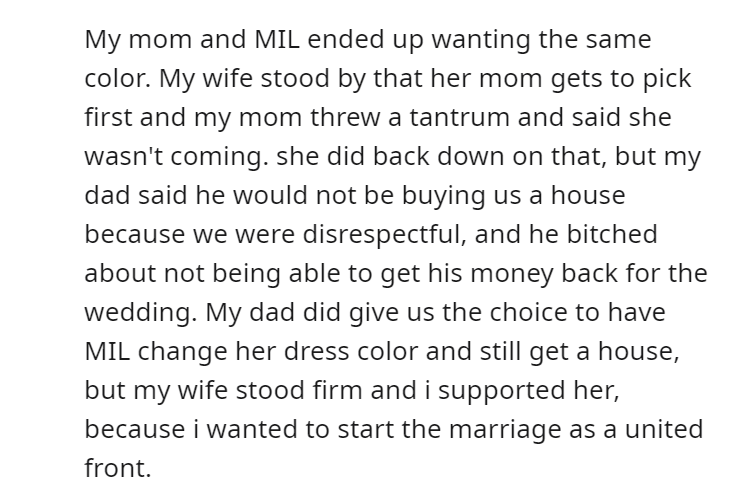 He explained how his mother is really spoiled and throws tantrums to get what she wants. His father supports her behaviour. 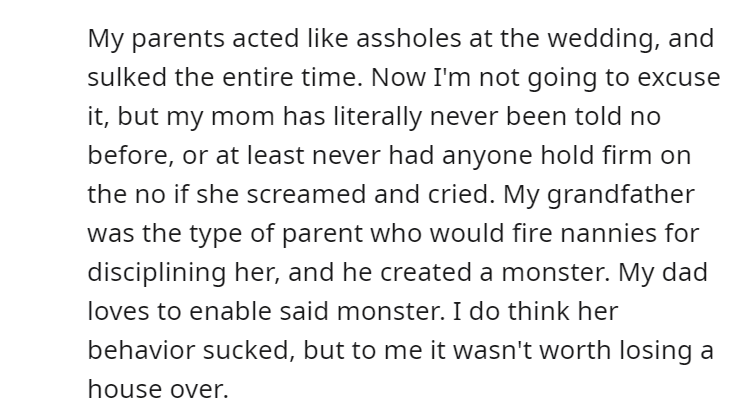 However, now the man feels like he made the wrong decision and has started to put the blame on his wife. 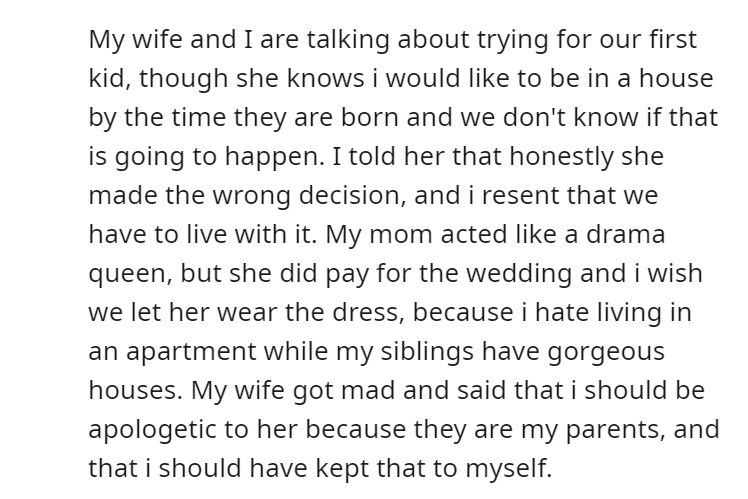 Having such toxic parents must be so difficult. They would literally cause problems with you and your partner just because they didn’t get what they want. This is not unconditional love from parents and this is proof that parents don’t always put their children first. However, the man is wrong for taking back his words and hurting his wife over a decision they BOTH made five years ago.

This was the opinion of other Redditors who read the story: 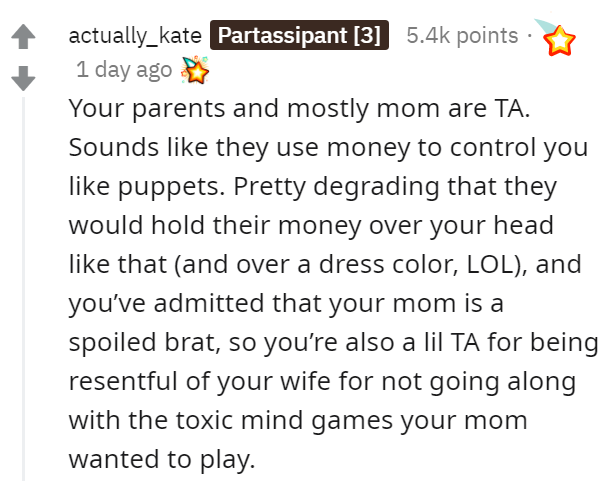 Why didn’t the guy just pay for his own wedding? 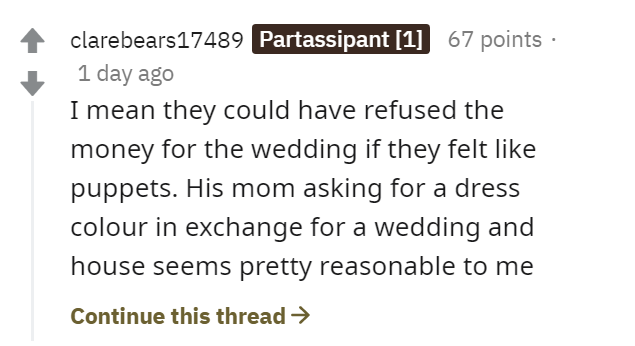 The mother-in-law is worse, honestly. She didn’t even pay for the wedding and cost her daughter a house just for a dress colour. 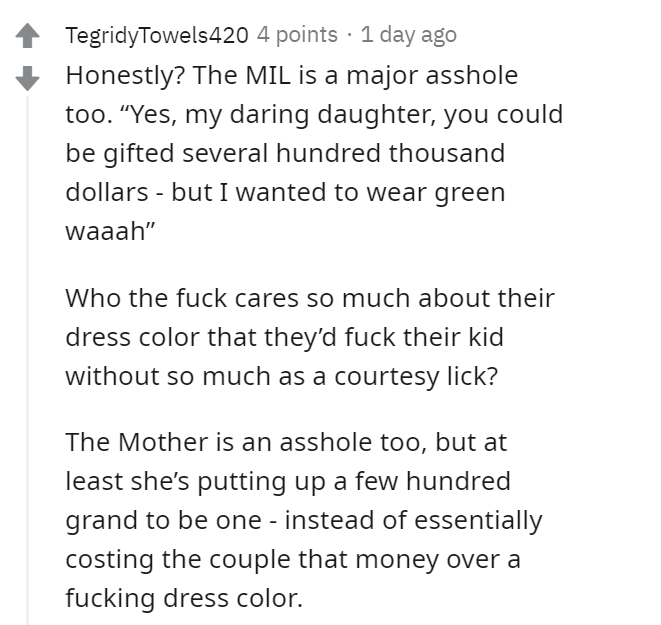 The MIL is extremely selfish. 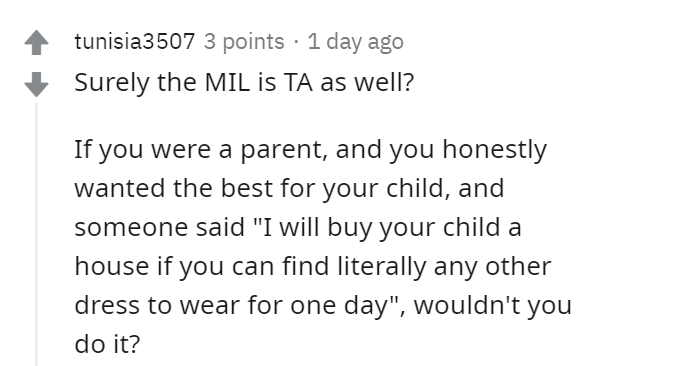 Maybe people need to stop following traditions so blindly and actually use logic. 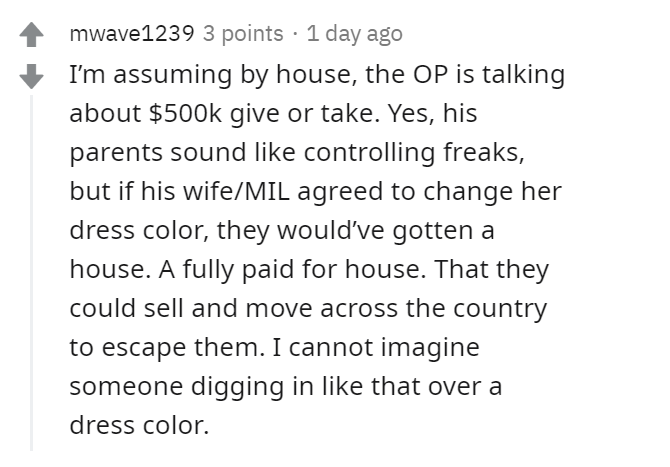 However, people did say he was in the wrong because he knew what he was getting himself into. 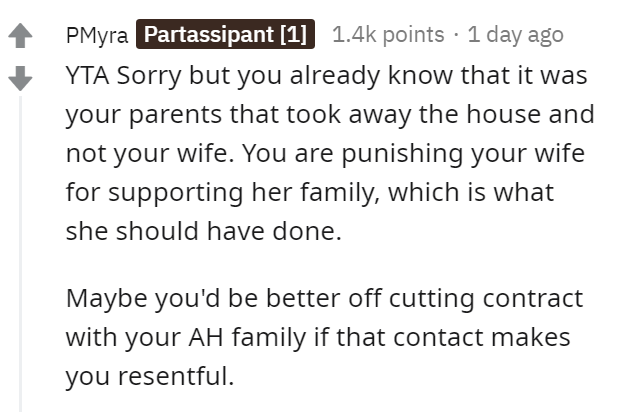 Both his wife and his mother stuck by their decisions but the wife was just being manipulated by his parents. 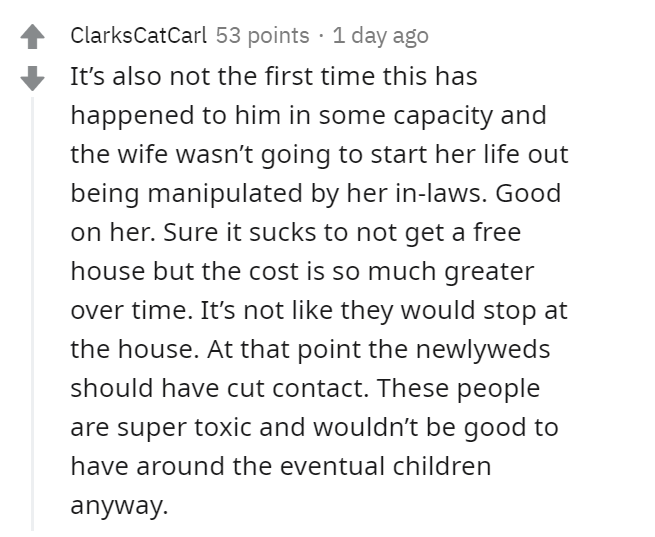 I would wear any colour I can find if someone just gave me a house for it. 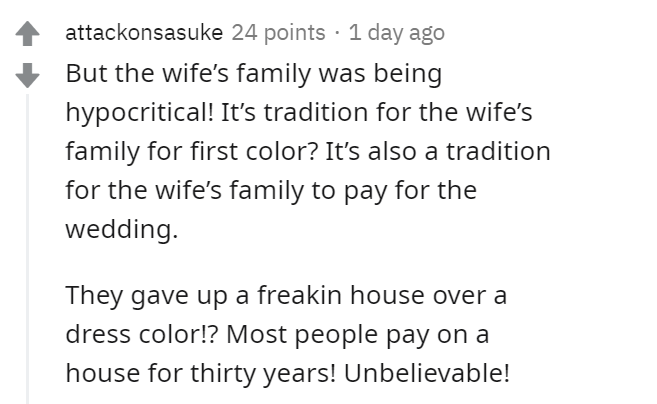 What are your thoughts on this? Share your opinions with us in the comments below.