You take what you buy with you.

At least that is the motto that most people who reside in rented houses live by. And I think everyone would agree that if you ruin something you should fix it even if it isn’t your own house. But if you bought something for your own specific use, you have no liability to leave it within the house. Although this landlord thinks differently than most sane people.

You see this woman created a beautiful movable garden for herself. The landlord then decided to sell the house and posted the photos of the house with the garden. That obviously increased the price of the house but he was left fuming when the woman took her garden with her. I have no idea why the Landlord though it was his property.

But you can scroll on below and take a look at the story yourself.

She posted this on Reddit because she wanted to know if she did the right thing. 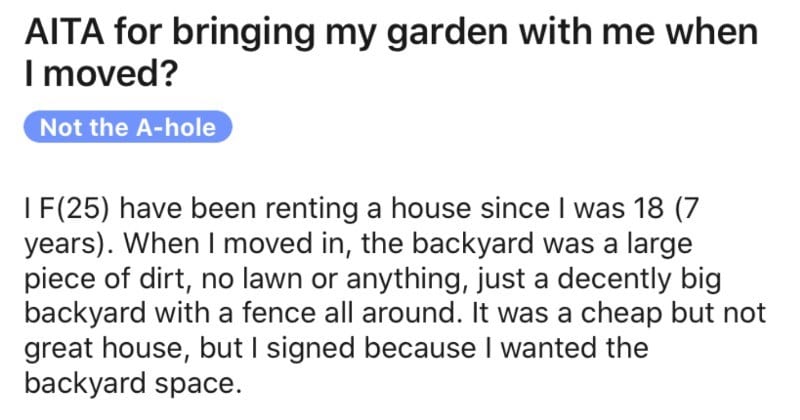 That sounds like a nice space and she did all the hard work. 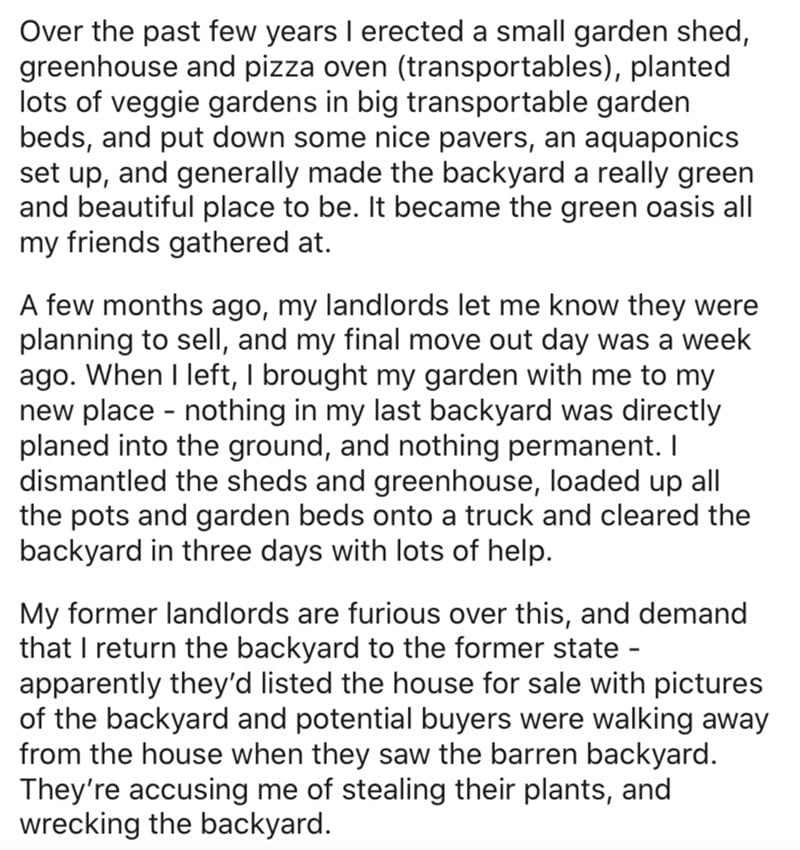 It wasn’t as if she ruined the backyard by leaving big holes in the soil or anything. It is the same as before. How entitled can the landlord be to think he owned all the plants and such?

I don’t who these people are but they are entirely wrong. 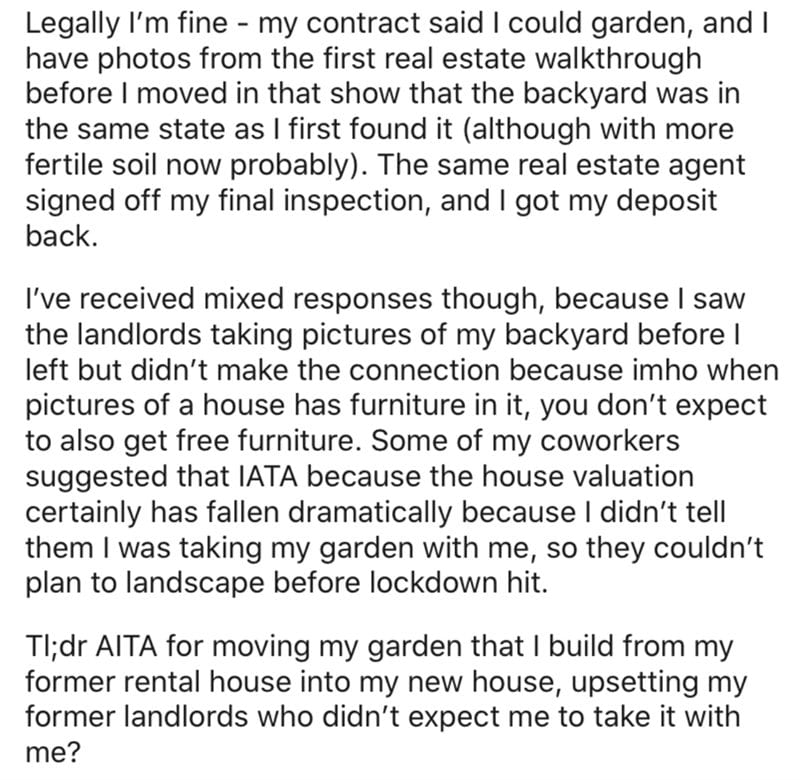 How is she in the fault here? She did nothing wrong and all of the Reddit users in the comments agree wholeheartedly.

Exactly and then they dared to complain about it.

And the landlord learned that he could not take advantage of her. 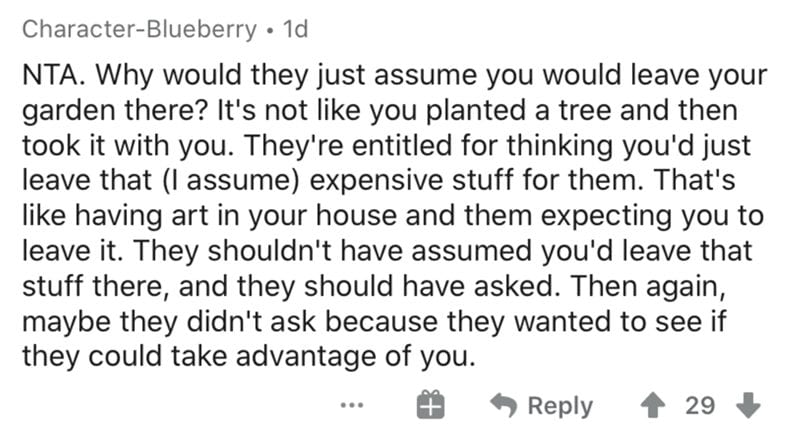 Isn’t issuing a notice mandatory and required according to the law?

If they wanted the garden, they could have offered to pay.

Not many landlords who are this nice. 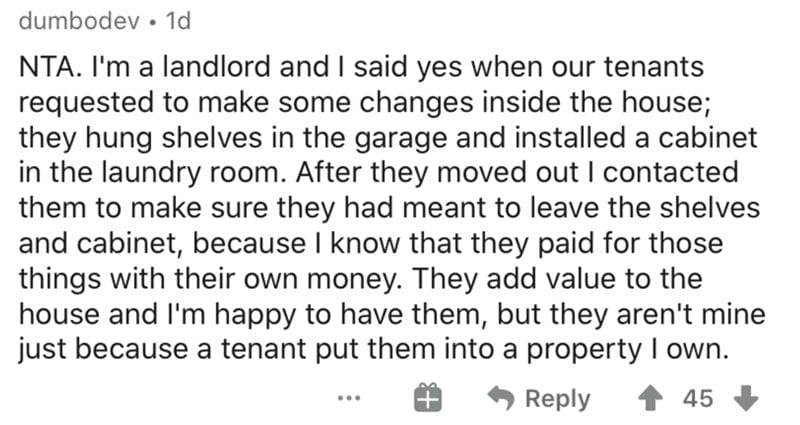 I would have loved to see a picture of the garden. 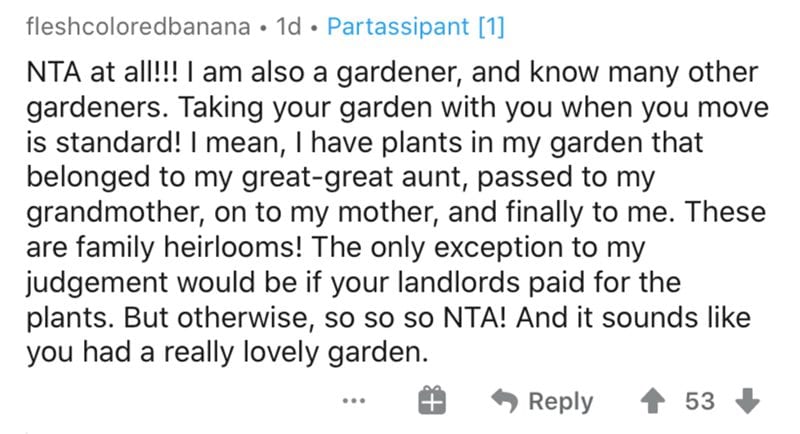 That about sums it up perfectly.

They could have talked to you about it. 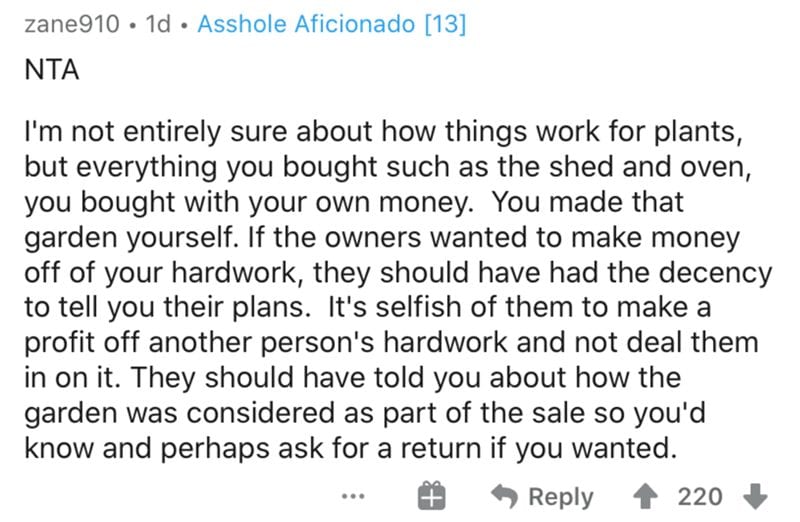 They just wanted more money, that’s about it.

I don’t think they would try that but never know. 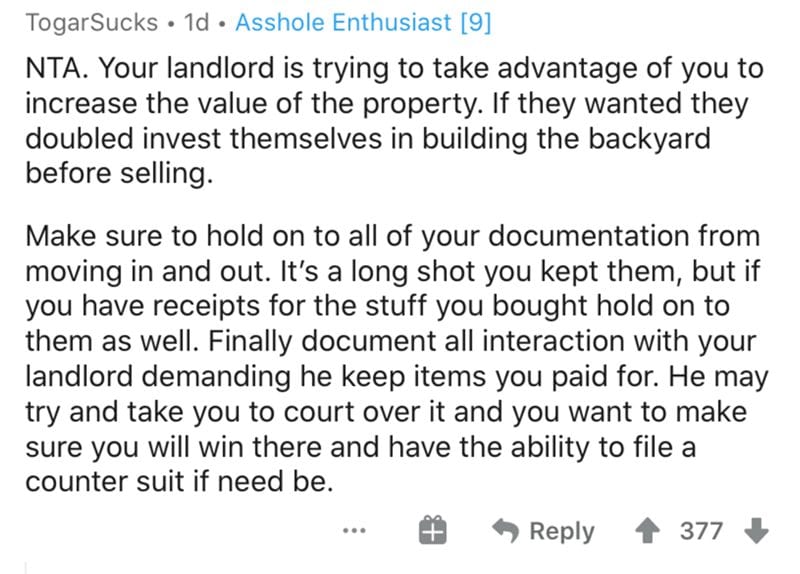 But they didn’t. They thought being entitled was the way to go.

Now, that would have been a sight to see.

It wasn’t theirs to sell in the first place.

But if he tries to sue, he’s going to owe you a lot.

I sure am glad it didn’t work. 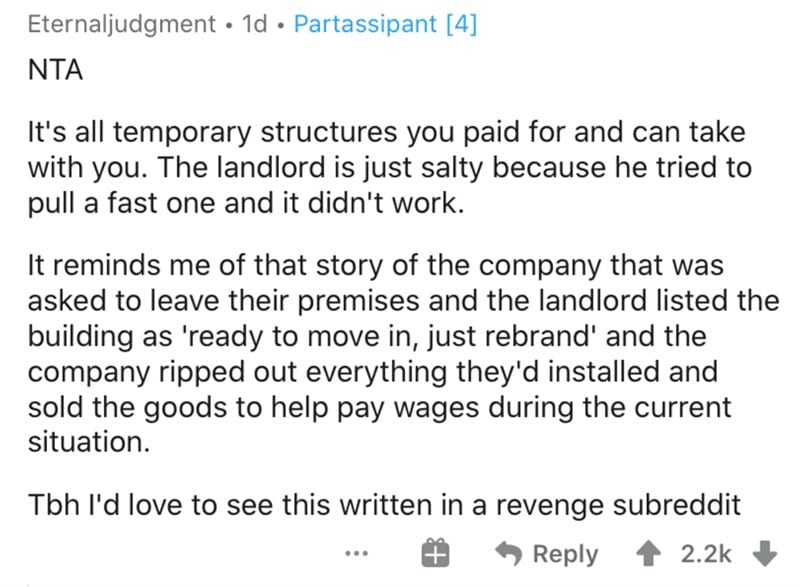 But are they going to do the sensible thing? Probably not.

He doesn’t seem to be a decent house owner, to say the least. 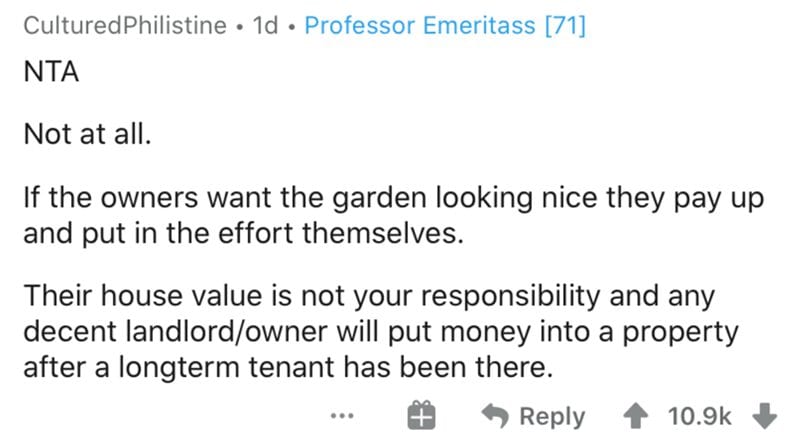 Who wouldn’t do that? 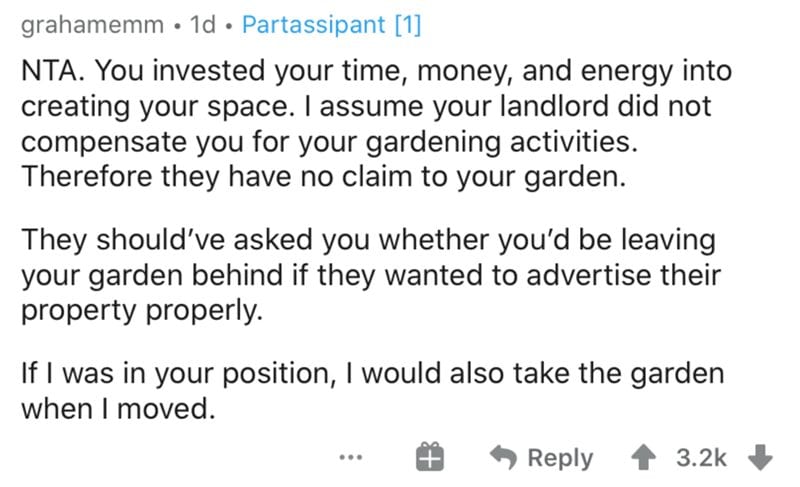 What are your thoughts on this fiasco? Do you think she did the right thing by taking her garden with her? Or should she have told the landlord when they were taking pictures? Comment down below and let us know.