These people got more than what they bargained for.

There are several stories told by bartenders of how many people would come in and ask for a bigger glass like that is magically going to triple the alcohol you are going to get. It is understandable that people only want more bang for their buck. However, annoying your server is not the way to go if you want that. Because alcohol is usually sold by measurement, it doesn’t matter which style of glass it comes in.

That is what happened in this particular story. This couple probably wanted more wine than they were willing to pay for. So they did what any unreasonable entitled person would do. They asked for a bigger glass. And to his credit, the Bartender didn’t argue one bit. He just brought out a bigger glass and did exactly what they want. That should have made them happy right? You can see by scrolling below why they were surprised.

From the start, we can see their entitlement showing 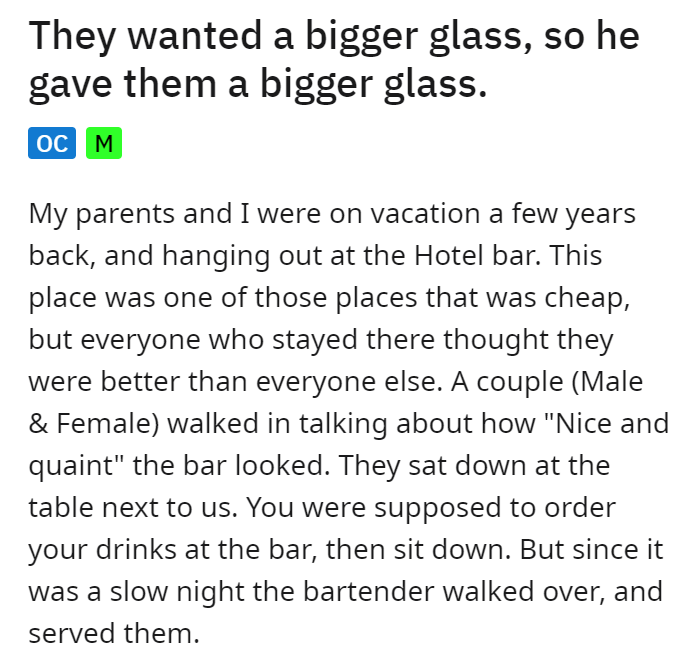 From the looks of it, they wanted to have a good time and have a lot of wine. 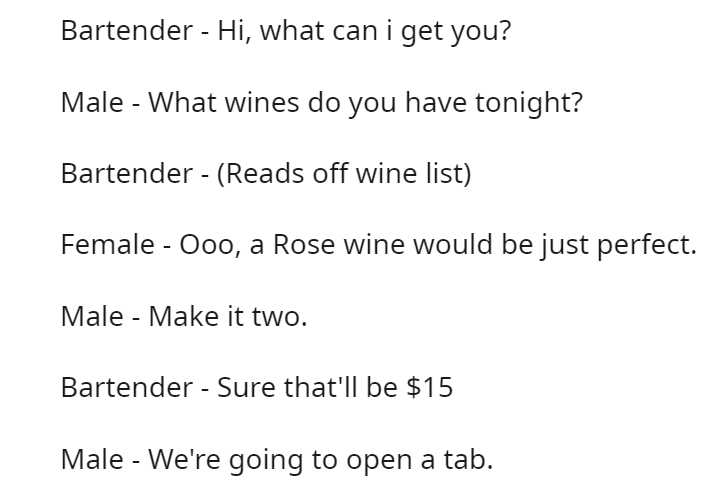 Anyone can see from their interaction that they don’t hold servers in very high regard. 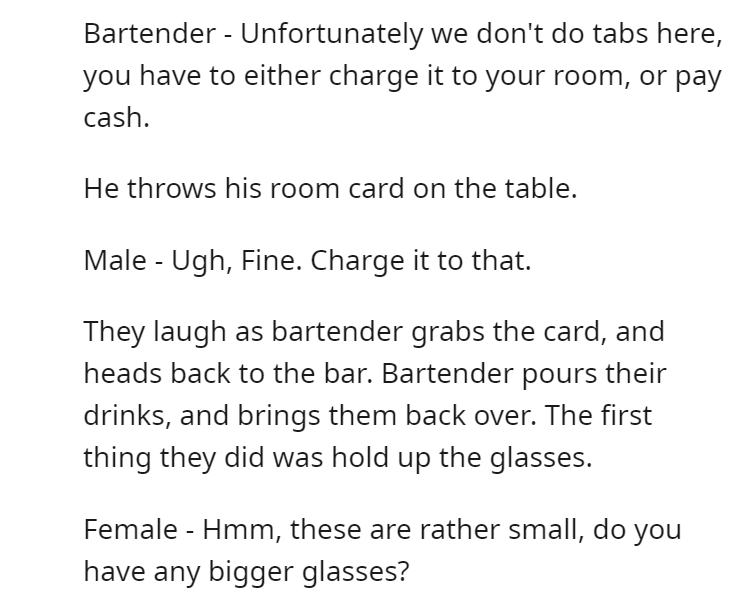 However, this is when things really took a turn as the Bartender brought bigger wine glasses. 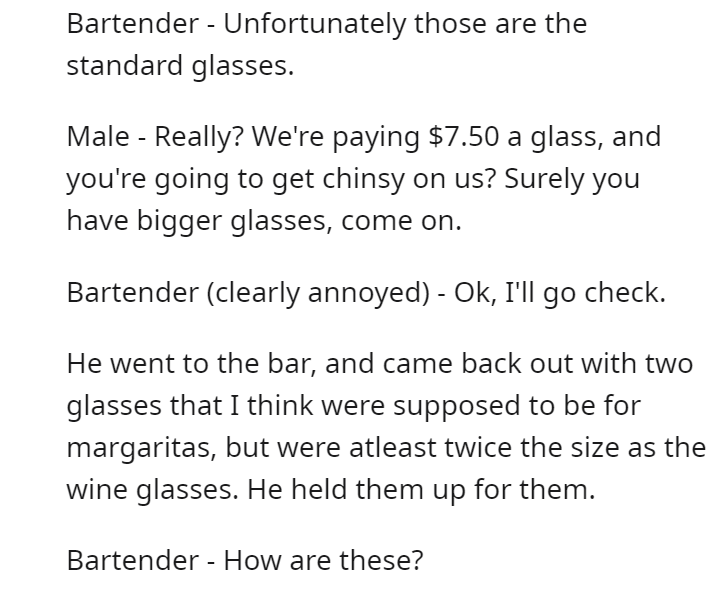 So the Bartender did as he was asked and poured the wine in the bigger glasses. 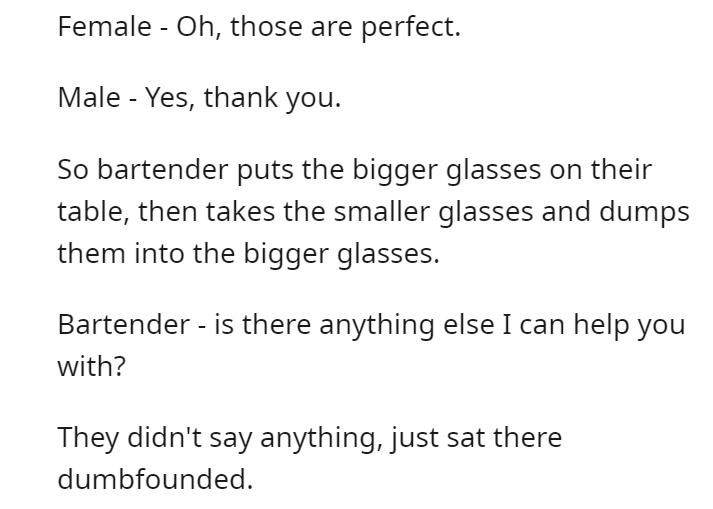 At least the family had a good time and the bartender got to stick it to the rude couple as well. 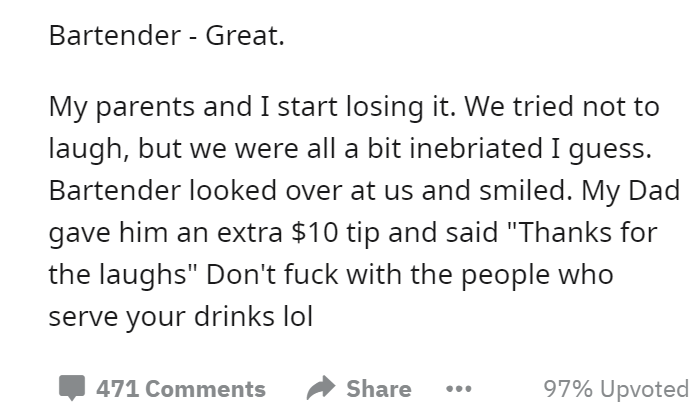 People in the comments explained why asking for bigger glasses is so ridiculous in the first place. 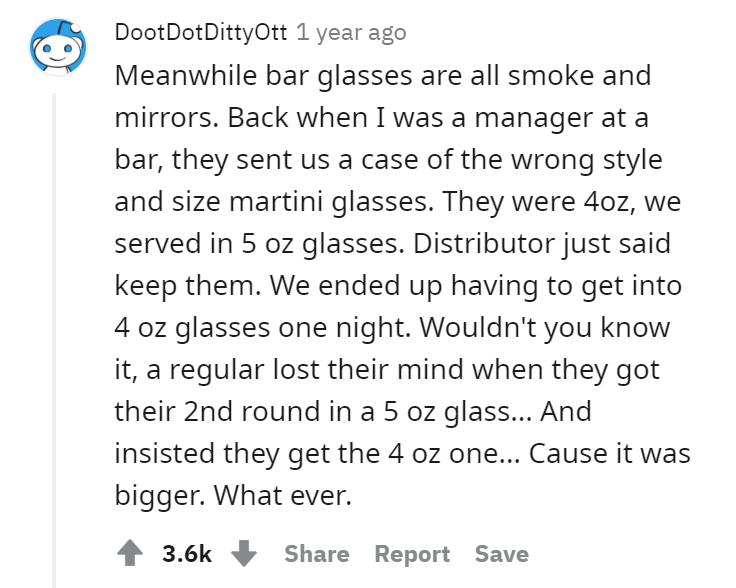 Bars aren’t usually trying to get you drunk sooner or skimp on the alcohol. 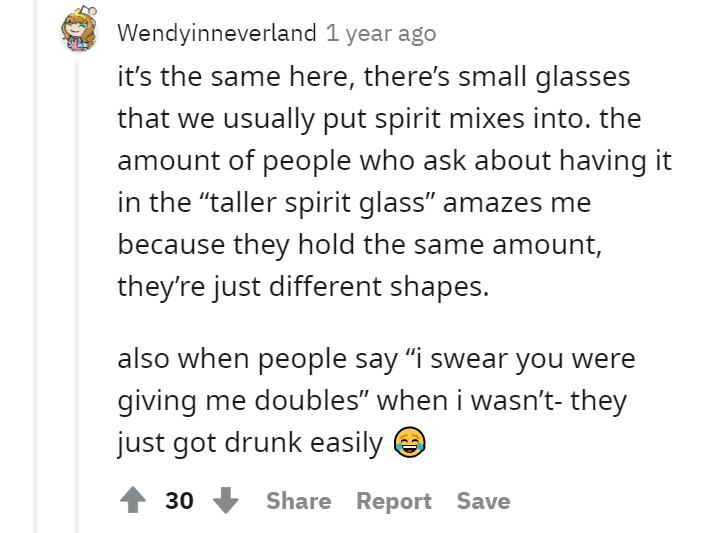 It also depends on what sort of bar you go to. 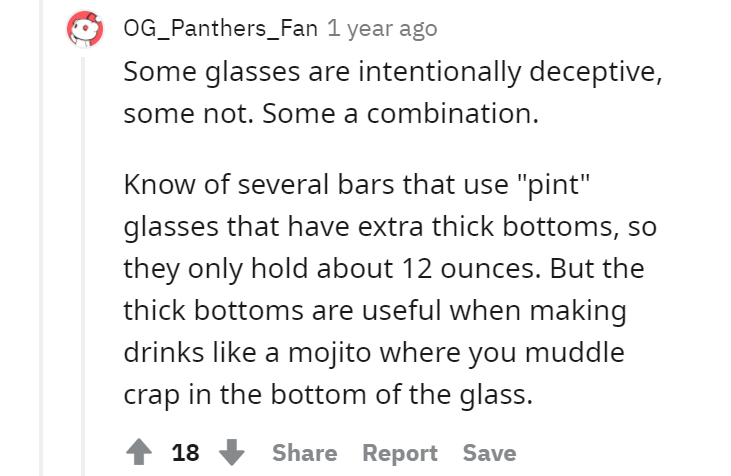 If you are a regular somewhere, you are bound to get extra. 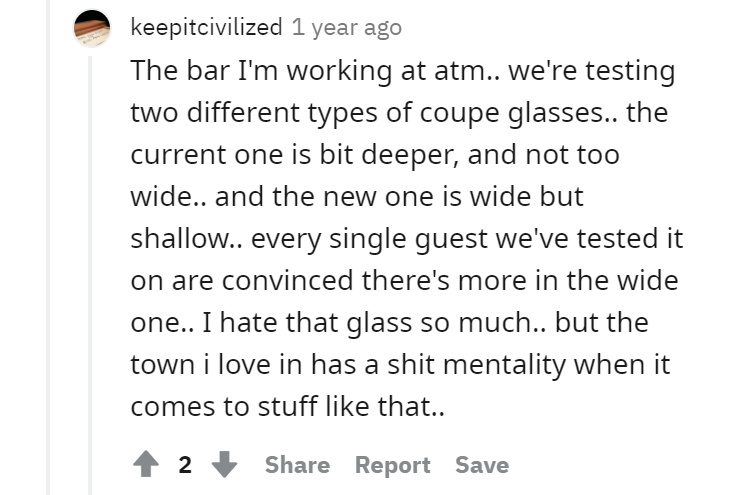 Australia is great for this. We have the ‘Responsible Service of Alcohol’ regulations that stipulate how drinks are to be served. Wine is filled to what they call the ‘Plimsoll’ line which is on every wine glass. You can’t have more without paying for it. Later, since multiple drinks are also irresponsible. It’s a restrictive law sometimes, but it can protect servers as much as punish. –Mahhrat

And even then you shouldn’t expect it. 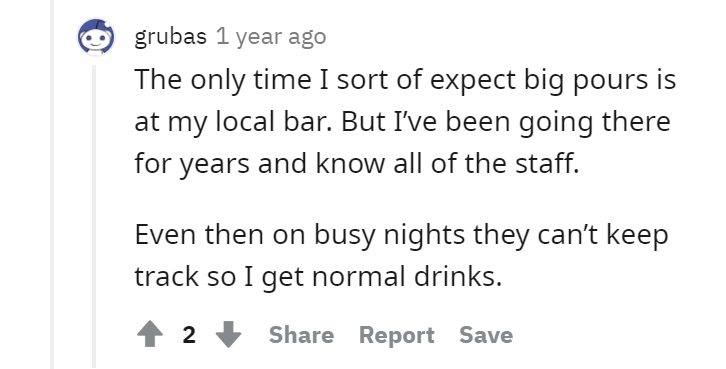 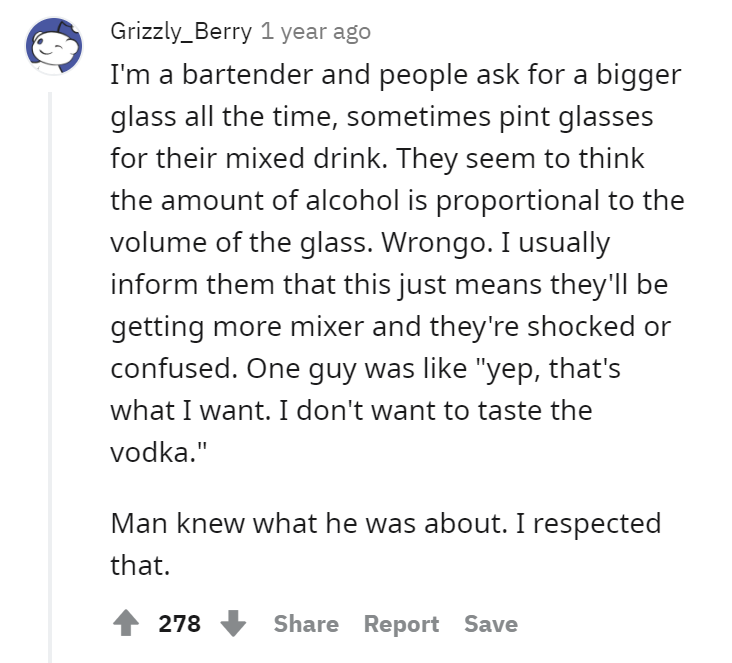 People have their preferences and that is okay as they treat the servers right. 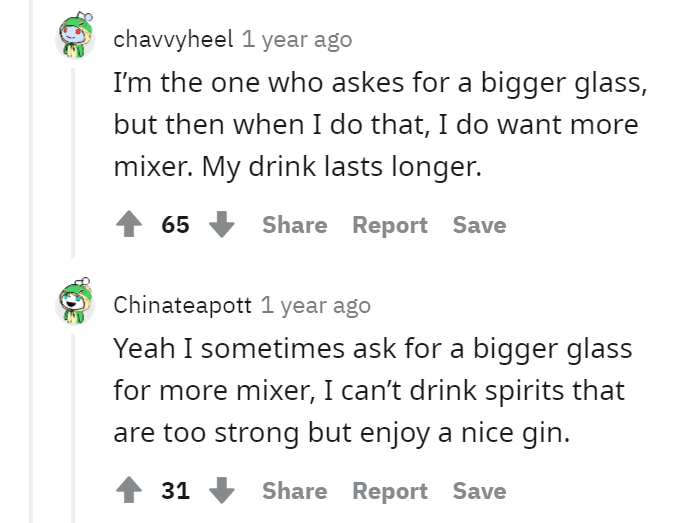 My old head doorman was not a people person when it came to complaints about glass sizes. Customers used to think complaining to a doorman was better than going to the bar. The best one he ever did was invite 2 complaining customers outside as there were bigger glasses out there. Head doorman: “you see that bar across the road? Well, they have bigger glasses than here so you can fuck off over there!” –beelzebubscousin19

Several comments showed that asking for a bigger glass in on itself is not a bad thing as long as you don’t expect more than what you are paying for.

What would you have done in this situation? Let us know in the comments below.