Yes, we know that you are interested in “dark” stuff and you stumbling upon this article is a solid proof of it. Now, do you remember the famous cartoon character from your childhood which you grew up watching? Such as Mickey Mouse & Donald Duck or Teletubbies, etc? How would you feel if they were turned into creepy-looking monsters? To be honest, the thought of it is a bit disturbing for me as it would be ruining my childhood but on a lighter note, I’m completely anxious to see what would it look like?

So, there’s a 26-year-old Croatian artist who goes by the name of Dino Tomic and hails from Norway. He has been drawing incredibly creepy versions of our favourite cartoon characters and that is either going to leave you amused or disturbed. In order to find which one is it, you are gonna have to take a look at those creepy-drawings. 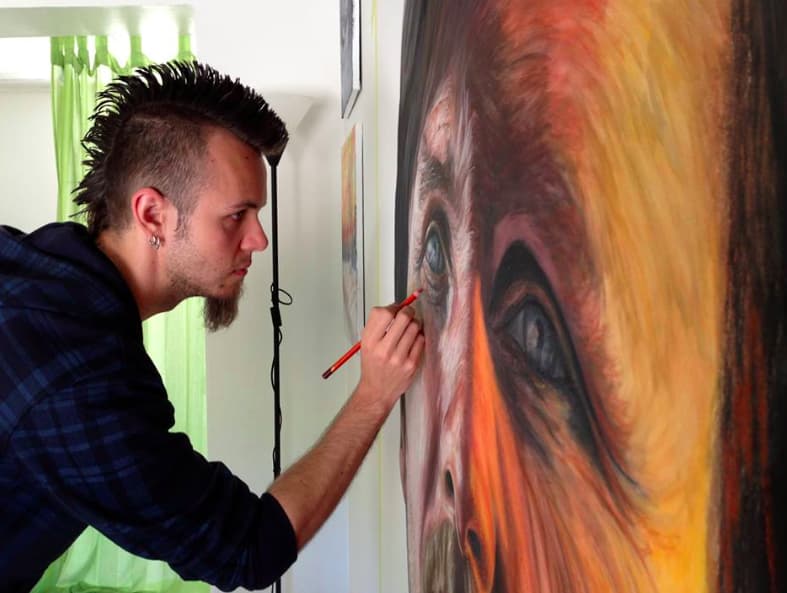 Dino always had a passion for drawing ever since he was a kid but he decided to do it professionally when he turned 18. And well, that certainly was a good decision.

Here’s a creepy version of Donald Duck & the Mickey Mouse that he drew. 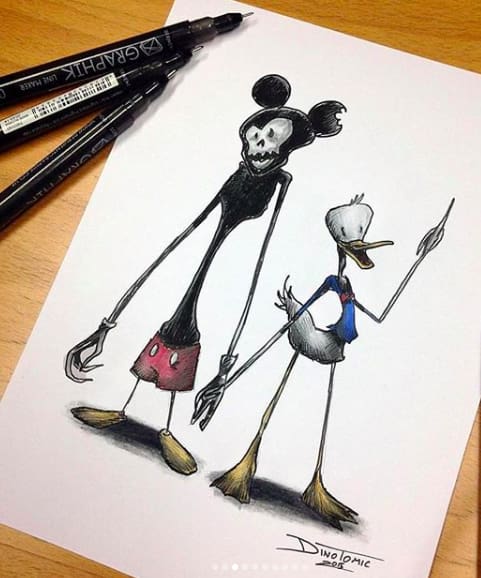 Look at those claws and long arms, it’s like they can reach us anywhere and kill us. Plus, Mickey here looks like the Grim Reaper. 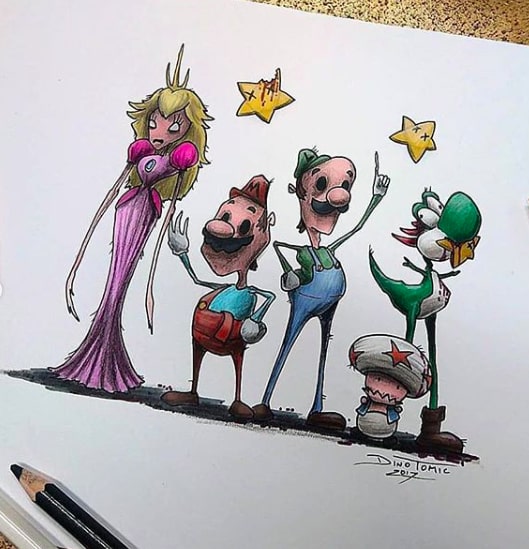 They are back from the dead and here to take your soul. Won’t you still adore them?

Here’s another one of your favourites, Wizard of Oz. 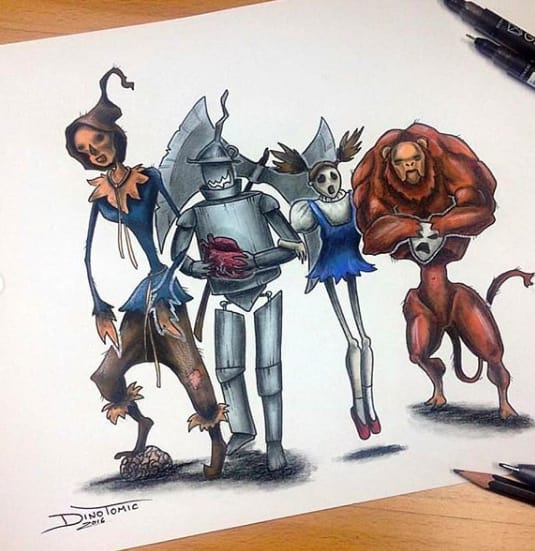 Well, I’d say they were creepy enough to even begin with but this is on a whole new level.

OMG, what have you done to the cute looking Teletubbies? 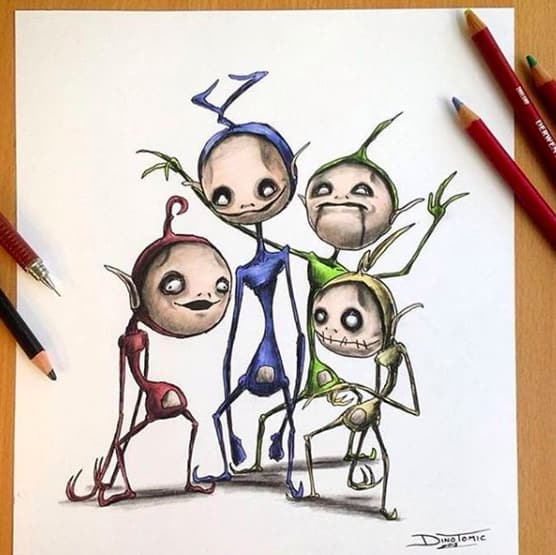 They look high AF and ready to eat your flesh. 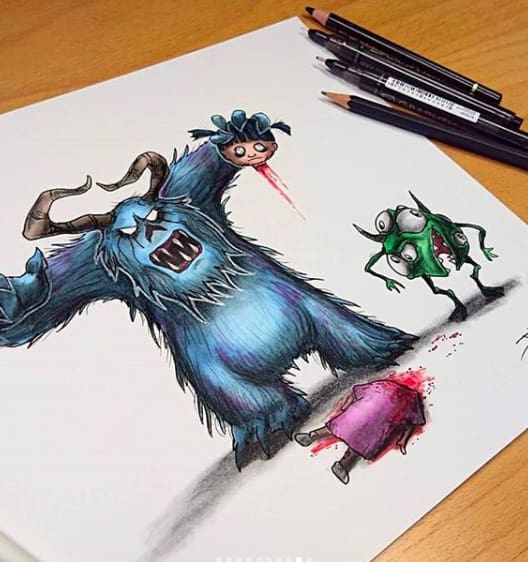 Seems like the little one is just waiting to collect the eyes from that head. 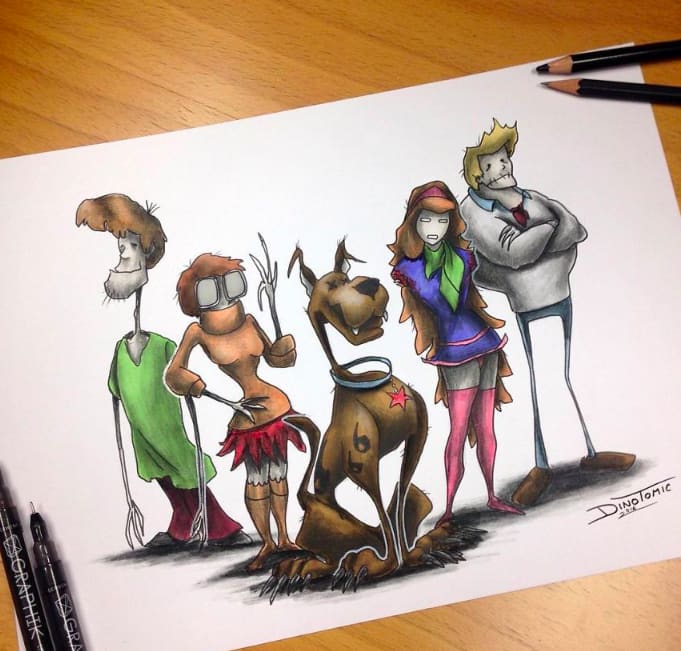 On a brighter side, now they don’t have to catch the villains, the villains will be catching them.

Another interesting fact that we got to know about Dino is that he was trained as a tattoo artist as well. How cool is that!? He explained, “The challenge was to draw, tattoo, airbrush, paint a pic per day no matter what. It was many hard years of work.”

We get it, Dino, your hard work can be clearly seen through this incredibly amazing transformation that you have done of these cartoon characters. And after getting to know that you’re a tattoo artist too, damn I want to get some creepy looking tattoo’s on my arms, man! 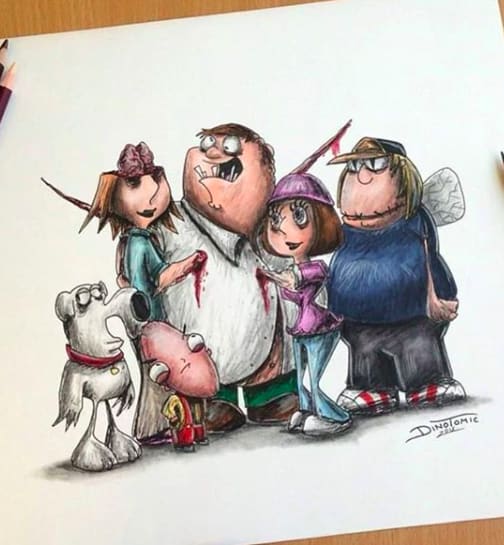 And that is certainly one creepy AF family that Dino has created. WAIT A MINUTE, is that a brain on that girl’s head which is visible clearly!? Oh lord.

One of your all-time favourites, Shrek & The Donkey 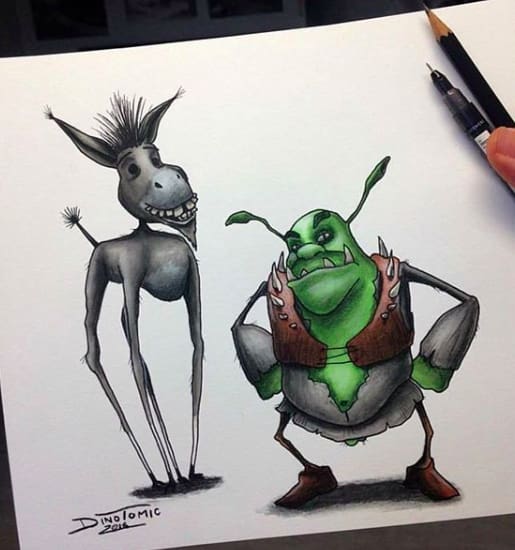 Not much of a difference because they were already kinda weird and creepy.

Well, Stitch has always been weird but what did you do to the cute Lilo!? She seems like one of those voodoo dolls who has been tortured a lot.

Did he ruin your childhood or is it still intact? However, one thing’s for certain, the purpose of these transformations was to turn these cute-looking characters as we know it, into something dark and creepy figures, and he did a great job at that. And we are not the only one who thinks that, Dino’s 600,000 followers would certainly agree to it too.

Which transformation did you find the creepiest of all? Let us know into the comments section below.