“All that we see or seem is but a dream within a dream.”

Edgar Allan Poe. What can we say about this author that hasn’t already been said? That is why I won’t bore with the details of his works and what he did in life……much. Because at the end of the day, if you are here, you probably want to see the inside of one of the many houses he resided in his lifetimes. 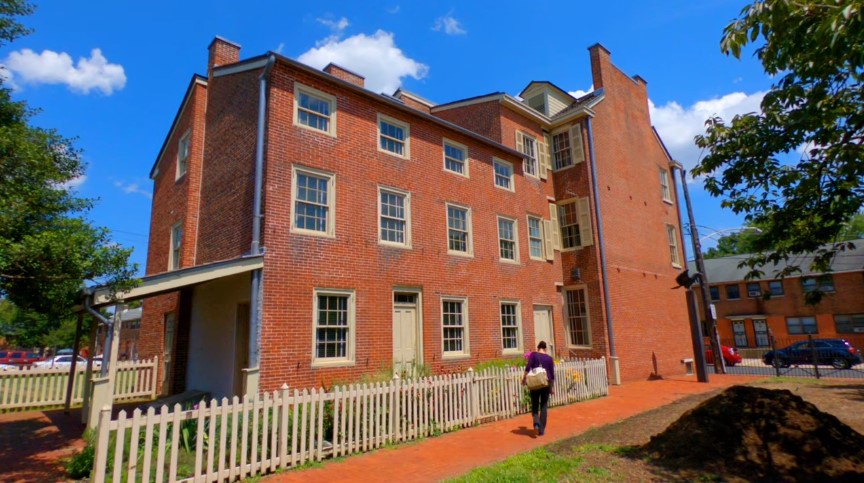 While it is true, he is known to be a writer who was obsessed with tales that involved horrific mysteries with a twinge of macabre. His house is not what you’d expect. The time has eroded most things and they were only able to recreate what the house ‘would have been’ rather than what it actually was years ago.

However, it is still an amazing thing to see how he lived and where he wrote tales such as The Murders In The Rue Morgue, The Gold-Bug, and Tell-Tale Heart.

Edgar Allan Poe started living in this house right after he purchased it in 1843.

He resided here for many years with his wife Virginia and his Mother-in-law Maria Clemm continuing his work and taking it to new heights. He only moved out of here when he decided to go to New York and lived there for the rest of his life.

The tour of the house starts with the basement. 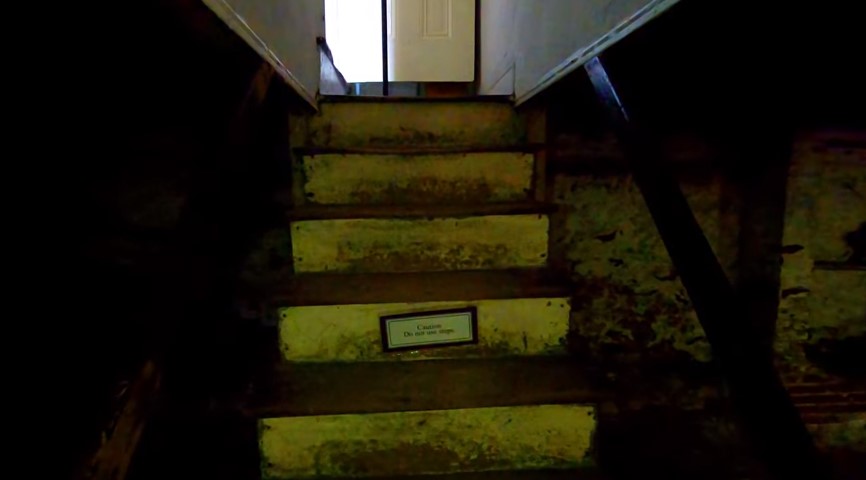 It is dark and dingy which is to be expected. No repairs had been done in the basement and it is an empty room.

But it is when we go into the actual house, things start to become a bit more interesting. 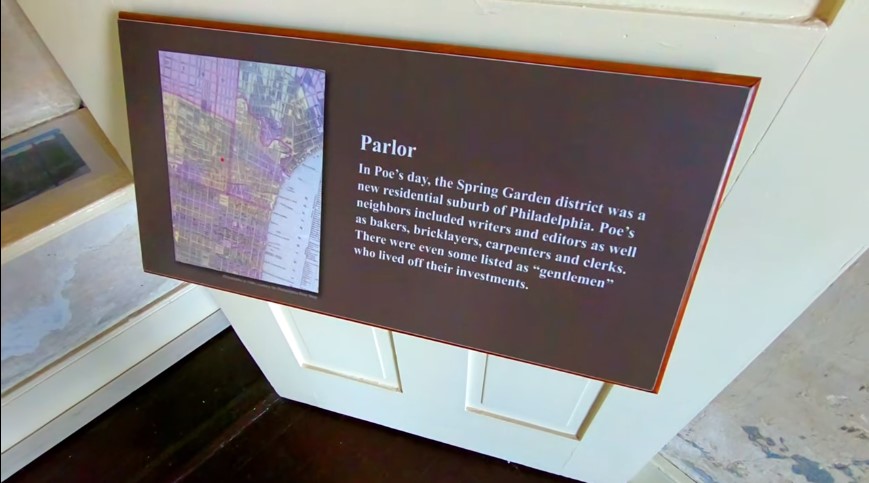 We have the parlor with walls painted to recreate what the furniture would have looked like in that era. 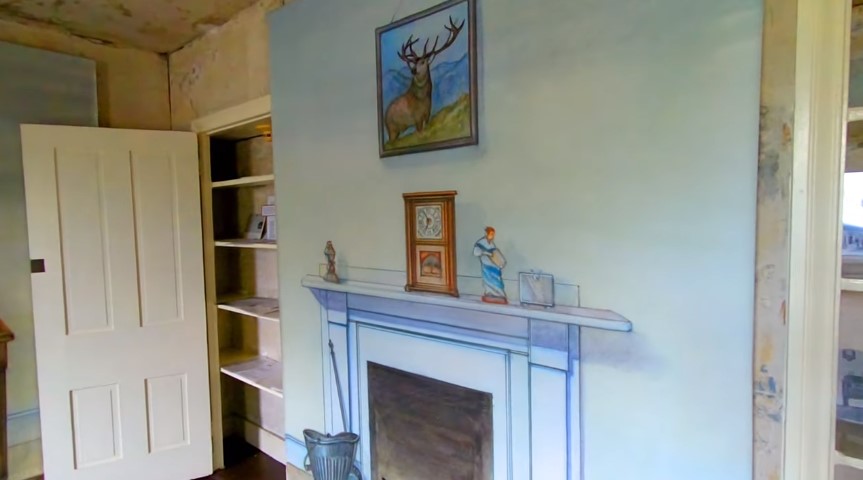 It is not 100% accurate obviously but is still a fair representation of the house Edgar Allan Poe once walked the hallways of.

Then we move to a room that is fairly empty and looks like it is still being worked upon. 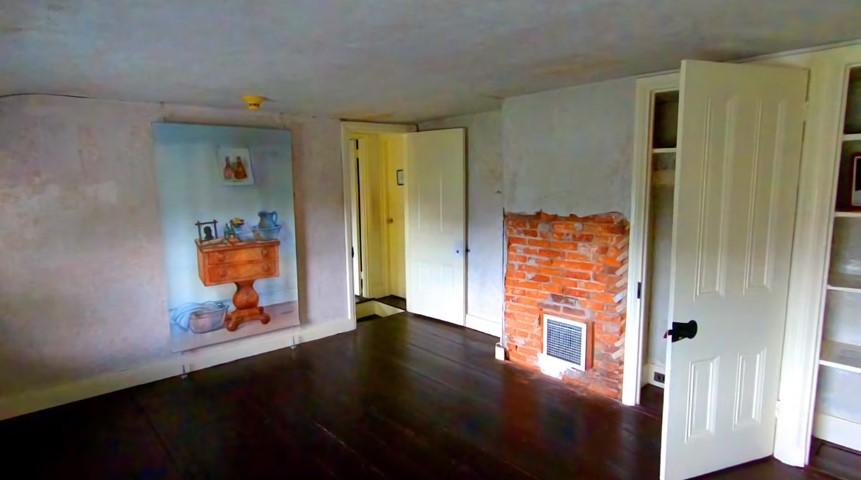 While the actual Fireplace has long been taken out, the place for the fixture still remains. 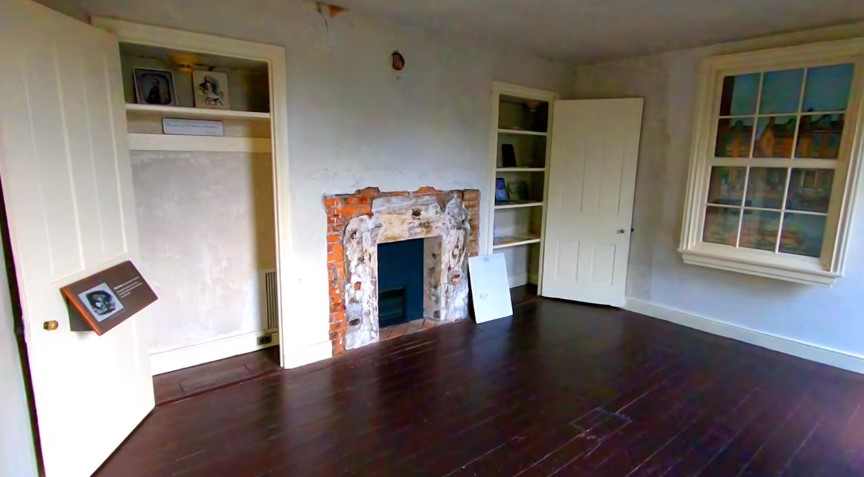 Then we move on to the kitchen which would have looked much more different in 1843. 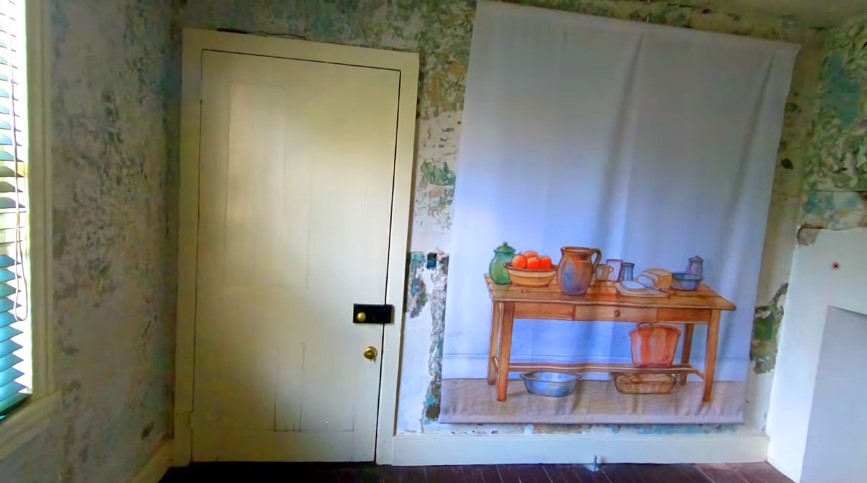 The house even has some original images posted in places. 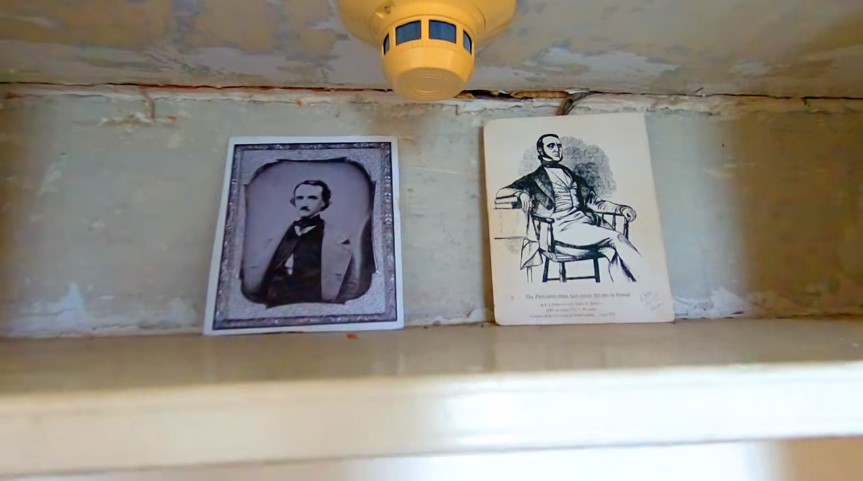 it is clear from the videos and the images that the house needs extensive repairs. The wallpaper is almost gone. And the part that is left is rotten and peeling off. However, I am not sure people would like this historic site to be ‘fixed’ because that can sometimes ruin what it stood for at one time. 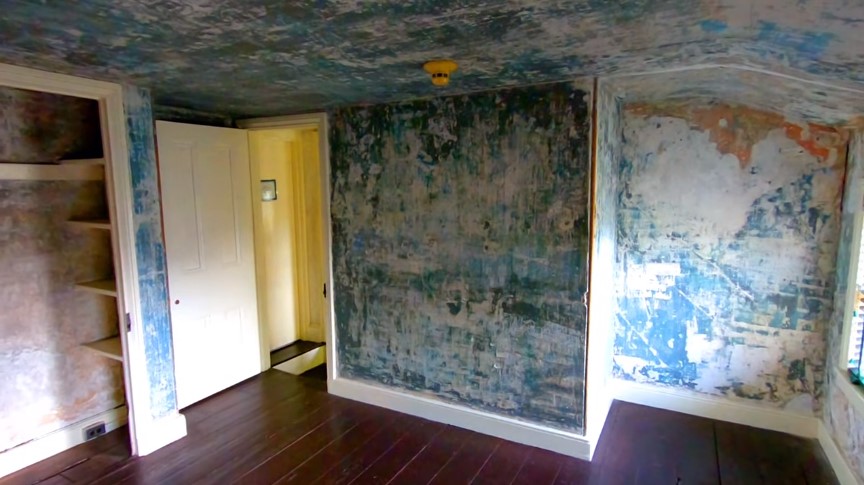 This is probably the room Edgar Allan Poe used to write in while his cat rested beside him. 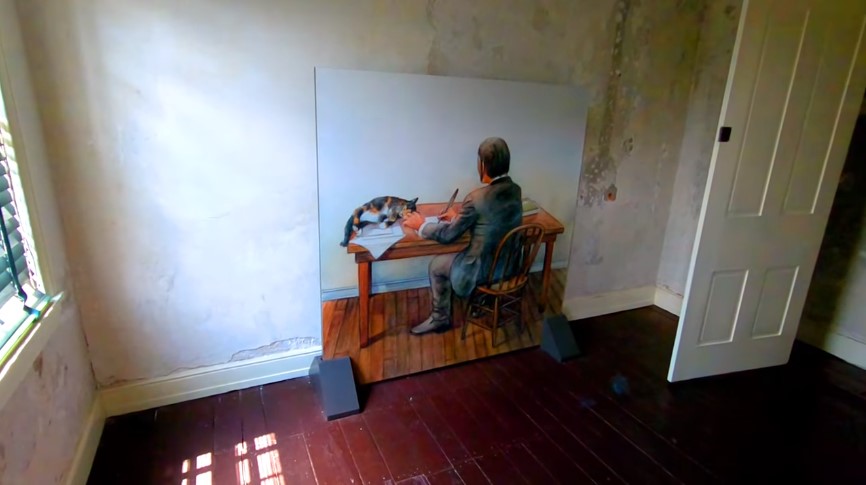 The house looks quite ordinary from the outside and you would miss it if you didn’t know that this is where the author once lived.

Following is the whole video where you get a detailed walk-through the inside of the long-forgotten home.

What are your thoughts on the house of Edgar Allan Poe? Can you see the inspirations of his work in this house? Or have those been eroded away a long time ago? Let us know in the comments below.