Sometimes being petty is needed.

While I will always say that it is better to be the bigger person and let things go that don’t matter much in the bigger scheme of things, sometimes you want to get petty. I mean it is understandable as we all get angry. And if you’re the nicest person on the planet, that doesn’t mean everyone can walk all over you and you will let them be. This is what happened in this particular story though there is the topic of tourism involved here.

And when you think about tourists, I am sure the first thing that comes to your mind is rude people who don’t want to even try learning your language and will go around like they own the place making a mess wherever they go. However, not all tourists are like that and many honestly want to experience the culture. And Paris is the city which earns a lot of revenue because of tourism but that doesn’t mean that Pairisons are fond of tourists.

You can see what I am talking about in this story quite clearly. So scroll below to take a look for yourself.

First, we get a little bit of background information on the family dynamics and who speaks what language. 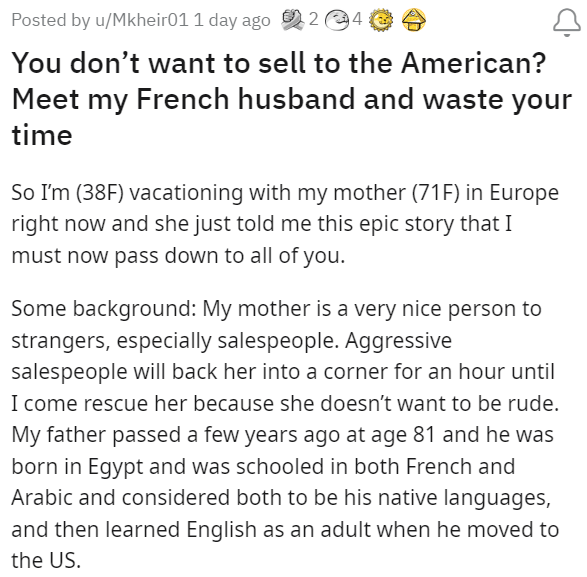 It seemed like the employee could speak perfect English but they clearly didn’t want to serve this woman for whatever reason and thus acted incredibly rudely. 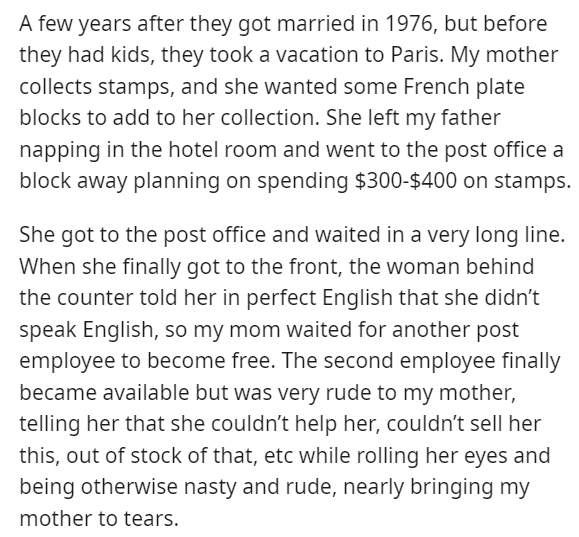 This abhorrent behavior gave the woman the idea to bring her husband to the same place just so they could waste the employee’s time. 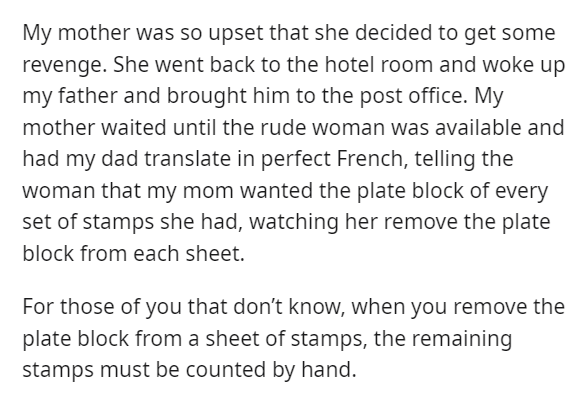 As you can probably guess, the employee was not happy afterward and they probably had to spend a lot of time counting out all the stamps after their shift was over. 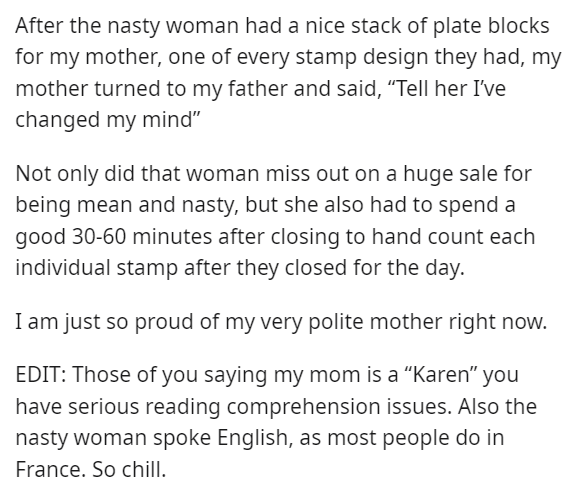 Now, I have never been to Paris so I can’t speak from first-hand experience but I have heard a lot of things. Don’t get me wrong, I would love to visit France but Paris has become infamous for harboring rude people who don’t want anything to do with tourists. I have no idea what the reasoning behind this is but according to a lot of french people, Parisians are rude to anyone who is not Parisian and that includes the rest of France. Now I can’t say anything for certain so take what I say with a grain of salt.

Even without telling us in the story, everyone in the comments knew that it was about Paris which says a lot about Paris. 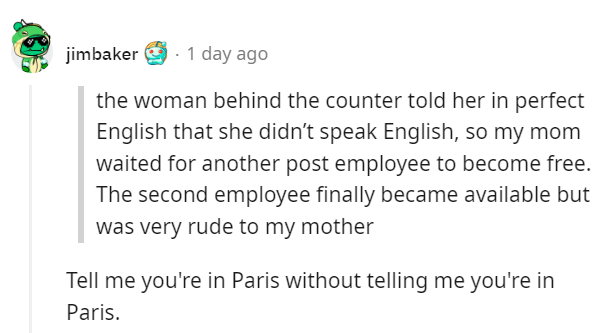 That is actually true and she did deserve what she got even though I am usually on the side of employees. 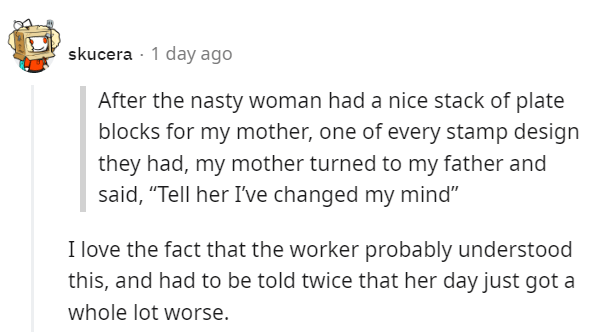 According to this person, even many french people are not big fans of Parisians which is quite curious. 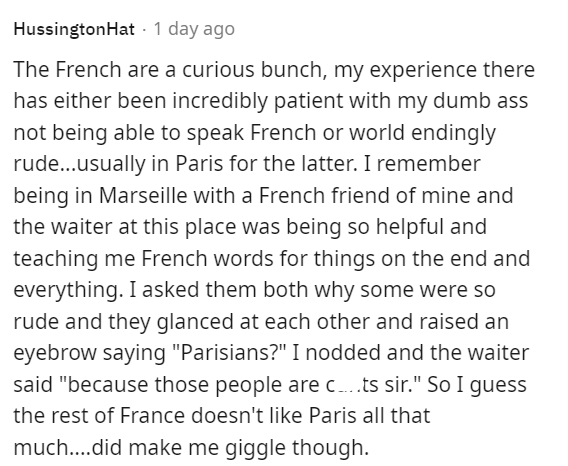 And this story is just sad. 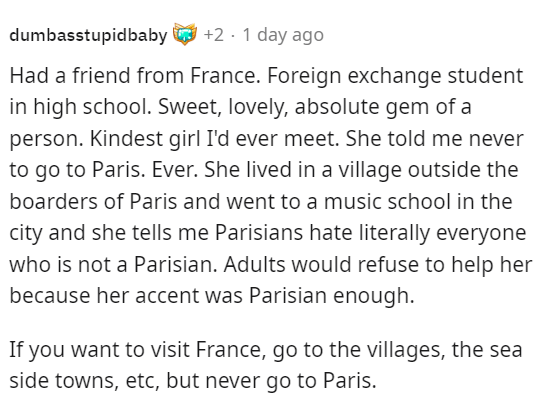 What are your thoughts on this encounter? Do you think the lady should have just let it go or do you think the employee was being rude? What would you have done in this situation? Would you have called out the employee or taken your business elsewhere? Comment down below to let us know. And don’t forget to share this article with your friends so they can join in the discussion of tourism as well.