Every creature is special in its own way.

It does not matter if a catto has an extra paw, ear, or one less eye. They are all precious to us and deserve to be loved the same as every other “normal” cat. After all, they have a heart and feelings too. So why leave them behind just because there is a default in their appearance? Since when did appearances start to matter to us? I thought we were way over that. Well, this family sure is.

Here is a picture of Frankie with his owner, Georgi.

Just look at this cute little baby! He loves playing around with humans. 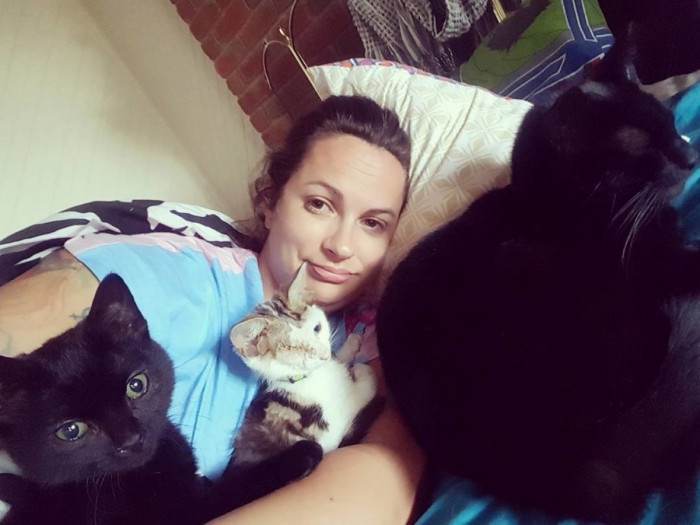 Frankenkittens, also known as Frankie was adopted by Georgi and her family. Frankie came to them as a kitten and they took him to Geelong Animal Welfare Society (GAWS) in Victoria, Australia for surgery. 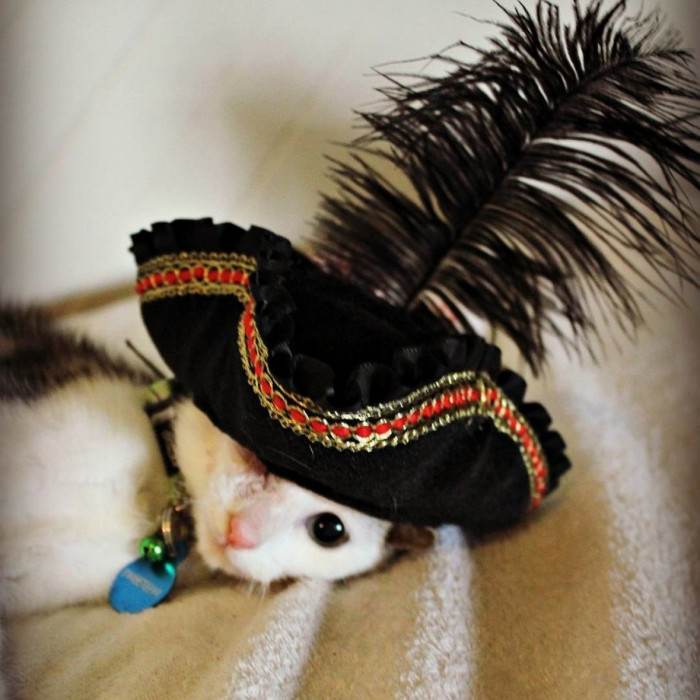 Frankie had a list of problems. Some of them being having a severely infected eye and having four ears. After the necessary surgeries, Georgi took him home but soon realised she could not live without this special little kitten. 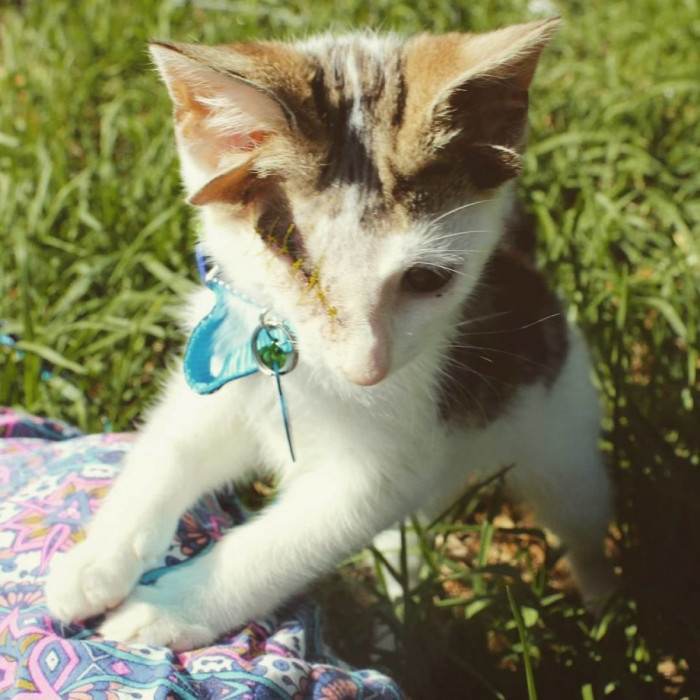 All of Frankie’s medical expenses are being managed by GAWS.

Georgi has a young son named Arthur who has also become Frankie’s best friend and the two of them are impossible to separate. “I’ve fostered close to 80 cats and kittens in the last year, and he was the first one I would have had trouble giving back”. 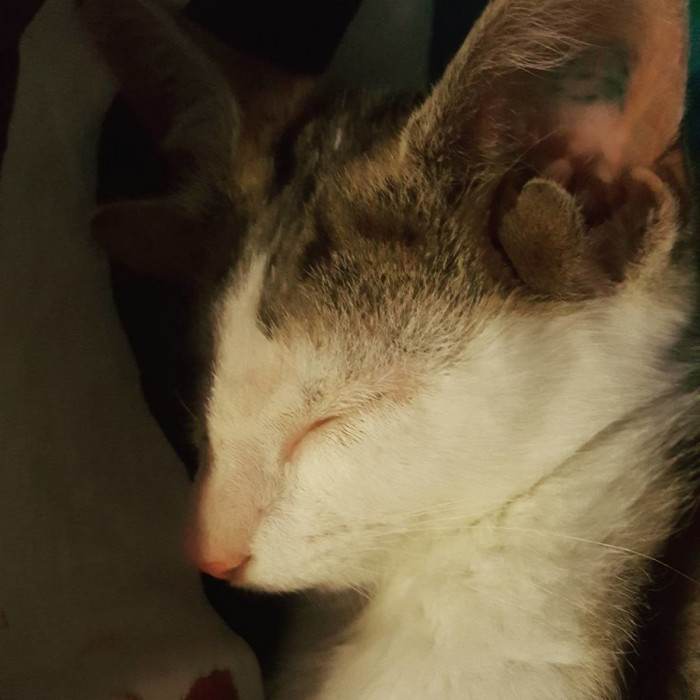 “The extra ears are a genetic deformity, as is his overbite”. 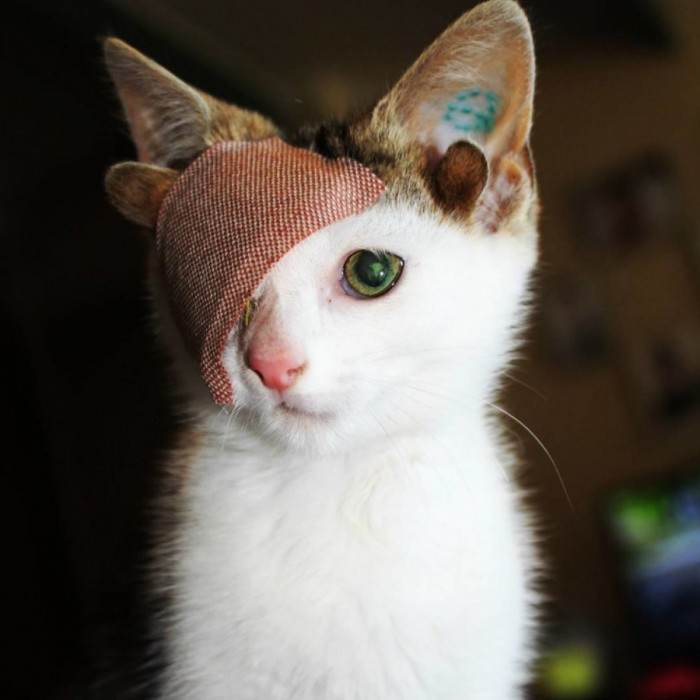 Georgi also worked on an eyepatch for Frankie that he would wear over his head.

“I realised there was something special about him and couldn’t bear the thought of taking him back”. 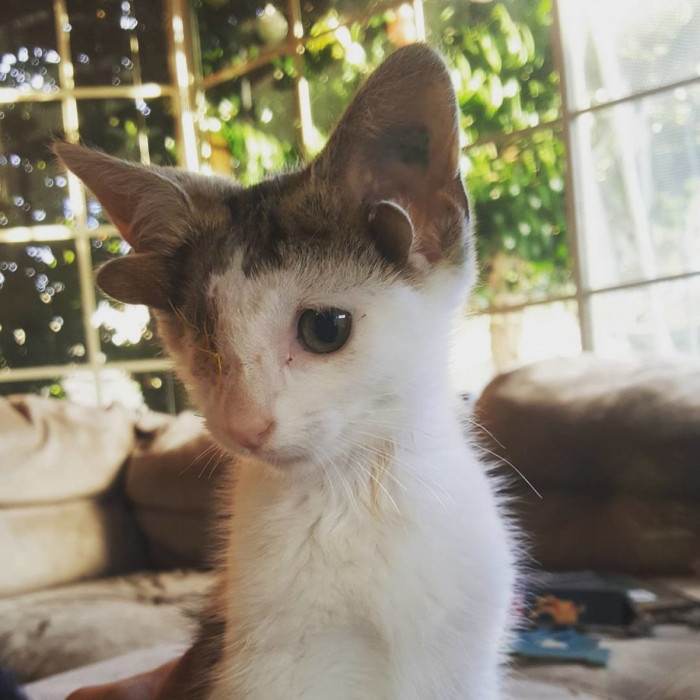 A lot of people just abandon kittens when they see they have a deformity. That is just cruel. All animals deserve love even if they have a disability or deformity.
Frankie is very lucky to have found someone like Georgi and her family. Would you adopt someone as special as Frankie? Share your thoughts with us in the comments below.