Sometimes things are just as they seem.

I know we would like to think that everything has a deeper meaning but that is not correct. And while you might feel like the child drawing with red colour is somehow violent, it might be that he doesn’t have any other colour available. However, it is a therapists job to understand people whether we tell them the truth or not. Although they sometimes read too deeply into simple things. Most children are weird and they do things that make no sense.

So applying adult logic to a child won’t always work out. And while it is always nice to see children going to a therapist just to be on the safe side, sometimes it can get quite complicated. Especially when the particular therapist thinks that there is something seriously wrong with a kid based on a single drawing. Don’t believe me? Just scroll below to take a look for yourself and see what I am talking about.

#1 I can see why they would make a huge deal out of that.

#2 Coffin isn’t the first thing that comes to mind when I think of brown.

#3 This family clearly needs some help.

#4 At least it wasn’t the mailman so we should be thankful.

#6 Honestly, who doesn’t want a twin? 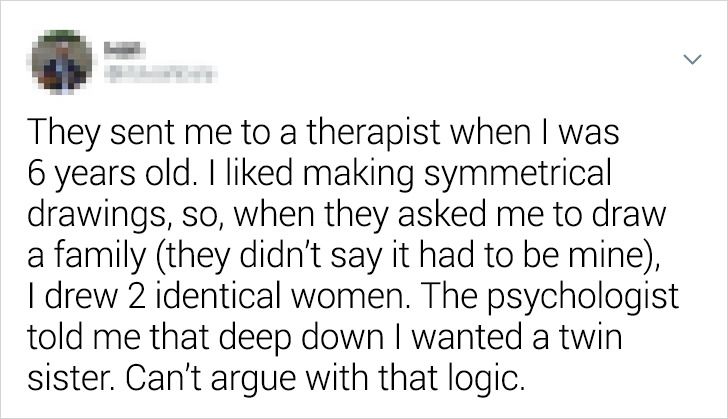 #7 Therapists really do like to over analyse, don’t they?

#8 Never heard of that but makes sense. 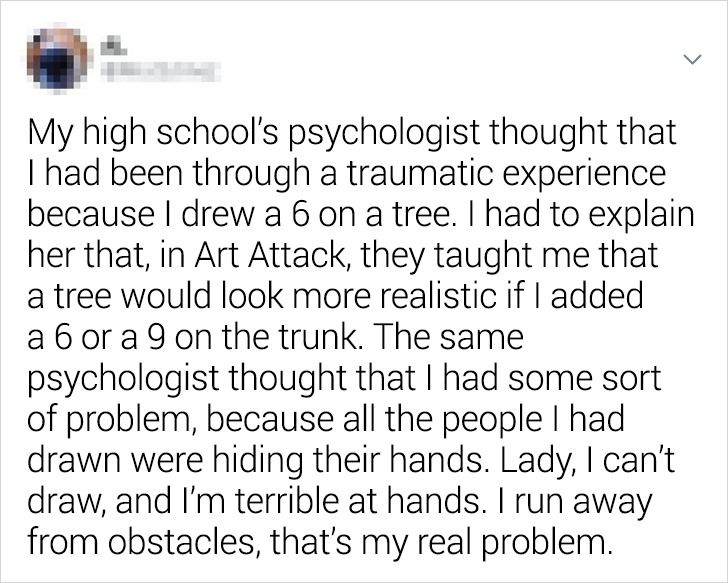 #9 Is it really that weird that people would live with their Grandma?

I believe that everyone should try going to a therapist at least once. Even if you aren’t dealing with anything, it is always nice to talk about your feelings and get a professional opinion on them. Just because you go to a therapist doesn’t automatically mean you have a mental illness. At the end of the day, it is just a stigma that needs to disappear. However, it seems we aren’t the only ones who overanalyse ourselves, even therapists tend to do it sometimes.

#11 It would have been like choosing a side if they drew themself. 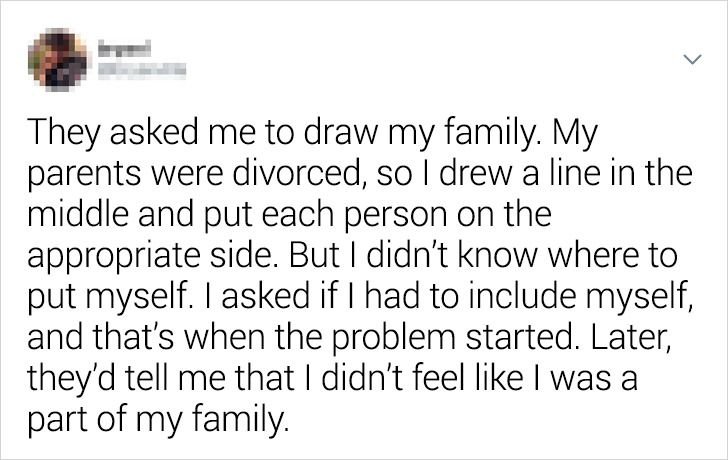 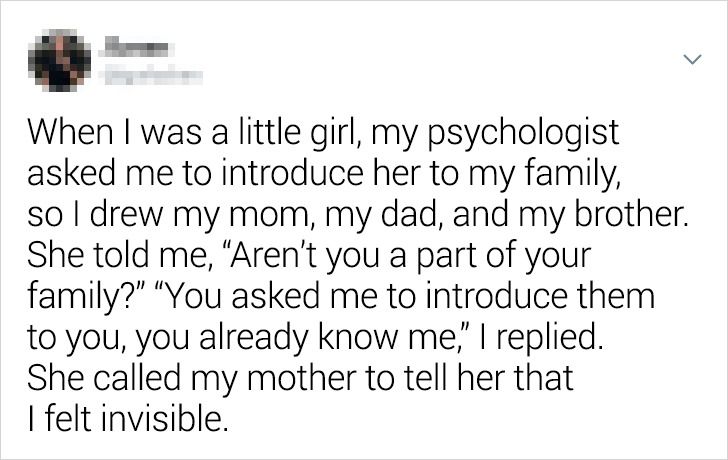 #13 Honestly, you can make a lot of things with just red and blue. 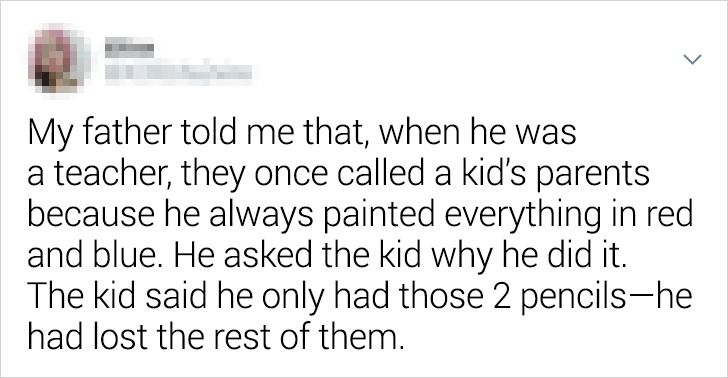 #14 I would love to see this drawing, it sounds beautiful. 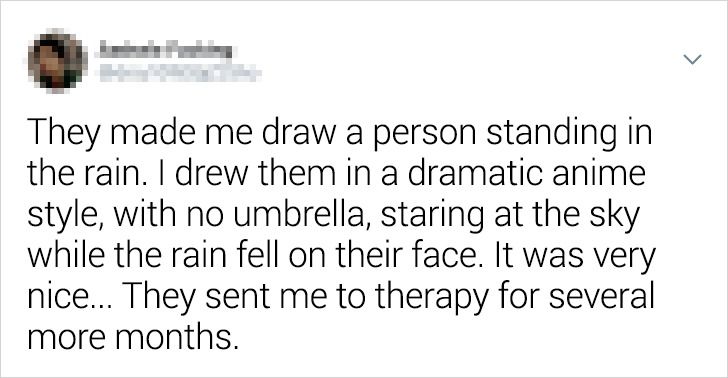 #15 That is a good reason to not wanna draw him.

#16 So anyone who loves their cat is selfish? Interesting.

#17 Also, drawing hands is quite difficult. 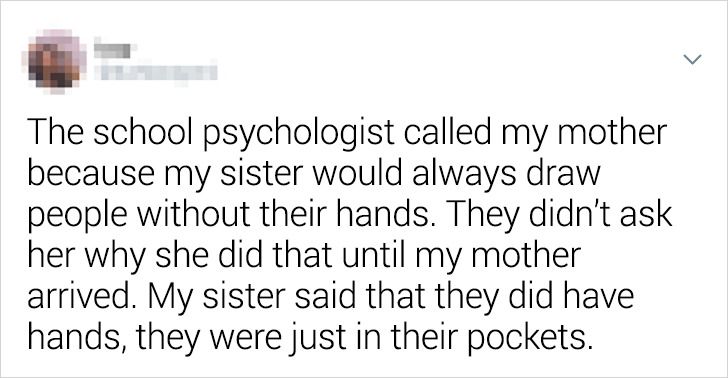 #18 It is as if they took it as a challenge to interpret it. 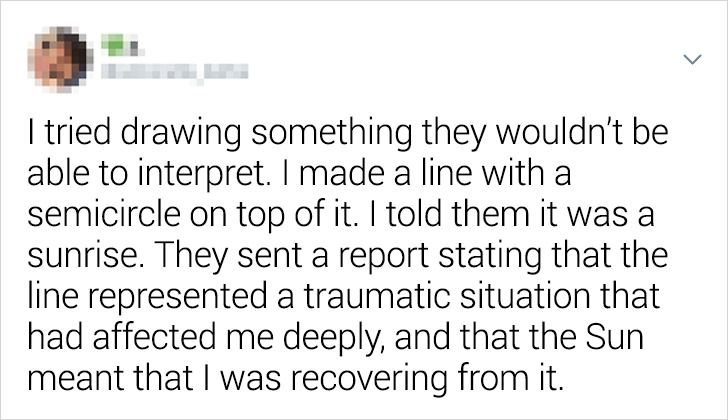 #19 This is actually quite hilarious. 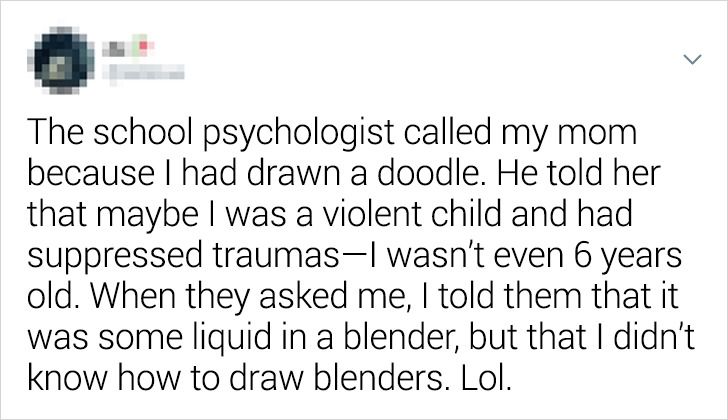 #20 At least it is much more unique than drawing parents. 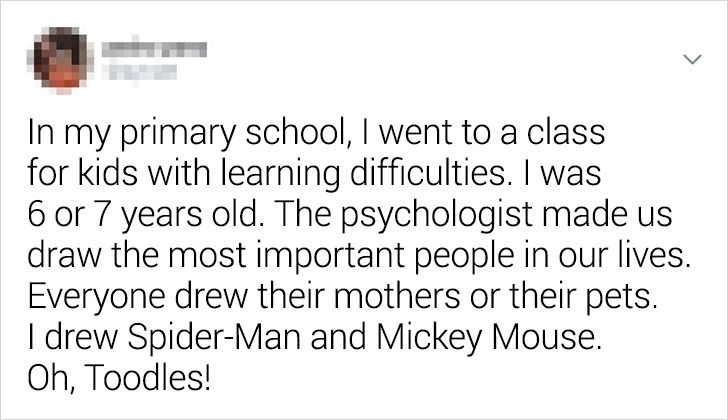 Have you ever faced a similar situation? Or have you never been to a therapist? Comment down below and let us know.