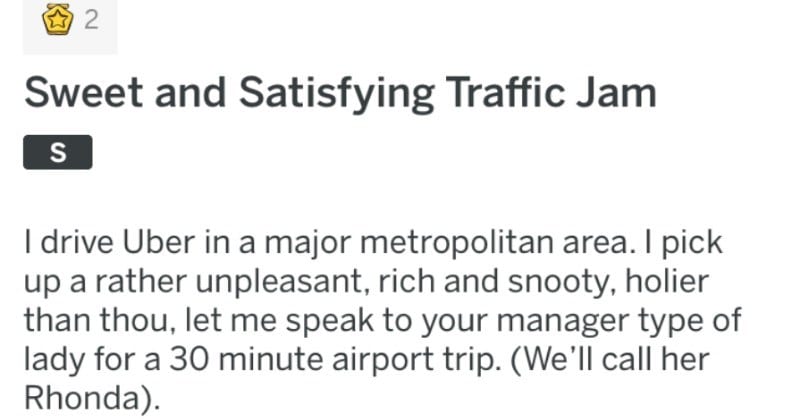 We should be nicer to the people around us.

When you work at jobs like retail or drive a taxi, you meet all sorts of people. Some people can be nice and courteous to the staff but a majority of people are just rude and harsh. The life of these employees is difficult enough already and people like that make it even worse. I don’t know what people gain from making others miserable but that’s just how the world works.

The best these workers can do is keep a smile on their face and ignore any bad attitude thrown towards them. However, life works wonders sometimes. What goes around may come back around to bite you in the a**. So be careful of how you treat others because karma might just be around the corner. A Reddit user shared his story of meeting a snobby passenger on his Uber who got what she deserved:

So he met a snobby passenger and named her Rhonda. If it was up to me, I would’ve named her Karen. 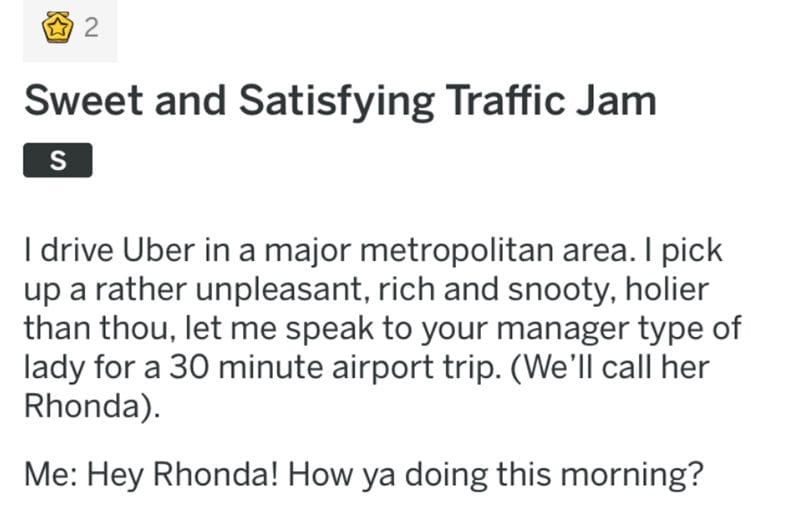 The GPS suggested taking a different route for the airport as there was a lot of traffic there. 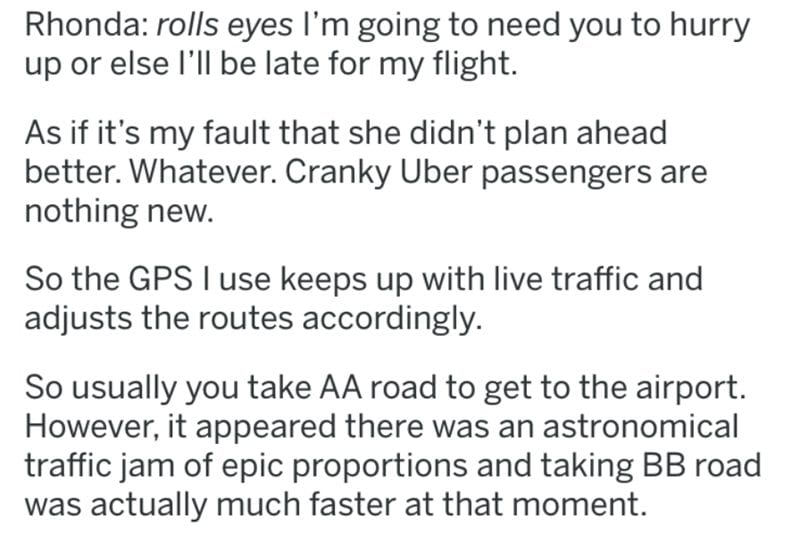 Rhonda decided to interrupt him and was being a complete douche. 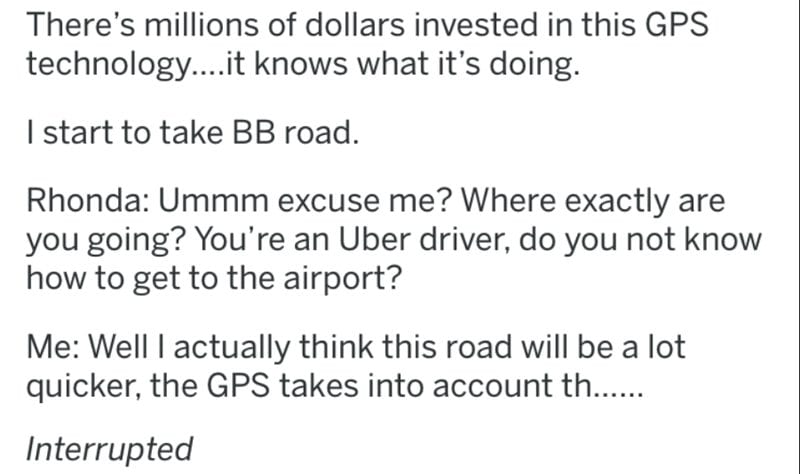 She made him take the original route and instantly regretted it. 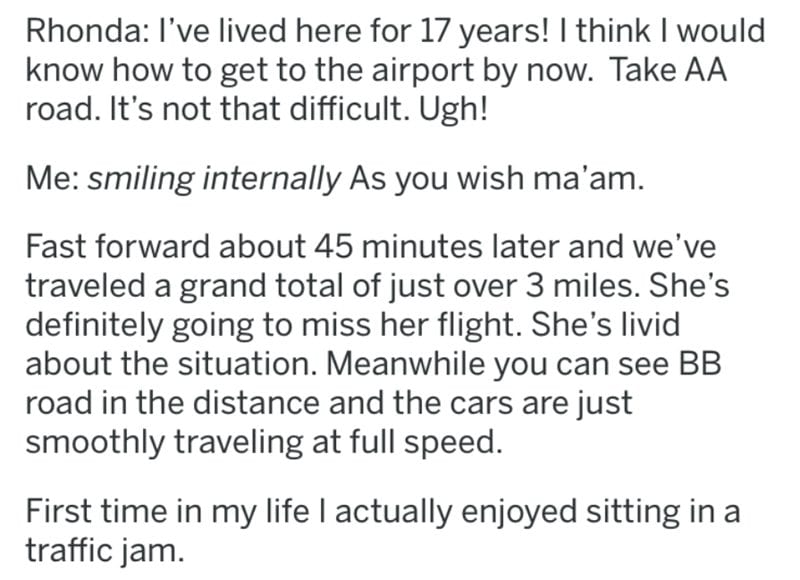 Wow. Sometimes God takes revenge for you. And revenge can be sweet and satisfying as hell! I think she completely deserved what happened for being a rude and insufferable know-it-all. Maybe this will teach her a lesson to be kinder to people in the future.

Here is what other Redditors had to say about the incident:

I never thought being in a traffic jam could so beautiful.

This guy is asking the real questions here.

More money for the driver. It was a win-win.

What did you think of this story? Have you ever met someone like this who faced the consequences of their actions immediately? Share your experiences with us in the comments below.