Dealing with a new ‘parent’ is never easy.

Especially if you are still young and the new wife/husband insists on taking a parental role. You might not want that but you still have to be respectful, since it isn’t their fault at the end of the day. However, this is a complicated story. Apparently, this Father thinks his new wife takes precedence over his own daughter. I can understand wanting to keep your partner satisfied but it should never be at the expense of your child’s happiness.

And we are all aware of how even the smallest things can seem huge to teenagers. We have all been there. Although I wouldn’t say her reaction to how her Father has been treating her was completely out of the blue. Moreover, she explains how she has tried reaching out several times but she always gets shot down. The language she used in the argument isn’t something anyone should say but it is understandable as to where she is coming from.

According to her, this isn’t a new thing and he has been doing this since her mother passed away. 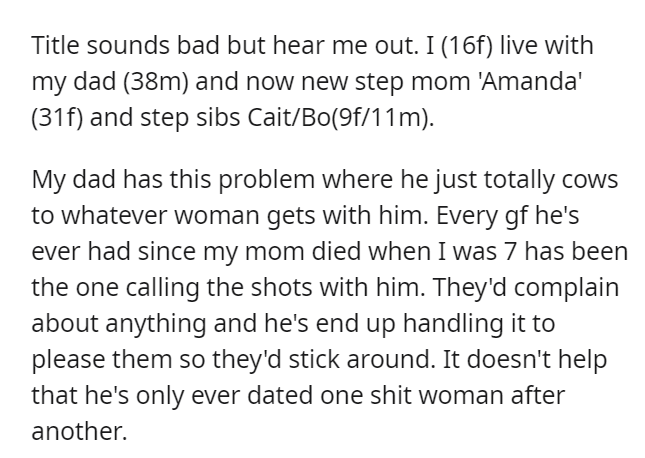 There might be some angst but it is only magnified because of his behavior towards her.

This fight started because she wouldn’t let Amanda’s kids play with her NES. 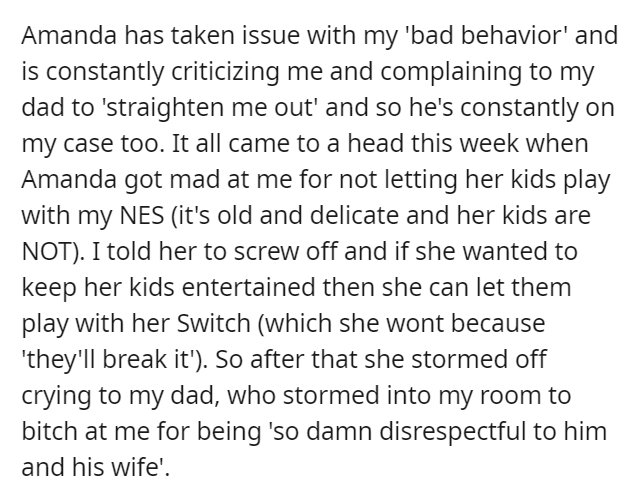 And that is when she couldn’t hold back and blew up on her father. 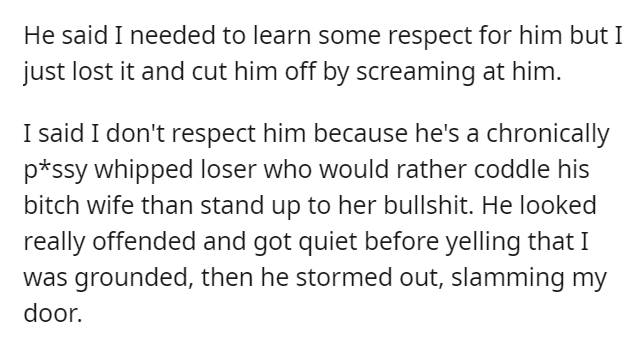 While this is no way to talk to anyone, I think one can give her a pass for being a teenager.

She also goes on to give more explanation about the reasons behind her anger. 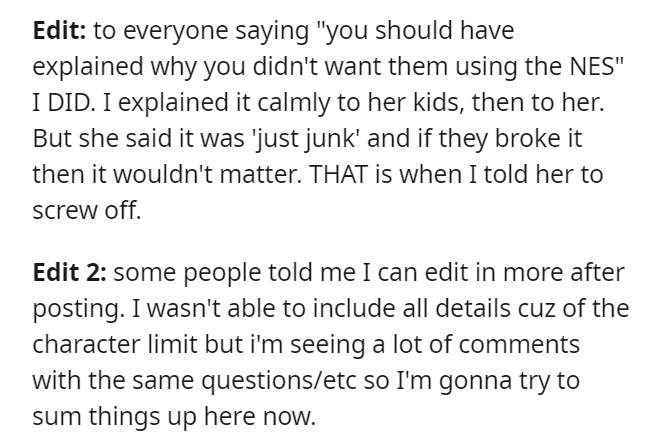 She has tried several times for her father to go to therapy with her but he never listens.

And it is clear that Amanda doesn’t really care about her and only wants her to act as a servant. 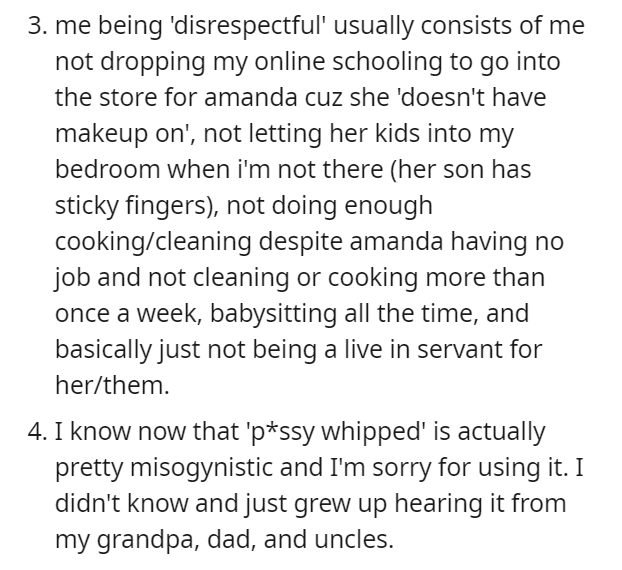 Moreover, he hasn’t changed since her mother passed away and he does the same thing with every partner he ever has.

People in the comments agreed that how he is acting should not be how a loving father behaves. 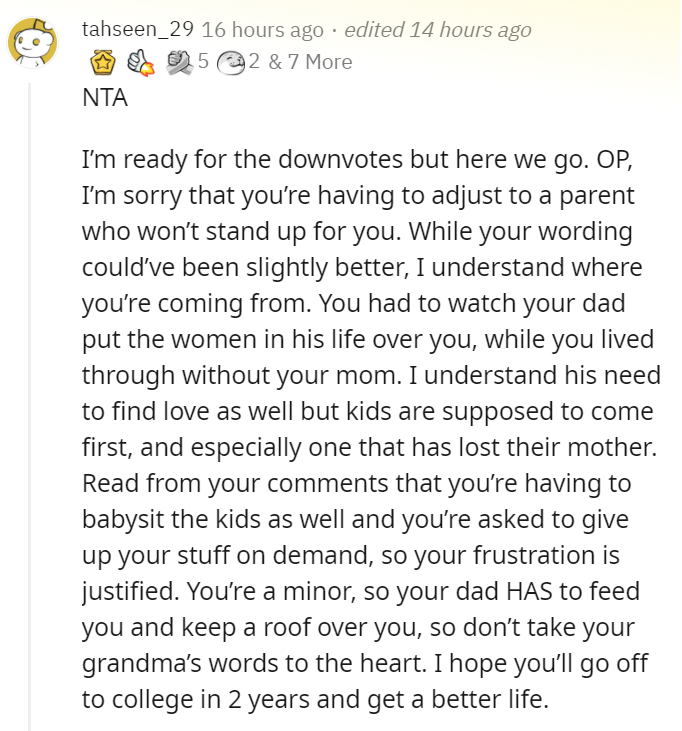 I was you at one point. I was the daughter of a dad who chose every woman over me. Can you get a job? I’m sure you’re in school, but just an afternoon and weekend job. It will keep you out of the house more and it will allow you to save money so that in two years you can run like hell from them and never, ever look back.

Make something of yourself so that someday he will look out into the world and see your name somewhere, or a picture in the paper of how damn successful you have become without him, and when he tries to reach out to you, shut him down and continue living your life. –roselle3316

And while how she reacted might have not been the best way to handle this, she gets a pass. 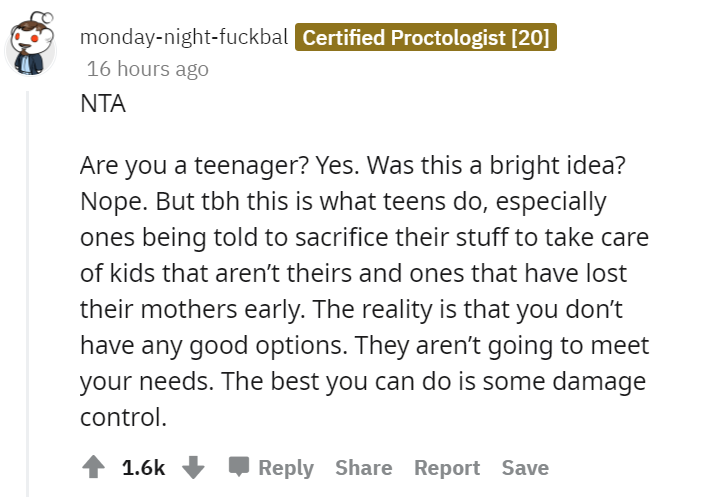 Reddit users did recommend that she should try to talk to him. 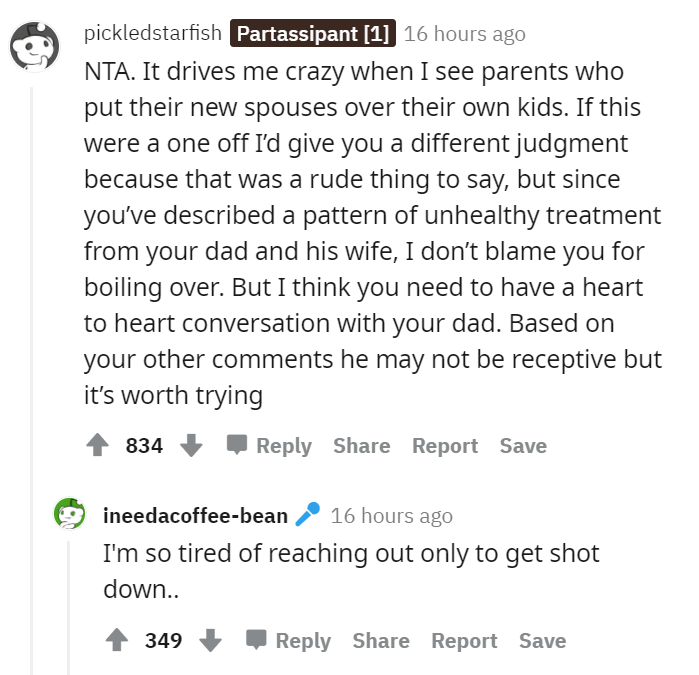 They need to communicate better but he doesn’t seem willing to take any sort of step. 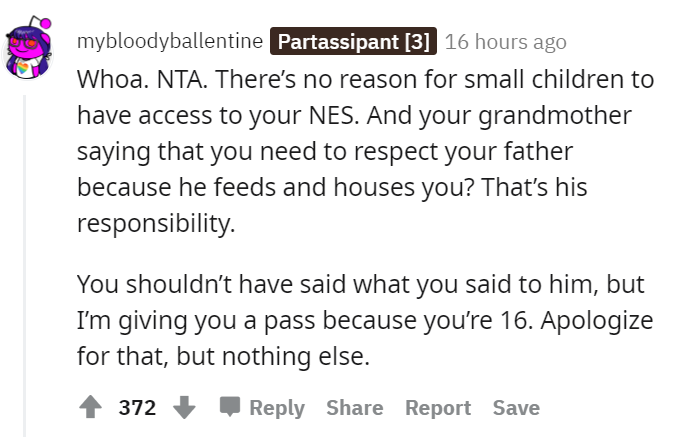 However, most people did agree that her father was the a**hole in this situation. 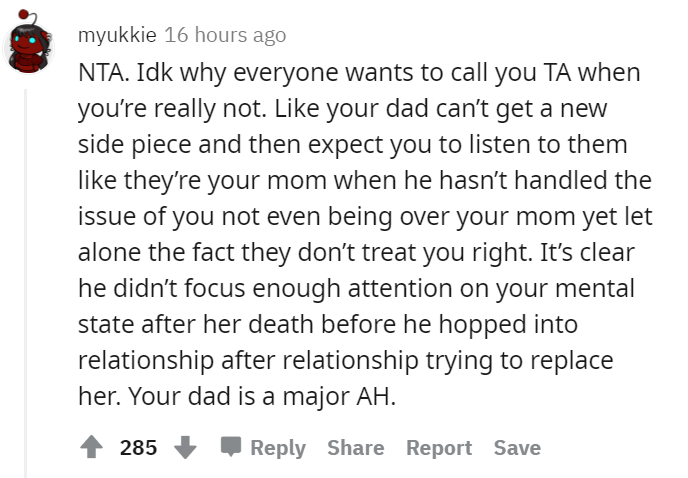 Perhaps he will learn to listen after this. 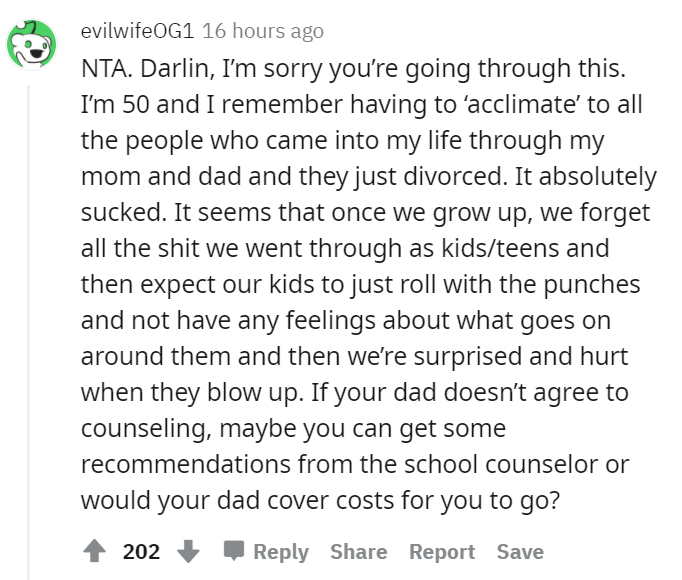 What are your thoughts on this? How do you think she should approach this? Let us know your opinion in the comments below.