Big companies and well-known corporations only mean business, they aren’t really your well-wishers. They’ll go above and beyond to get their product sold out on profit. They’ll spend tons on marketing campaigns, sale promotions, and other offers just to attract customers. Now what happens behind the curtain is often unknown to most of us, that’s how the branding of bigger corporations works. There are some dirty secrets businesses hide from their customers or else the popularity of their product/service will automatically fall, they’ll lose their worth, and might have to face a financial crunch too.

These secrets are often only known to the employees, while they are on job at these companies it’s their duty to stay low about the underhand tactics these companies use to promote their products. However, when these employees are no more working at these companies, they often expose their juicy secrets to the general public. Below is a thread from Twitter where ex-employees were asked to make confessions about darker secrets bigger corporations have been keeping for years. The list includes sneaky tricks the corporations have been playing on their customers, you’ll surely enjoy this one so make sure to read till the end. You might also be able to benefit from these!

1. An interesting beginning it is!

Well, entrepreneurs of all kinds are the future of the corporate sector

2. So apparently there’s no difference between credit and debit, it’s all a lie

The staffing team is too lazy to clean the machines so they just make up an excuse, this is a secret that the fast-food industry wouldn’t want to let out

4. How they make your stay a memorable one

6. I wish it tasted as awful as it sounds, but it tastes amazing

7. That is just absurd

8. I wasn’t over the fact that there’s nothing such as a ‘secret menu’ yet and then this came up

10. No wonder why my order from Sephora never makes it to me

11. No dear, they haven’t even started on the dough yet

12. When you’re aware of your standard

What if TIDE has some hidden secrets to tell too?

Big names in the sales industry will do anything and everything to achieve a measurable increase in their sales. The advertisement campaigns run by these bigger brands and businesses will make you drool over their products for being so fine, the promotion offers will make you go nuts but just wait once you’ve walked in to finally avail these offers. You’ll be bombarded with terms and conditions which were nowhere mentioned in the advertisement, that’s another way bigger corporates loathe you.

13. Only buy if the subway in your city crashes, the bus network closes down for being in debt and you can’t walk because you are too fat

16. Who would want to turn the upgrade down, despite knowing this? Not all secrets are that bad

17. Perhaps, the district manager can give it for free?

That’s a piece of smart advice though!

18. Spray clean the cutlery that hasn’t been used but was laid on the table which might also have a million bacteria over it

19. They know their job better

20. You’ve been caught in action

21. The call operator probably also knows that you’re eating pizza while he’s on a diet

22. Our farm-fresh goodness comes from the Tyson- said no fast-food chain ever 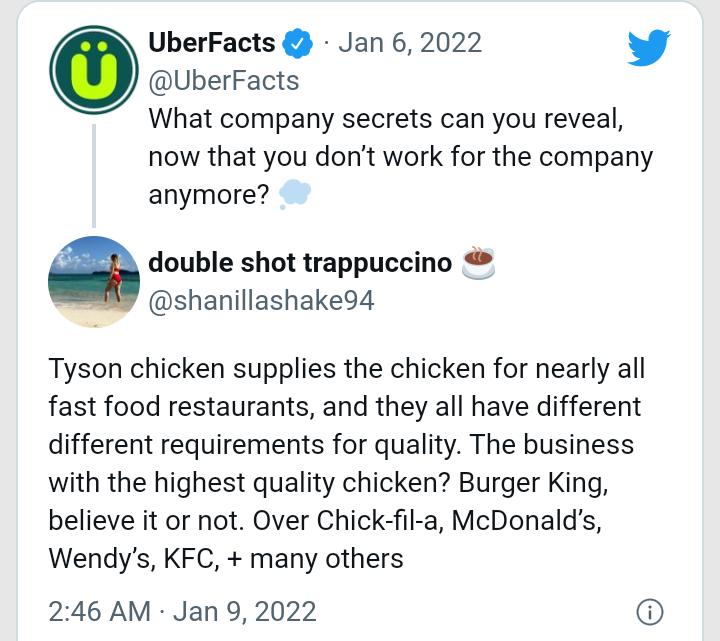 There isn’t a single industry that doesn’t involve tricks and tactics to achieve a higher customer count, but nobody knows the ways and means these companies adopt to increase their production of various products which may involve something that may not prove to be beneficial for the customers. Hereby, the companies do everything to keep their secrets buried until a rebellious ex-employee gets triggered.

Are you hiding any secrets of a tycoon company? Do let us know in the comments section below, we’re eager to know!