Imagine living together with your loved one, it might be one of the best things in your life. Maybe, because you spend so much time at their place that you haven’t left your flat in weeks. Or, maybe because you can’t survive (because of all the love) without your partner. So, moving in together can be the perfect decision for both partners.

On other hand, moving in together is a key milestone in any relationship; it is a genuine test of your commitment and devotion and a sign of a possible future together. It is, nevertheless, important to handle it appropriately in a correct way. Things might change if you don’t make the right decision at the right moment. It might result in some terrible incidents. Like, breaking up after moving in together can be unpleasant, drawn-out, and tiring. Duh!! (Just ask anyone who had to break up with their partners after only a few weeks or months of living together), therefore it’s important to tackle this phase and take correct decisions carefully. But it shouldn’t scare you, living together can be incredibly enjoyable and beneficial, only if you take the right decisions before moving in together.

Check out this story of a girlfriend who had a hard time deciding what to do;

Well, we gathered a tale about a 20-year-old lady who opted to live with her 24-year-old partner. The post’s author, a woman, described that she was living in her own apartment while her partner lived at home. They were planning to seek for a larger apartment where they could live together. Let’s scroll down and have a look at the tale and the comments left by strangers on the post.

So, a Reddit User @napsandhugs asked the people online if she was correct in refusing to eventually live with her boyfriend after discovering that he doesn’t know how to do basic housework.

Woman suggested her boyfriend to learn some basic house chores himself.

After discovering that her boyfriend didn’t know the housework and his mother does all the work, she suggested her boyfriend to learn some basic things before they move in together.

During one of their discussions, the woman discovered that her boyfriend does not do his own laundry. She then asked him if he knew how to do any of the basic household tasks, such as cleaning, cooking, and doing laundry. The man admitted that he did none of those things, and that he had never had to budget his money. This is when the author of the post began to wonder if they should really move in together. 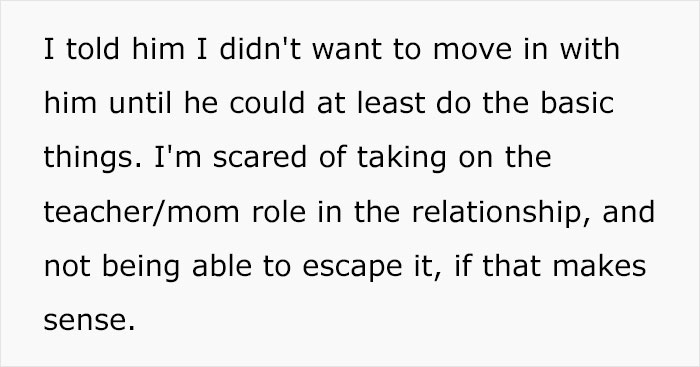 Well, the woman came up with a solution. She suggested her boyfriend to learn how to take care of himself firstly. This will be a helpful thing for the woman as she wouldn’t have to do everything by herself once they moved in together. Upon the suggestion the woman gave, her boyfriend stated that it would be best if she taught him everything.

Obviously, no woman wants to live with a man who doesn’t know the basics of housework. To have a healthy and flawless relationship, both partners should share equal responsibilities rather than placing all of the responsibility on one person’s shoulders.

Here, the couple’s viewpoints diverged. The woman did not want to be a mother or a teacher. Clearly, no one has enough time to educate a man the basics. She advised the boyfriend to learn the housework himself or to seek advice from his mother. She agrees that once he is ready to take on some of these obligations, they will be able to move in together.

This plan was not well received by the boyfriend, who stated that it was ridiculous to postpone the plan and that they would work it out after they started living together. This put the girlfriend in a difficult situation since she wants her boyfriend to do these things on his own because she doesn’t want to become a person who chases him around the apartment doing everything alone. She also stated that she is sorry for refusing to teach him anything personally.

She decided to ask the strangers regarding who is right or who is wrong. The post, that earned over 15k upvotes, sparked a conversation among other internet users who shared their thoughts and experiences. Many of them felt that the lady is correct in this circumstance and that ignoring the matter might lead to worse problems in future. Some of the users confessed that they were in a similar scenario, and that it didn’t help that they refused to talk about it at one time, because it led to them being used later in life.

The Internet Users Agreed That The Woman Was Right! 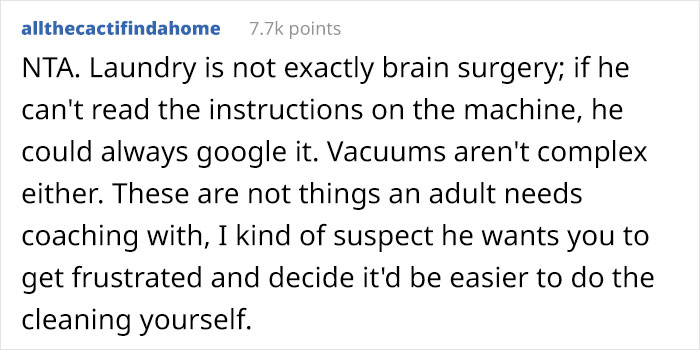 People shared their own experience of being “TRAPPED” in a relationship: 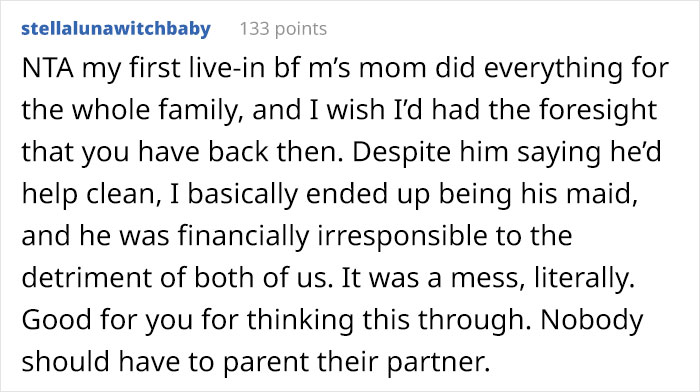 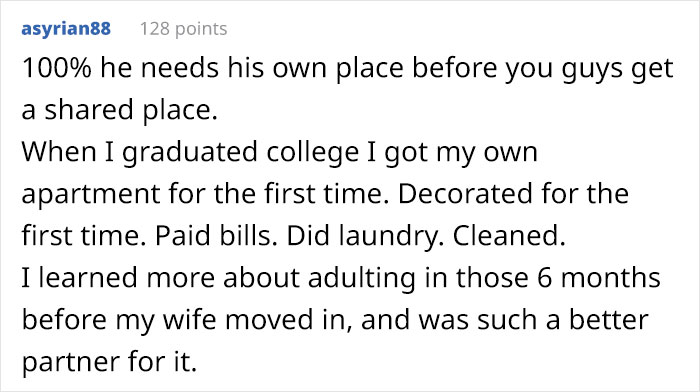 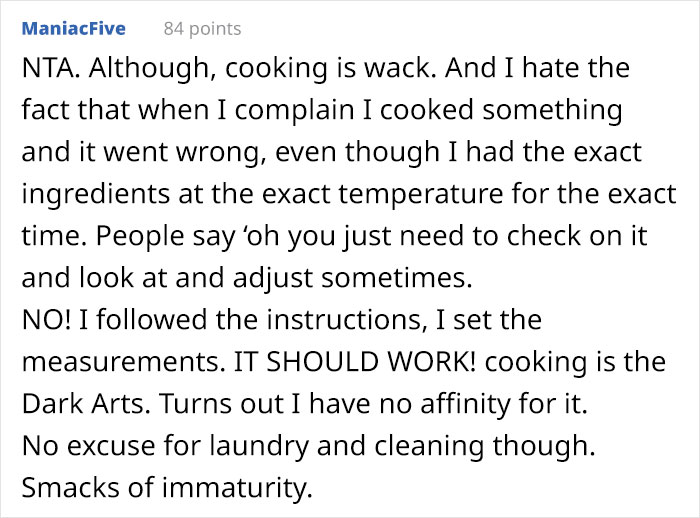 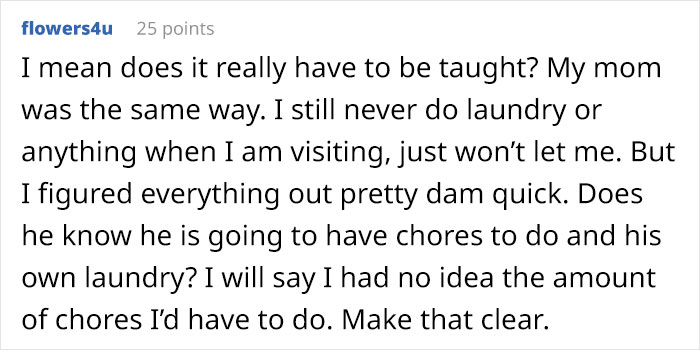 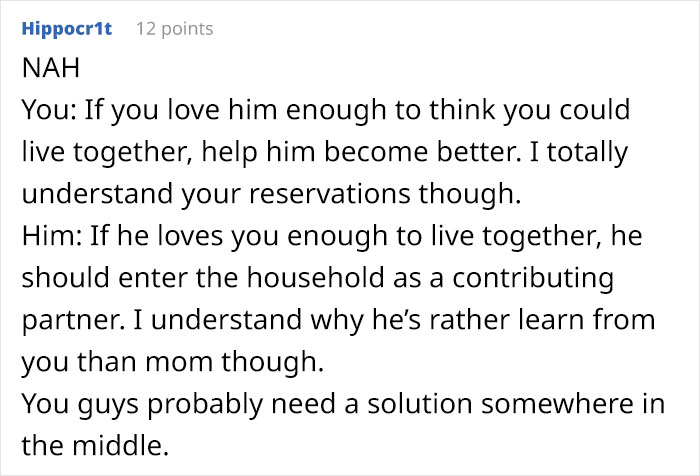 Have you ever experienced similar situation before? If yes, don’t forget to share your experience with us in the comments section below.