African grey parrots just love to mess with everyone.

Parrots are great creatures. I mean, they can learn to emulate anyone’s voice and you can even teach them how to curse. I don’t know about you, but that sounds great to me. It is especially useful if you don’t like a particular person. You can just train your parrot to spew curses when they come and they might leave you alone forever. Not only that, but parrots are also great as pets as they not only love humans but can make your life enjoyable.

However, that is not true for every parrot breed. Some are just straight-up jerks who will do everything in their power to mess with you. From perfectly emulating a crying baby to making you think they have passed away, they have a large bag of tricks. And it is not just some parrots who do this. Apparently, a lot of African Gray parrots have the prankster quirk. And you can see that in action as a lot of people had their own experiences to share.

So scroll below to read these instances for yourself.

#1 It is quite hard to believe that birds would have a sense of humor, but this isn’t a lie.

#2 I would be afraid the bird would eat my corpse when I pass away.

#3 So they are basically jerks who start prank wars?

#4 Or you could also equate them to frat boys in college. 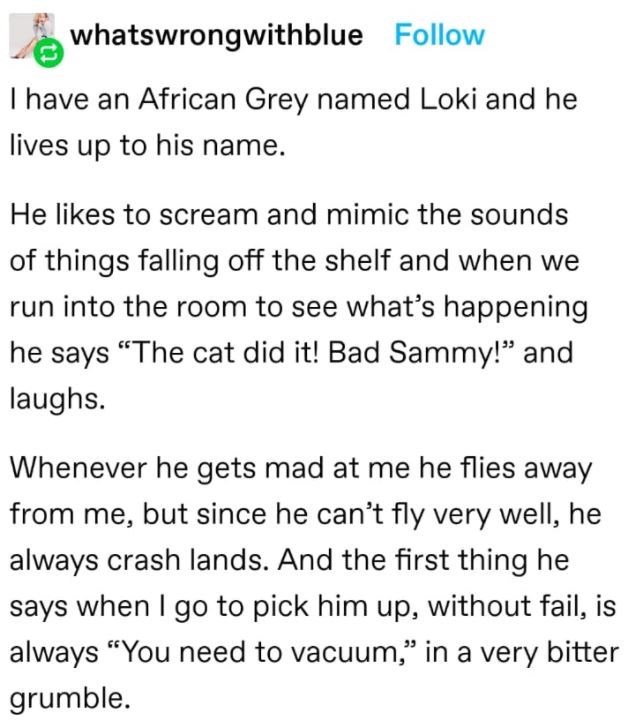 Everyone should be afraid of the God of Pranks.

#6 That is like waking up your child for school on a Sunday by mistake.

Funnily enough, African Greys have actually been dubbed the ‘Einsteins of the bird world’ because of their high intelligence. Not only that, but they also show a great level of empathy that supersedes many other birds. They are, of course, great talkers and know just the right time to lighten the moment according to the people who keep them as pets. These birds are also quite popular as they are an expert at emulating voices, making them great for conversation.

#7 I can almost imagine the Scottish accent and this is the greatest thing I’ve ever heard.

#8 He needed to get his revenge and that was the only way.

#9 That is just the nail on the head for already tired parents. 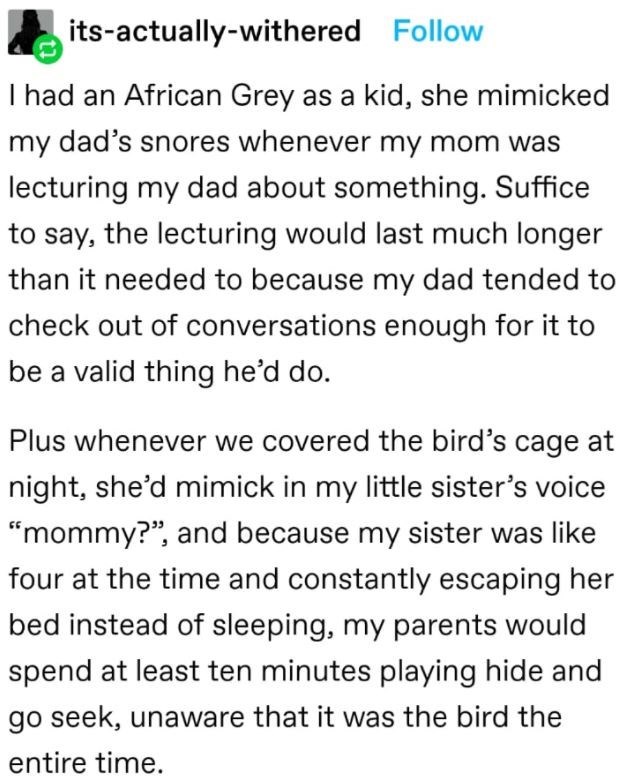 That is one way to decrease someone’s self-esteem.

#11 Well, he had to make his own fun somehow and this was the only way.

Did you know that African Greys were such pranksters? Have you ever kept one as a pet? If so, why not share your own funny story below?