What’s better than watching a cute animated movie with your kids on a Saturday night?

It keeps the kids entertained and happy. Kids love animated movies. Some of those movies are very much loved by adults as well. There are some genres that we don’t want the kids to watch, horror is one one of them.

Sometimes the producers make such movies that are not appropriate for the kids to watch. Today we’ll be talking about one such movie, that is made for kids but it isn’t very appropriate for kids. It will definitely scare your children. The movie is “Coraline”. 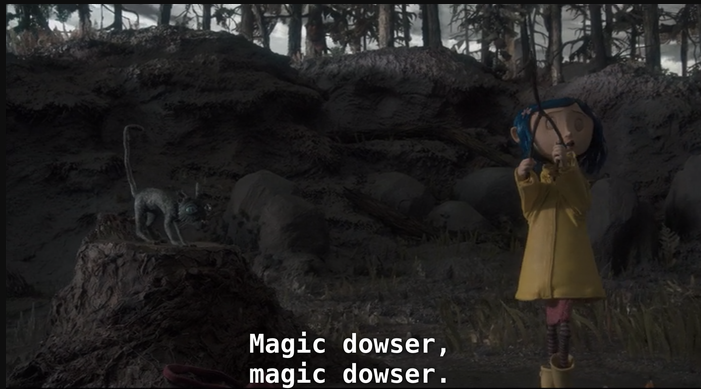 Coraline was released in 2009 & it is an American movie. The film revolves around a girl named Coraline, who has recently shifted into a new house. In this new house, she finds a secret door which leads to a parallel universe. She goes through the door, not knowing that the alternate universe has some dark secrets. 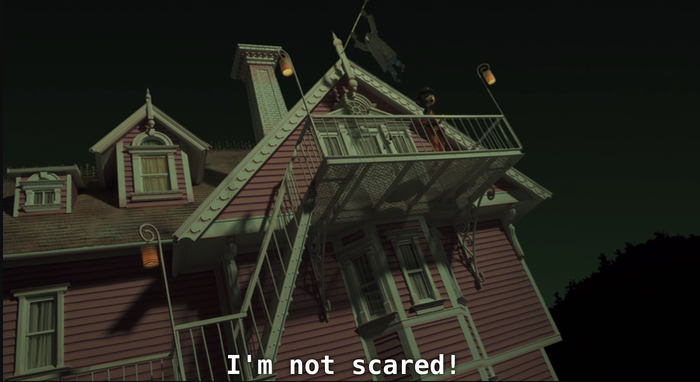 1. The Movie Begins With A Very Creepy Scene 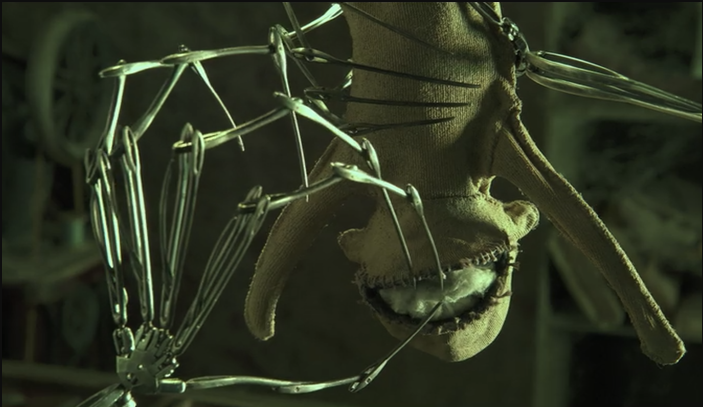 A weird doll who has these creepy sharp needled hands? I am already freaked out.

2. Wybie Finds A Doll That Was At His Grandma’s Place. He Thinks It Resembles Coraline And Leaves The Doll At Coraline’s Doorstep. 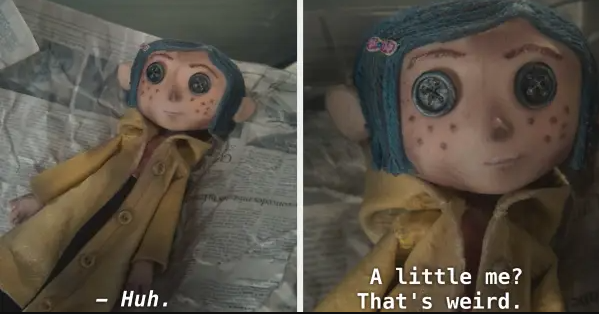 The doll is pretty old, older than Wybie’s grandma. Why does it look like Coraline? The resemblance is frightening. 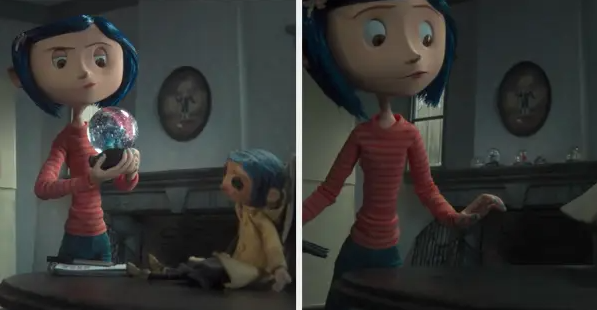 Umm, what? Is the doll Annabelle’s relative or something?

4. Coraline Discovers That She Had Been Stalked By Other Mother This Entire Time. 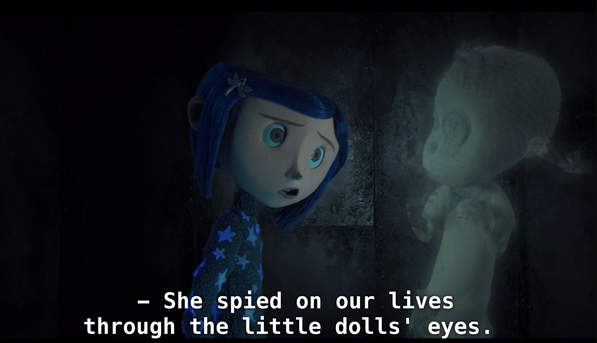 Being spied? Not so cool.

5. Other Mother Suggests That Coraline Can Stay With Them If She Puts Buttons On Her Eye Sockets Instead of Eyes. 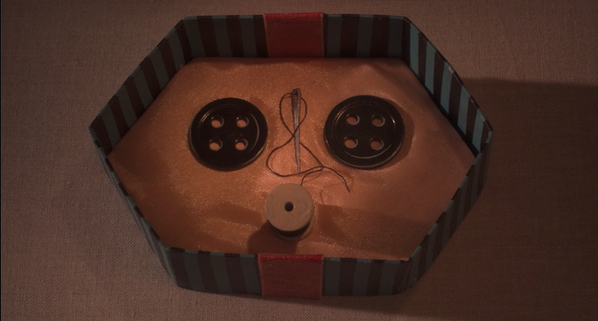 Stitching buttons over the eyes with needles? What kind of wish is that?

6. The Classic Horror Movie Move, Increasing The Curiosity and Telling Coraline She Can’t Go Through The Little Creepy Door. 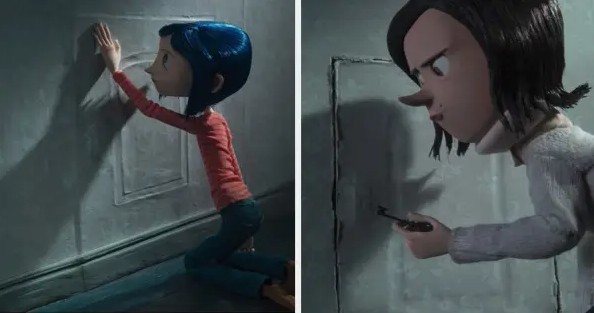 7. Coraline Enters The Other Mother’s World And Finds Out That There Are Two’s Of Everyone. 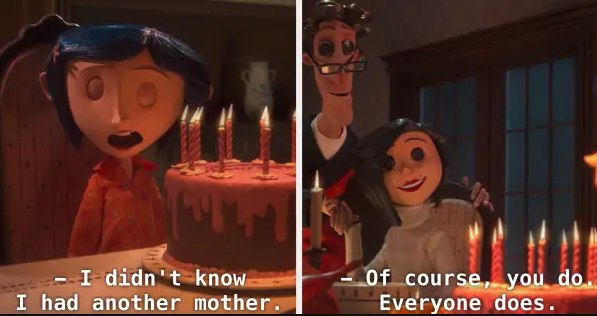 Two of everyone? Yeah, that’s great and not scary at all. Totally normal…

8. Other Mother Wanting To Make Coraline Stay In Another World And Replacing Herself With Coraline’s Real Mother… 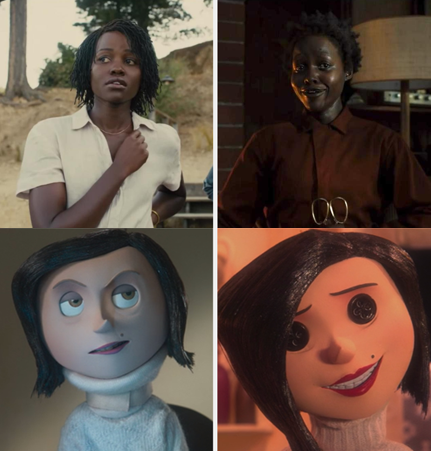 The idea of everyone’s doubles and replacing the other by taking over their body is the concept that is presented in the movie “us”.

9. Ouija Is A Literal Horror Movie And Coraline Has Some Scene Similar To It. Coraline Uses A Planchette Of Sorts To See Weird And Creepy Things. 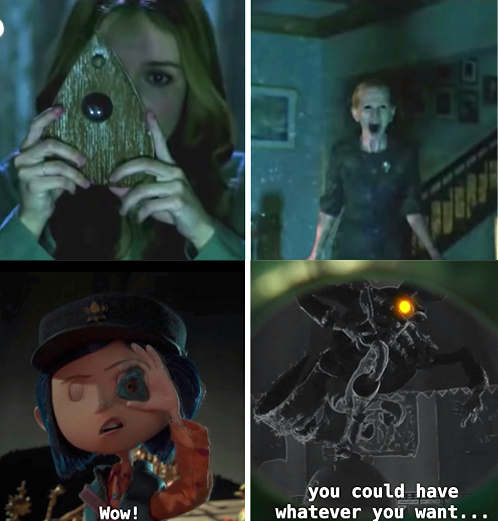 No child or even an adult would want to see scary things.

10. Other Wybie Dusting Himself When Coraline Tries To Help Him. 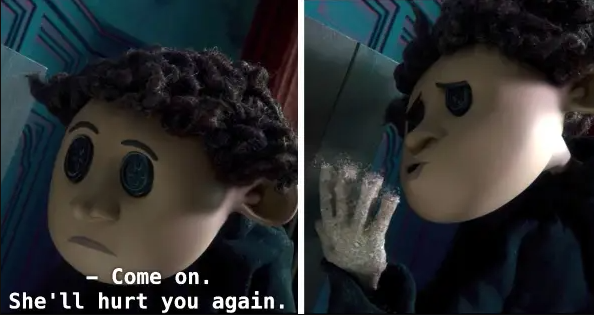 11. Stitching a kid’s face because he frowned? Wow, that’s a great way of treating a kid. Other Mother sewing Wybie’s Face Similar To A Joker’s Smile Is Unbelievable….. 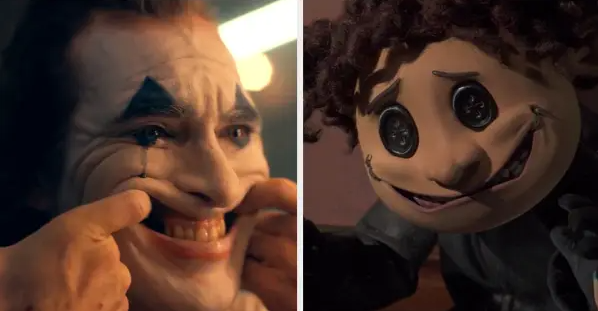 Sewing his mouth because Coraline thinks that he is too talkative. Are you for real?

12. Even The Musicals Of The Movie Were Terrifying. 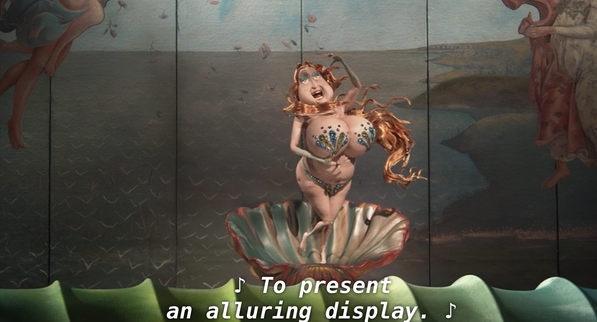 13. What’s Worse? Your Parents Disappearing Or You Finding Out A Creepy Doll That Looks Like Them? 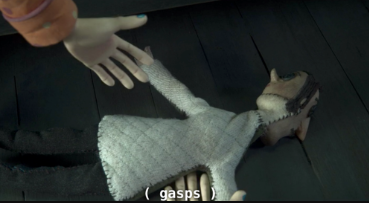 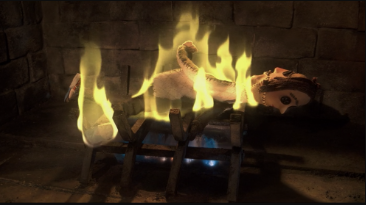 Honestly, I would’ve burned the doll as well.

14. Imagine, Your Parents Crying For Help From Inside The Mirror! 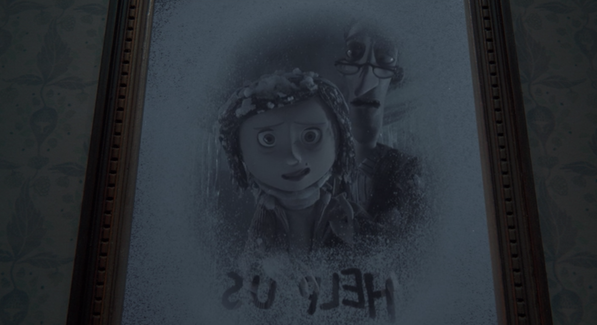 Was this just another trick of Other Mother? Or were they actually trapped inside?

15. Being Trapped In A Mirror Dungeon And Finding Ghosts Of Little Children. 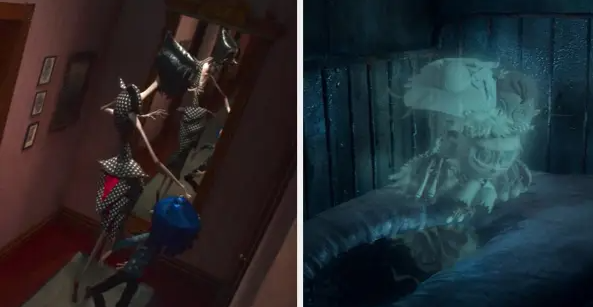 Coraline finds out ghosts of the children in the dungeon and it turns out that the children were killed by other mother. Yep, I’m not freaked out at all.

16. So, Coraline Had To Find The Eyes Of The Kids In Order To Free The Souls Of These Trapped Ghosts. 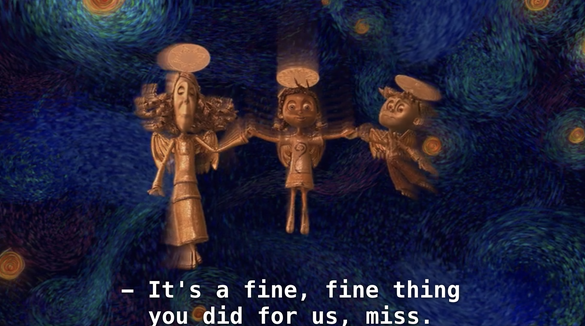 17. Other Mother Transforming Into A Scary Spider Thing, Sends Shiver Down My Spine. This Was A Very Traumatizing Scene.

18. Other Mother’s Hand Made It Through The Portal And Almost Succeeds In Pulling Coraline Into The Well While Drowning Her. 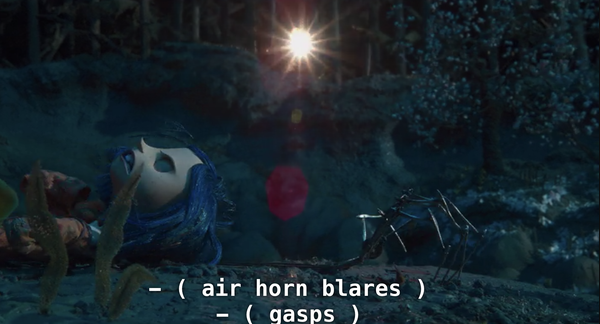 All these images and scenes from the movie are proof that this movie was undoubtedly scary and spooky. We should all make good choices and show good things to children instead of movies that would induce trauma in children. Let us know what are your thought in the comments section below!