Dogs are perfect in every way.

That is what every dog lover would say. And while I would agree that dogs are great, not everyone is a big fan of dogs. Don’t get me wrong, they are amazing, playful, and loyal creatures but not everyone wants to cuddle with them on the bed. Whether it be because they just don’t want to let a dog on the bed or it might be because they don’t think the dog is clean enough. Any reason is valid.

So it really isn’t that big of a surprise to see that this man didn’t want to let a dog sleep on the bed with him. He might not have even wanted a dog but he agreed to get one just because of his wife. However, he made her promise that she wouldn’t let the dog sleep on the bed beforehand. And as you can imagine, she was fine when making that promise. You can take a look at the rest of the story by scrolling below.

This guy wanted to ask if he was in the wrong for this.

He clearly didn’t want a dog in the first place but relented because of his wife.

And this is when things started going sideways.

She called him a jerk when she was the one who broke the promise in the first place. 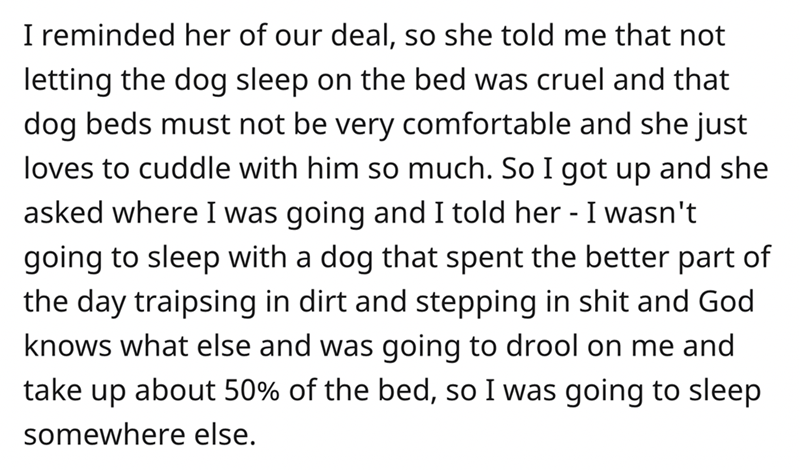 So the guy decided to sleep in another room.

While I do agree that the wife was in the wrong, the husband could have handled it better as well. I am not saying he should have just let it be. However, he should have tried to communicate better. Other than that little thing, she was entirely in the wrong. It may not seem like a big deal to let the dog sleep on the bed for her and many other people but she had made a promise to her husband. And since she broke that promise without giving a valid reason, she is the only one in the wrong here.

People in the comments had varying opinions. 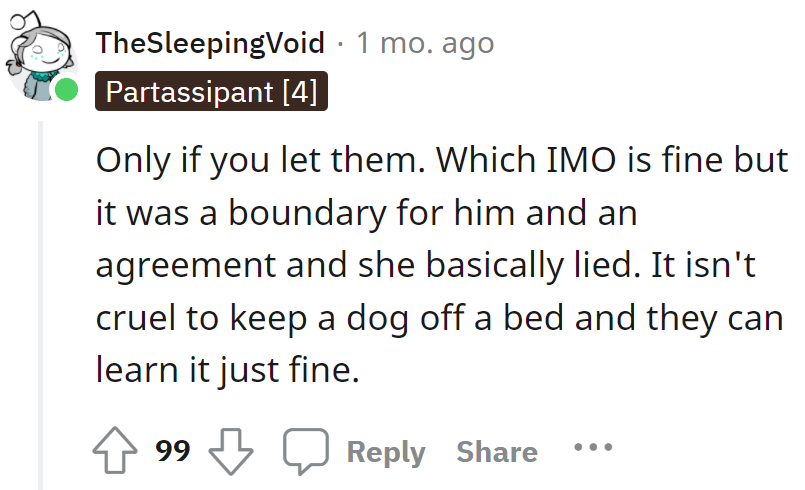 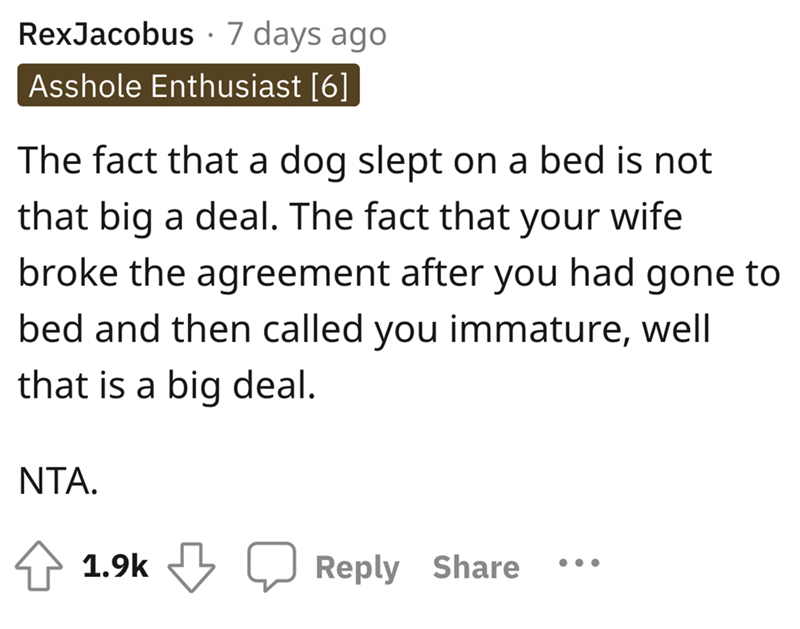 And it was all about the broken promise, not the dog at all. 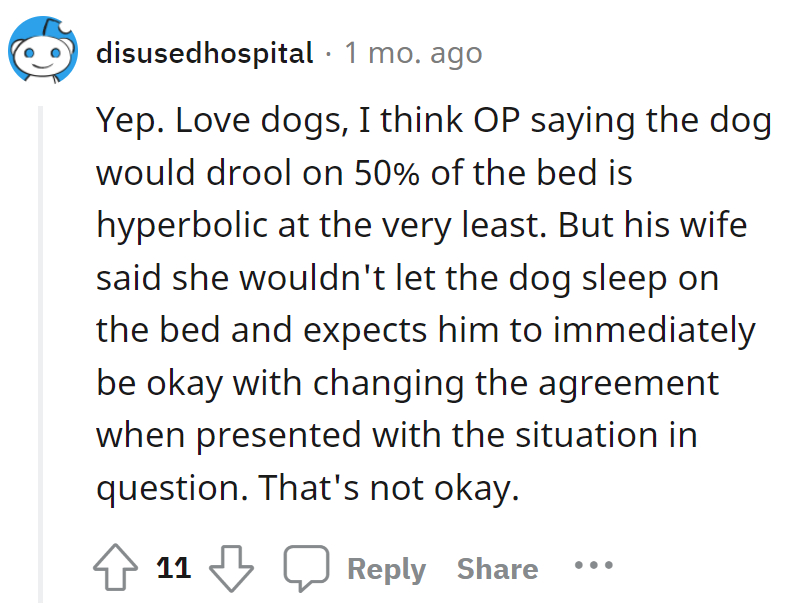 Some people were also thinking about the kids. 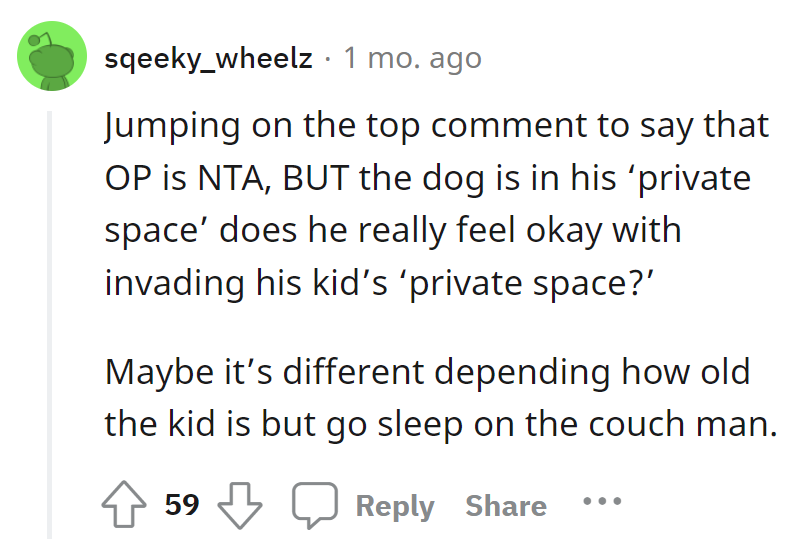 It seems many people don’t like letting their dogs on their beds. 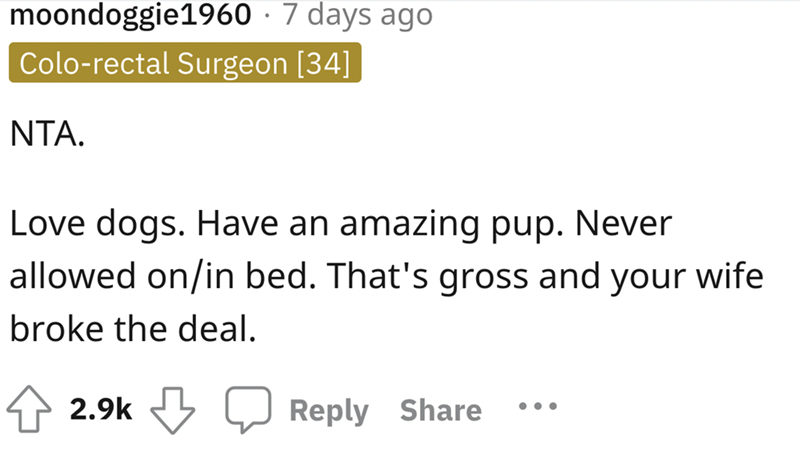 All of this just depends on how well-trained your dog is.

I have to agree that not all dogs are clean everywhere. 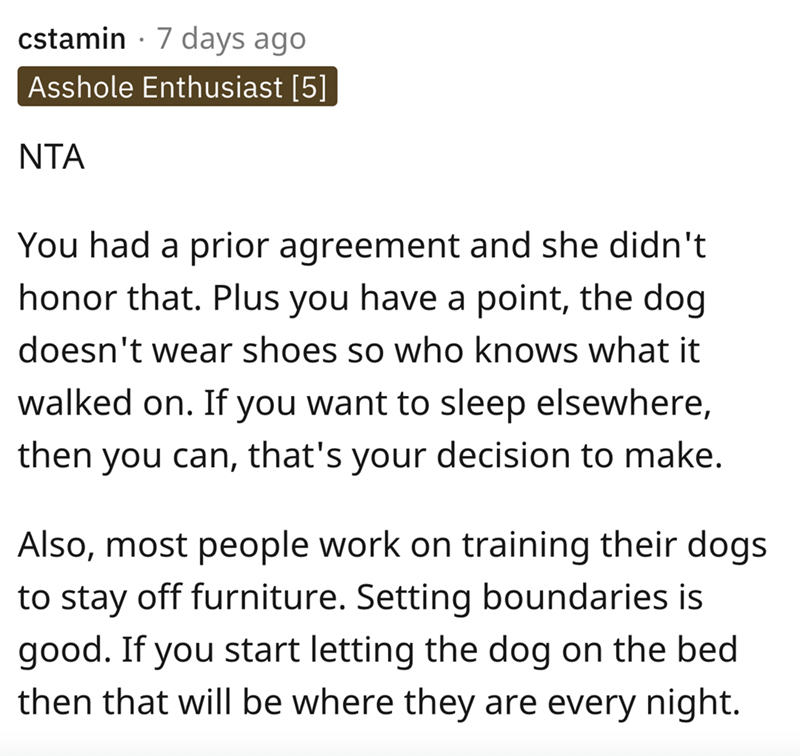 There were also some people who thought both of them were in the wrong. 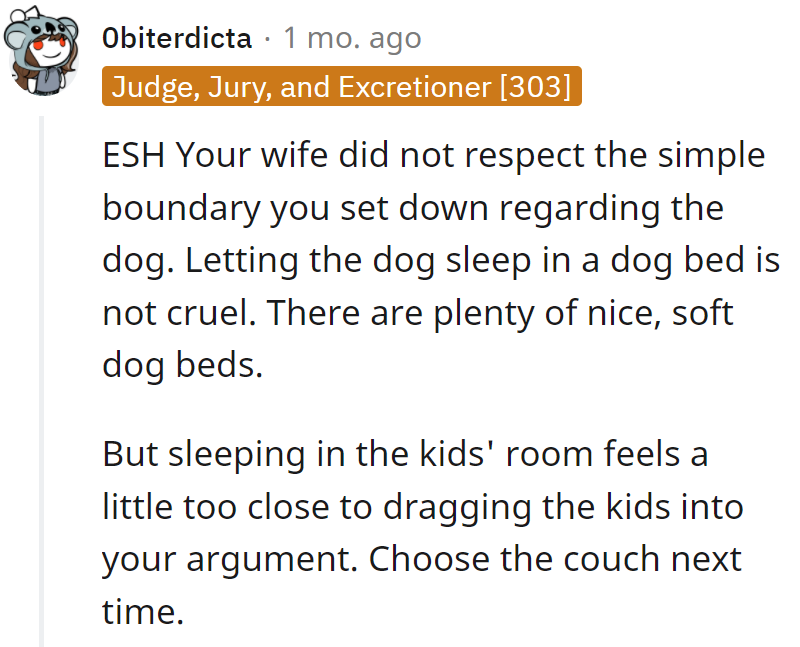 Communication is the key here. 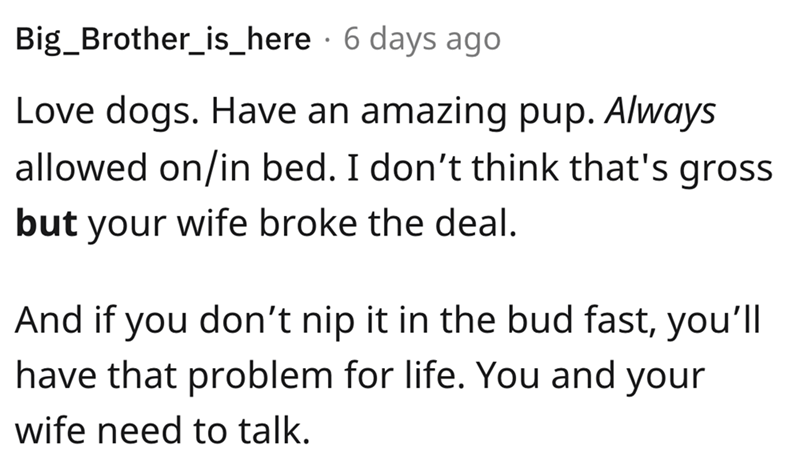 You just have to let your pet know what is allowed and what isn’t. 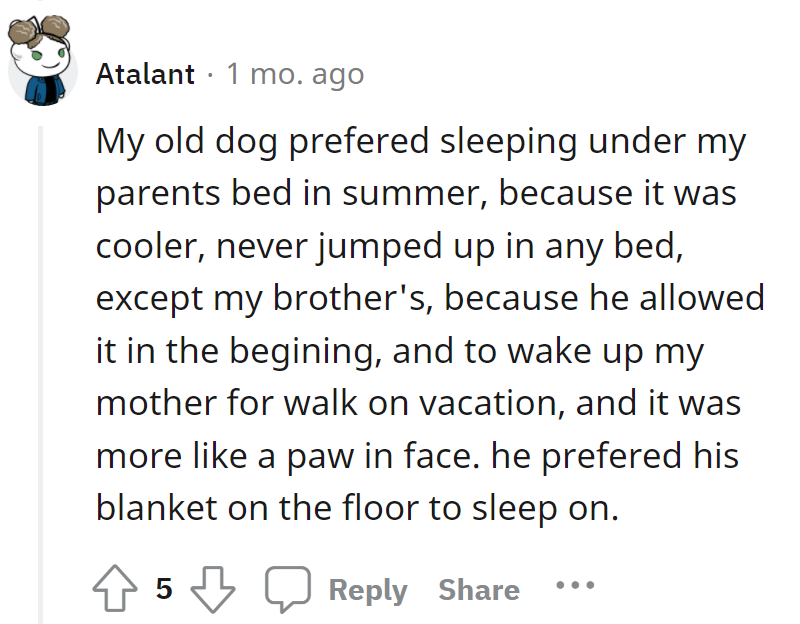 What do you think the husband should have done when his wife let the dog sleep on the bed? Should he have made a fuss right then and there or was it more mature to wait till the morning? Let us know your opinion in the comments below. And don’t forget to share this story with your friends so they can chime in with their opinions as well.