We all know the typical definition of family includes a mother, father, and siblings. However, a family does not always have to be blood-related. Being a mother is not easy. Raising children is not a joke. You don’t just wake up one day and decide to have a child and think you are capable of raising one. It takes a lot of sacrifices. However, some people seem to think being a mother only means giving birth to a child. Women give birth to children and abandon them too, does that mean they were mothers too? A mother is someone who loves and cares for their child. They raise them and look after their needs. Just because you did not give birth to your child, does not mean you are not a mother. Women who are barren can be mothers too.

This man on Reddit shared his story about attending a Mother’s Day party with his family. Things were going fine until his mother told his wife that she isn’t a real mother because she adopted her daughter and couldn’t have kids of her own. Scroll down below to read the whole story:

They adopted a newborn baby girl after they found out they were unable to have kids. 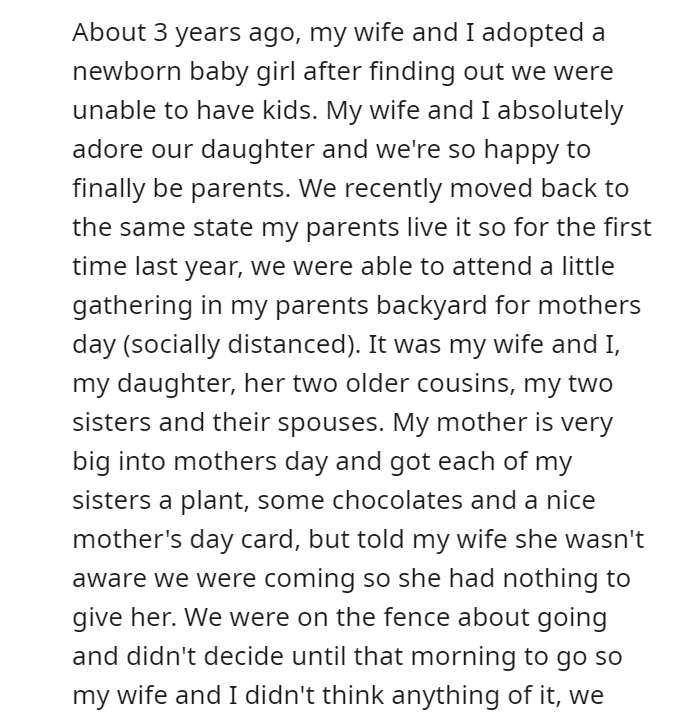 The man’s mother got all the women of the family gifts, except his wife. She also told her she isn’t a real mother, which stirred up drama. 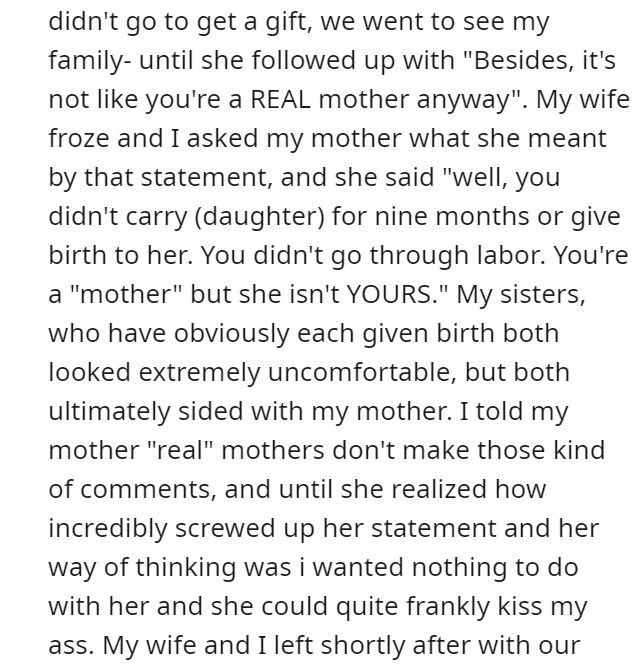 The man cut off with his family and his sister cursed him for ignoring the family and ruining their holidays.

This is the explanation the man gave for thinking he might be in the wrong:

In my opinion, his mother is a terrible person and deserves to be completely cut off. Her comments were extremely harsh and completely unnecessary. The man and his wife should not speak to his family until they choose to apologize wholeheartedly. This was completely uncalled for, and that too, on a special event. 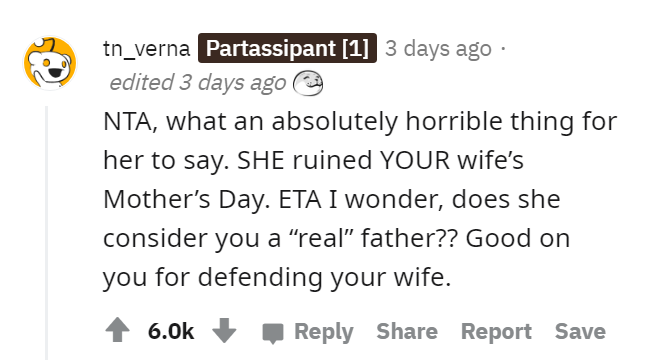 She probably waited so long to celebrate this day.

They don’t deserve to be spoken to unless they apologize. 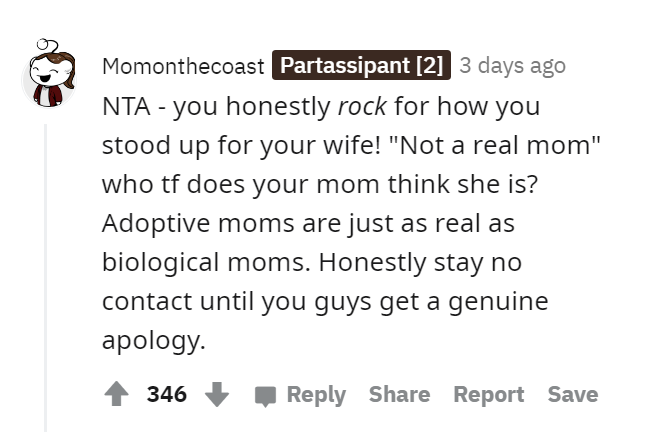 As I said, loyalty is what makes you family. 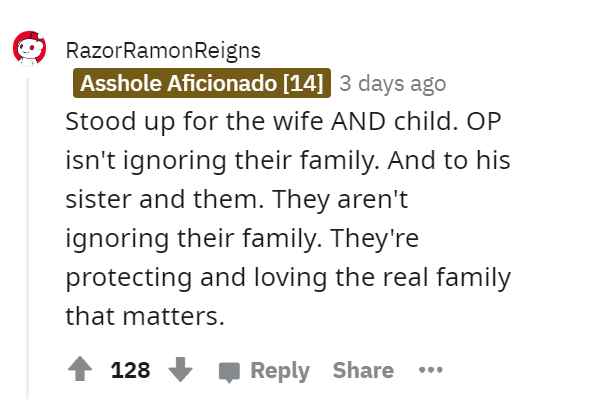 His mother is the only one to blame here. 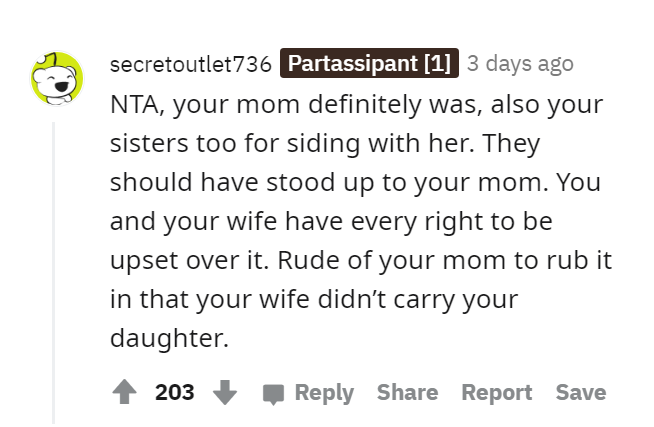 Giving birth is not the only requirement of being a mother. 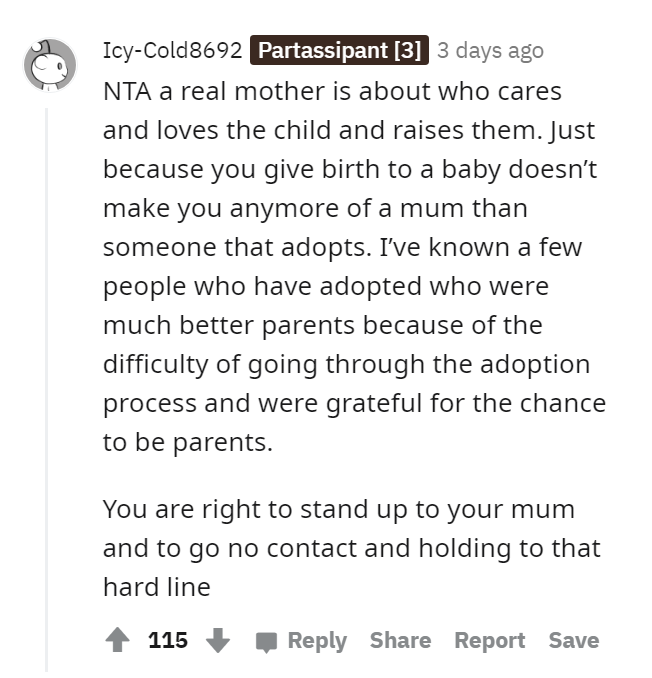 Do you think the man did the right thing or did he overreact? Share your opinion with us in the comments below.