Nobody wants to feel like a guest in their own home.

Even if you are just renting a place, for the time you are paying, it is technically yours. And that means coming home whenever and not having to answer to anyone. So it can be pretty weird when your new roommate wants you to send her a text whenever you are coming home. Lots of people move out of their parent’s house because of this so why would anyone agree?

I understand feeling anxious to see someone when you aren’t expecting it but they are your roommate after all. And it’s never a good idea to spring a request at the last possible moment so they are pressured into saying yes. I mean this new roommate asked him when she was in the middle of moving her furniture. If this was such a big deal, she should have mentioned sooner.

Things seemed great at first with how quickly he found a roommate. 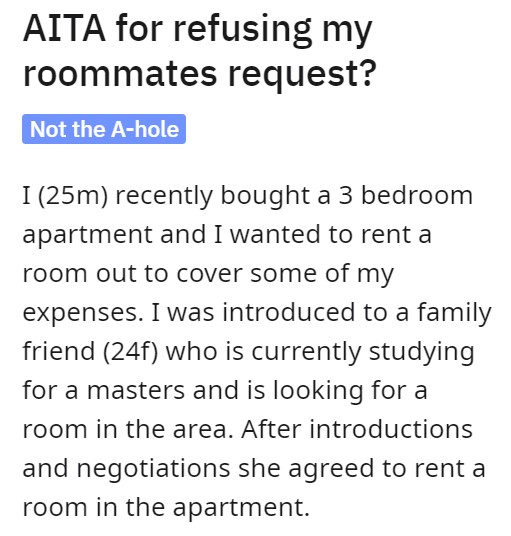 That sounds like a great deal to me. Who wouldn’t want that? 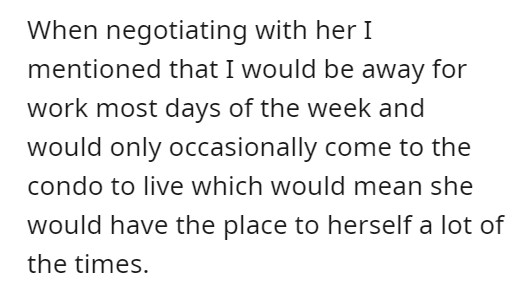 But at the last possible moment, she made a request. 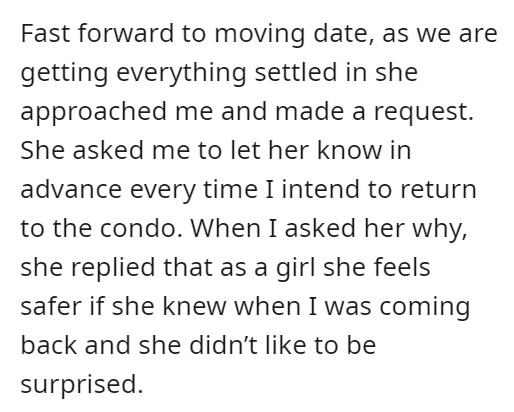 I can sort of see her side of the story but she should have communicated this sooner. 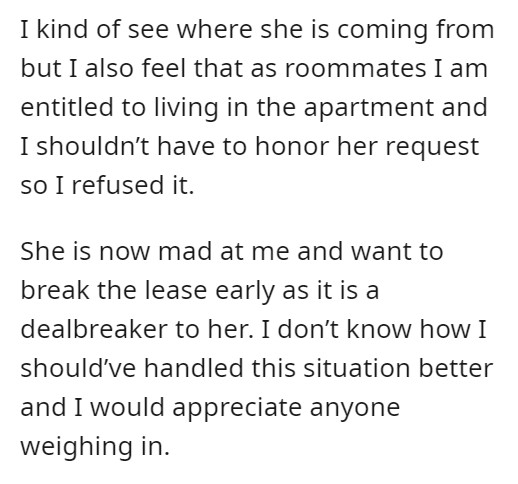 I agree she’s TA for timing but also TA for the fact that she presented it as an ultimatum. If she just explained her reasons they probably could’ve worked something out. Of course, everyone has true deal breakers but part of living with someone is negotiating things like this. –alixanjou

But he did decide to break the lease in the end. 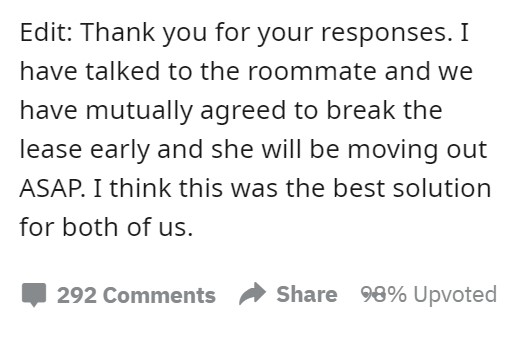 I would definitely be suspicious if someone asked me this. 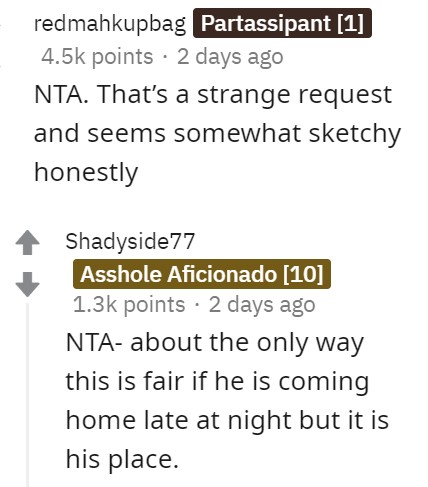 As a woman, I understand her request and do not think it is strange. It can give you the scare of a lifetime when you suddenly have a guy standing in your place when you didn’t expect it. Emphasis on your place. It’s not hers, it is yours. She made her request waaaay too late.

I’d still let her out of the lease though as it is so early on. –adorable_elephant

I mean she isn’t wrong for wanting some semblance of privacy. 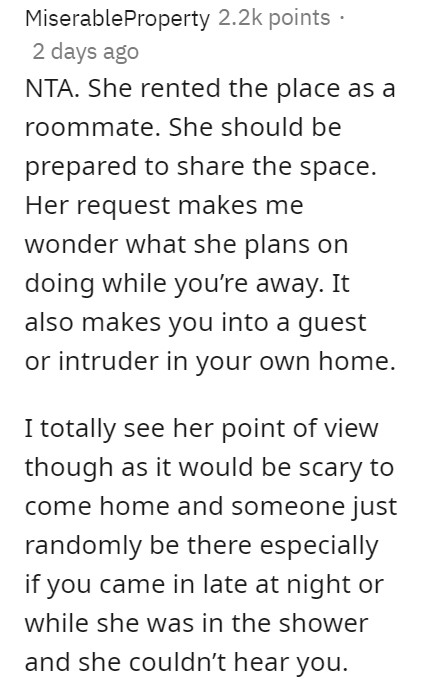 But she should have known this beforehand. 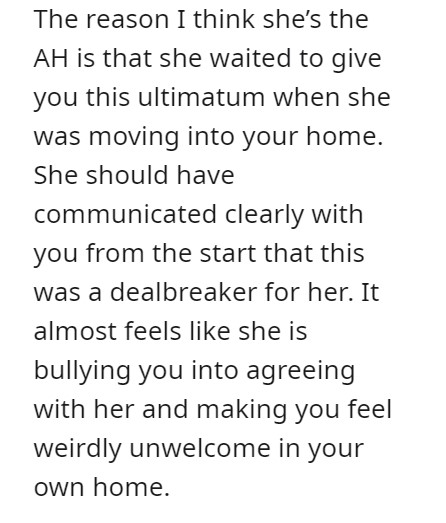 He even added a little bit more into what happened. 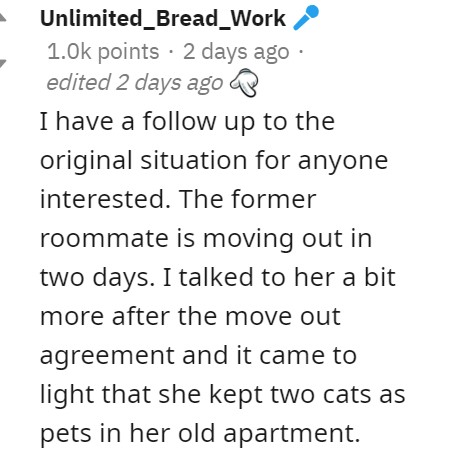 According to him, she did this to hide her pets. 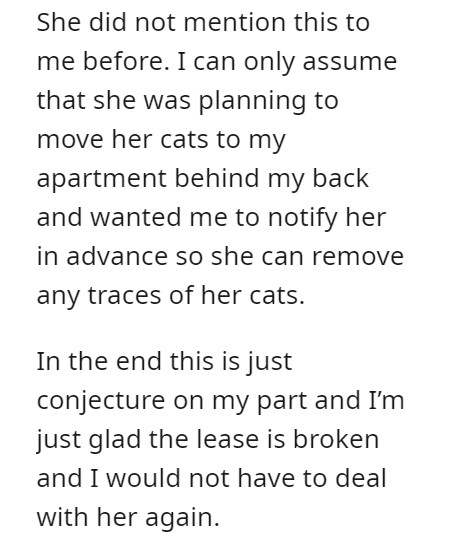 This sounds like some dumb shit I’d have tried when I was younger because I love me some kitties.

But then, I’d have just never moved somewhere that didn’t allow pets if I already had them, period. Unless you’re severely undercutting market rate and she’s desperate, it’s a bad sign on her part as a pet owner that she was even willing to risk it. –TimelessMeow

However, at the end of the day, she was in the wrong here. 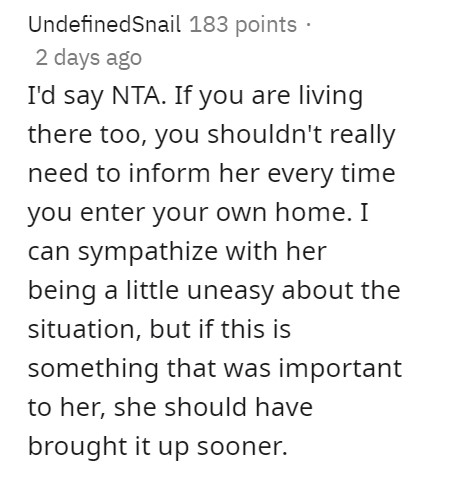 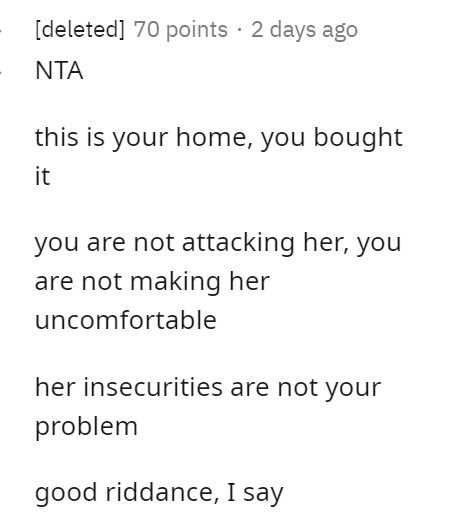 What are your thoughts on this? Do you think the girl’s request was too much? Comment down below and let us know.