There’s nothing more annoying than people who act like they’re entitled to special treatment.

Like, no, Karen. You’re not special. Please f*ck off. It’s like showing kindness and being polite is a sin these days. You try to be nice towards others as a gesture of goodwill and they start acting like the whole world belongs to them. The worst part is, when you turn them down and tell them “it doesn’t work like that,” they go full psycho. They lash out and start threatening. It’s like committing blasphemy by telling them no.

What’s even more scary is that these people have proper psychopathic tendencies. They can even inflict harm on themselves just to frame the other person to get their “revenge.” Basically, they can go to any extent to get their way. A Redditor recently encountered one such woman who basically threatened him over something that she had no say in. However, after settling the matter, the Redditor asked whether or not he did the right thing.

Read the whole story below: 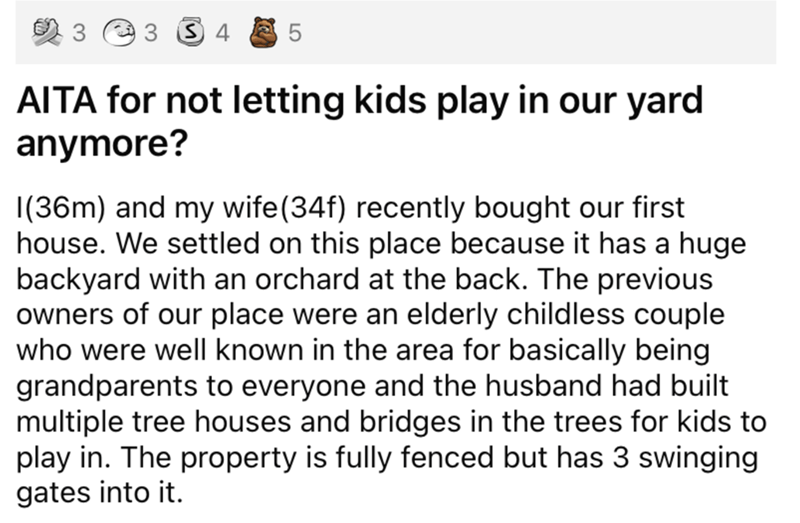 It’s important to note that their property was fully fenced. 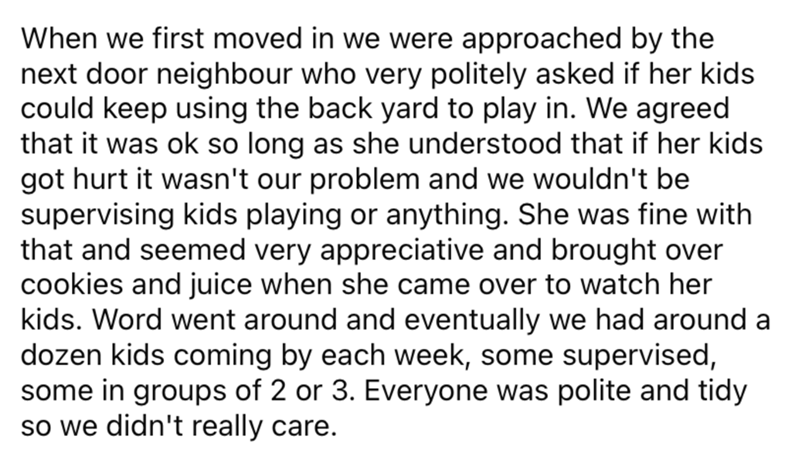 The couple was polite enough to let the kids play in their backyard without any restriction. And it was all going well until they adopted two dogs. 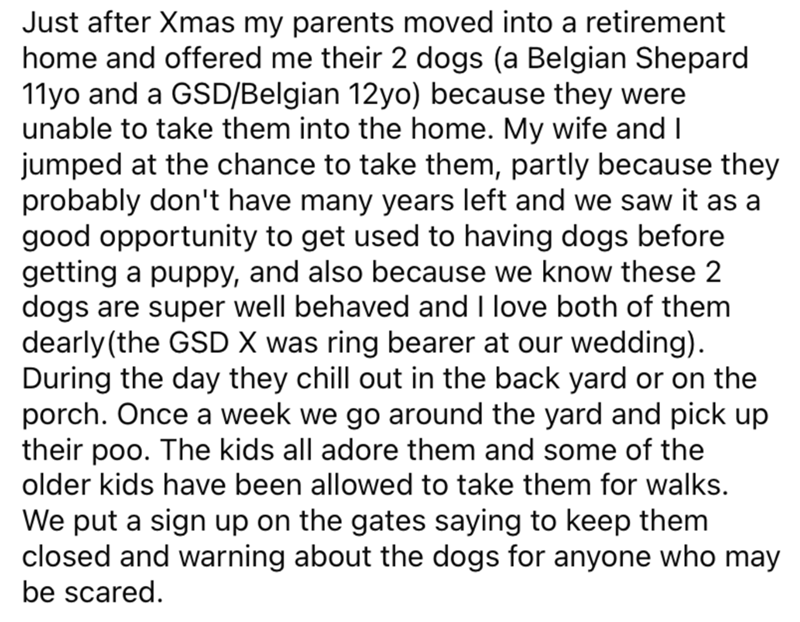 That’s exactly when everything went south. 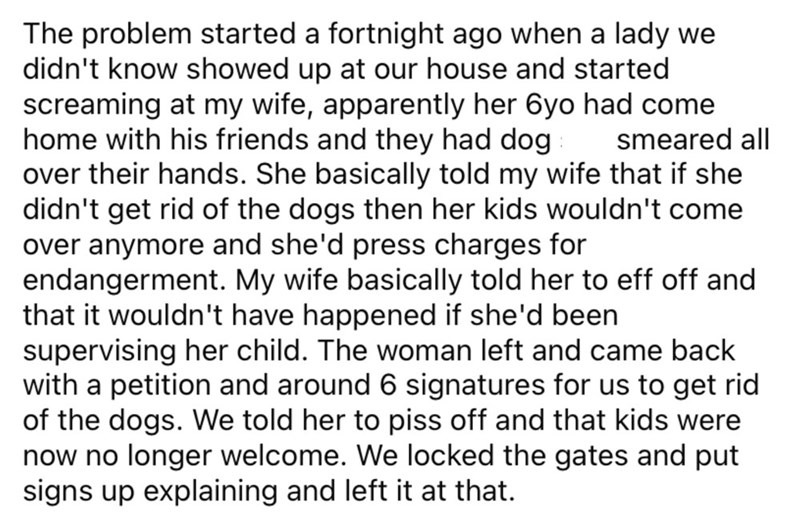 The woman THREATENED them for not letting her kids play in their backyard. That too, for free.

The short answer is no. They weren’t the as*holes. But can’t say the same about the woman. Perhaps, the best way to deal with such people is to always keep some sort of evidence. Like, a video or a voice recording. Otherwise, these people can do anything to frame the person they’re after. The couple in the post above were lucky that the psycho woman didn’t harm her own kid just to get them arrested. These kind of people are mentally sick and need serious, serious help.

Here’s what the Redditors had to say:

Isn’t it a bit too convenient for the neighbors? How they don’t even supervise their kids and easily blame the homeowners in case of a misfortune? 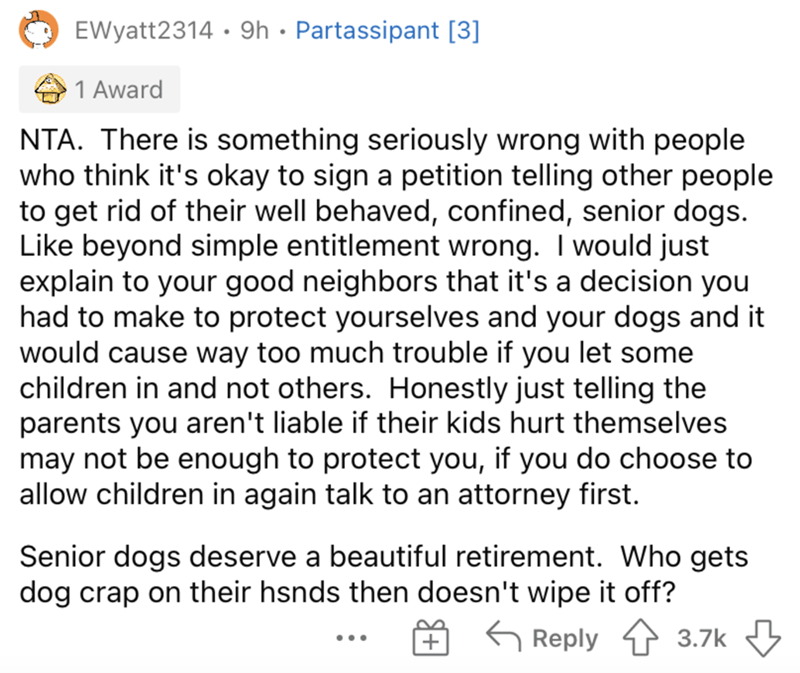 It’s infuriating how she thinks she’s entitled to special treatment.

This is not just an example of a pathetic human but also of a bad parent. What example is she setting for her kid? That it’s okay to claim what isn’t yours?

The problem is people mistake kindness for weakness.

They should’ve exposed them by putting up a copy of that petition. Good thinking.

Selling the play equipment doesn’t sound so bad either.

It’s time we take back control of our lives.

Keeping some sort of evidence is the best measure against cheap people like these. 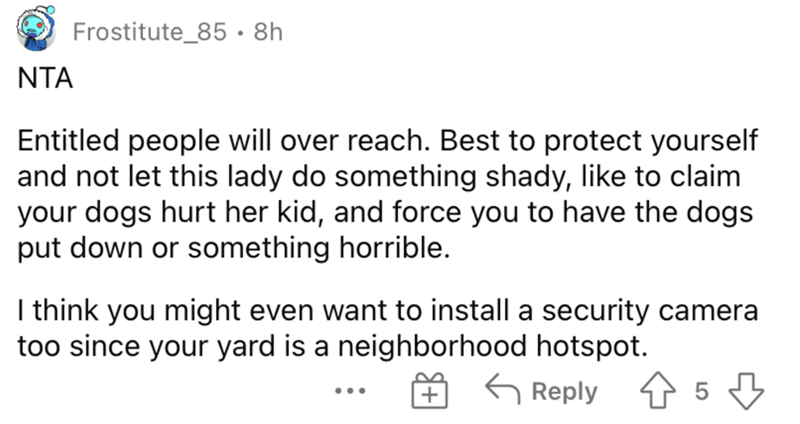 The rest of the neighbors should’ve approached that woman.

It’s shocking how she doesn’t see anything wrong with her unrealistic demand. 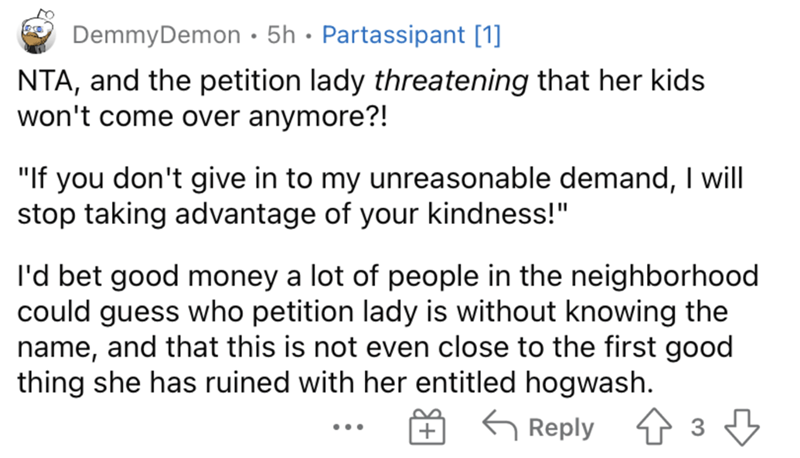 The couple should’ve made them all sign a document stating that the kids can play but at their own risk.

This one’s probably not the best idea but still.

People like these nice neighbors are the reason why everyone has trust issues and why no one ever wants to offer help.

An interesting point. All seven of those people who signed the petition are equally responsible for this pathetic act.

It’s sad how sometimes we have to stop being good because of a few toxic people.

What’s your take on the situation? Do you feel like they did the right thing by permanently closing their gates? Share your thoughts with us in the comments below.