There’s no shortage of stupid out there in the world. I would argue that human stupidity is so vast and incredible that it will never cease to surprise. So when Reddit user Tomyboy asked the internet collective what was the stupidest thing they overheard either by accident or on purpose, the answers were just mindblowing. The conversations people had been so blatantly dumb that I feel like I need to give you all a heads up.

We’re not talking simple miscommunication or something like that, we’re talking people who say one thing, and then disagree with their own statement not two seconds later, in the subsequent response, because they were incapable of grasping exactly what the person meant. Like people who thought that being a chiropractor somehow meant that everyone in your vicinity did not need to get vaccinated for some reason.

“I don’t need to get vaccinated, my dad’s a chiropractor”

I hope he can massage the f*ckin measles out of your bones you nut. She also thought that dinosaur bones were “planted there” 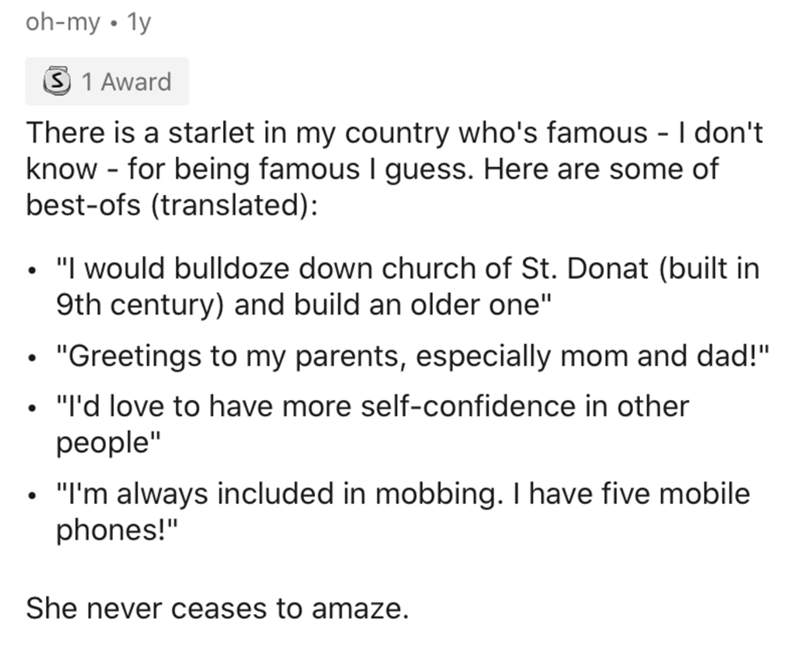 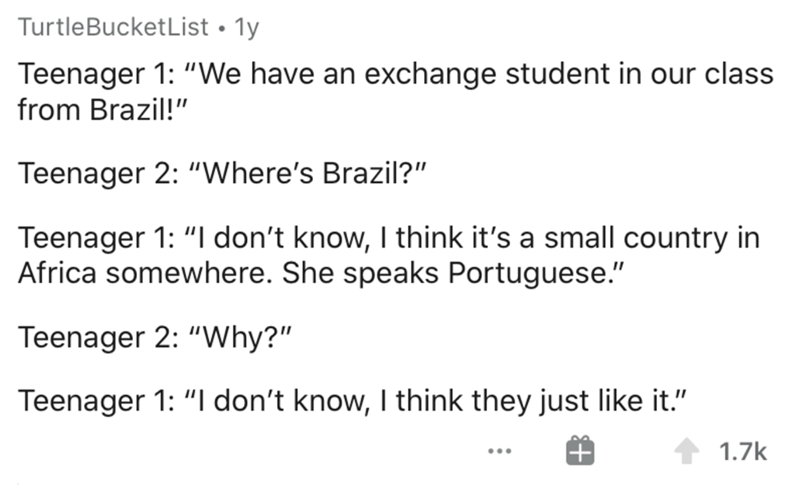 I was in a briefing about s*xual assault prevention (Air Force Group). The O-6 asked us if a female subordinate came to you with allegations of s*xual assault or harassment in the workplace what would you do? A Staff Sergeant with zero f*cks to give raised his hand and when called on said “Sir, I gotta be honest. I wouldn’t believe her…”. The whole room went silent and we watched the O-6 burn a hole through this guy with his eyes. The O-6 then said “That is the worst possible answer you can give me, people.”. 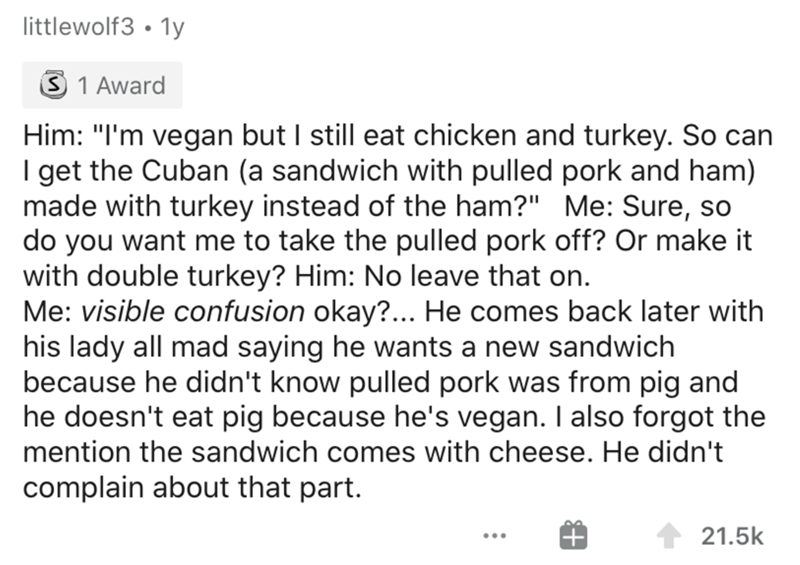 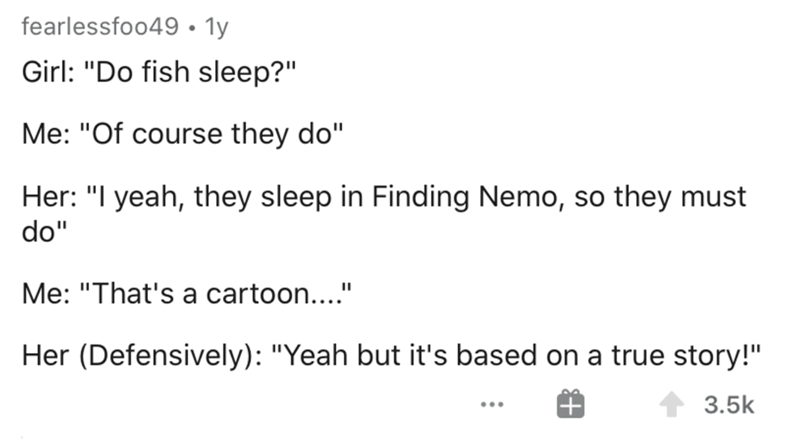 “Hell yes, bratwurst! Wait, do bratwursts have sausage in them? I’m allergic to sausage.” 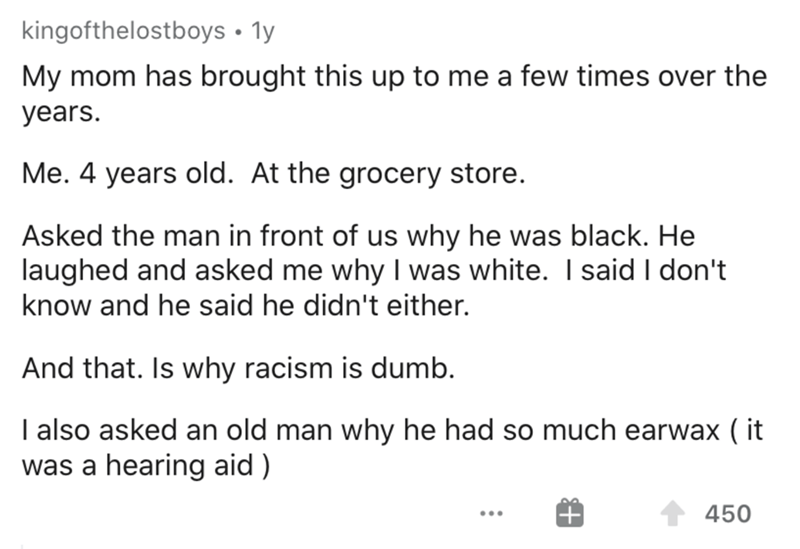 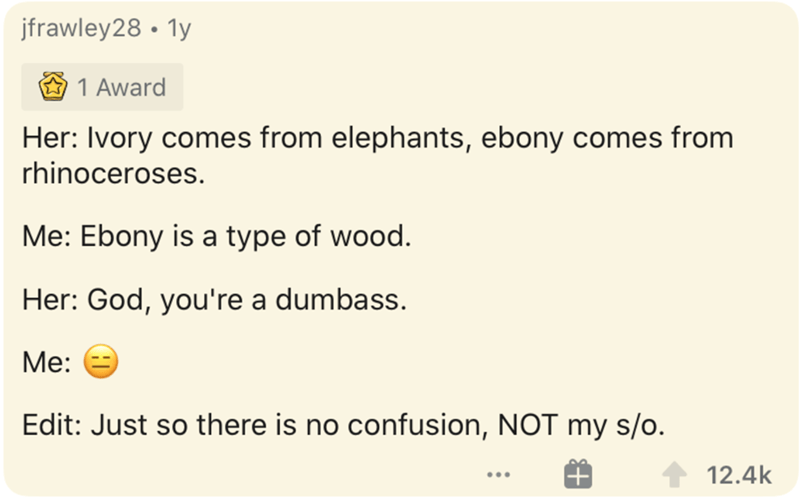 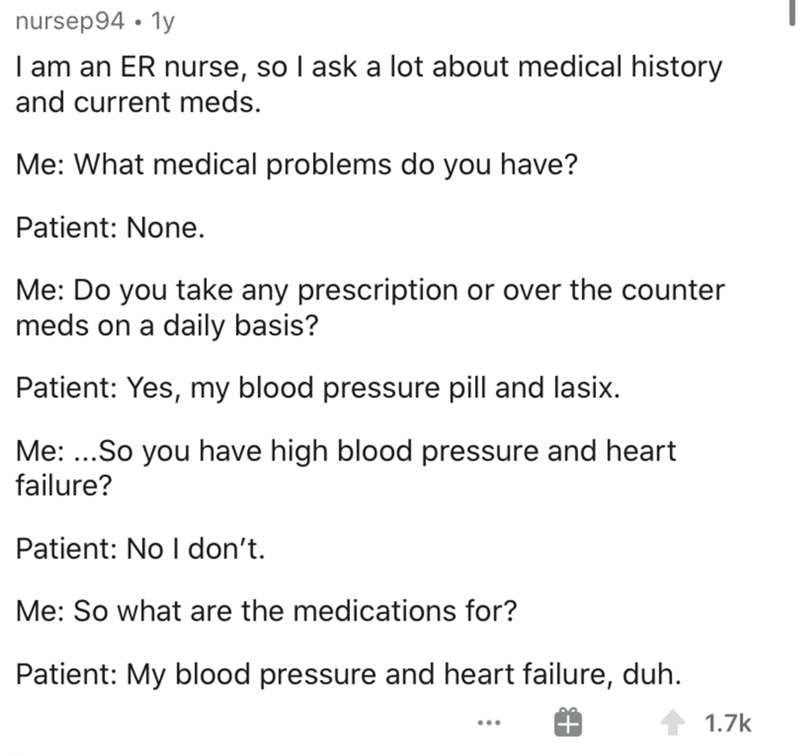 went to college in a small town and every Thursday they would have a mobile DMV. When I had to get my liscence renewed they were having trouble with the internet. The woman in charge instructed the other woman working there to “shake out all the wires because sometimes the information gets clogged up in them.” 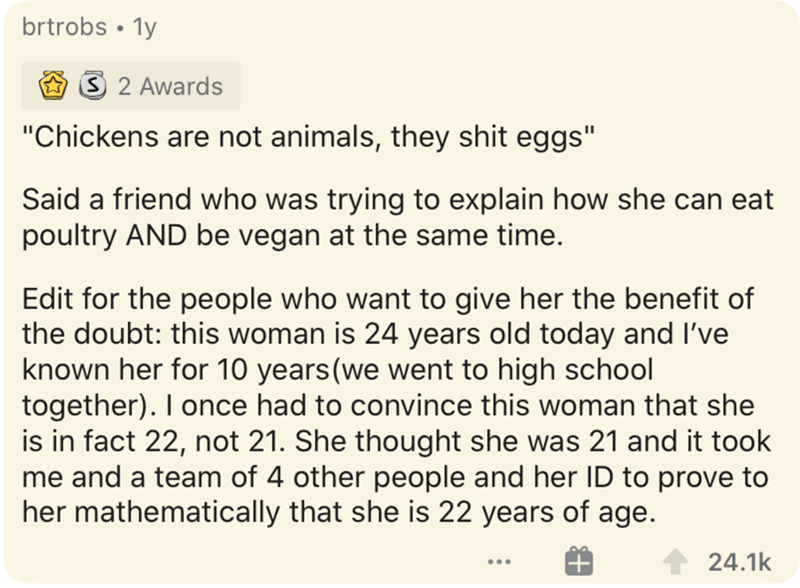 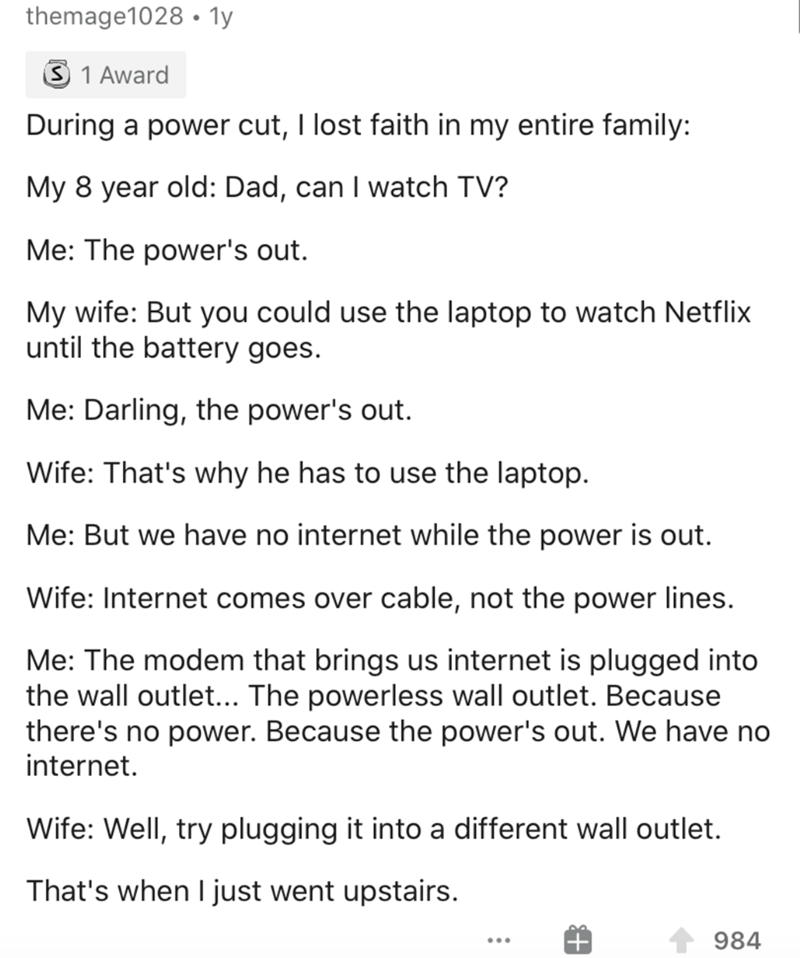 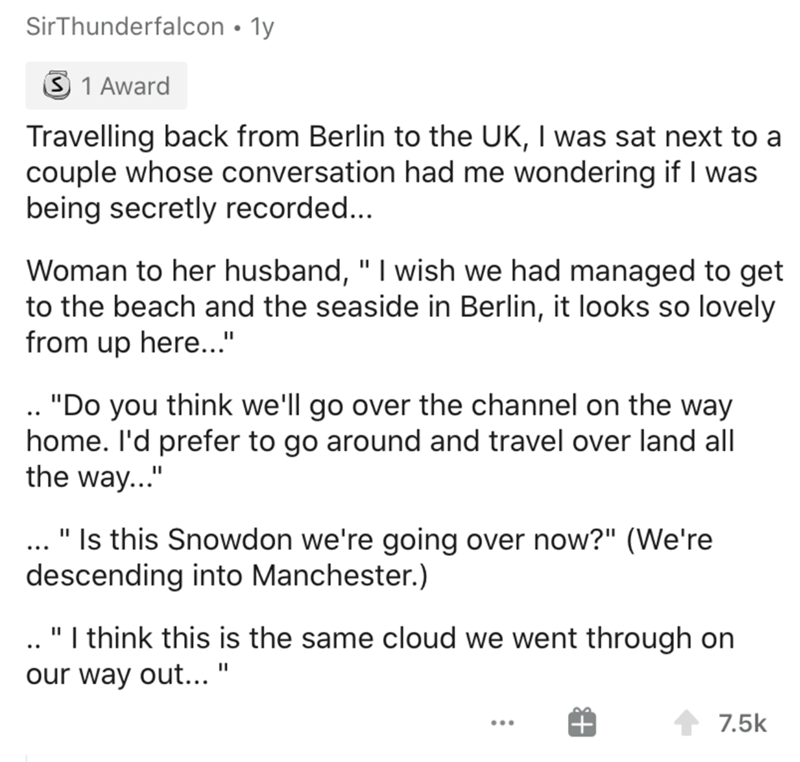 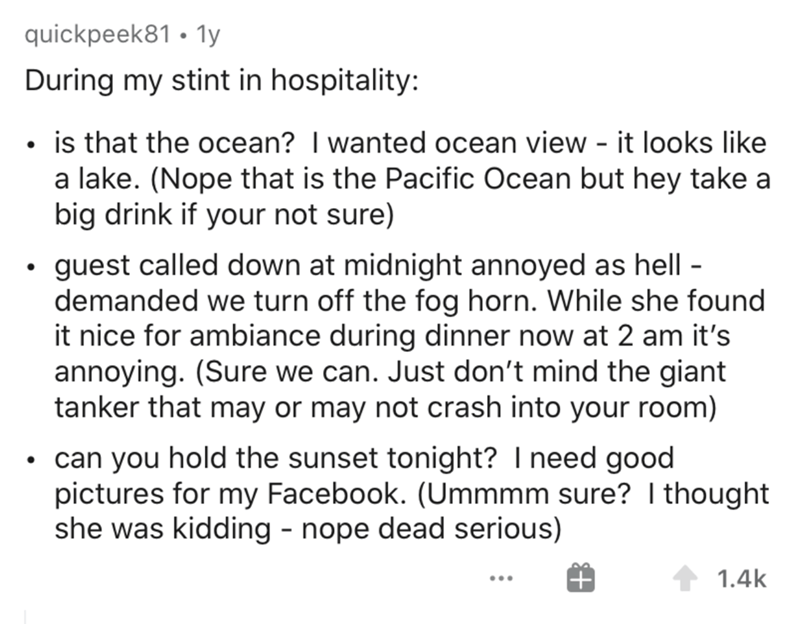 “The moon’s distance from the earth is less than 100 kilometers.”

When corrected, he just said “Well, then it’s probably 110 kilometers.” 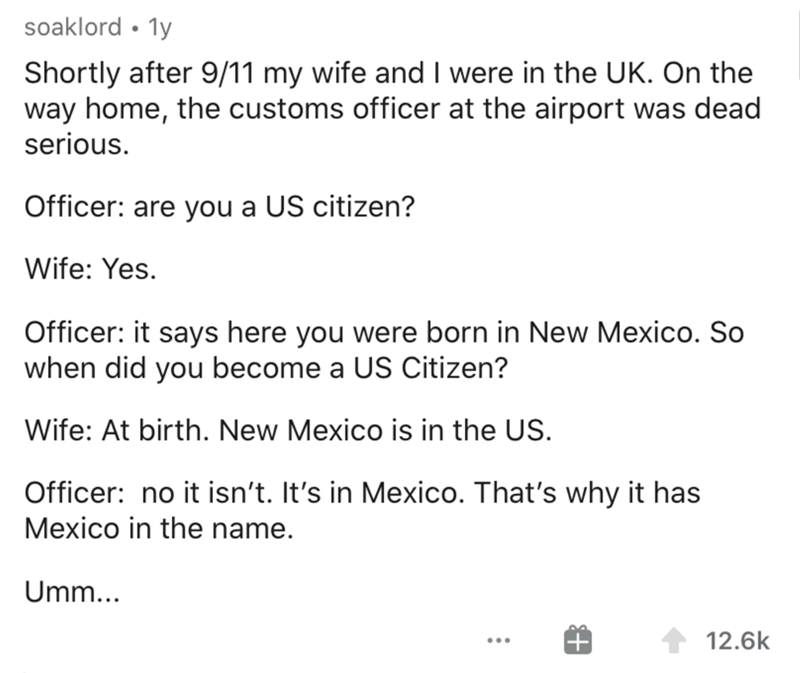 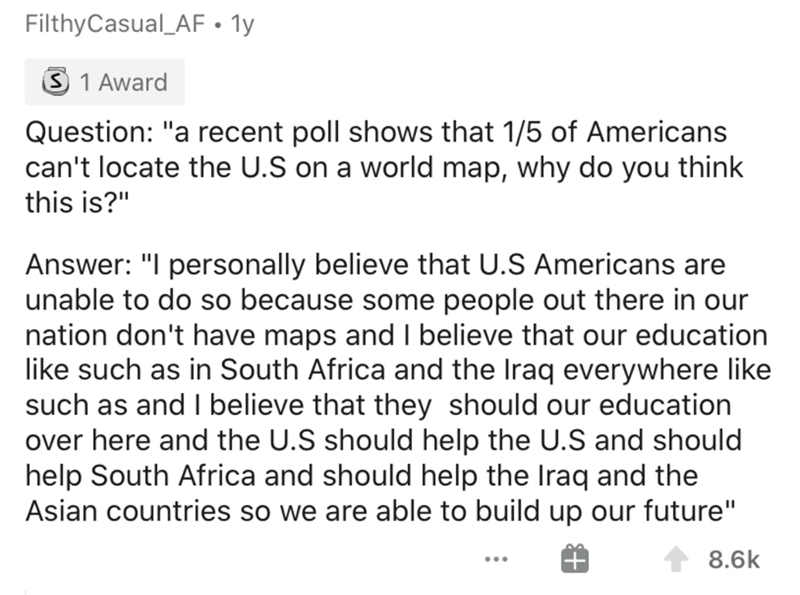 Do you have stories that can compete? Tell us in the comments!