It is okay to ask for help.

After all, we are only human and nobody expects us to be perfect all the time. And if someone is trying to explain what you’re doing wrong, doesn’t mean they are trying to be mean or condescending. It might just be that they want to see you thrive and want to help you. Always being negative at a job helps no one. But this particular manager couldn’t understand this.

She had become a supervisor only recently because the previous one had an emergency. This meant she was no equipped to deal with the problems that arose every day. And the cherry on the cake was that she hated asking for help. That also meant workers had to work around her mistakes thus leading to late work and missed shifts.

However, they usually managed. Except when one day when she really messed up and that cost her a job.

This is an old story but that doesn’t make it any less fun. 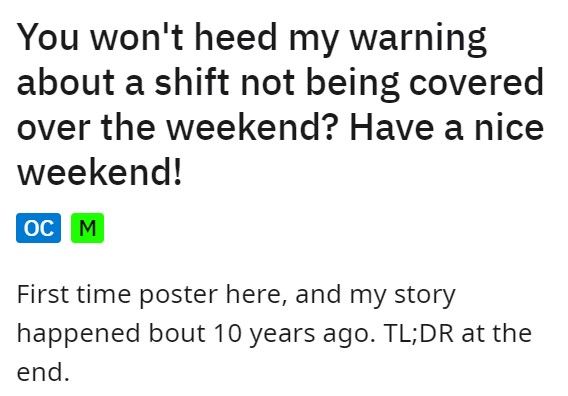 The team always tried their best to cover up Brenda’s mishaps. 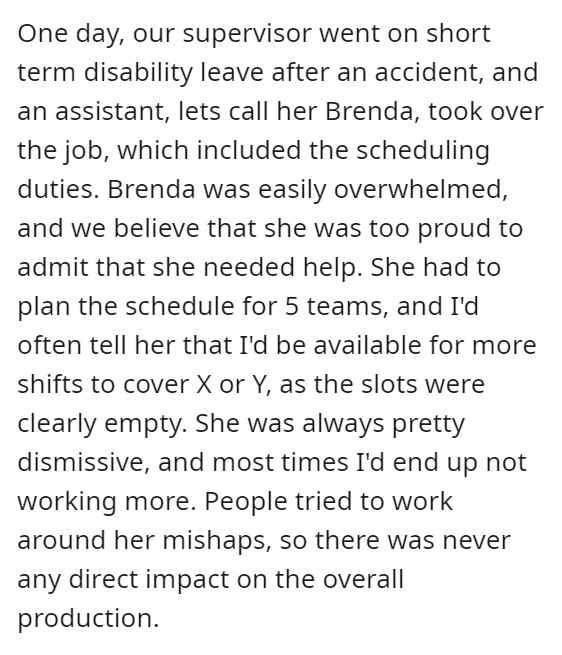 They even tried to warn her but her head was too far up in her own a**. 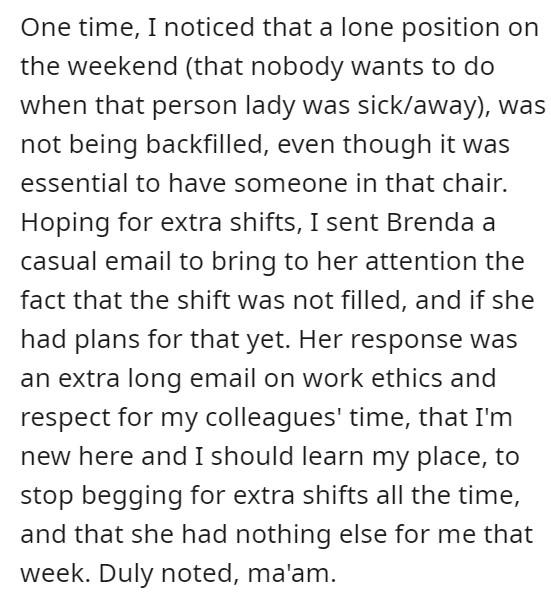 Of course they weren’t going to bring it up again. One warning was enough. 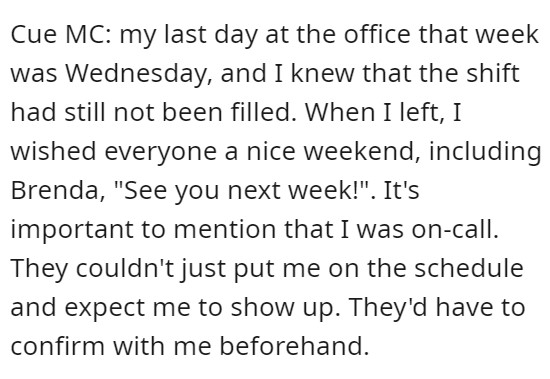 The upper management was not aware that Brenda had messed up. 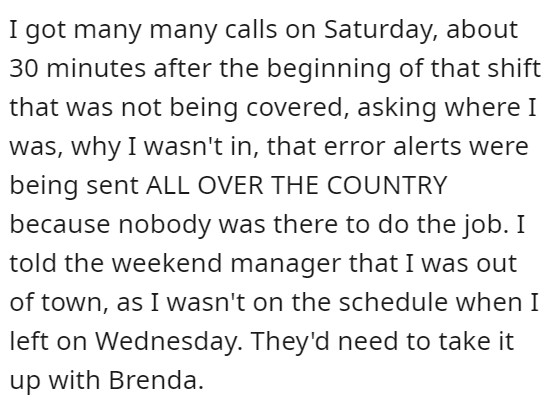 I’ve been the scheduler before… I specifically scheduled myself less then my needed hours cause I knew if there was no one coming in… I was coming in. There are always emergencies etc. If you have a staff of over 15 you should plan on at least one shift a week having an “omg I’m so sorry I can’t make it”.

A lot of times you can get people to cover… but if you can’t that’s your job. Also why management should be fully trained in every position. –MisfireCu

They tried to put the blame on them but were unsuccessful when he pulled out the proof. 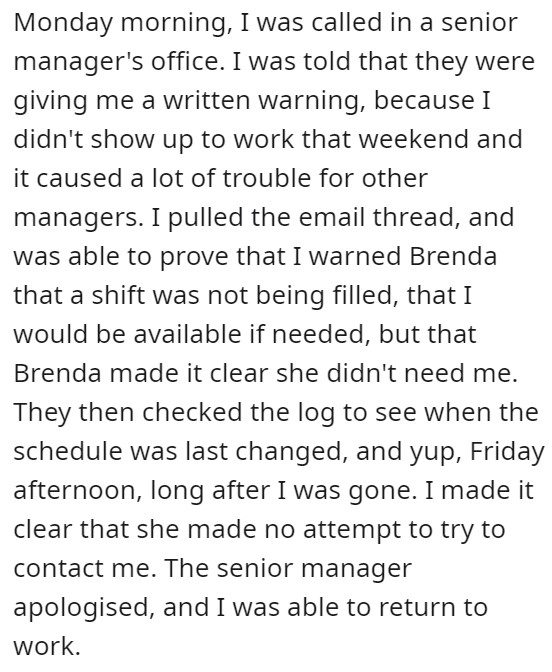 At the end of the day, it all turned out well at least for this person. 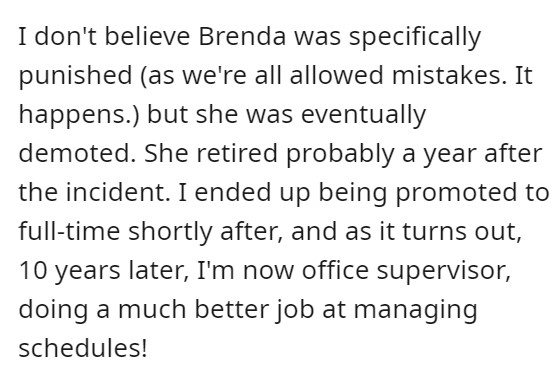 For those too lazy to read the whole post. 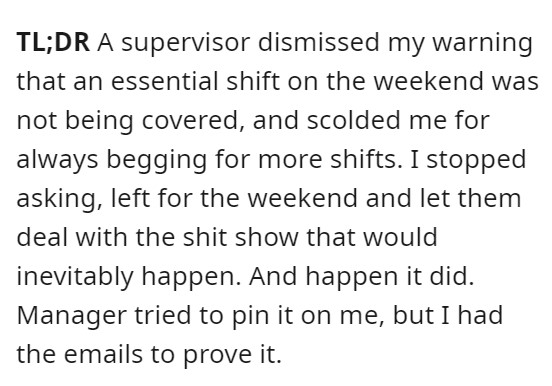 I’ve had similar happen to me when I worked at the Blue Light Special Store. I would check the schedule and see I was off on such-and-such a day, two or three days out. I’d check it daily to make sure, and up until the last day I was working that week, I was scheduled off that day.

Well, like you, I’d be doing something on that off day, and I’d get called, asking where I was, that I was supposed to be working from 8 AM (when the store opened) to 5 PM. I asked when was the schedule changed. They’d say last night before closing. I asked exactly when. They’d say something like 6 or 7 PM. Well, that’s odd, because when I checked the schedule when I left yesterday at FIVE O’CLOCK, it said I was still off. They asked if I could come in. I really needed the hours, but I said I couldn’t, I was in the middle of something I can’t break away from. That “something” might have been watching TV, playing some games, or washing dishes. Or just doing nothing. –PatrickRsGhost

Some extra information about the bits and pieces in the story. 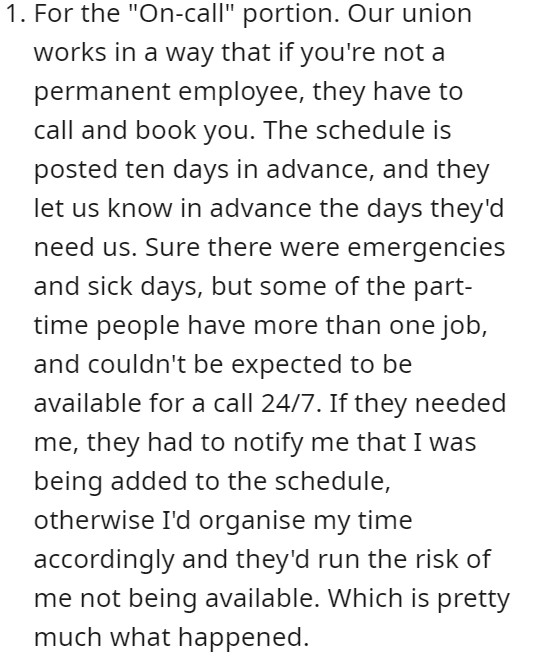 She made a mistake, hopefully, she learned from it. 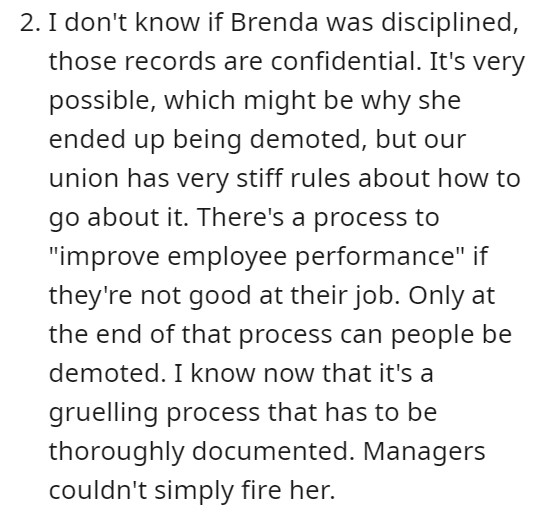 She just didn’t want to be one-upped by the ‘new guy’. 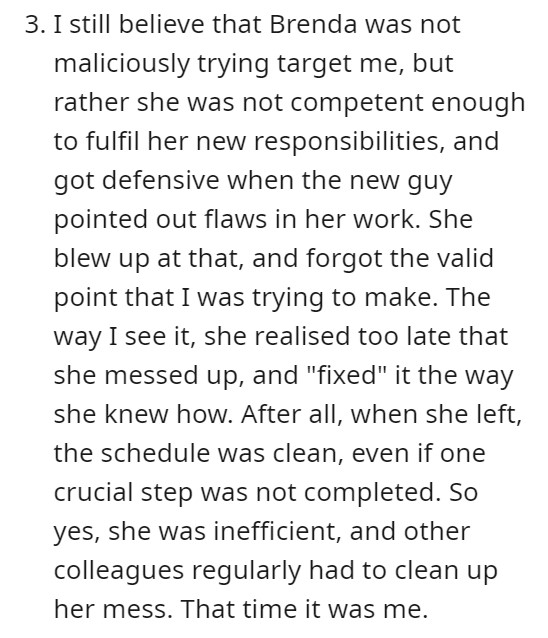 Who knows what she wanted to do. 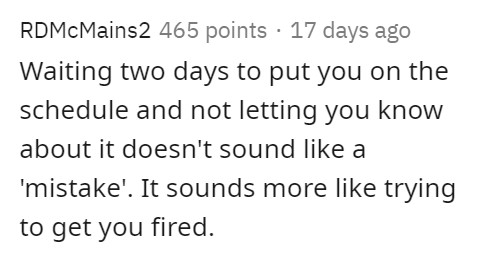 Only she knows and she isn’t telling. 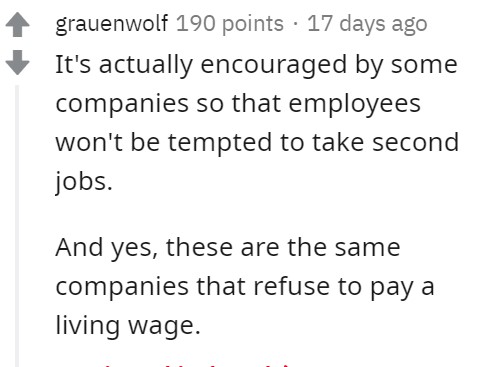 It is good that he didn’t. 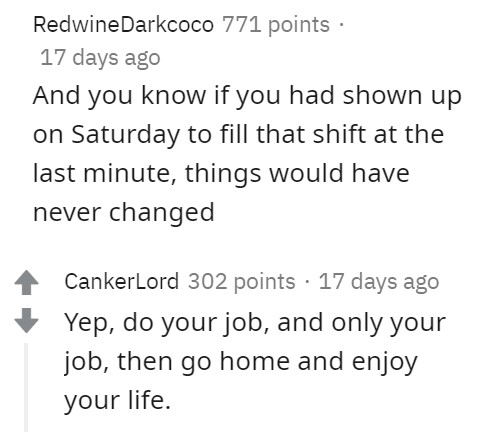 What are your thoughts on this story? Let us know in the comments below. Don’t forget to share the story of Brenda with others.