Cheaters are the worst.

People who go around cheating on their significant others have no morality in them. Even though it is understandable that some people can be unhappy with their partner, cheating can never be a solution to that. Lying is wrong, no matter what the circumstances are. If you are unhappy with your partner, just leave them instead of being unfaithful and humiliating them later. Finding out your partner has been lying and cheating can be a huge blow to your trust. No one is to blame other than the person cheating. However, people usually seem to get mad at the person their partner was cheating with, even when they didn’t know the other person is committed.

This woman shared the story of having an affair with an older man that she did not know was married. She had a son with that man, and he left her saying he already had a wife. Fast forward, the woman became great friends with the man’s daughter and she invited her to her wedding. The woman’s ex had problems with that so the woman asked if she was wrong for wanting to attend the wedding. Scroll down below to read the whole story:

The woman was only 19 years old when she met the older man. After a year and a half, she conceived his son and the man revealed that he was married. The woman later won full custody of the child. 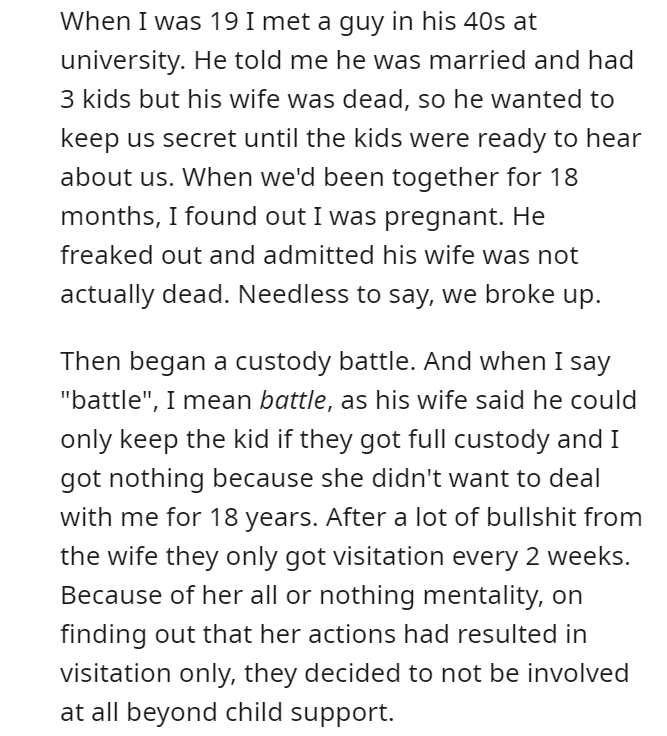 The woman met her ex’s daughter Kate who wanted to stay in touch with her half-brother. During this process, they became very good friends. 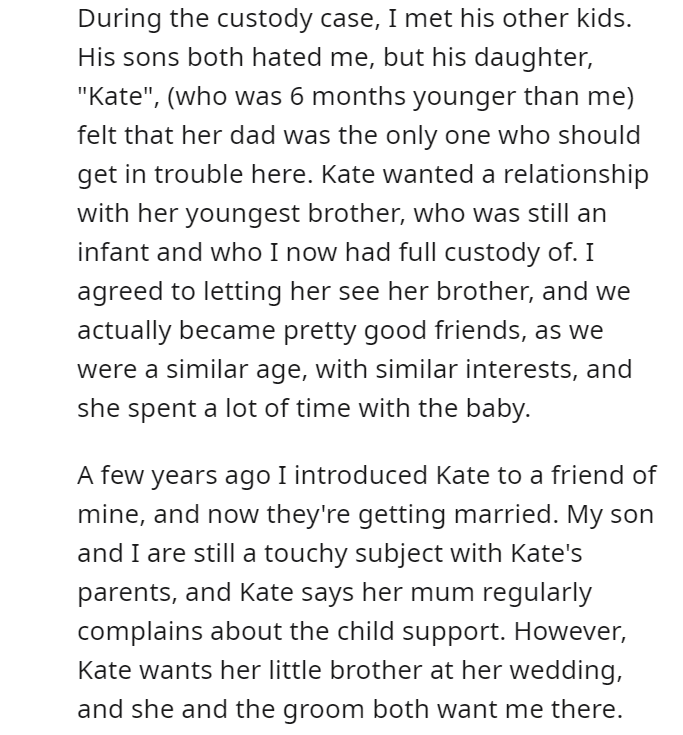 Kate wants the woman at her wedding along with her half brother. But Kate’s mother asked the woman not to show up as she had “humiliated” her enough. 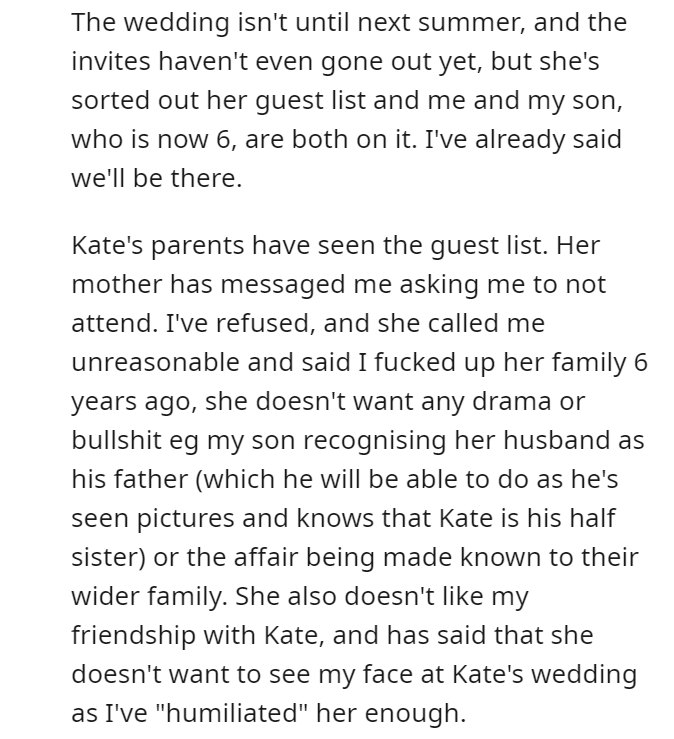 The woman thinks she should attend the wedding as Kate has invited her herself. 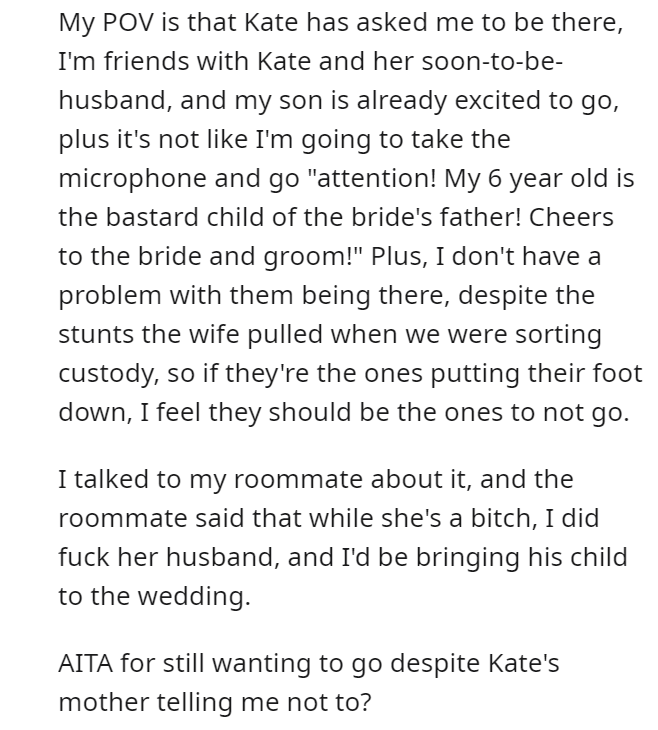 In my opinion, the woman should act in her child’s best interest. Sure, attending the wedding may be fun but it could cause a lot of unwanted drama for her and her child. Her child is too young and is going to get a lot of hate from the rest of the family. The woman isn’t wrong for wanting to go, she has every right to attend it. But it would stir up drama at the scene. 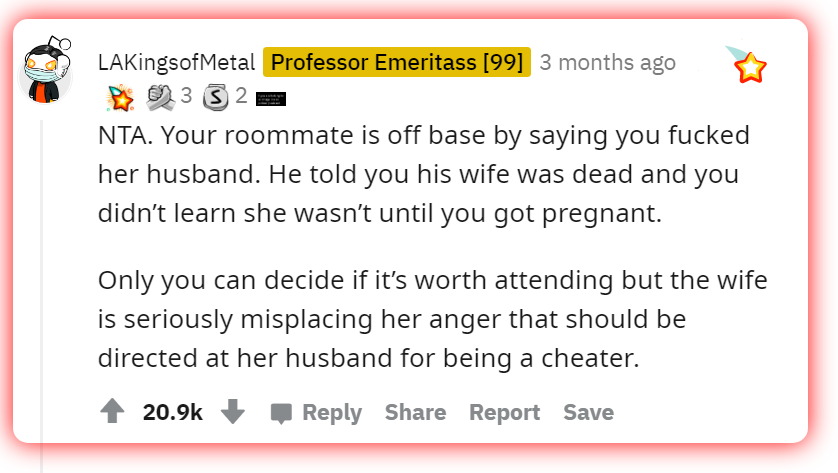 She was not wrong for sleeping with him because she thought his wife was dead. 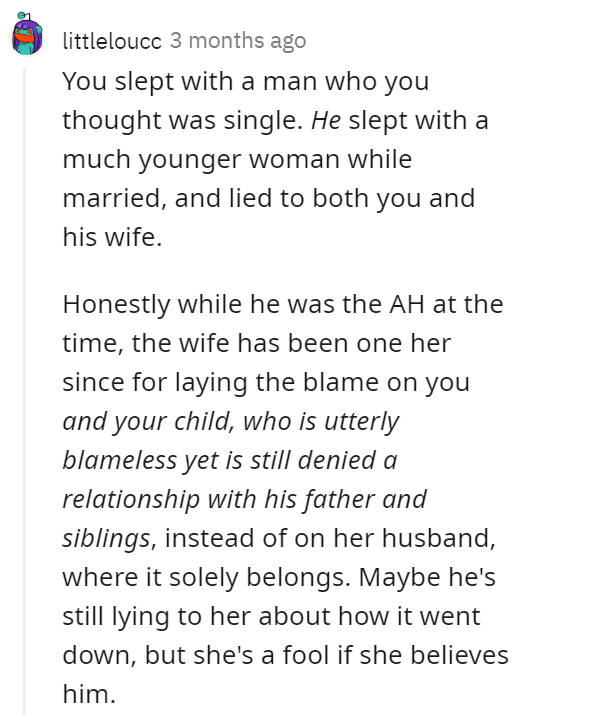 The man’s wife is misplacing the blame and anger. 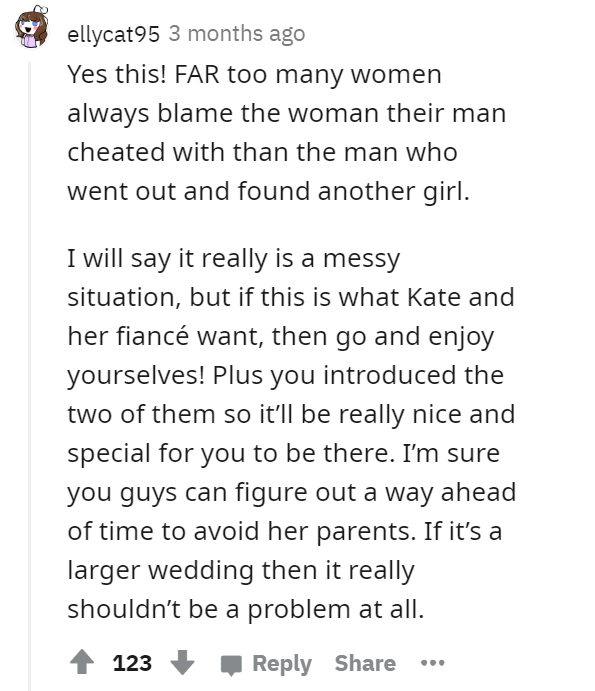 She is not to blame at all. 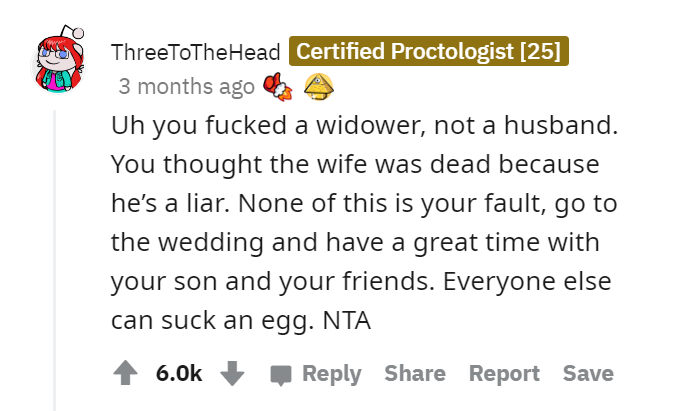 The man was an unfaithful cheater and should be the only one in trouble. 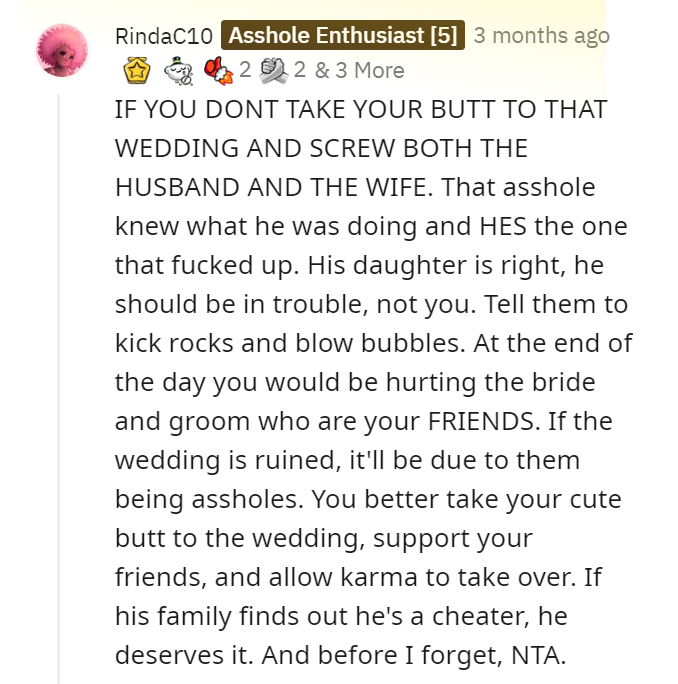 Maybe the woman should just try discussing this with Kate for her opinion. 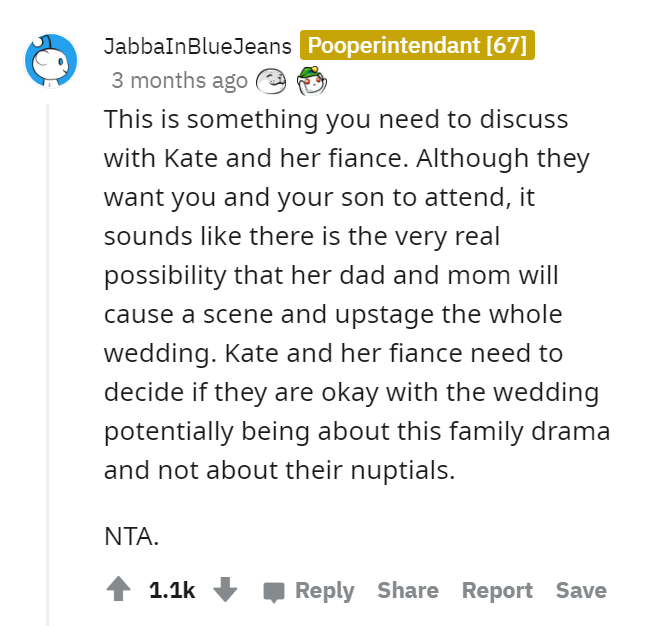 Acting in the son’s best interest would be the wisest option. 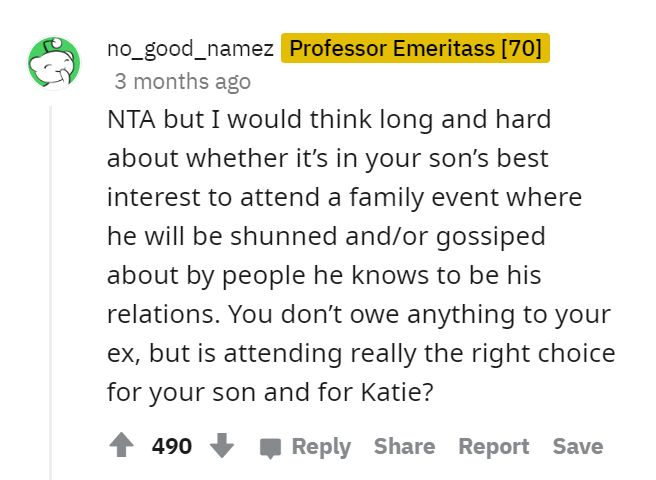 Who do you think is in the wrong here? Do you think the woman should attend Kate’s wedding? Share your thoughts with us in the comments below!